“L.U.C.A.: The Beginning” is about a man named Ji Oh (played by Kim Rae Won) who is being chased because of his special abilities, and a violent crimes detective named Gu Reum (played by Lee Da Hee) who is the only one who remembers him. Other actors in the cast include Kim Sung Oh, Kim Sang Ho, Park Hyuk Kwon, Ahn Nae Sang, Jin Kyung, Jung Da Eun, Kim Min Gwi, and Lee Joong Ok.

Following the main posters, which gave drama fans a glimpse of the impressive cast, the new character posters provide a more in-depth look at the three leads. First up is Kim Rae Won as Ji Oh, whose tagline reads, “The man who is being chased while hiding his abilities that will change the world.” With wounds on his face and eyes full of loneliness and anger, Ji Oh must face off against those who are pursuing him for his special abilities. 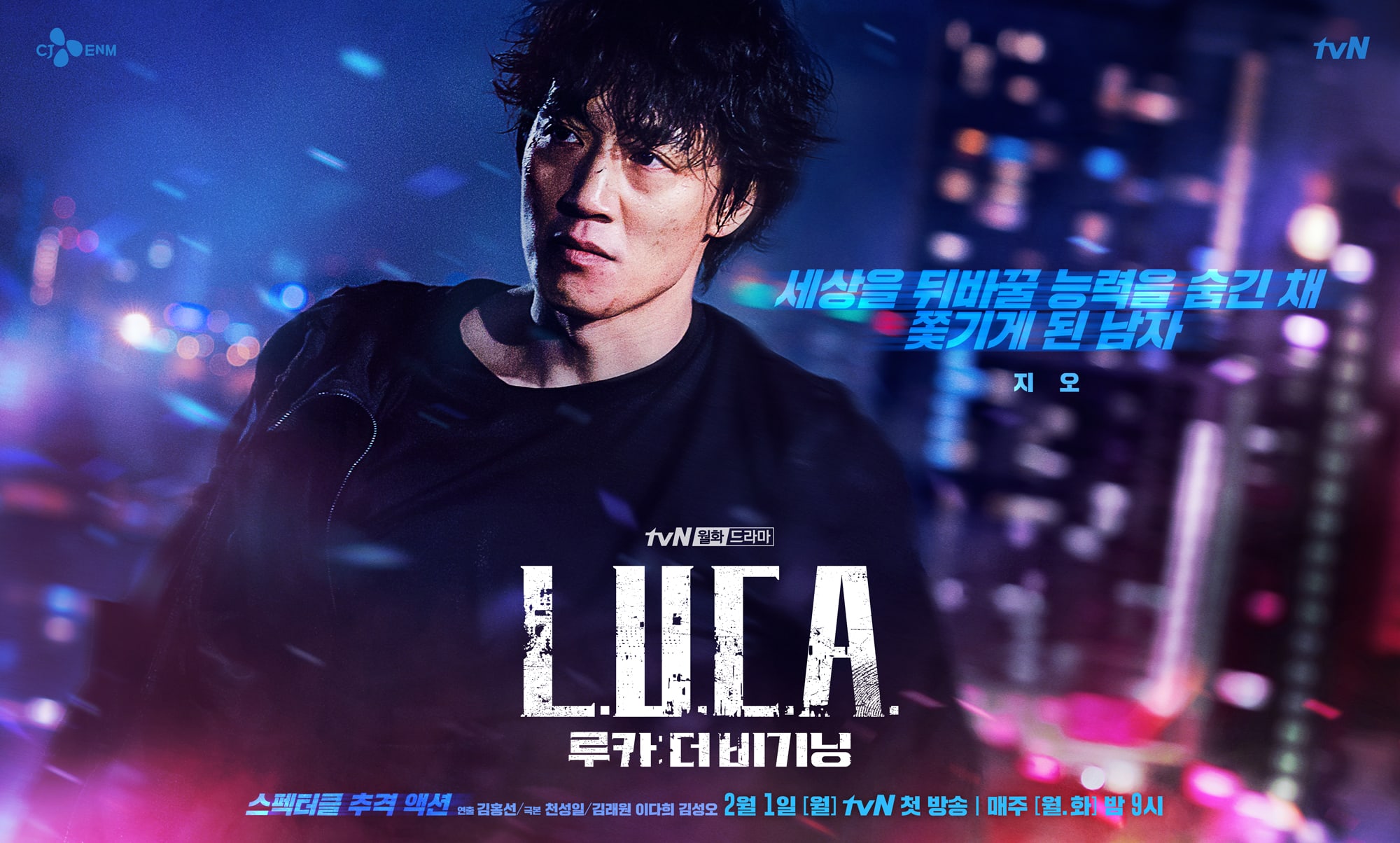 In the second poster, Lee Da Hee crouches behind a car as she holds a pistol close to her face, ready to leap into action as Gu Reum, the charismatic violent crimes detective who is determined to uncover the truth behind her parents’ disappearance. Her tagline reads, “The only woman who remains in Ji Oh’s memory.” 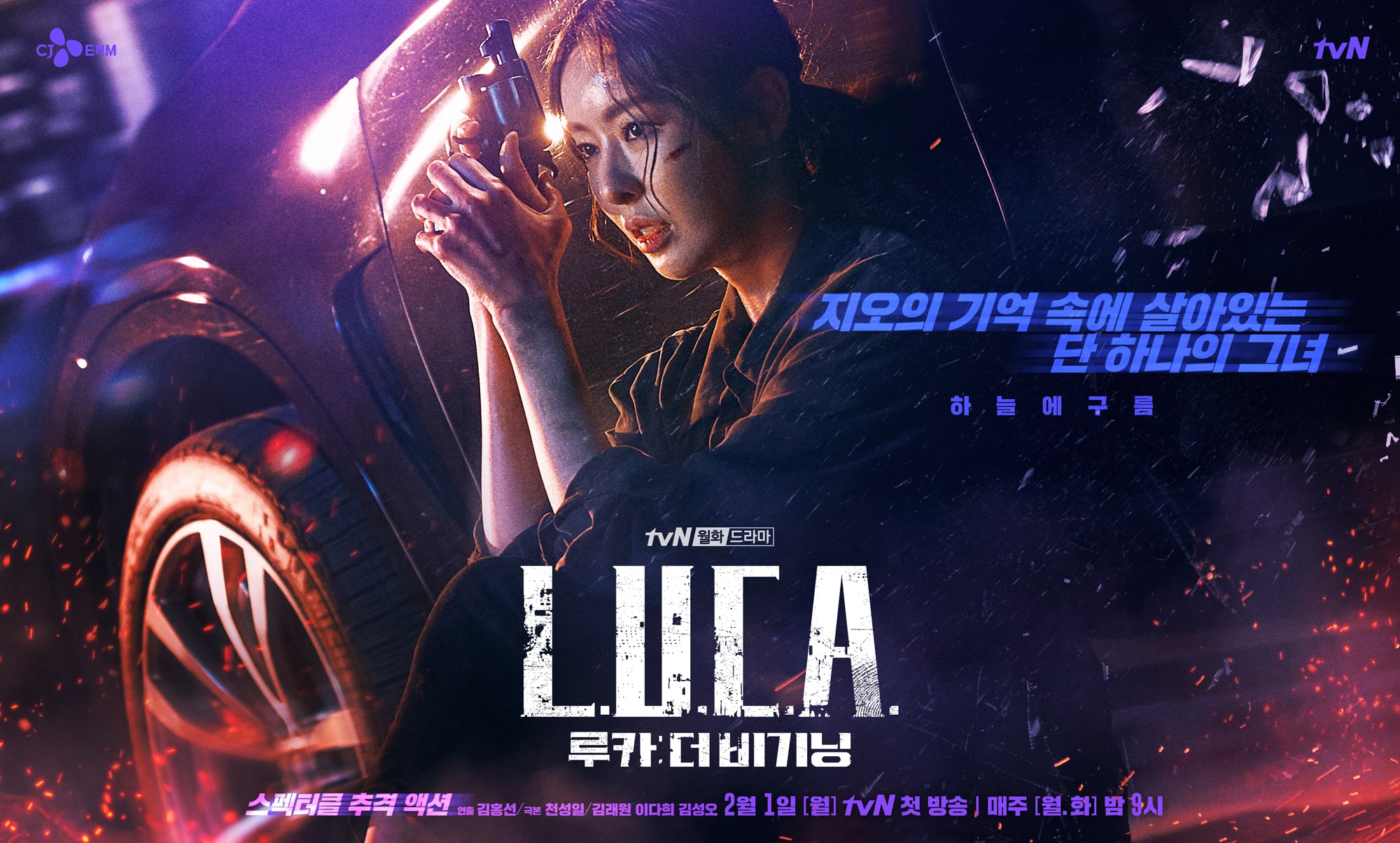 Finally, Kim Sung Oh plays Lee Son, a spy who formerly served in the special forces. His tagline reads, “The man who hunts down Ji Oh with beast-like instincts.” His piercing gaze is proof of his innate skill and hints at the nerve-racking chase that is certain to take place. 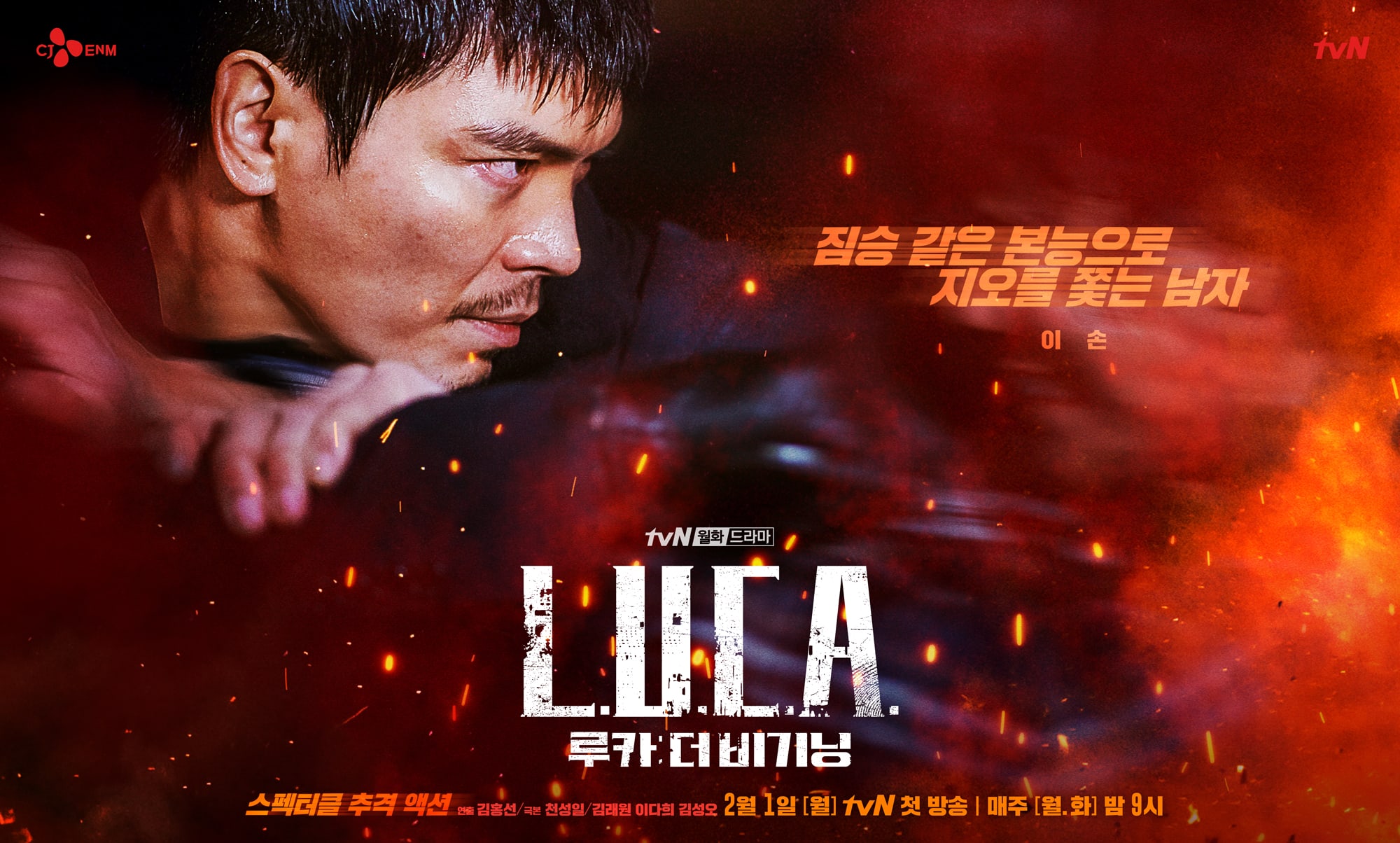 The drama’s production team commented, “An enthralling pursuit that goes beyond human limits will unfold [on screen]. The actors held nothing back as they gave their all to their roles, helping perfect the universe created by the dream team of genre works. Please look forward to the spectacular chase and action that is sure to cause a sensation.”

In the meantime, watch Kim Rae Won in “Doctors” here…