On January 11, Hyeri took to Instagram to reveal that her former “Reply 1988” co-star, who played her older sister in the hit drama, had sent food and a coffee truck to the set of her new drama “Frightening Cohabitation” (working title).

Referring to Ryu Hye Young by her “Reply 1988” character’s name, Hyeri affectionately expressed her gratitude by writing, “My sister Sung Bo Ra treated me with a coffee truck. On top of that, she even sent sandwiches. Yum yum, I’m so happy. Thank you so much, Hye Young unnie, you’re the best. Heart, heart.”

Another banner on the truck reads, “I’m cheering on my little sister Hyeri and the ‘Frightening Cohabitation’ team! From Hyeri’s big sister, Ryu Hye Young.” 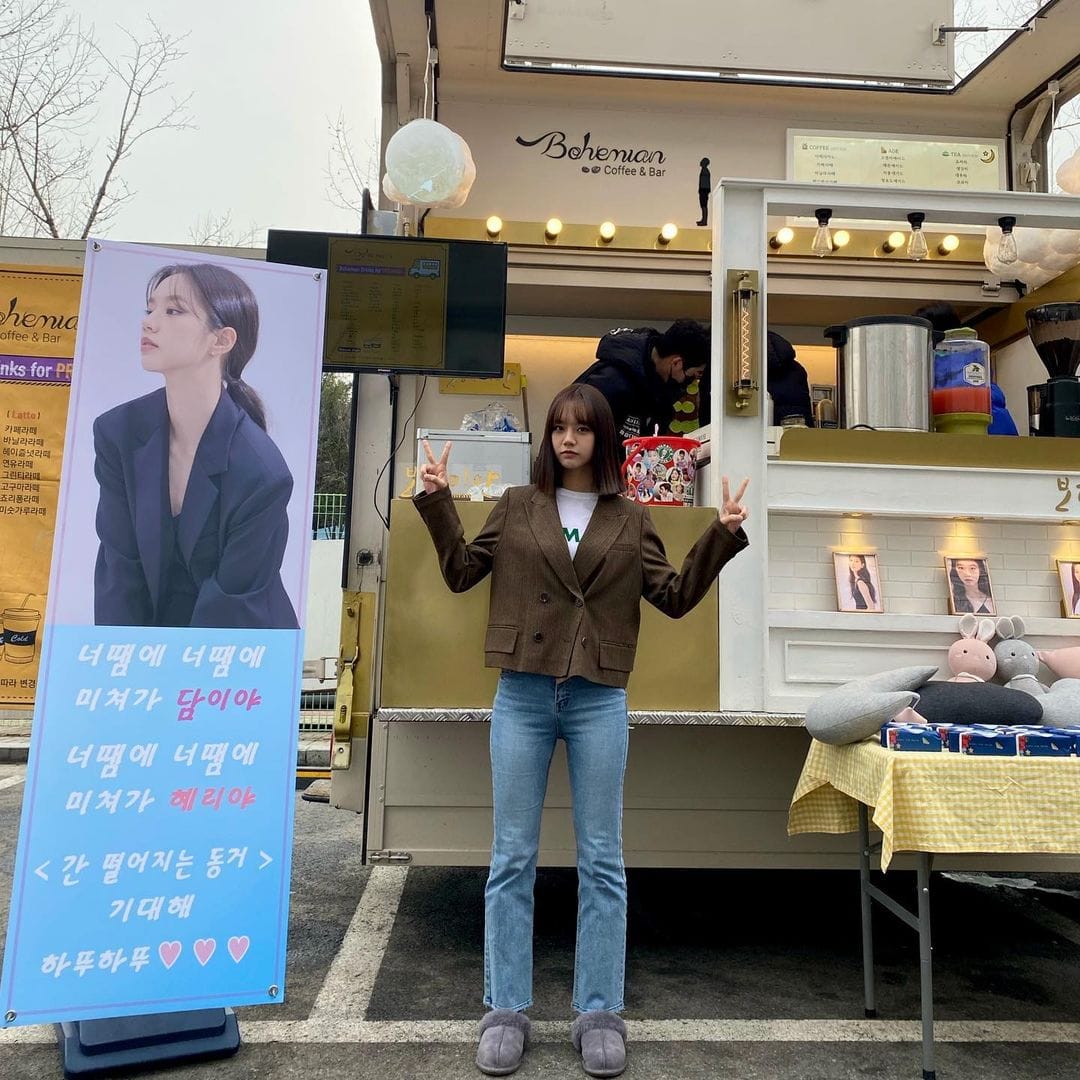 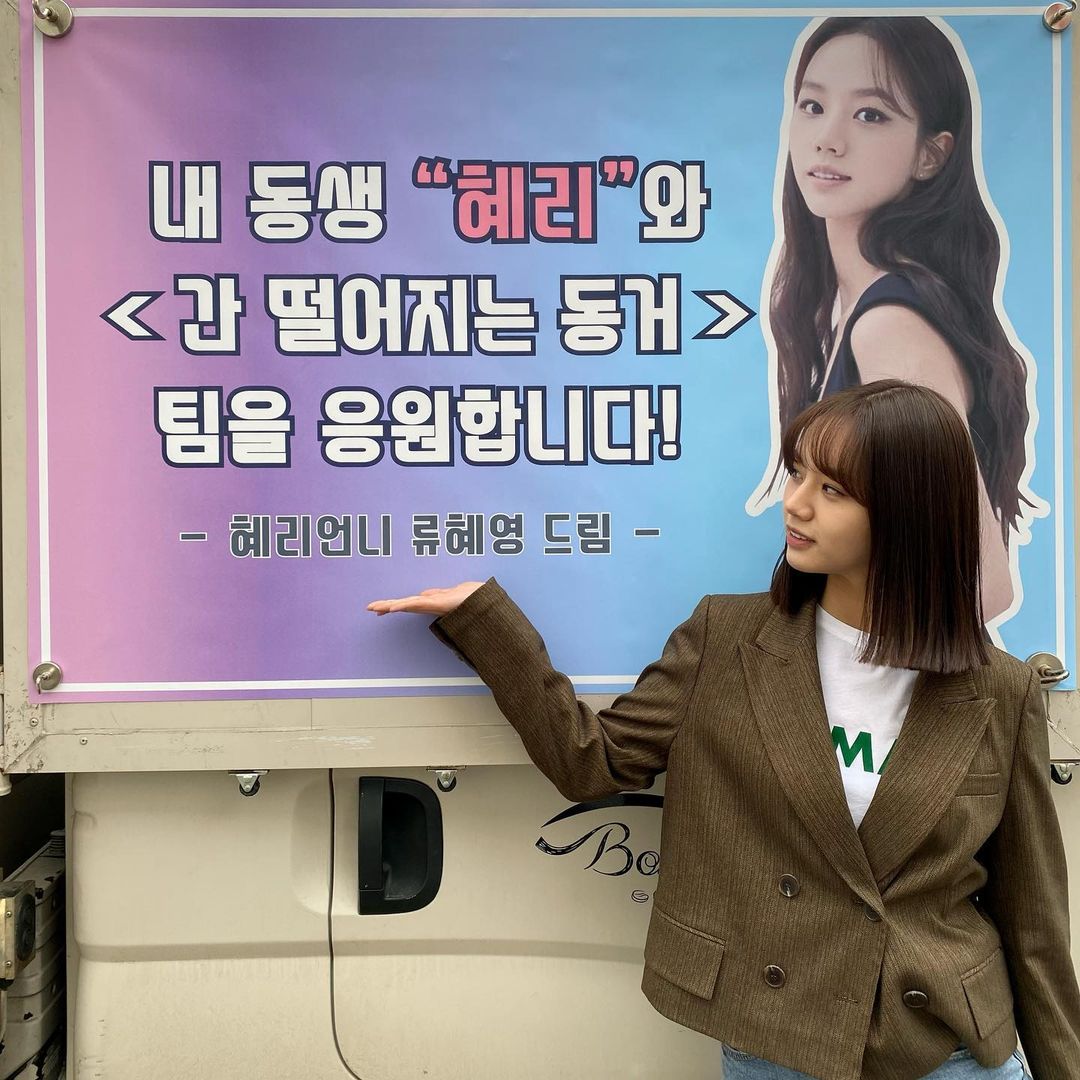 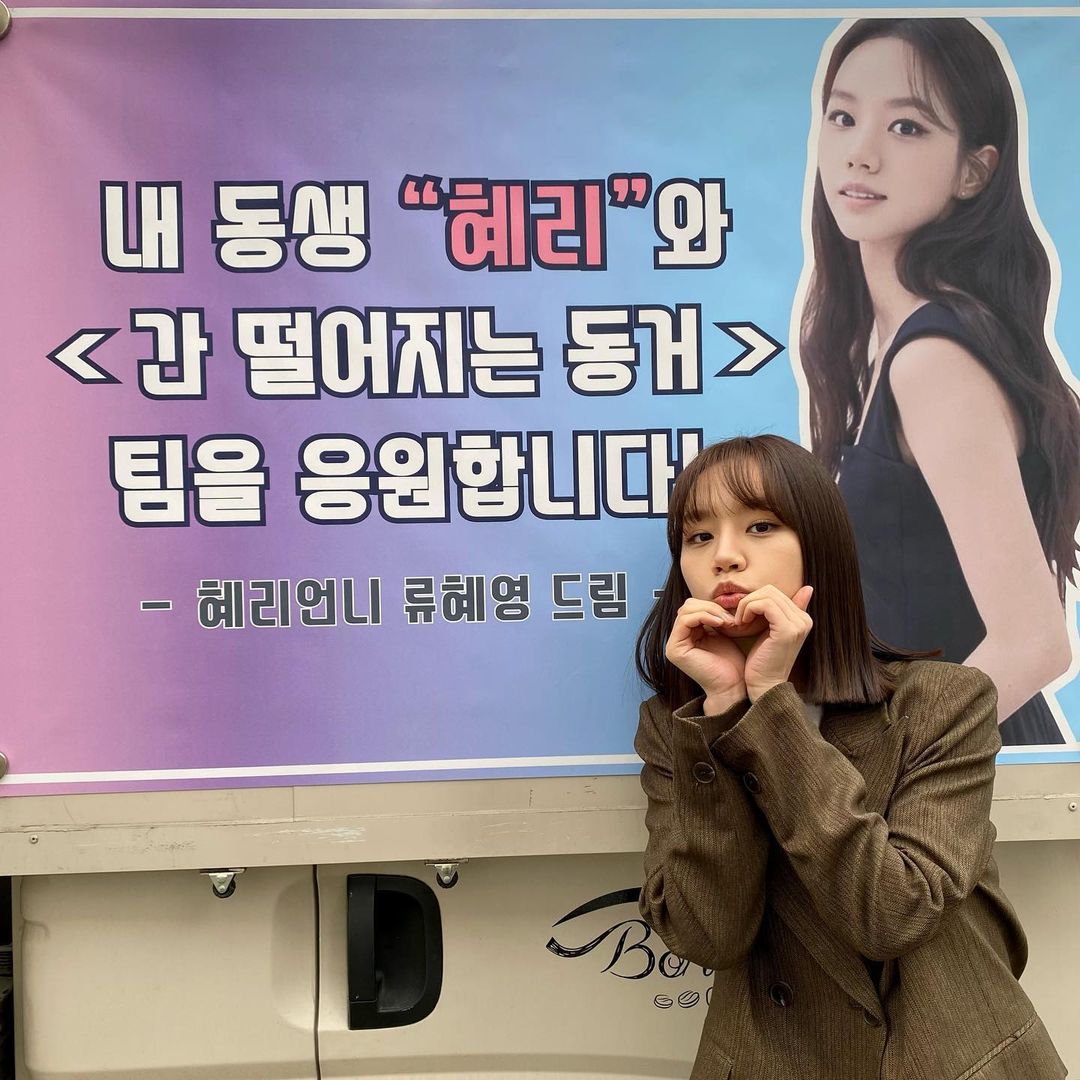 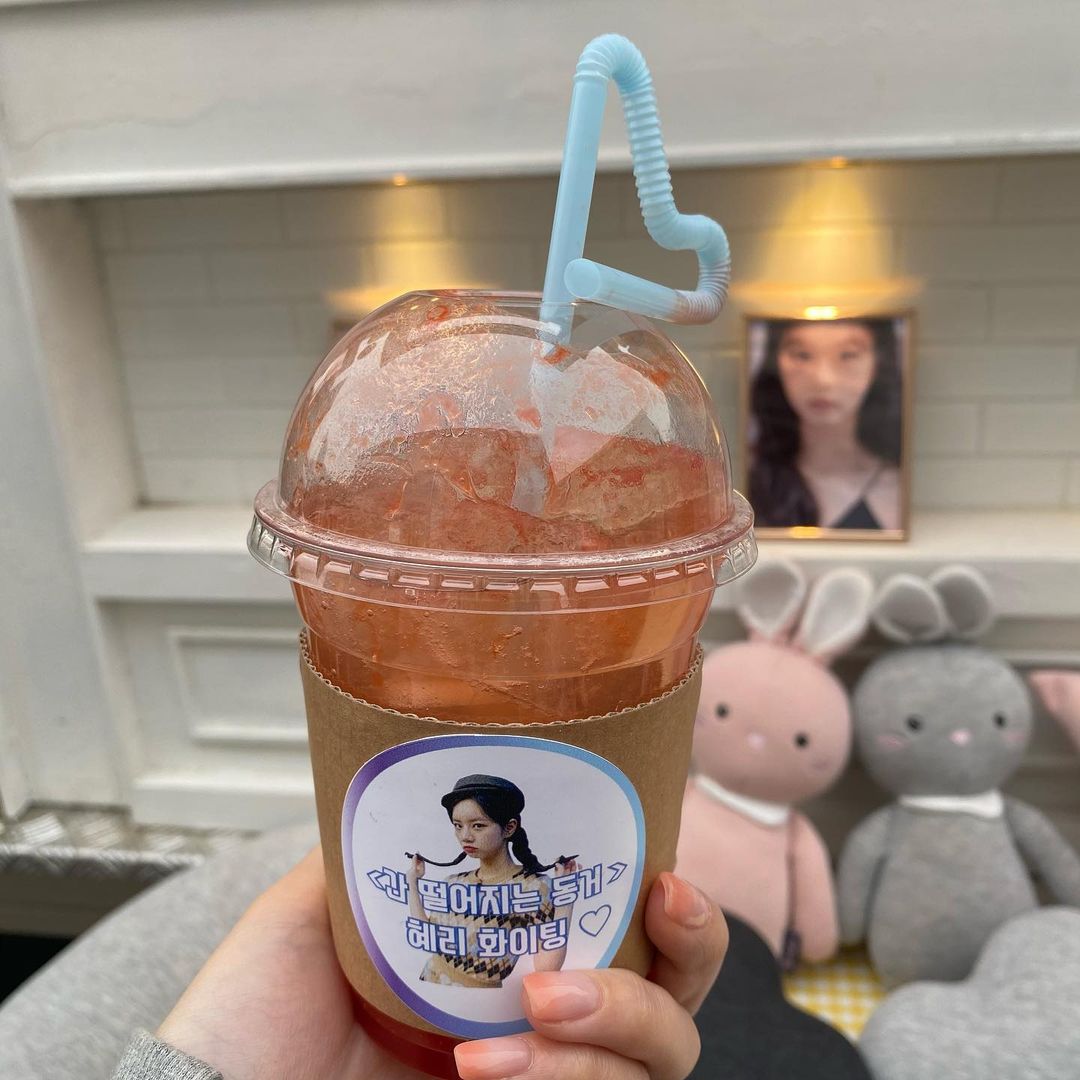