KBS 2TV’s “Royal Secret Agent” has shared a glimpse of a heart-fluttering moment between Kim Myung Soo and Kwon Nara from its upcoming episode!

Previously on “Royal Secret Agent,” it was revealed that Jang Geun (Yang Hyun Min), the leader of the town, was behind the murder of Lord Lee. Jang Geun killed his entire family in order to take over his huge amount of inheritance. Sung Yi Kyum (Kim Myung Soo) stole the money to find evidence that Jang Geun was the culprit, and Hong Da In (Kwon Nara) successfully took the secret ledger. Their fantastic teamwork will pave the way for their budding romance.

On January 12, the drama released new stills from its upcoming episode. Sung Yi Kyum and Hong Da In are having a good time by the stream. Suddenly, they spot a snake and land on the ground together. Hong Da In smiles brightly at Sung Yi Kyum who stares at her in shock. They’re unable to take their eyes off of each other, hinting a heart-fluttering change in their relationship. Park Choon Sam (Lee Yi Kyung) looks equally baffled and surprised, and viewers can look forward to their sweet moment in the next episode. 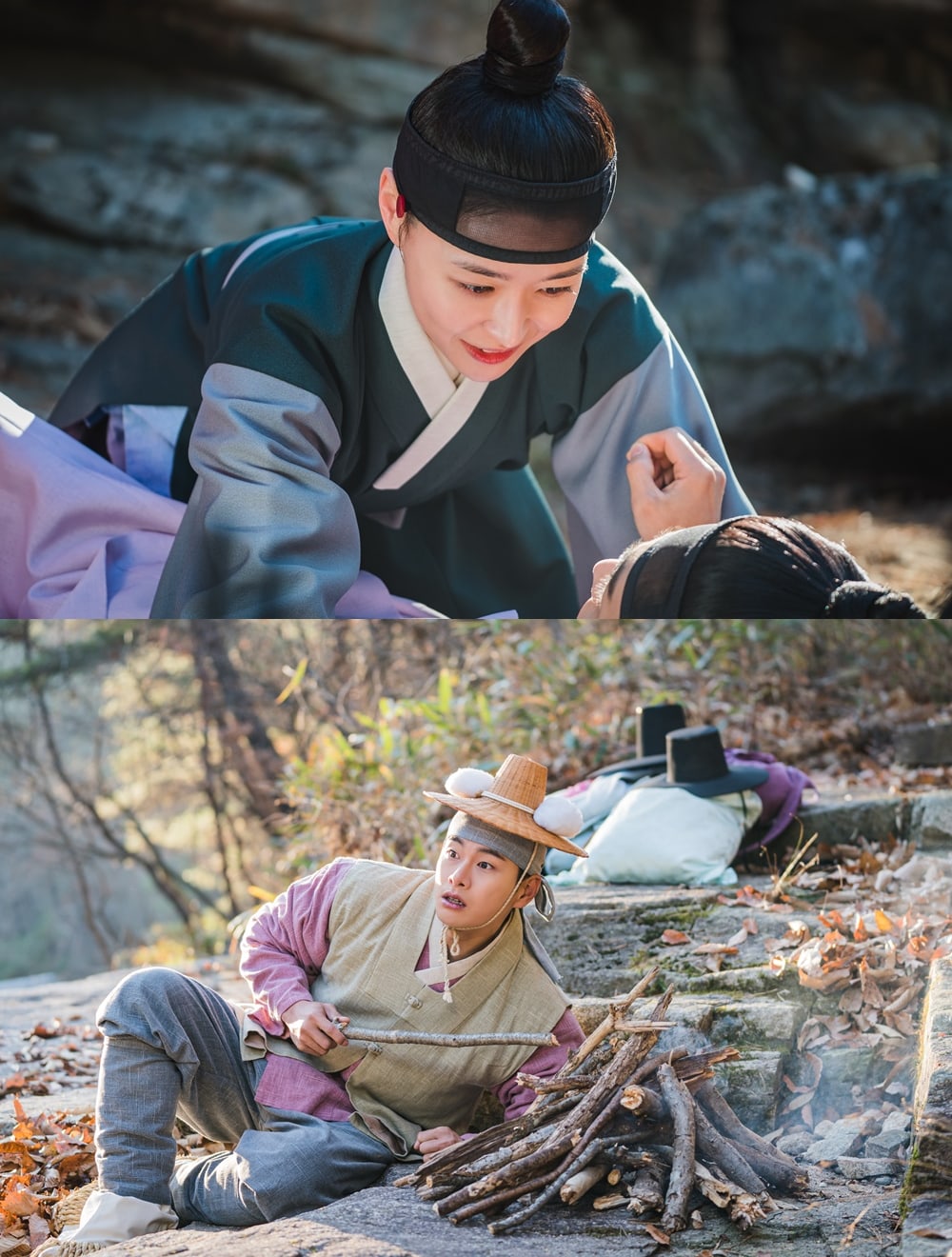