In last week’s episode, Lim Ju Gyeong and Lee Su Ho confirmed their feelings for each other. In the ending of episode 8, Lee Su Ho confessed his feelings to Lim Ju Gyeong, and the two shared a romantic kiss, making viewers curious about their future relationship.

The newly released stills depict Lim Ju Gyeong and Lee Su Ho facing each other in jiu-jitsu uniforms. Excited to try jiu-jitsu for the first time, Lim Ju Gyeong has a bright and bubbly smile. Lee Su Ho also reciprocates with a soft smile as he stares affectionately at Lim Ju Gyeong. 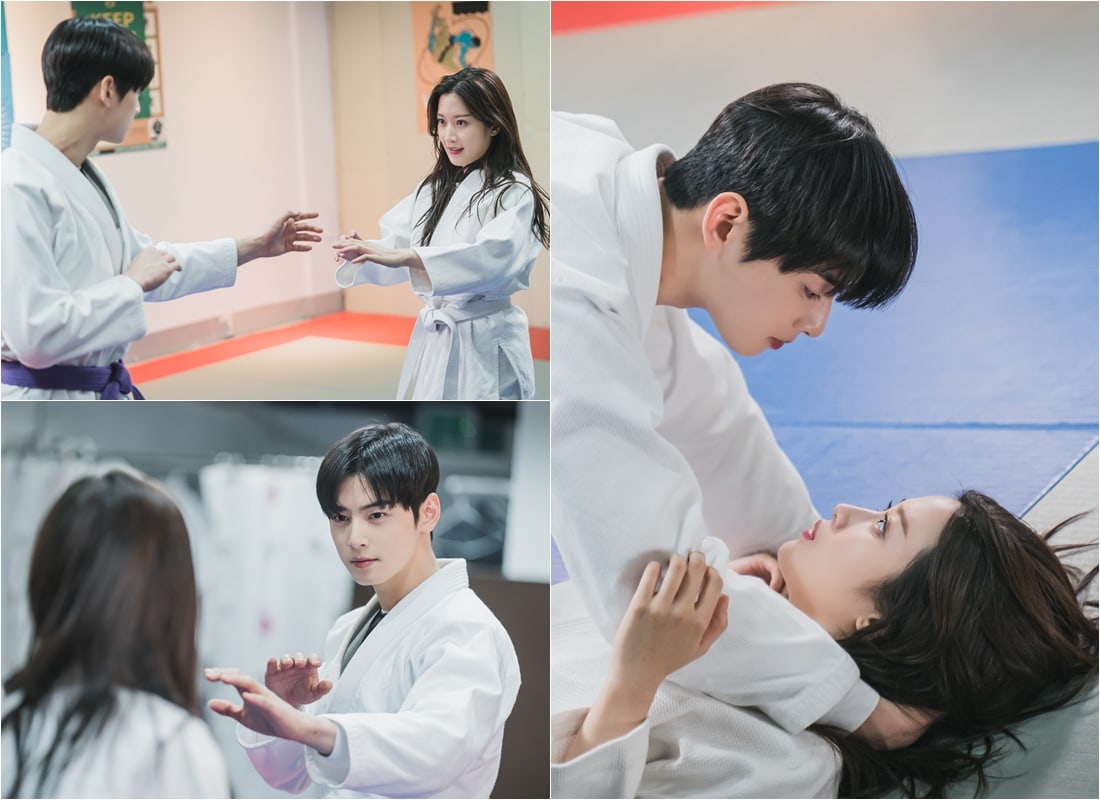 Another heart-fluttering still shows the two making eye-contact. Lee Su Ho is on the floor with Lim Ju Gyeong as if he’s embracing her, and he has a protective hand supporting Lim Ju Gyeong’s head so that she doesn’t get hurt. The romantic stills raise viewers’ anticipation for their date in the upcoming episode.

Catch up with “True Beauty” on Viki below: