Moon Ga Young and Hwang In Yeop will be getting extremely close in the upcoming episode of “True Beauty”!

Based on a hit webtoon, “True Beauty” is a romantic comedy about Lim Ju Gyeong (Moon Ga Young), who zealously uses makeup to hide her bare face and combat her insecurities about her looks. After she meets Lee Su Ho (ASTRO‘s Cha Eun Woo), a popular student who has his own emotional wounds, they share each other’s secrets and learn to heal through love. Hwang In Yeop plays Han Seo Jun, an untamable rebel with a surprisingly warm heart.

In the last episode, Han Seo Jun made hearts flutter with the way he sweetly cared for Lim Ju Gyeong. He took care of her when she was sick and even wiped her tears away when she admitted she liked Lee Su Ho. Han Seo Jun has no idea Lee Su Ho confessed to her, raising questions about where his unrequited love is headed.

The newly released stills depict a thrilling moment between Han Seo Jun and Lim Ju Gyeong. In one photo, he grabs her by the wrist and stares at her with an intense gaze. Lim Ju Gyeong looks at him in surprise, and it’s almost as if they are lost in their own world.

Then in the next picture, Han Seo Jun encloses the distance between them, and he leans towards her with his gaze fixed on her lips. Lim Ju Gyeong seems frozen by his sudden forwardness, but her hands are on his shoulders, increasing anticipation for what is to come next. 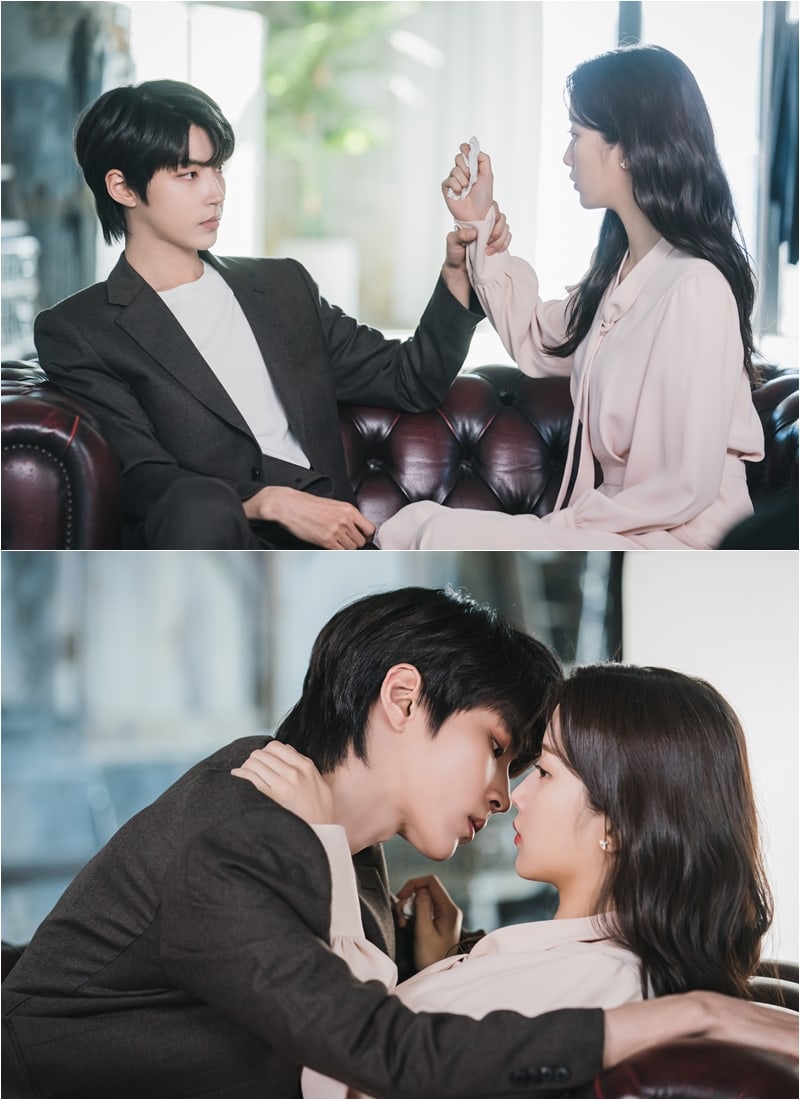 Catch up with “True Beauty” on Viki below:

Moon Ga Young
True Beauty
Hwang In Yeop
How does this article make you feel?