Watch: “She Would Never Know” Previews Love And Betrayal In Highlight Reel

JTBC’s upcoming drama “She Would Never Know” has released a highlight reel previewing the intriguing love stories between the main characters!

An adaptation of a popular web novel, “She Would Never Know” will tell the complicated office love story of two coworkers on a marketing team for a cosmetics brand. Won Jin Ah will star as perfectionist Yoon Song Ah, while SF9’s Rowoon will play her dashing younger colleague Chae Hyun Seung. Lee Hyun Wook takes on the role of ambitious marketing team director Lee Jae Shin, and Lee Joo Bin plays Lee Hyo Joo, the granddaughter of the cosmetics company’s founder and a rising star in the photography world.

The highlight reel begins by setting the scene at the cosmetics company before revealing Yoon Song Ah and Chae Hyun Seung’s first meeting at a university job fair. Following is a collection of moments that reveal Chae Hyun Seung’s desire to get closer to Yoon Song Ah as he helps her select makeup products and even asks her out to dinner. However, Yoon Song Ah turns down his offer with the reply, “I’m going on a date with my boyfriend.” 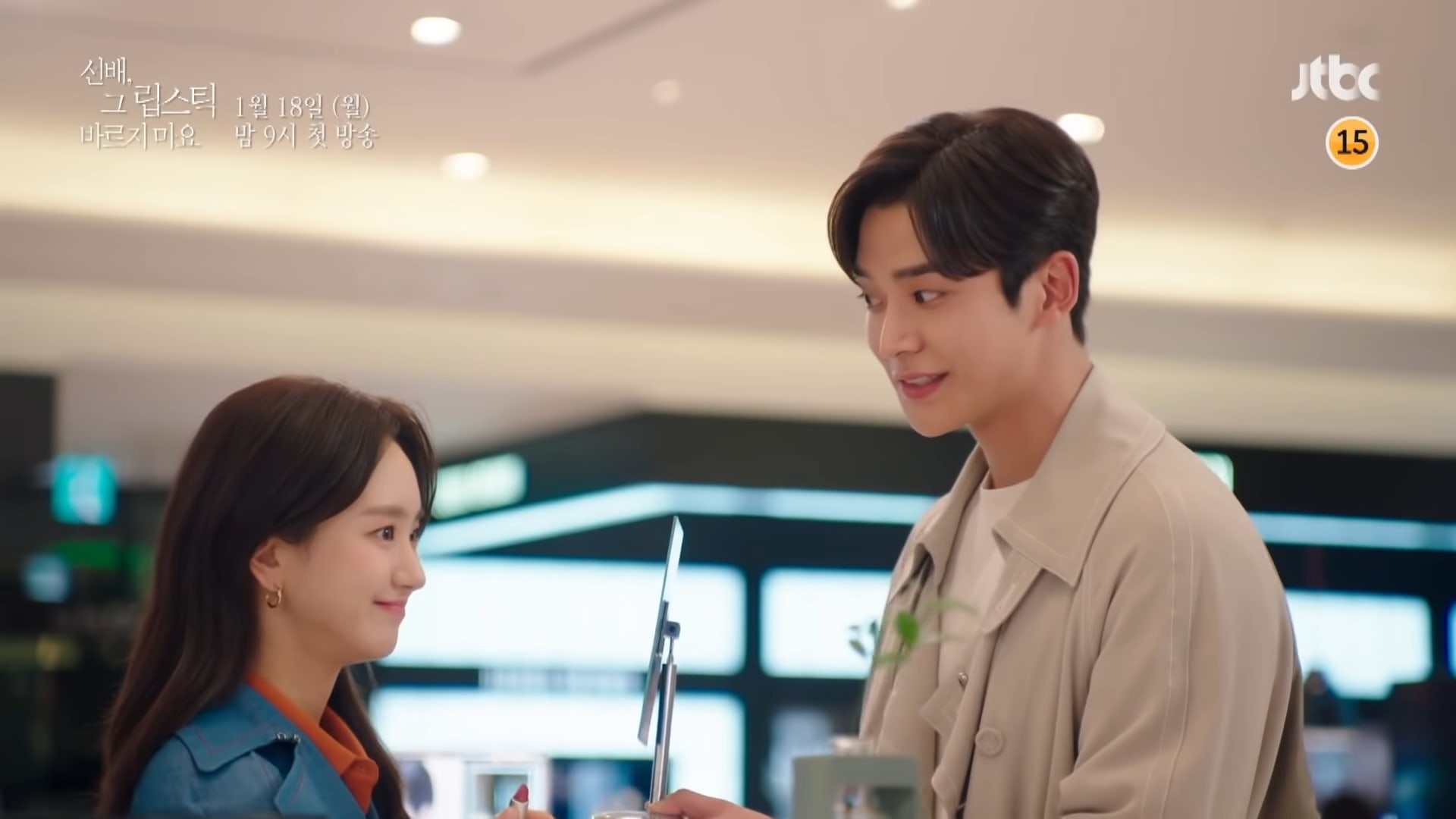 Chae Hyun Seung attempts to reason with himself as his voice is heard saying, “She seemed happy enough. I should stop trying.” Meanwhile, Yoon Song Ah smiles in the embrace of Lee Jae Shin, whom Chae Hyun Seung later unintentionally sees spending time with Lee Hyo Joo at a wedding shop. Having discovered Lee Jae Shin’s secret, Chae Hyun Seung regards him coolly at the office. Although he tries to hold back his urge to tell Yoon Song Ah what he saw, his voice is next heard saying, “I can’t hold back any longer. I want to protect her.”

The highlight reel then gives a glimpse of the fallout that occurs once Yoon Song Ah learns of Lee Jae Shin’s secret. After Chae Hyun Seung urges Yoon Song Ah to look out for herself, she starts to avoid Lee Jae Shin’s touch at the office. Harboring conflicting emotions and upset at Chae Hyun Seung’s interference, Yoon Song Ah confronts him with an outburst, but he confesses, “I went through it too. The same thing you’re going through.” 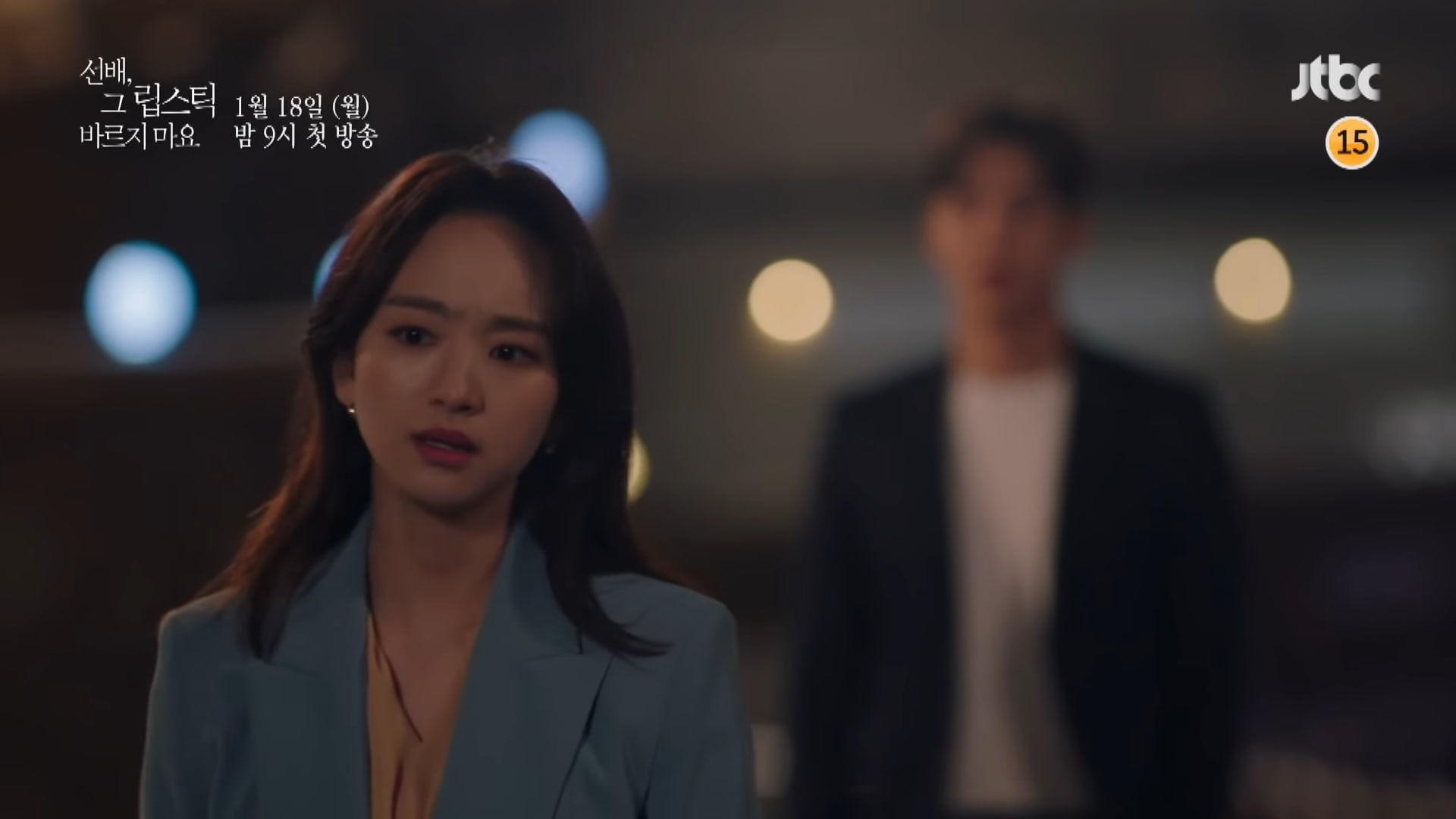 Lee Jae Shin’s background and his twisted relationship with his high school friend Lee Jae Woon (Lee Kyu Han) is revealed next, along with the pressure he feels to marry Lee Jae Woon’s sister Lee Hyo Joo. In the following clips, he appears obviously torn about letting Yoon Song Ah go, but she takes it upon herself to break up with him first.

Finally, Lee Hyo Joo takes a stand as she confronts Lee Jae Shin and says, “Just because I like you more, it doesn’t mean I’m weak.” Chae Hyun Seung also grows closer to Yoon Song Ah, who starts to show signs of warming up to him as the highlight reel comes to an end.