ASTRO’s Cha Eun Woo and Hwang In Yeop will have a hilarious competition in the next episode of “True Beauty”!

Based on the hit webtoon of the same name, “True Beauty” is a romantic comedy starring Moon Ga Young as Lim Ju Gyeong, a girl who tries to combat her insecurities about her looks through her makeup skills, which turn her into a “goddess” at school. ASTRO’s Cha Eun Woo stars as Lee Su Ho, a popular student who secretly harbors his own emotional wounds, while Hwang In Yeop plays Han Seo Jun, an untamable rebel with a surprisingly warm heart.

In the new stills, Lee Su Ho and Han Seo Jun sit side by side as they make dumplings. They’re both wearing aprons, and they put their heart and soul into creating the best dumplings yet. The traces of flour on their face indicate how hard they’re working just to impress Lim Ju Gyeong and her family.

What’s even more hilarious are Lim Ju Gyeong and her family’s reactions. Lim Ju Gyeong stares at something in shock with a hand over her mouth while her father Lim Jae Pil (Park Ho San) looks horrified as he clutches onto his hair. Her mother Hong Hyun Sook (Jang Hye Jin) is cheering the boys on as she creates a heart with her hands whereas her young brother Lim Ju Young (Kim Min Ki) watches them like a hawk. 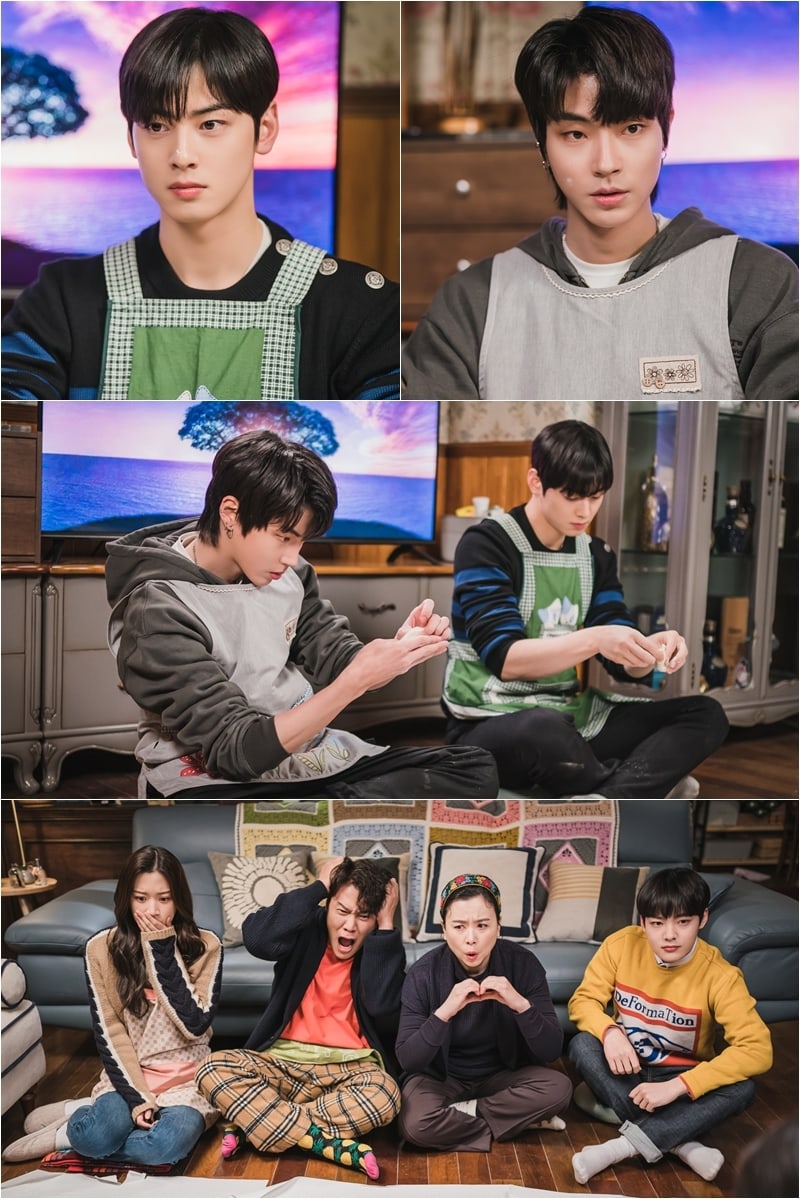 Why are both Lee Su Ho and Han Seo Jun at Lim Ju Gyeong’s house, and who will win the favor of her family? Those questions will be answered in the next episode of “True Beauty” that airs on January 14 at 10:30 p.m. KST.