“Delayed Justice” is about two men representing victims who are falsely accused. Kwon Sang Woo plays Park Tae Yong, a public defender with only a high school diploma, and Bae Sung Woo previously played Park Sam Soo, an unsophisticated but talented journalist. After Bae Sung Woo stepped down from the drama following his DUI (driving under the influence) charges, Jung Woo Sung replaced him in the role of Park Sam Soo.

In the previous episode, the truth about Kim Hyeong Chun (Kim Kap Soo) came to light. Park Tae Yong, who handed over the evidence of a trial to prosecutor Jang Yoon Seok (Jung Woong In), was stunned by the terrible truth. In the end, he decided to go separate ways from Park Sam Soo and Lee Yoo Kyung (Kim Joo Hyun), who were furious for him for making an arbitrary choice.

The new stills preview the broken relationship between Park Tae Yong and Park Sam Soo. The two have a tense confrontation that hints they are at ends with each other. Park Tae Yong, who was once passionate for justice, gazes at Park Sam Soo with a sad expression. Park Sam Soo is filled with disappointment, and he ends up grabbing Park Tae Yong by the collar. The two previously teamed up to fight for the truth, but they will face a crisis that threatens their friendship and goals. How will they overcome this crisis, and will they be able to join hands again? 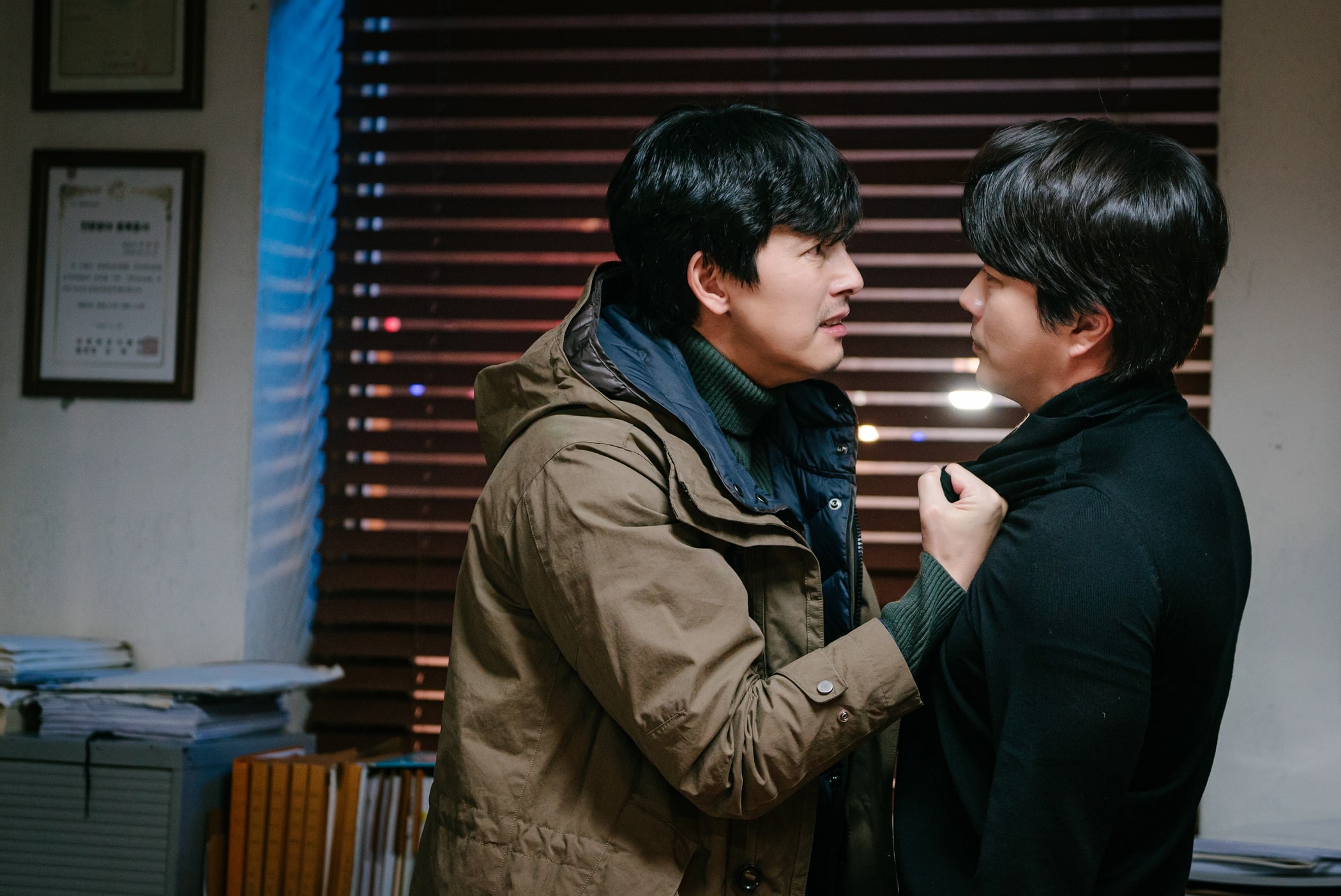 The drama’s production crew shared, “Park Tae Yong, Park Sam Soo, and Lee Yoo Kyung, who learned the truth about Kim Hyeong Chun, are under intense external pressure. Park Tae Yong’s choice will lead to another round of trouble. Please watch to see how they will team up again to portray the reversal of justice.”