There will be thrilling tension in the upcoming episode of “Mr. Queen”!

The new stills preview the love square between Kim So Yong, King Cheoljong, Jo Hwa Jin, and Kim Byung In. They are at a banquet, but despite the fact that it’s a celebratory day, there is electrifying tension in the air. Jo Hwa Jin, who is blinded by jealousy, is pulling back the bowstring tightly, and Kim So Yong looks shocked by something. According to the preview, Jo Hwa Jin is aiming the arrow at Kim So Yong, which means the queen is in danger. 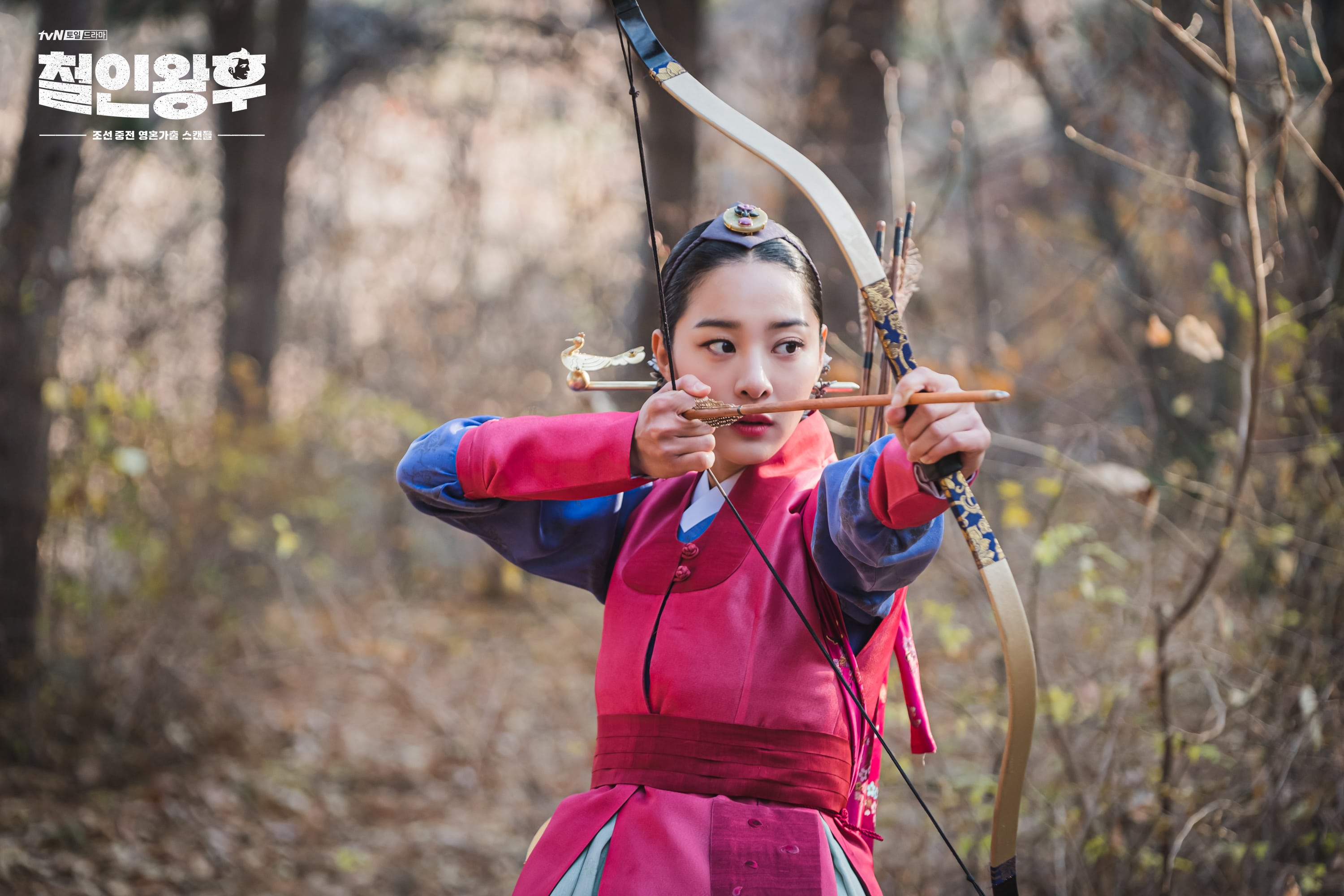 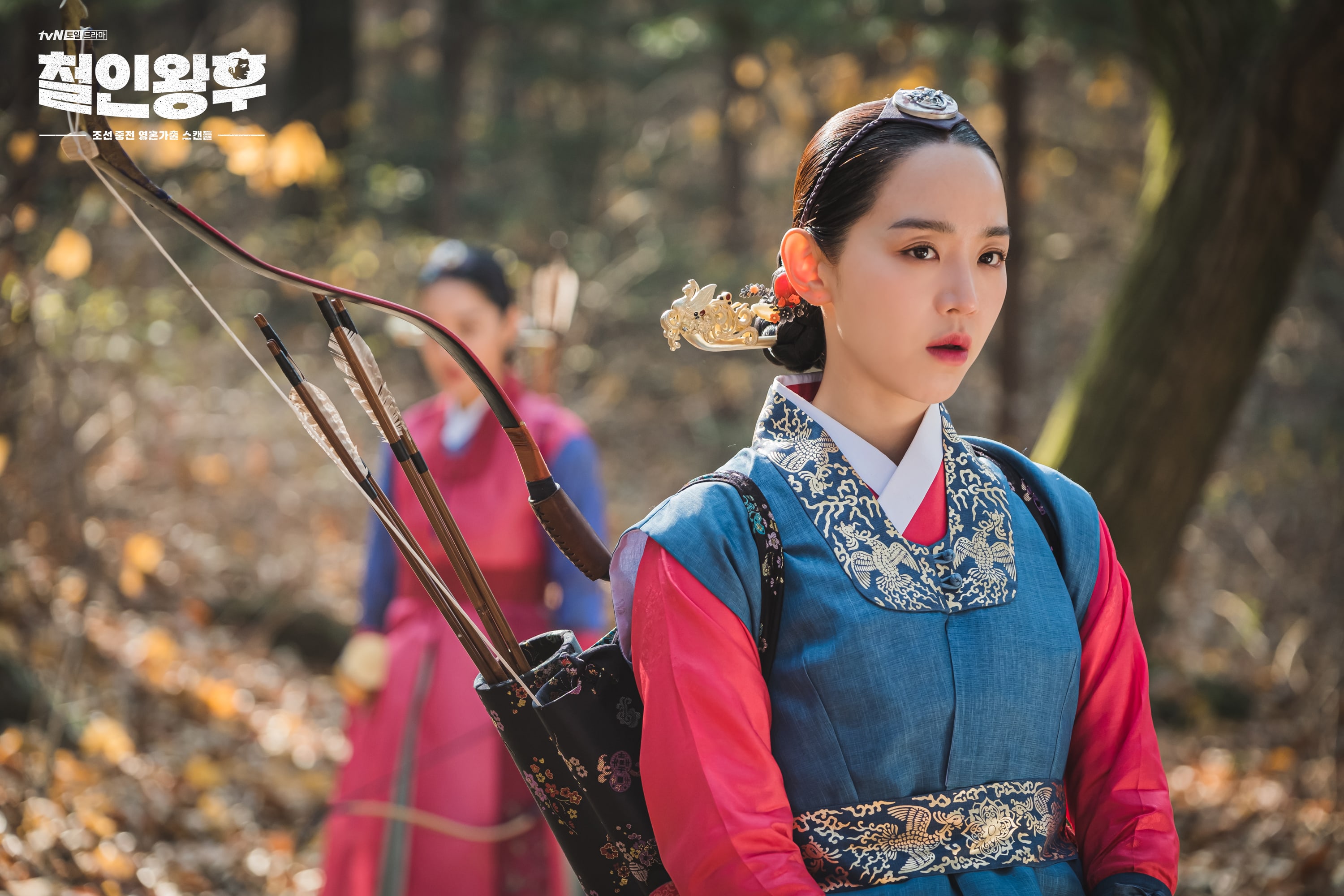 The fierce confrontation between King Cheoljong and Kim Byung In is also intriguing. Their expressions are stiff with tension, and King Cheoljong gazes guardedly at Kim Byung In. Kim Byung In, who has a soft spot for Kim So Yong, is more sensitive to anyone else regarding King Cheoljong’s suspicious moves. King Cheoljong starts to draw out his inner charisma due to Kim Byung In’s provoking jabs, and viewers are excited to see their competitive streaks during the banquet games. 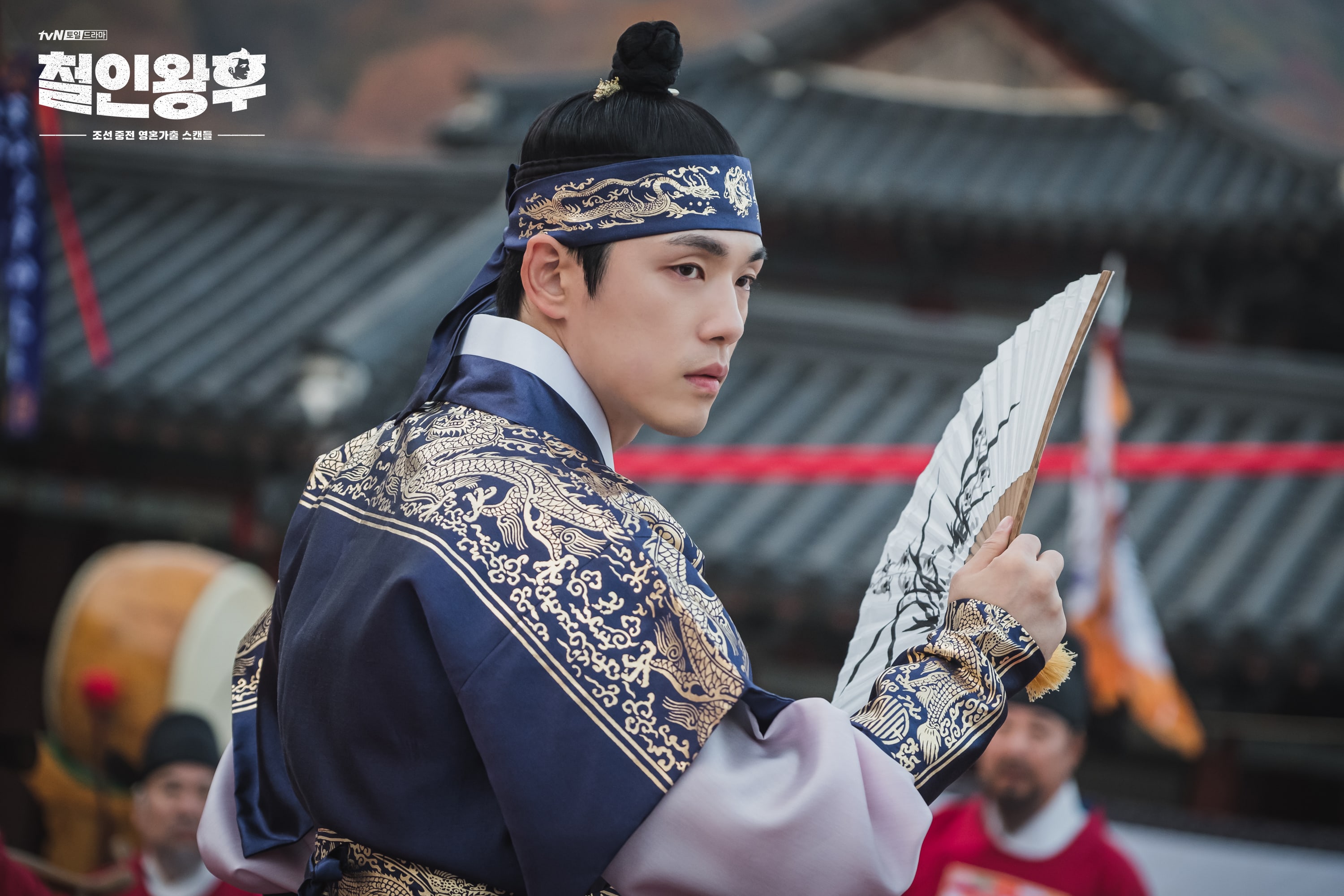 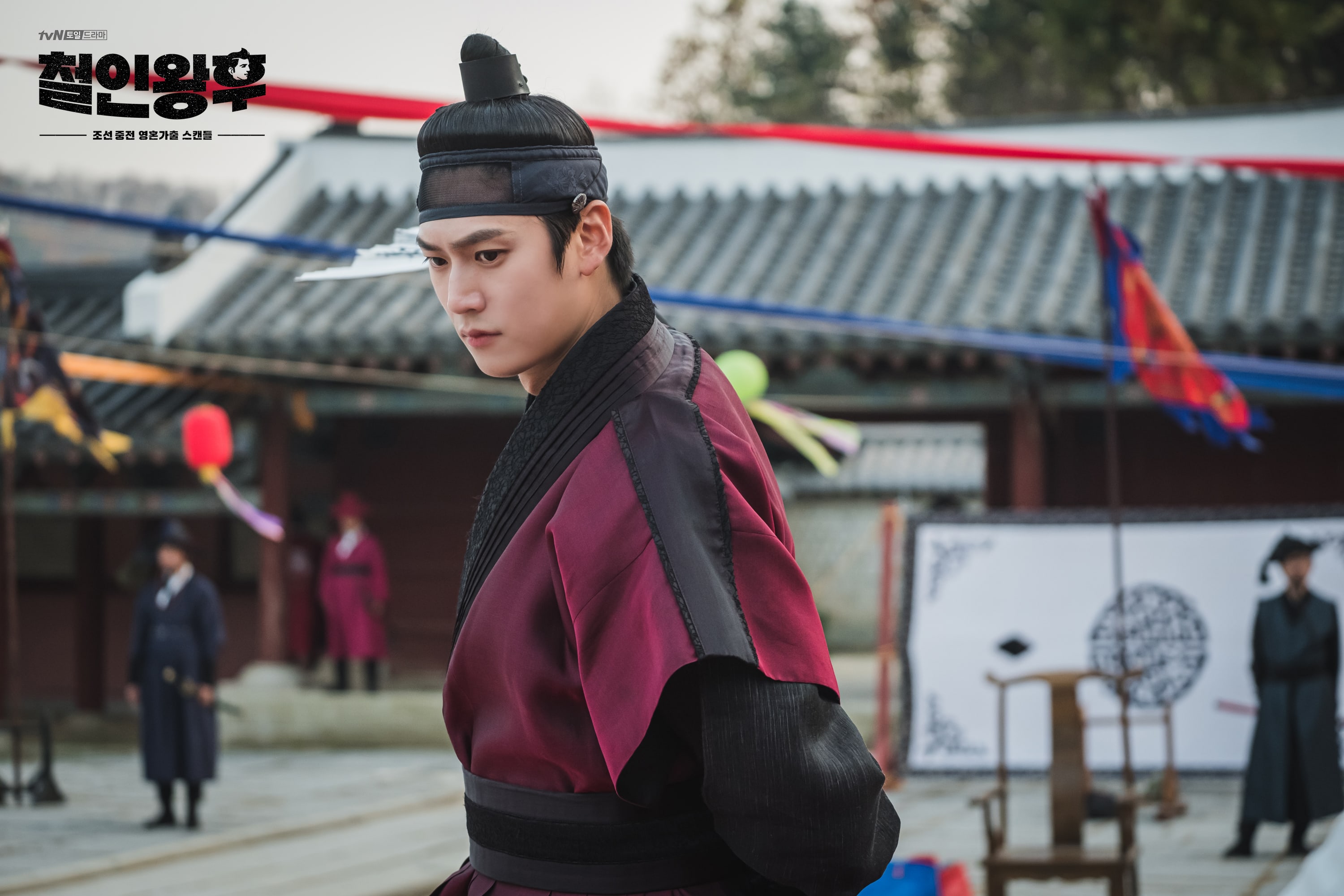 The drama’s production team shared, “The change in King Cheoljong is a key point in the second half of the drama. He will officially begin his moves to restore royal authority. There will also be a crucial moment at the banquet that will mark a turning point in the story. The second half of the drama will open up with the exciting changes of Kim So Yong and King Cheoljong as well as the fluctuating relationships within the palace.”