The end is here. After 10 weeks, 20 episodes, and more fun than any of us could have expected, “Mr. Queen” has wrapped up. This is one of those shows that will go down as zany, family-friendly, and above all, with real stakes, heart, and sheer fun!

Without further ado, let’s dive into everything that was amazing (and the one thing that wasn’t) about the latest quartet of episodes.

Warning: spoilers for episodes 17-20 below.

(Note: due to the ending of this show, Bong Hwan and So Yong will be differentiated and addressed by their respective names) 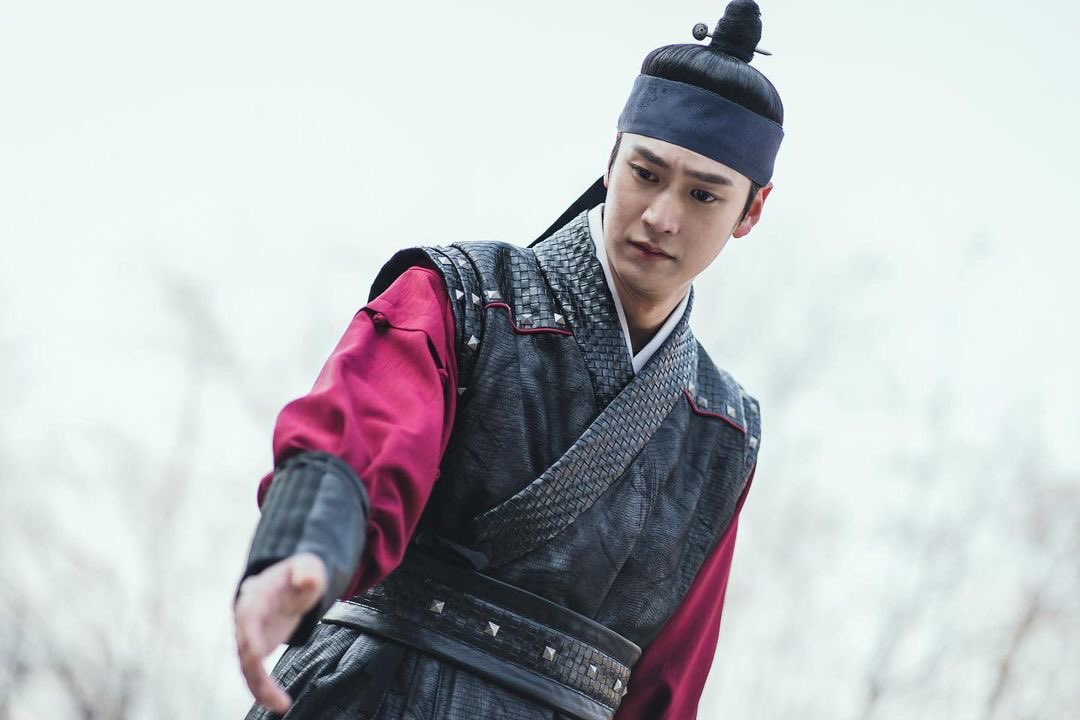 It’s not that Byeong In (Na In Woo) is so detestable that his death is easy to watch. It isn’t, not for Bong Hwan and not as a viewer. Rather, it’s just that his death brings with it the sort of deep pathos that elevates this show because no else meets as awful an end as he does.

“Mr. Queen” prides itself on not taking everything too seriously. Yet, that edge of reality and bitterness is necessary to keep the show grounded in the real world. Very often (and especially in sageuks), scriptwiters choose to do this by killing off a beloved character. This can feel unnecessary depending on if it was executed poorly, but it makes sense because reality is bitter. However, “Mr. Queen” choses a different route by killing off Byeong In; they make him a tragic villain. He was someone who could have been so much more but fell victim to poor choices, ruled by his heart to his detriment.

This is all the more saddening because Byeong In proves himself a brilliant strategist. From getting the Pyunyang Jo clan and Andong Kim clan to join hands to getting them to sign that final incriminating document, Byeong In was a master manipulator and also an excellent swordsman. (Props to Na In Woo for his incredible work. It is evident in the show that he does not use a stuntman and performs his own sword work. This man needs to get a lead role soon!)

Byeong In was also first to realize that So Bong was telling the truth about the body swap. He wouldn’t have touched a hair on So Yong’s head but Bong Hwan is a different matter. Even then, he immediately sacrificed himself upon learning that some remnant for So Yong remained.

It is easy to wonder why Bong Hwan would weep for the man who attempted to kill Cheoljong and repeatedly try to force his way into his affections. This could be explained as So Yong temporarily taking over but that genuinely makes no sense (more on that later!). Bong Hwan knows that Cheoljong played a huge part in So Yong vanishing. So Yong only had Byeong In, and he fought for her the only way he knew how: by getting revenge on the person who hurt her so badly. After having fallen in love himself, Bong Hwan understood Byeong In. He knows So Yong would have done anything for someone to stay by her side in the palace and fight for her the way Byeong In did. That’s why Bong Hwan wept for Byeong In’s sacrifice and his unwavering devotion until the end. He did everything he could for her to live at the expense of his life. Now that’s tragedy. But it hurts so good. 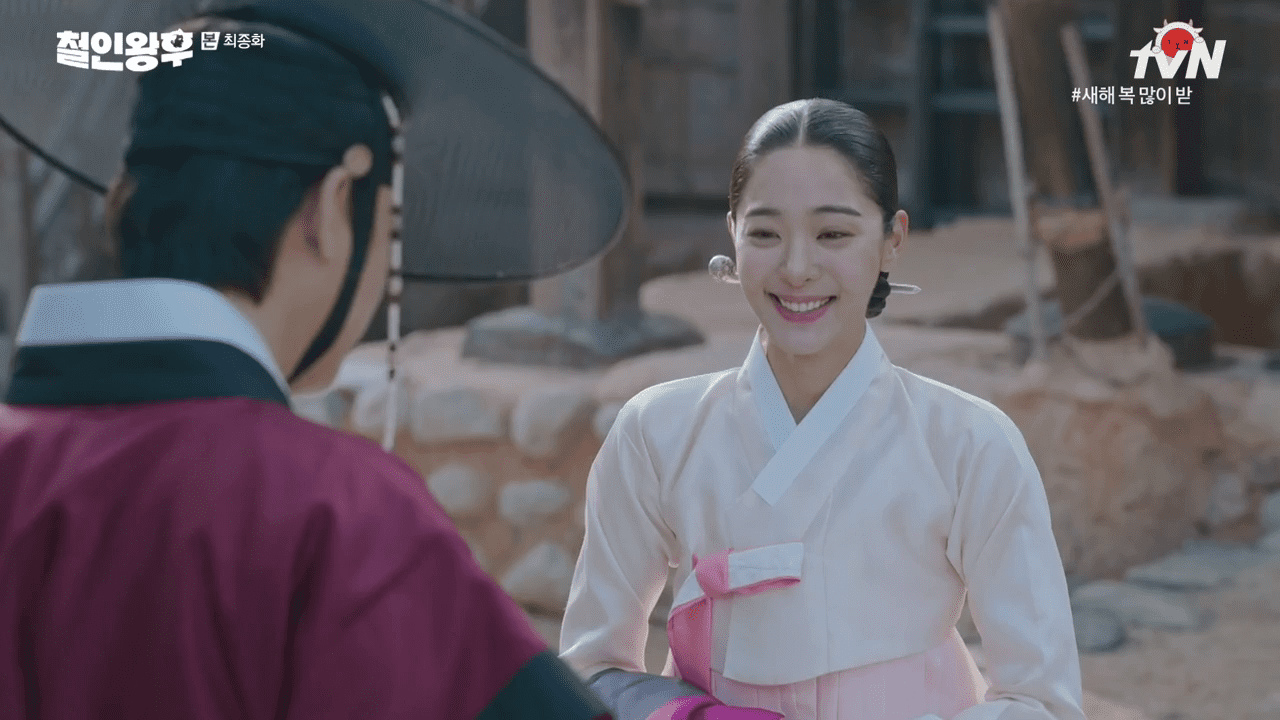 Hwa Jin’s (Seol In Ah) character arc stands in sharp contrast to Byeong In’s. Both entered the palace for the same reason – to protect and aid the person they love – but where Byeong In lost himself, Hwa Jin recognized what she was becoming and chose to leave.

Her departure is all the more poignant because of how she handles it with such grace. Life as a deposed concubine will not be kind, and she no longer has her clan’s backing after turning from them, but she willingly undertakes it for herself. Better, she apologizes to Bong Hwan and even gifts her bow to protect her. As Bong Hwan recognizes, “she’s one cool woman.”

Which is why their subsequent team-up is amazing! Bong Hwan calling Hwa Jin back to the Palace, Hwa Jin believing Cheoljong is dead and not blaming So Bong (so refreshing!), and her undertaking literal treason to fight for what’s right – it’s an amazing redemption.

Hwa Jin has finally found herself. She is no longer someone whose entire life revolves around Cheoljong, but someone who fights for what is right and for herself. And if her ending is anything to go by, she and Prince Yeongpyeong (Yoo Min Kyu) might finally have a chance together. 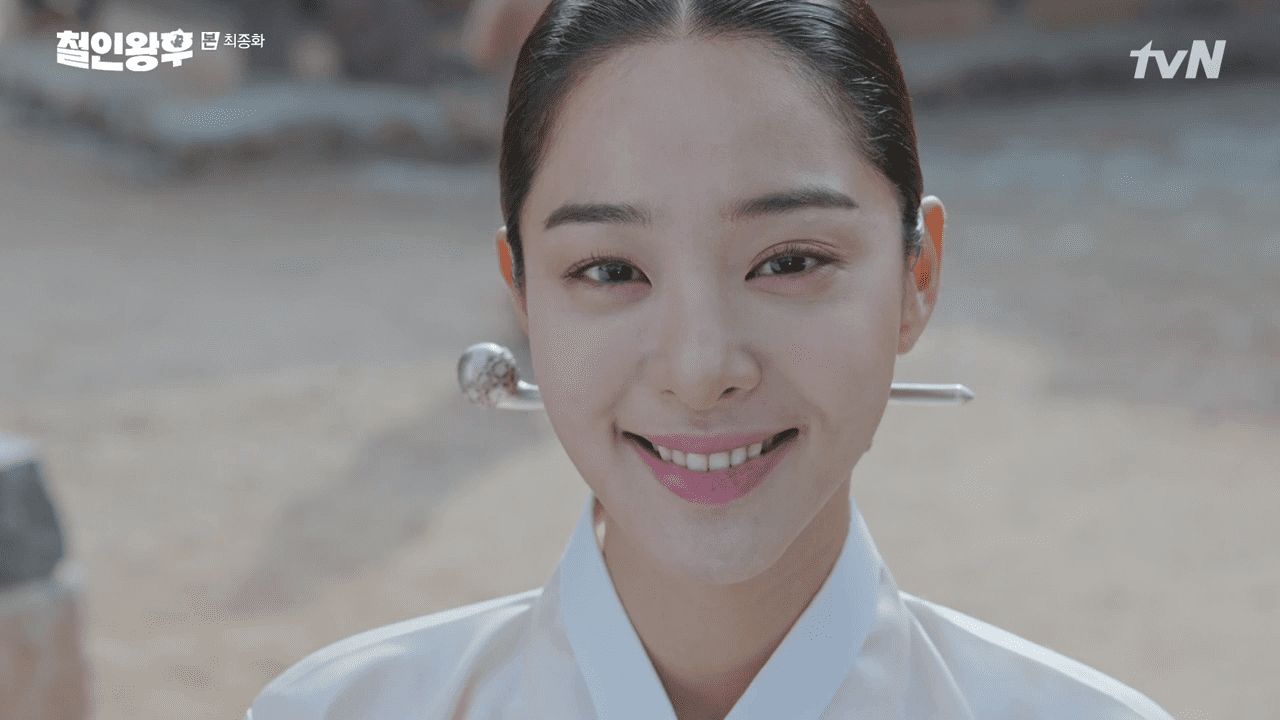 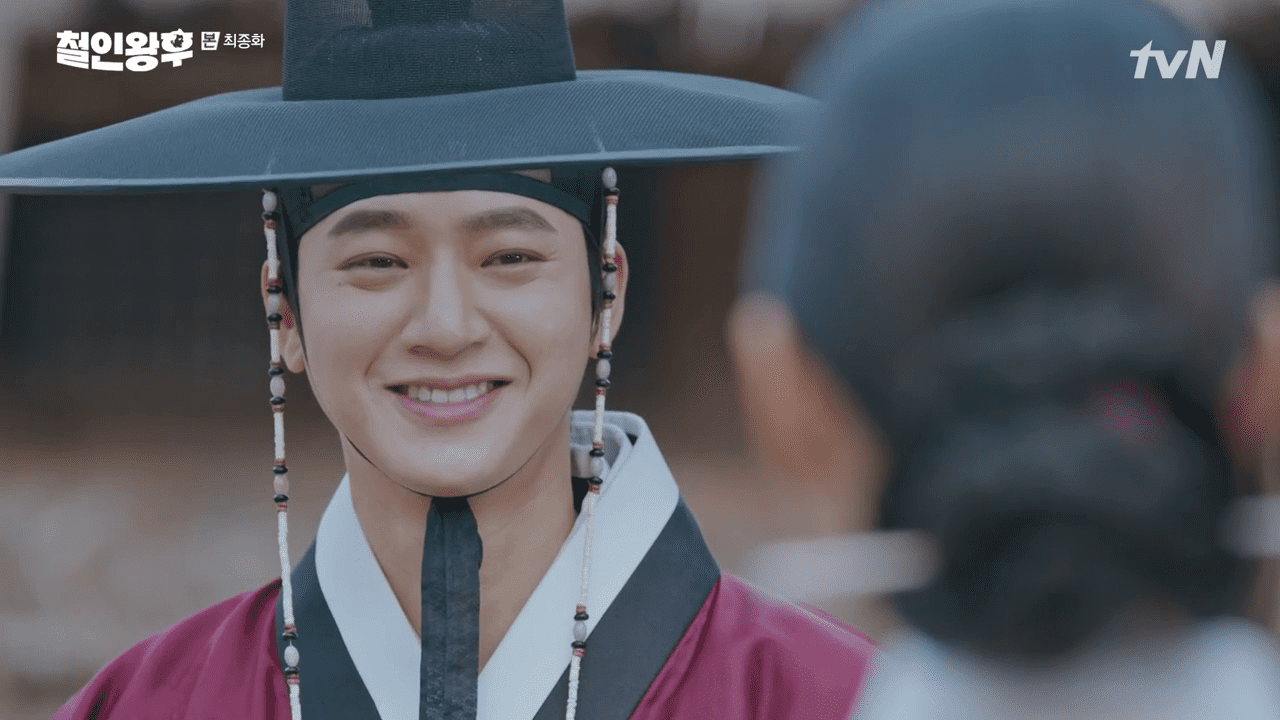 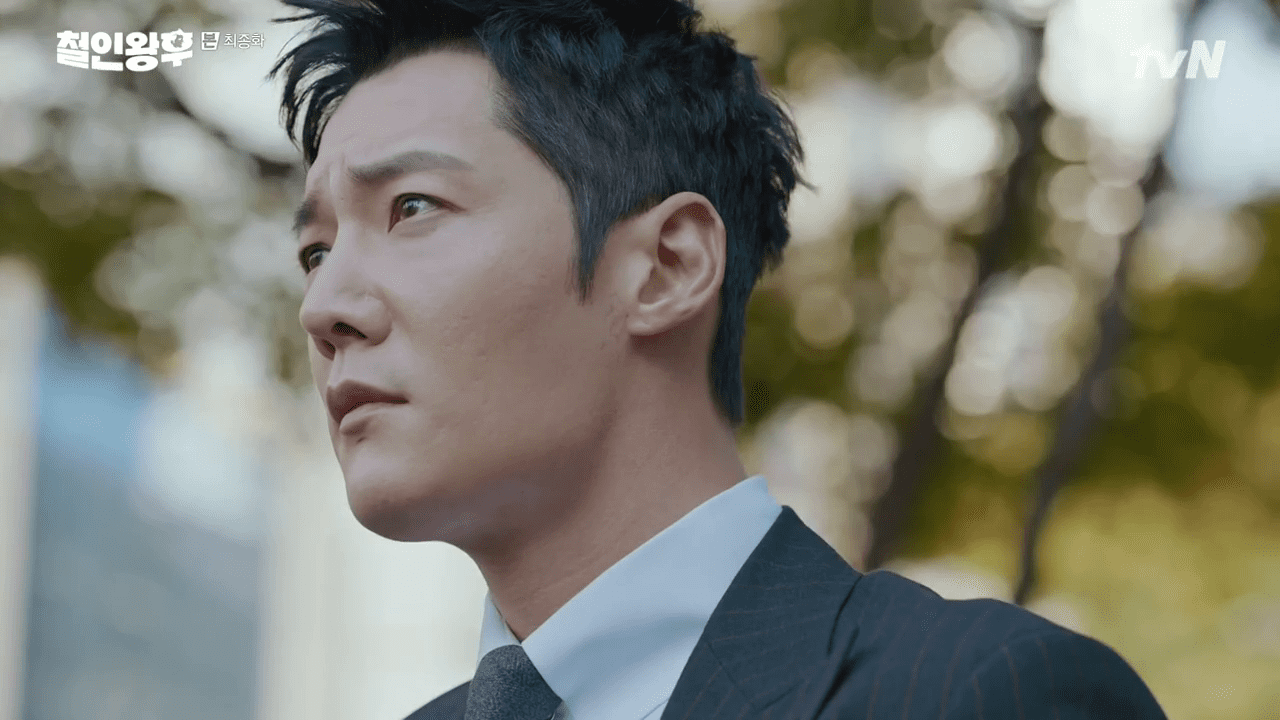 This needs to be mentioned at this juncture because it colors the rest of this review. So Yong secretly being in her body this entire time doesn’t really make sense, because we haven’t seen any hint of So Yong’s personality coming through. We’ve seen memories and emotions resurface but we haven’t seen any specific instance of a separate personality. If So Yong really was appearing from time to time, why didn’t Bong Hwan notice this at all? There were days when this was exactly what he wished for, but So Yong never seemed to appear.

This can also be problematic when we come to the issue of Bong Hwan and Cheoljong’s romance. Bong Hwan loved Cheoljong. We’ve had 19.5 episodes proving that. He even kissed Cheoljong right before heading into their final battle. He protected Cheoljong with his life. There are too many examples to name. But this show’s ending and Bong Hwan musing on getting rid of corruption and fighting for what’s right makes it seem like they were just buddy cops who ferreted out evil together.

It felt like Bong Hwan was just used to teach So Yong how to stand up for herself. So Yong gets to sweep into the life that Bong Hwan had built, and it can be hard not to feel outraged on his behalf. More importantly, Cheoljong fell for the foul-mouthed, crude, defying feminine stereotypes while looking like a boss, sarcastic, amazing cook who would die before admitting he loved him. The fact that Cheoljong wonders “if there’s something missing” is further proof of this. It’s even sadder because Bong Hwan never got to say good-bye. He got no closure. He’s reduced to looking Cheoljong up in history books and half-laughing, half-crying at the painter having chosen to put in the funny face Cheoljong made to make him laugh. 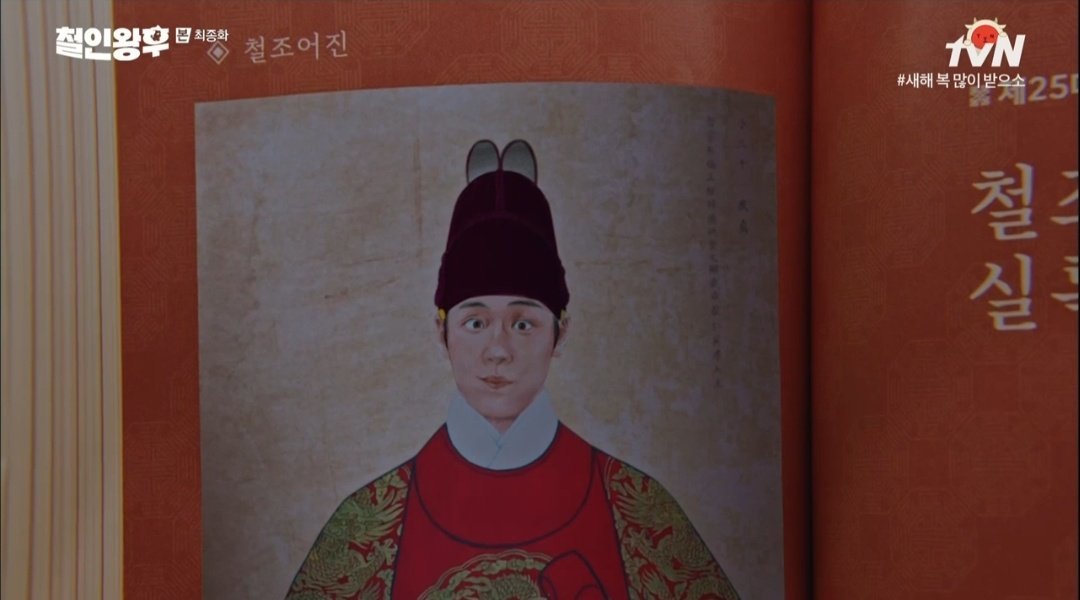 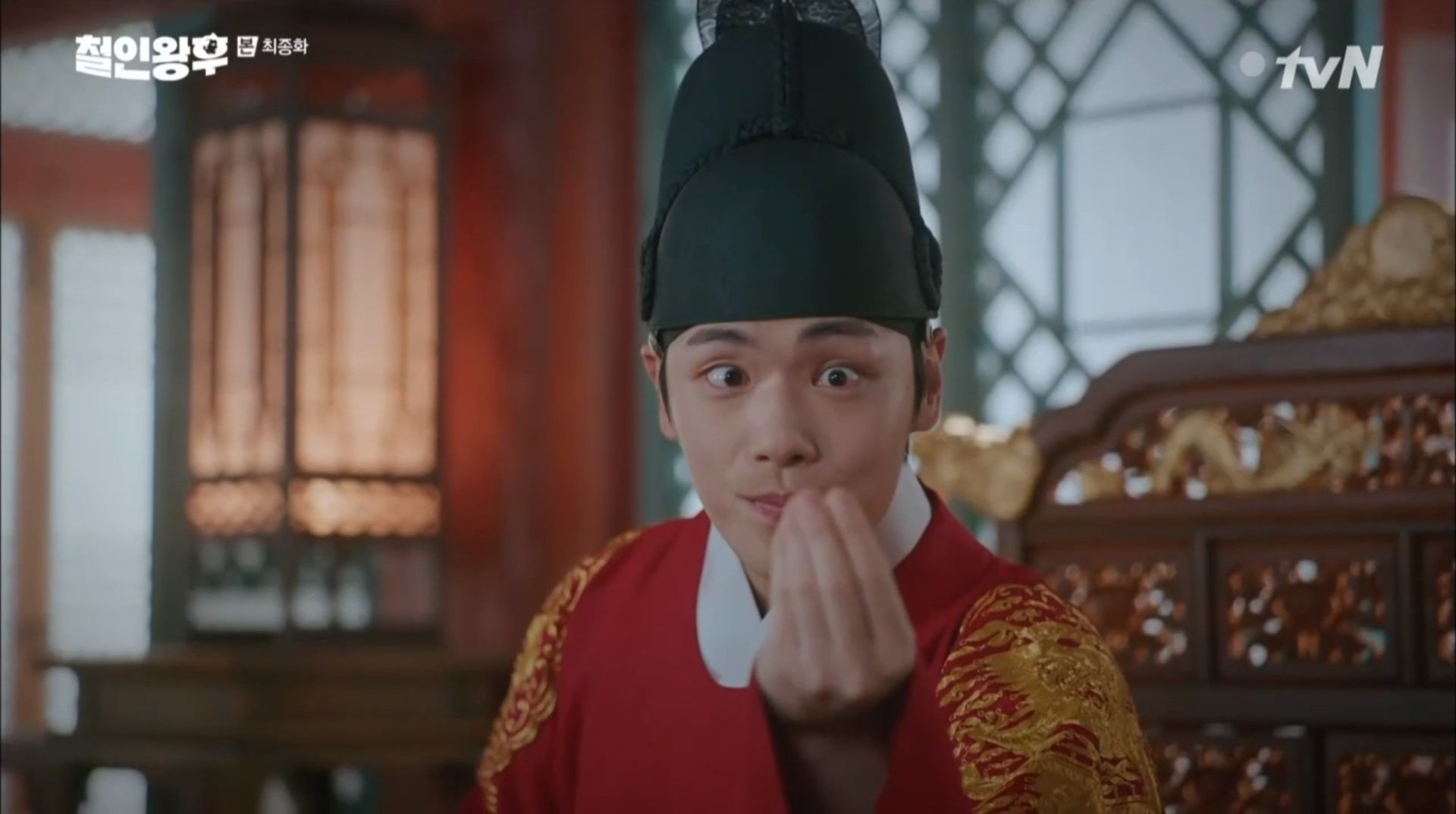 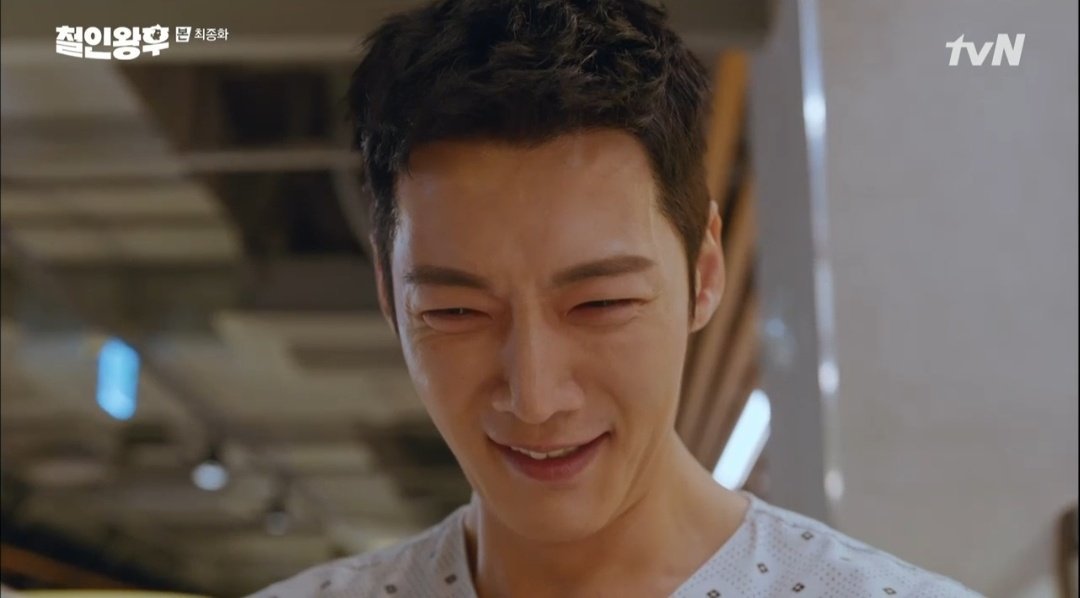 (And what about the child!)

While everyone in Joseon just goes on with the rest of their lives, Bong Hwan is alone in 2021. If that isn’t the saddest ending, I don’t know what is. This feels like “Scarlet Heart: Goryeo” all over again. 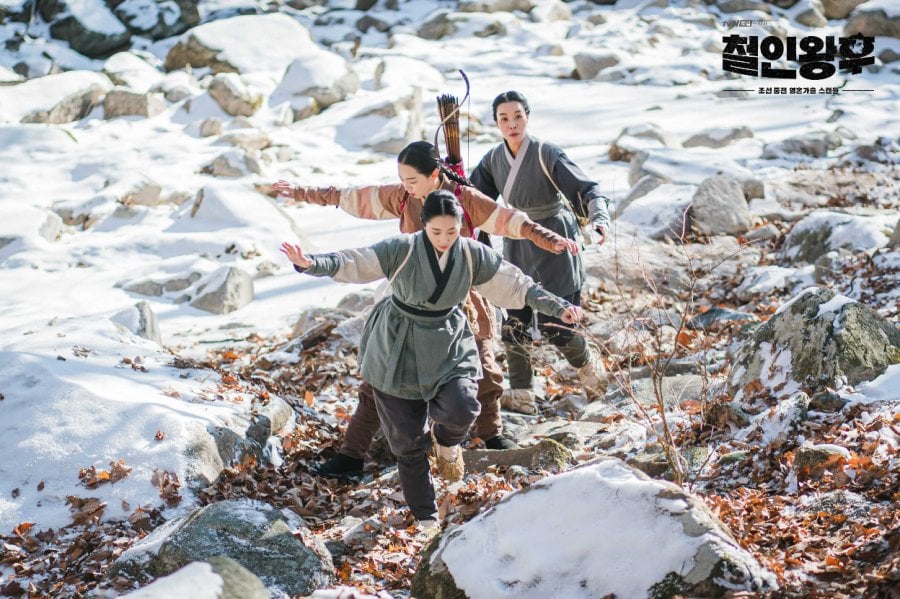 Hong Yeon (Chae Seo Eun) and Court Lady Choi (Cha Chung Hwa) have been Bong Hwan’s staunchest allies and closest friends from start to finish. Need to cross-dress as a man and enter a gisaeng house? They have you covered. Need to run away from the palace and hike across a massive forest to find a King everyone wants to kill? They’re here.

The trek through the forest was cold and hard on all of them but their excitement at being away from the palace, breathing in fresh air and just having fun together was contagious. It’s the closest Bong Hwan has gotten to a road trip in Joseon, and you can see how much they love it. This scene is poignant for a lot of reasons being that it serves as a sort of farewell. It’s their first and last trip together. They won’t ever look at the same sky ever again. Worse, they never noticed that he left.

Still the three of them and the fun they had exemplified female friendship at its very best, a rarity in sageuks which tend to have schemes on top of schemes. Hong Yeon and Court Lady Choi were always there, always loyal and loved their strange Queen until the very end. *sniff sniff* 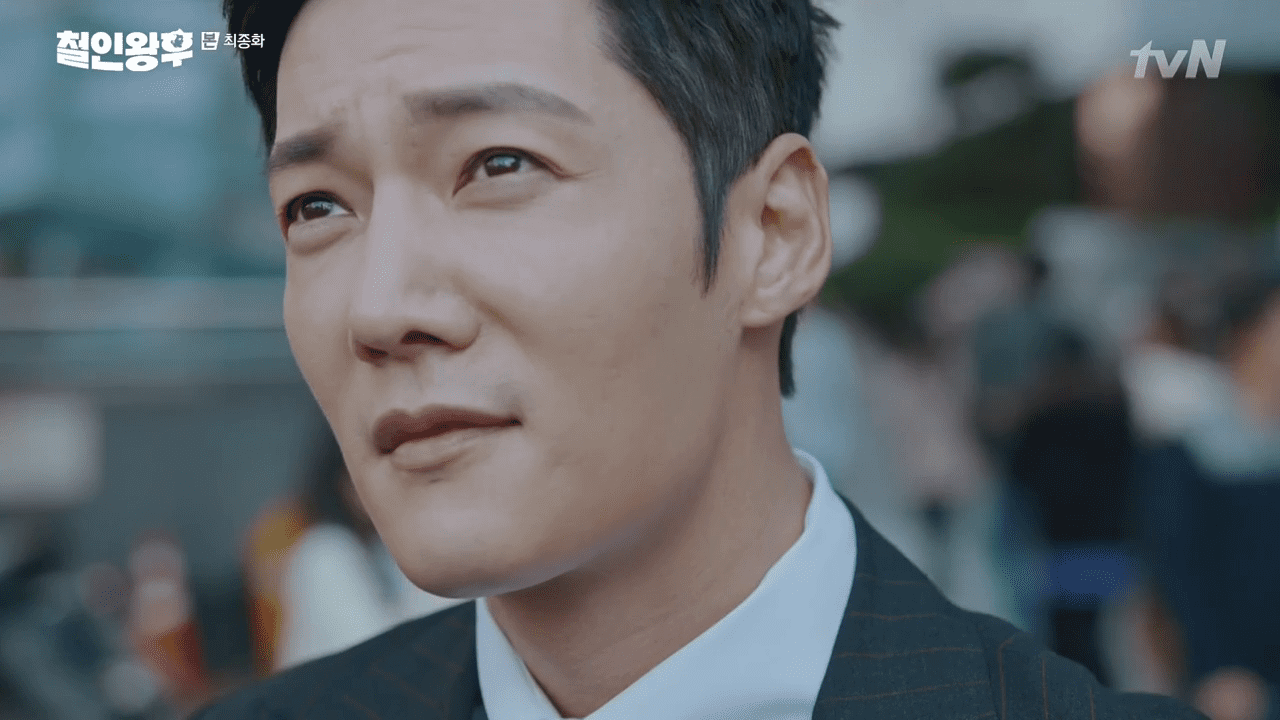 From start to finish, Bong Hwan has always been a delight. From his horror at being in So Yong’s body, to attempting to infiltrate a gisaeng house, to adjusting to palace life, being pregnant, and finally the good fight, this is a character who was easy to love. There’s always a risk of amazing feisty women or souls in women’s bodies being dumbed down as a show progresses but Bong Hwan remained himself to the very end while also growing as a person.

The people he touched in the past changed Cheoljong’s fate and gave them a happy ending. What would’ve happened if Bong Hwan hadn’t taken Dam Hyang under his wing and fought for her? The changes Bong Hwan made in the past saved his future too (in ways that don’t really make sense but are faster to accept than question because Bong Hwan deserves the best).

“Mr. Queen” wasn’t a one-man show but there’s no denying that Bong Hwan did most of the heavy lifting. This show would have been nothing without him and Shin Hye Sun’s excellent delivery, comedic timing, and emotional weightlifting. Cheoljong may have saved Joseon but Bong Hwan saved Cheoljong and encouraged him to dream bigger and fight more. He never got to see the Joseon he put into motion but perhaps he derives some comfort from the fact that they lived happily ever after.

One good thing that can be said about this ending was that it was absent the copious bloodshed that pervades sageuks, even fusion ones. Normally, either the main couple dies or is separated by time, or everyone else dies so the main couple can be happy, because when dealing with weighty topics like corruption and oppression there really is no other realistic way of bringing peace.

However, “Mr. Queen” doesn’t care about realism. This show wasn’t perfect, but it gave us a somewhat happier ending, where even male-chefs-turned-female-royalty can reverse the course of history without undue bloodshed. We didn’t have any birth secrets, any super swordsmen or solutions falling from the sky. There was death, tragedy, and every form of loss, but in the end, “Mr. Queen” reminds us that all we need for a happy ending is good food, good company, and the will to make that happen every day.

What are your thoughts on the ending? Let us know in the comments below!