Based on the hit webtoon of the same name, “True Beauty” is a romantic comedy starring Moon Ga Young as Lim Ju Gyeong, a girl who tries to combat her insecurities about her looks through her makeup skills, which turn her into a “goddess” at school. Cha Eun Woo stars as Lee Su Ho, a popular student who secretly harbors his own emotional wounds.

The newly released stills depict Lee Su Ho in a fierce confrontation with his father Lee Joo Heon (played by Jung Joon Ho) at a hospital room. In the photos, Lee Su Ho’s expression is cold and stiff with anger towards Lee Joo Heon, creating a tense atmosphere. A closeup at Lee Joo Heon also conveys his deep shock, highlighting their contrasting expressions.

Incapable of hiding his growing rage, Lee Su Ho tears up as the emotions he has been holding back explode all at once. Finally, Lee Su Ho falls onto the bed, unable to keep himself steady from the extreme burst of anger. 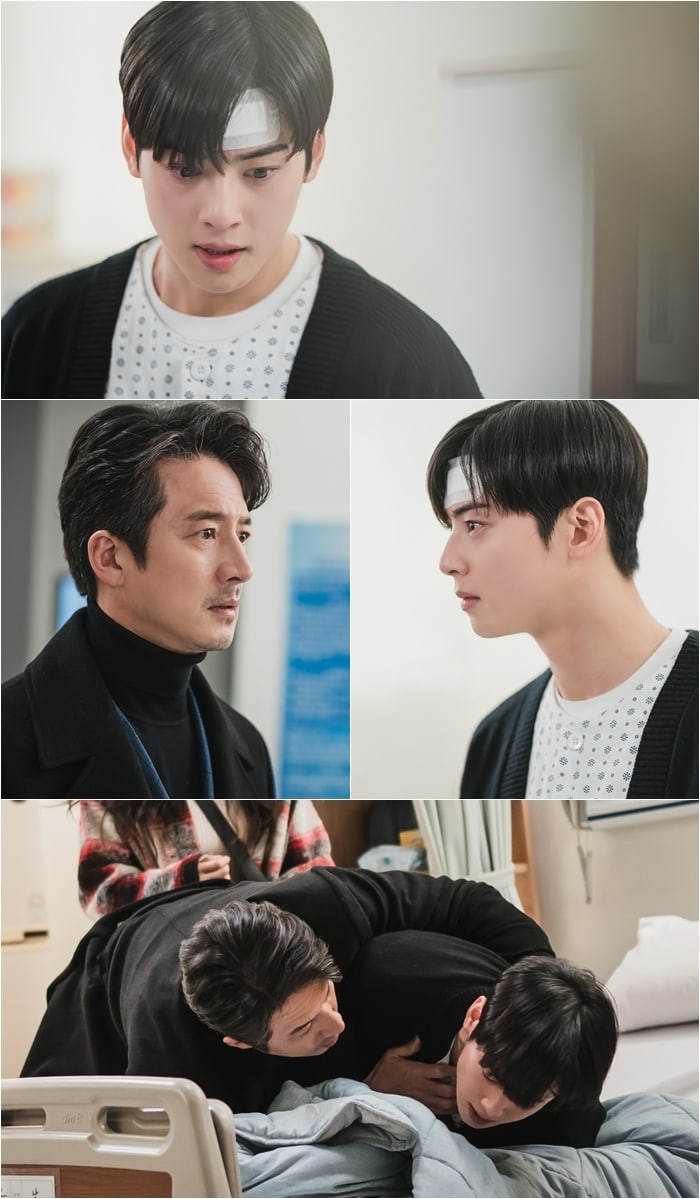 Previously, Lee Su Ho was shocked after learning that his father tried to cover up his own scandal by sacrificing Jung Se Yeon (SF9‘s Chani). At the end of last week’s episode, Lee Su Ho ran off, and Han Seo Jun (Hwang In Yeop) chased after him, causing the two to get into a traffic accident. With the new stills of Lee Su Ho reaching a state of panic during his confrontation with his father, viewers are curious to learn how their relationship will develop in the future.