The making-of video shows the cast filming the banquet scene. First off, Kim Jung Hyun and Na In Woo practice their face-off scene. The two actors are completely immersed into their roles, and the crew members applaud at their synchronized action skills. 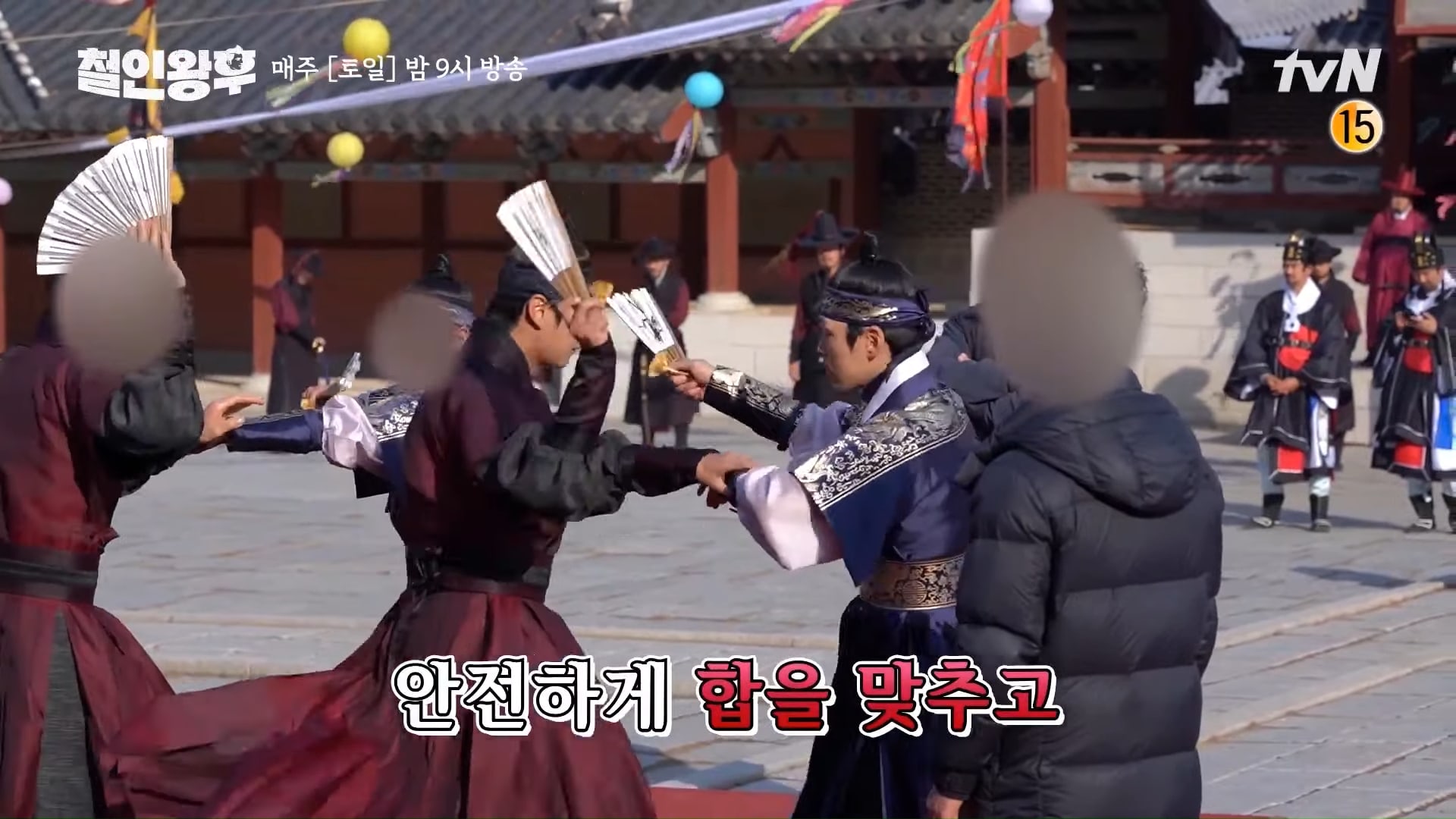 Next, Shin Hye Sun and Seol In Ah join hands to film the scene in the forest. Seol In Ah spots the making-of camera and playfully aims her arrow at it. She looks like she’s doing a steady of job holding the bow and arrow, but she frantically declares, “I’m scared!” However, once filming starts, the fear is gone, and it’s replaced by charisma and fierceness. When filming is over, she desperately tried to hand over the weapon to someone else, saying, “I can’t hold this! I feel like I’m going to hurt someone!” Shin Hye Sun jokes, “You’re going to kill someone,” and Seol In Ah quips, “I wonder who that’ll be.” 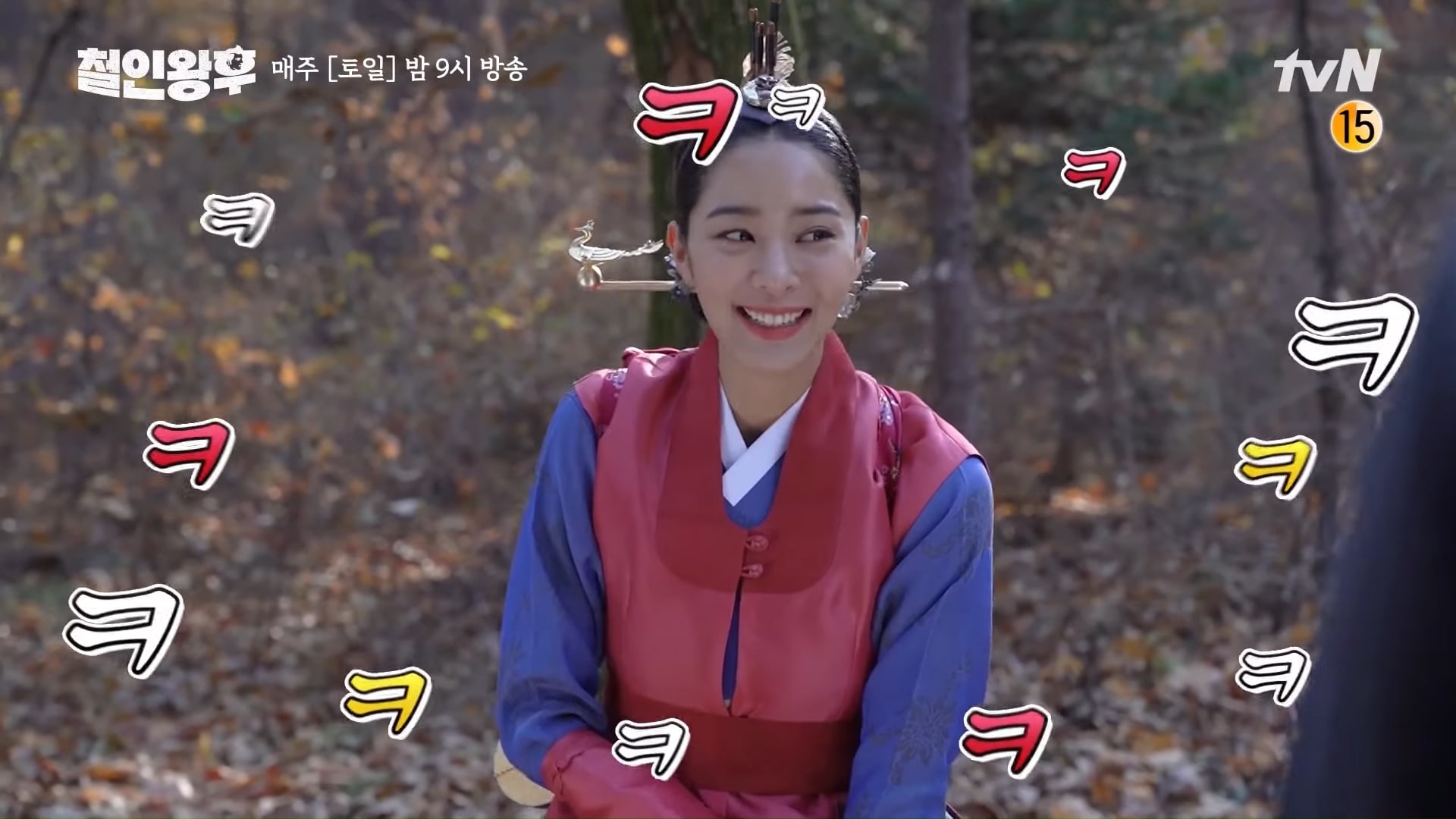 Shin Hye Sun is in high spirits as she films her comical scenes. During break, Cha Chung Hwa and Chae Seo Eun (who play her court ladies) help her walk in her royal dress. Shin Hye Sun hums cheerfully as she waddles from side to side. 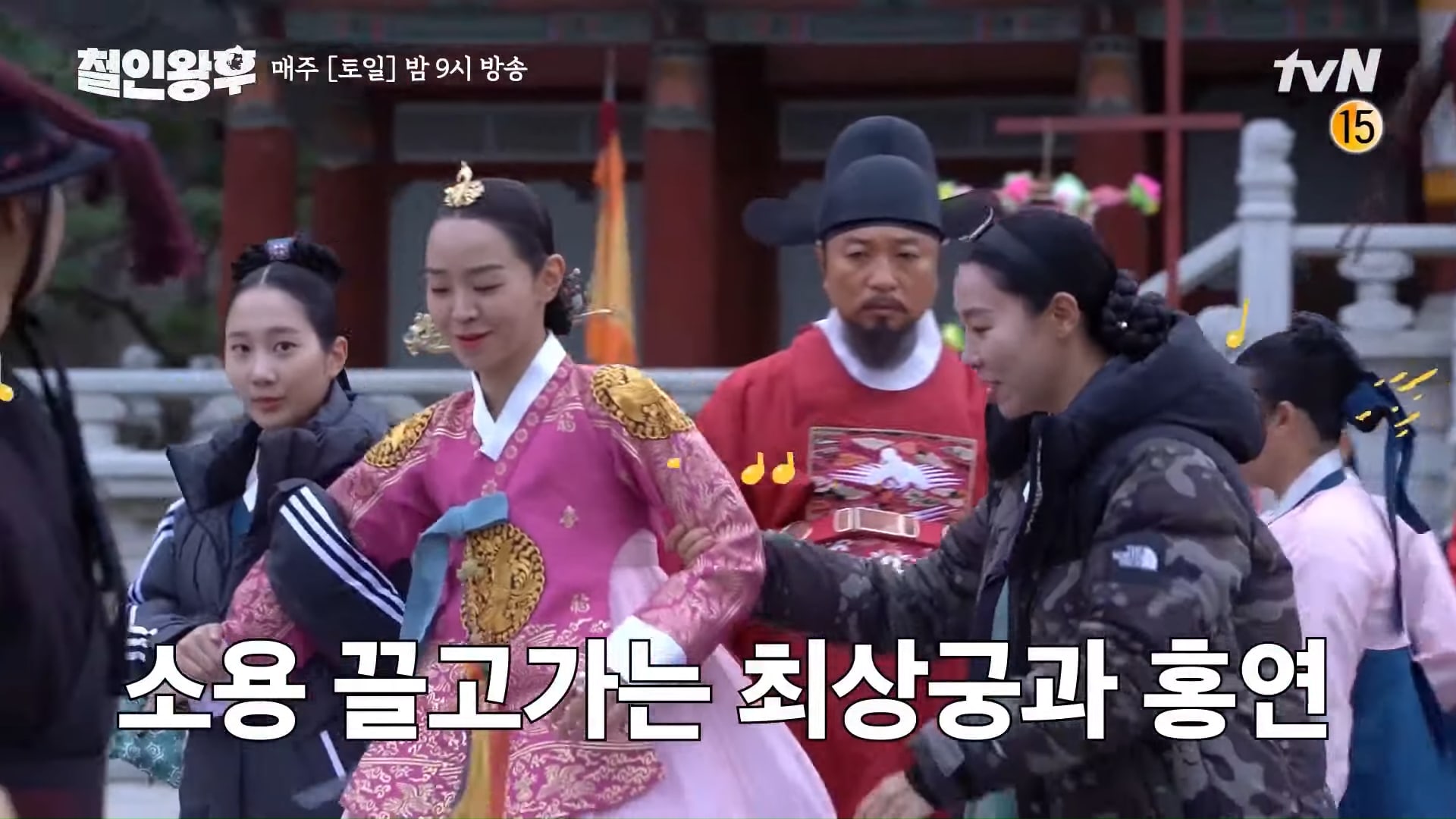 Kim Jung Hyun, who is waiting for his turn to film, approaches the making-of video and says, “Everyone, you’re cold, right? Don’t go anywhere and… wait, my hair!” He stops talking and quickly goes to look for it. However, he makes sure to come back later and say good-bye to the viewers. 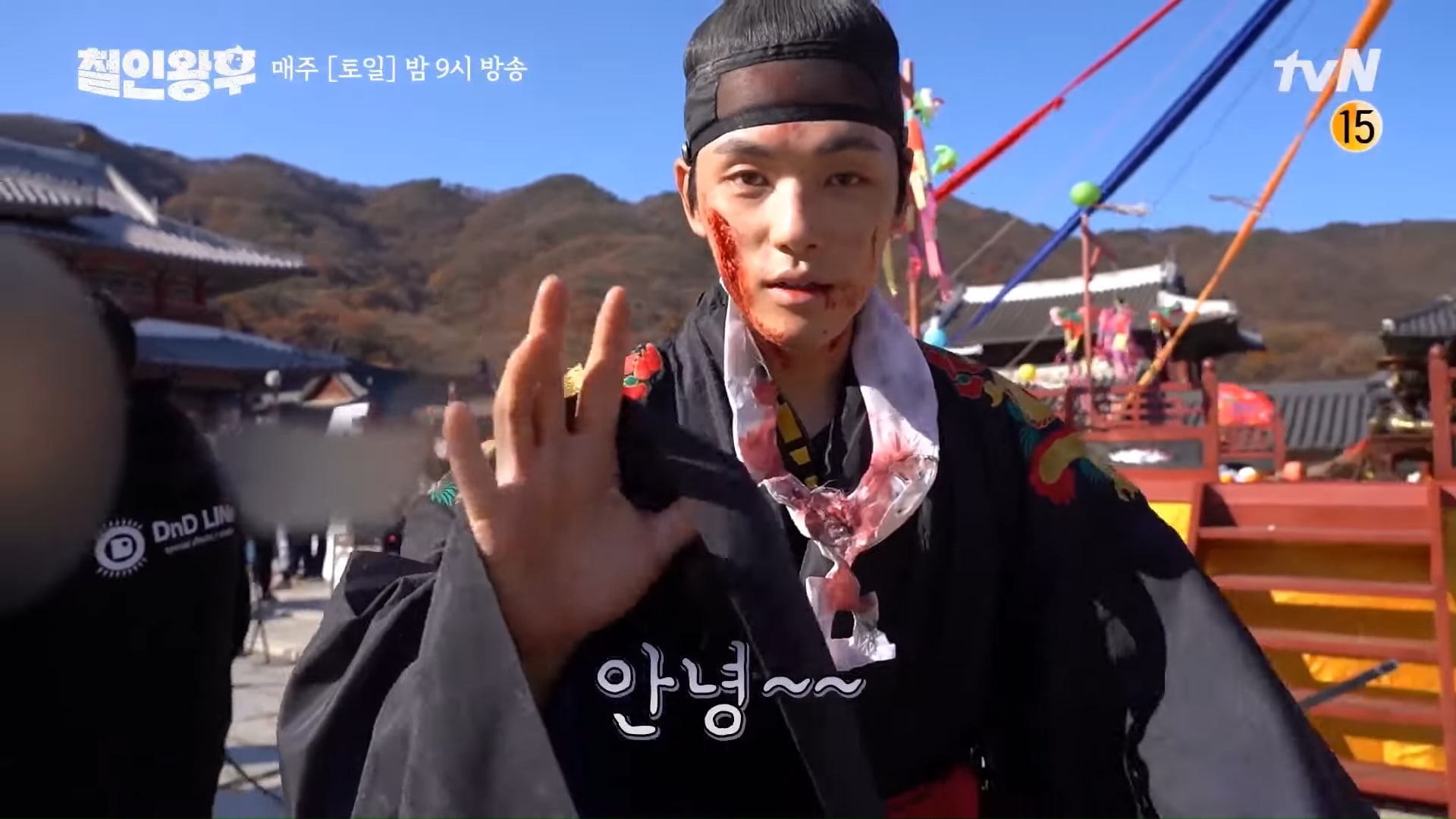 Catch up with “Mr. Queen” on Viki: