Yoo Jae Suk said, “We’ve said this from the first season, but we don’t go into it knowing what the situation will be beforehand. We fall into the situation that the production staff has prepared and play from there.”

Lee Seung Gi said, “The level of the mysteries isn’t easy. It was at the level where I was like, ‘Can celebrities do this? We need to invite science majors from KAIST [Korea Advanced Institute of Science and Technology] or Seoul National University.’ I hope viewers will look forward to how we solve these high-level mysteries.”

Lee Kwang Soo said, “The members accepted me as family faster than I thought they would. But it was harder to endure the members’ criticism than to solve the case.” About his most memorable guest experience, he said, “Song Ji Hyo appeared but she just slapped me on the cheek and left. It was a set-up in which we were meeting for the first time, and I felt glad to see her in my heart, but suddenly she slapped me.” Yoo Jae Suk commented, “It was a slap that was hard enough to make me wonder what had happened between them.”

Park Min Young said, “After going on this show, I started to play roles of very intelligent characters. The show made me look smarter than I really am, so I got to play smart characters in dramas like ‘What’s Wrong With Secretary Kim.'”

Kim Sejeong said, “In the past, I didn’t have a lot of close colleagues who would send me coffee or snack trucks when I worked on drama sets. After I met the ‘Busted!’ members, they sent me a lot of presents.” Yoo Jae Suk chimed in, “I’ve known Kim Jong Min for 30 years but I was shocked when I heard he’d sent Sejeong a coffee truck. I’ve never even gotten a phone call from him.”

Sehun said, “I wouldn’t call myself a variety veteran yet. I’ve learned a lot from the amazing older members and Sejeong. I think I’ve just dipped my feet in the variety world so far. There’s a long road ahead of me before I can become a veteran.” 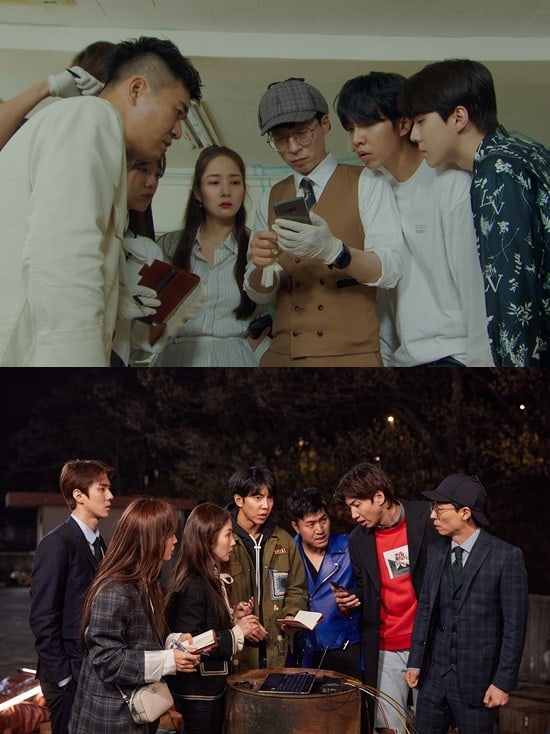 “Busted!” Season 3 premieres on January 22. Check out the trailer here!

Check out Park Min Young in “What’s Wrong With Secretary Kim” below: