“Convenience Store Fling” stars Choi Ji Soo as Yeo Joo Ah, a girl who works at a convenience store and ends up being the object of affection of the four male leads, played by AB6IX’s Kim Dong Hyun, Golden Child’s Jaehyun, VICTON’s Subin, and PENTAGON’s Wooseok. The show is being billed as an “interactive web drama” in which viewers will choose who the female lead ends up with in the final episode through votes.

Kim Dong Hyun plays the sweet and affectionate manager of the convenience store. His poster caption reads, “Do you want to work here? I’m looking for a part-time employee.” 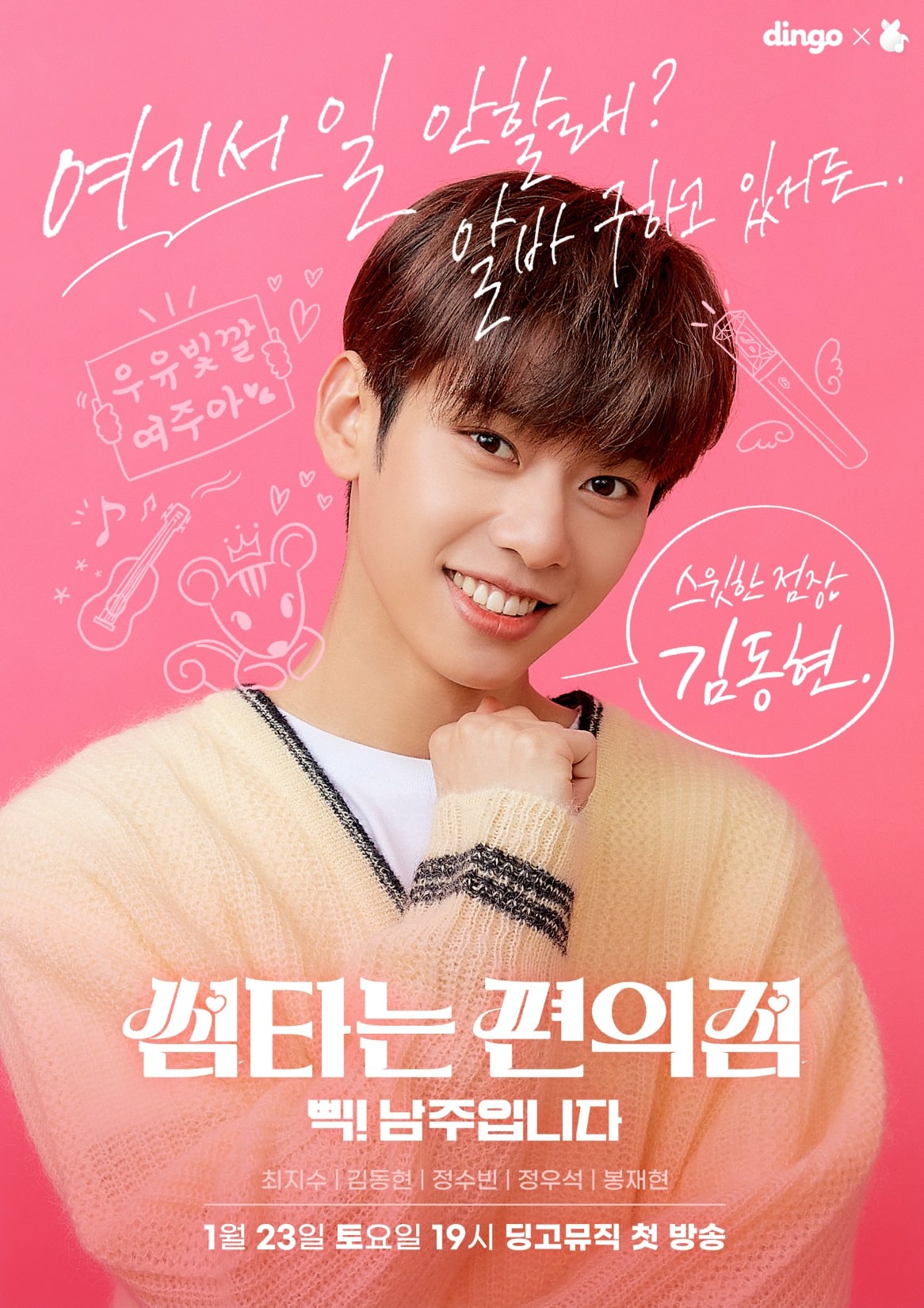 Subin plays the tsundere part-time employee at the convenience store. His caption reads, “I don’t have much… but it seems like I’m pretty popular.” 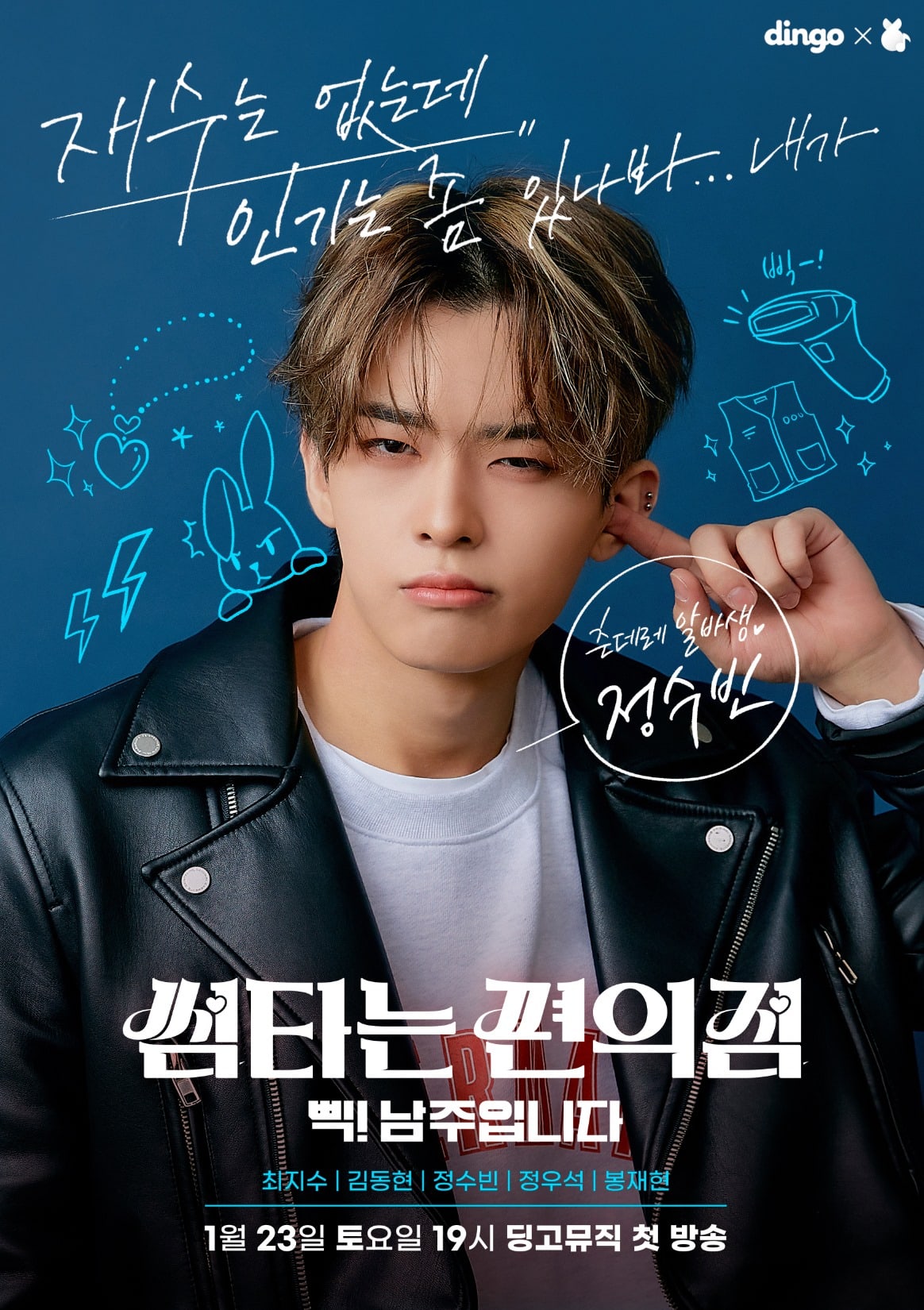 Jaehyun plays a puppy-like character who is younger than the female lead but bold about his feelings for her. His caption reads, “I will definitely protect you. Trust me!” 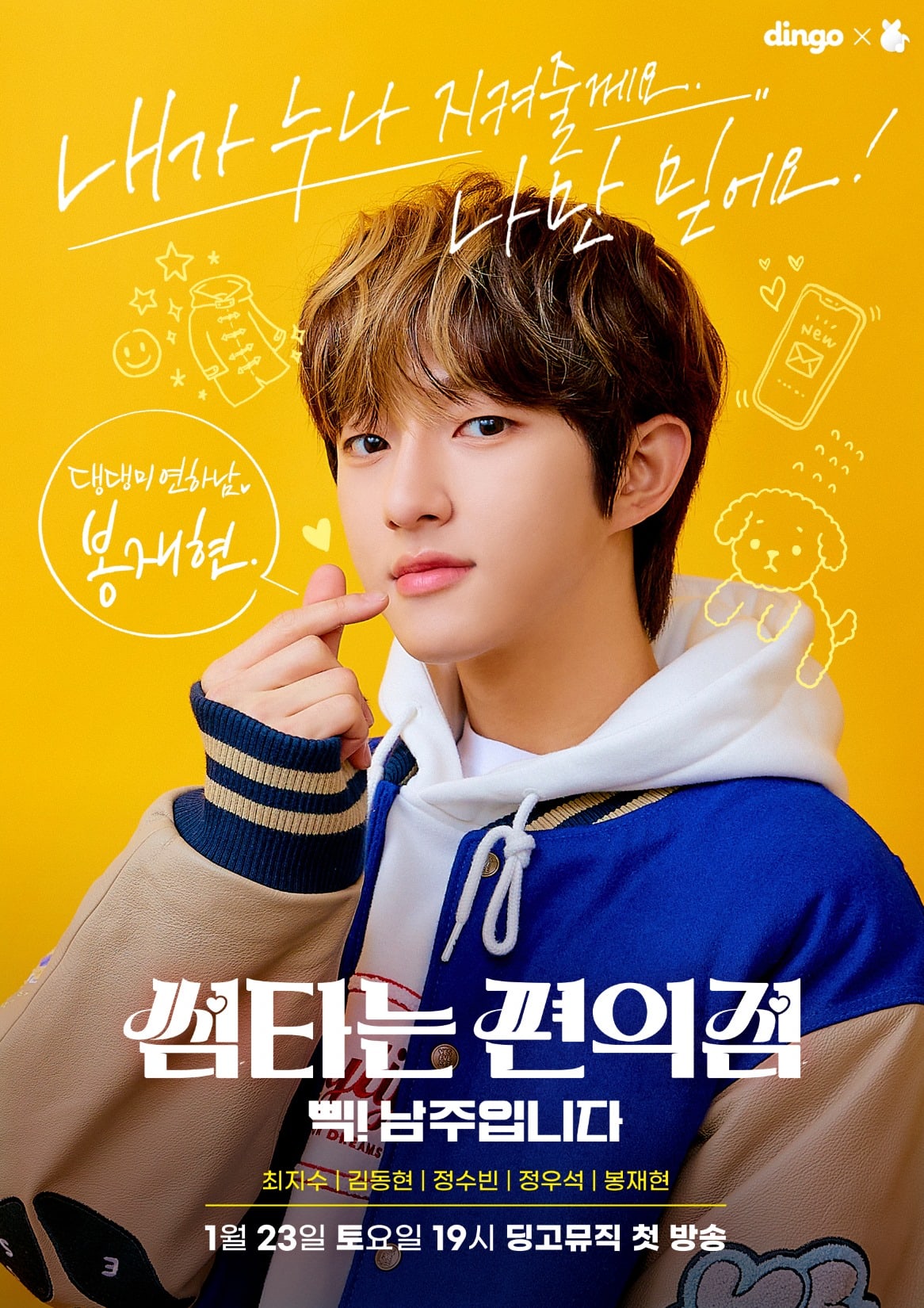 Wooseok plays a mint chocolate lover who gets into a fight with the female lead over mint chocolate products. His caption reads, “I think that’s mine?” 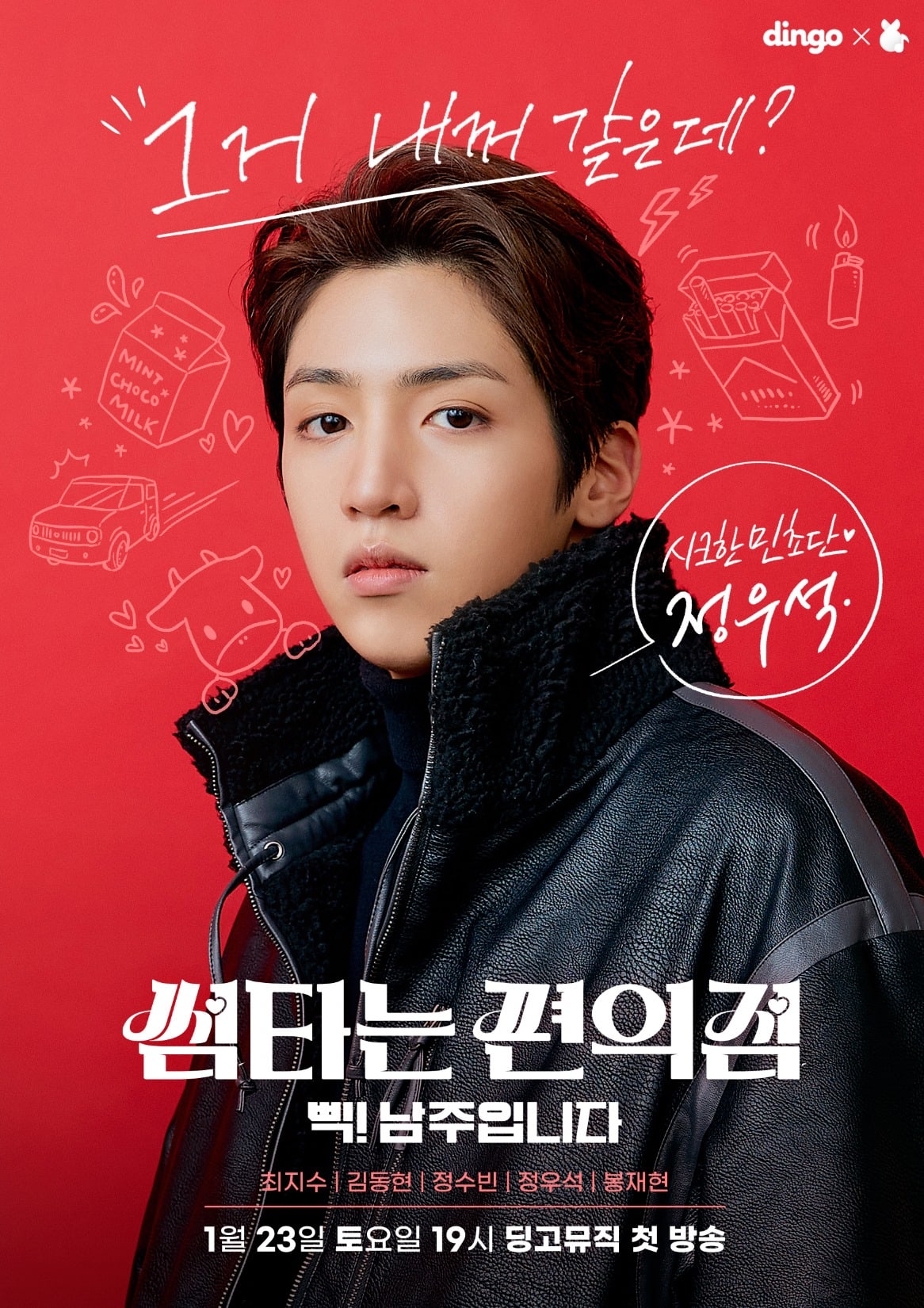 Choi Ji Soo’s character, Yeo Joo Ah, is described as a “forever convenience store worker” and her poster caption reads, “Something unbelievable has just happened to me.” 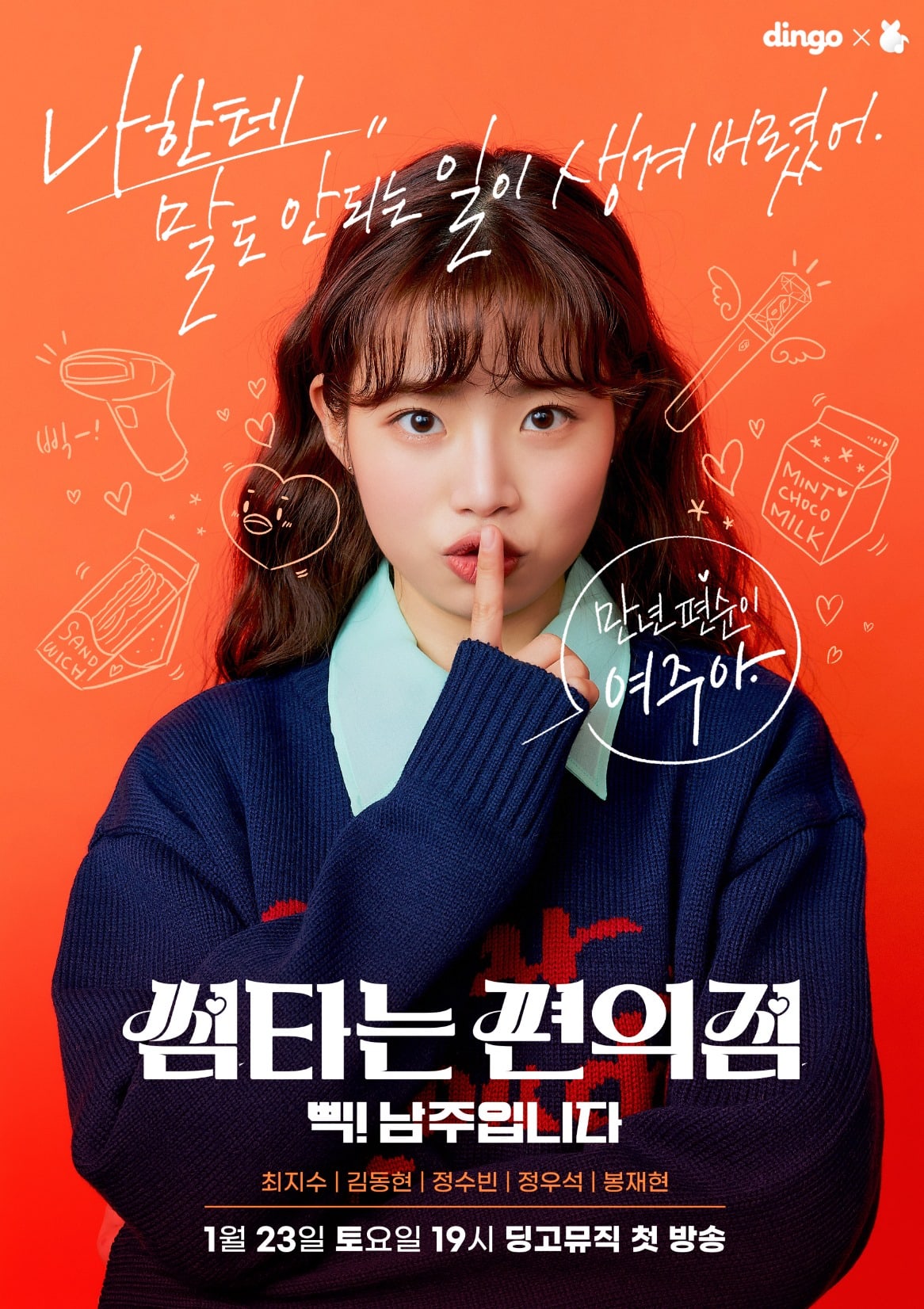 “Convenience Store Fling” premieres on Dingo Music’s YouTube channel and the U+ Idol Live app on January 23 at 7 p.m. KST. Check out a teaser here!