BLACKPINK’s Jisoo Talks About Her Personality, Shares Advice On Dealing With Worries And Fears, And More

BLACKPINK’s Jisoo shared her thoughts on her personality, some advice, and more in an interview with W Korea!

Jisoo graces the cover of the February issue of the magazine. When asked what she’s been up to lately in an interview to go along with her pictorial, Jisoo shared that she’s been focusing with her fellow members on preparing for BLACKPINK’s live-stream concert “The Show” that’s coming up on January 31. “I’m also filming the JTBC drama ‘Snowdrop‘ [working title] at the same time, so I’m very busy,” she said. 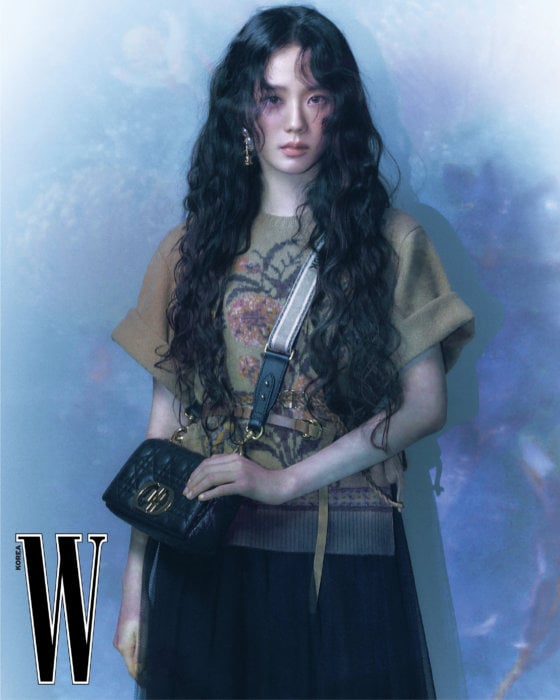 On how she spent her January 3 birthday, Jisoo said, “I happened to not have any work on my birthday. I slept soundly until late [laughs]. After I got up, I saw the many birthday wishes left by our fan club BLINK and thought ‘Oh, it’s my birthday!’ Thanks to them, it was a day full of gratitude and happiness.”

Jisoo was asked to share what the most memorable moment was about promoting BLACKPINK’s “The Album,” which came out in October 2020.

“As you know, it was our first full album since our debut,” said Jisoo. “That may be why the most memorable moment for me is still the moment right when our album release began. I think I had two emotions at the same time. I hoped that the BLINKs who had waited a long time would like the album as much as we do, and I also felt sad that we can’t meet BLINKs in person.” 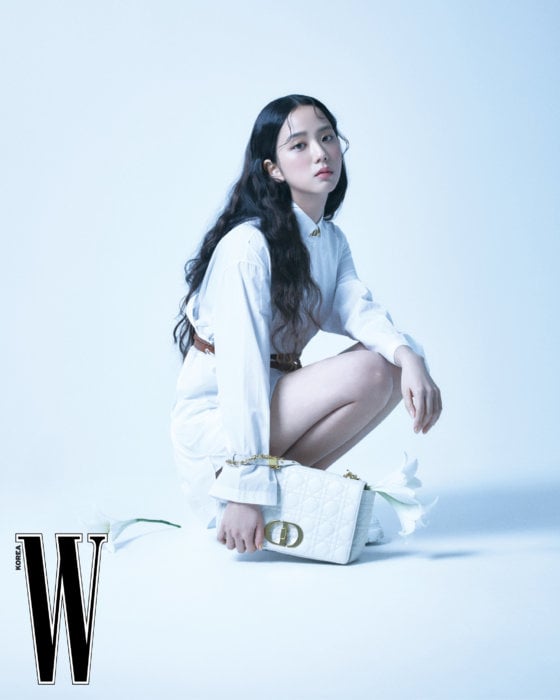 The interviewer commented on how Jisoo appears to be positive and easy-going in her live broadcasts. Jisoo was asked if she has any advice for people who are dealing with worries, fears, or hesitations.

“When worries and fears come up, I think it’s a good habit to not fall too deep into that emotion and instead quickly switch to another thought,” shared Jisoo. “There will always be situations that can’t be solved easily, no matter how hard you try, so I hope you won’t hesitate too much. Also, we shouldn’t reproach ourselves too much over things we can’t easily change at will, and we shouldn’t regret things that have already happened either. It’s better to quickly brush it off and think about the next step and how it can be turned into a good situation, and the result will be better too.” 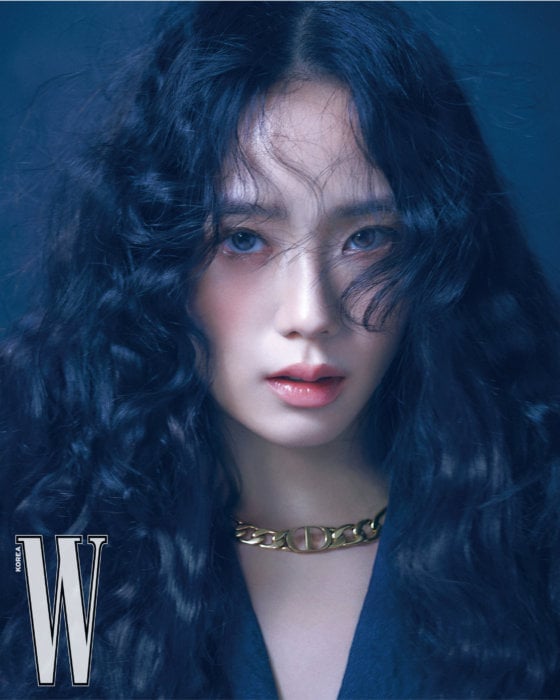 On the topic of her greatest strength, Jisoo said, “I don’t dwell on the past or the future. I do my best while focusing on this moment now, on the present. It seems to make me strong.”

Jisoo was asked if there is any good advice she’s heard from someone else or a phrase that she likes. “There’s a phrase that comes to mind right away, maybe because I just thought about my strengths,” she said. “When I was young, I by chance saw a phrase that my father had written down. ‘As though today is the last.’ I didn’t completely understand it at the time. I think it might have been a resolution to work hard and live every day without regrets. I sometimes think of that sentence.” 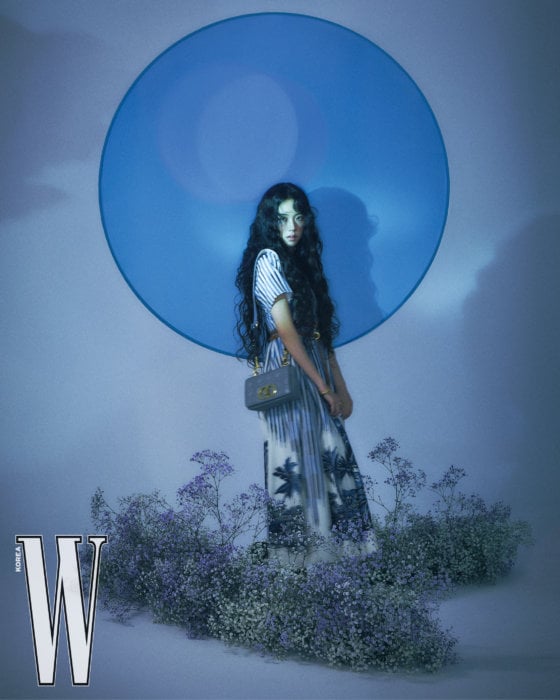 After accomplishing many meaningful achievements in 2020, releasing their first full album, and more, it was suggested to Jisoo that she praise herself for spending 2020 well. “Even during a busy schedule, we put a lot of thought into every performance about what BLINKs will enjoy as we tried new things in many fields. I hope that BLINKs will also remember spending an enjoyable 2020 after seeing the more diverse sides of BLACKPINK that came from this thought and effort,” said Jisoo.

As the interview wrapped up, Jisoo shared her resolution for the new year. “I think it will be a busy year,” said Jisoo. “I will try to always stay in good condition. Also, it’s my goal to create many opportunities to see BLINK this year too, as much as last year.” 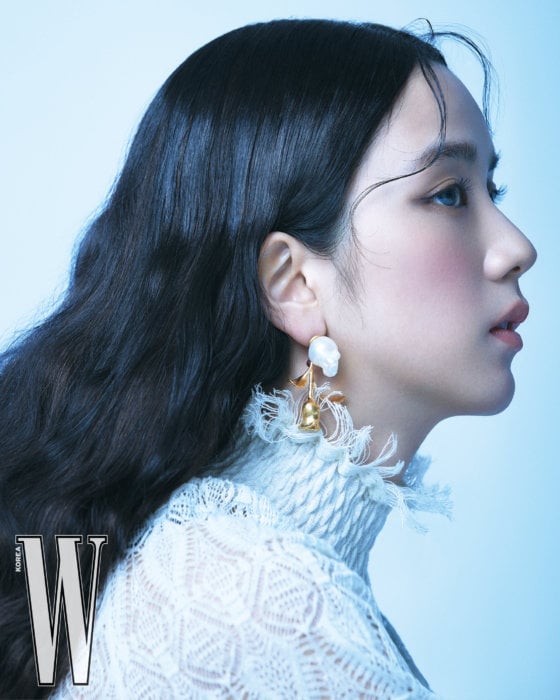 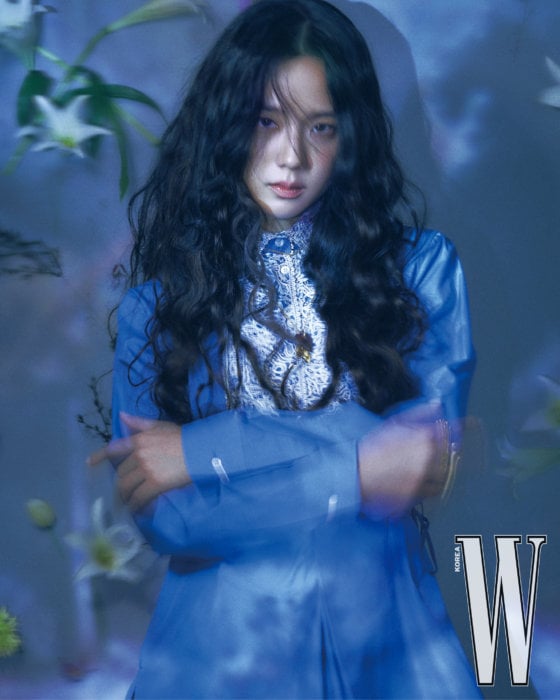 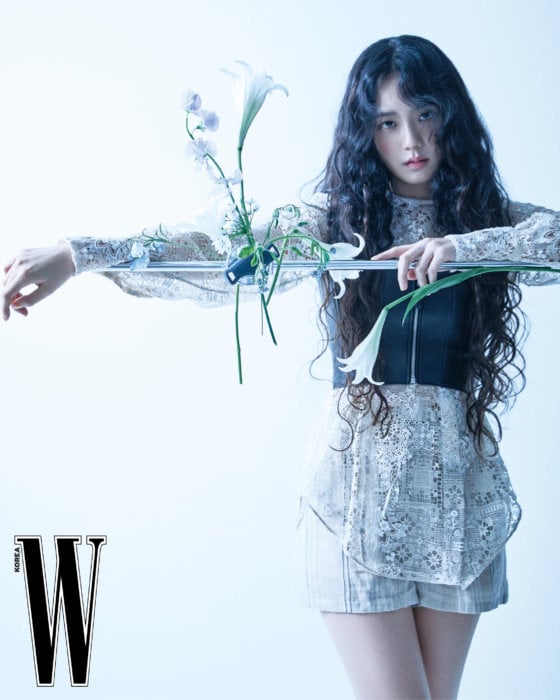 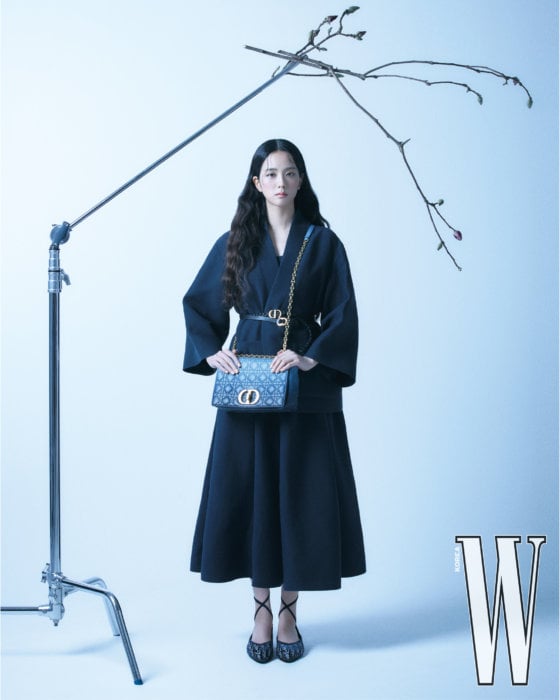 BLACKPINK
W Korea
Jisoo (BLACKPINK)
How does this article make you feel?