TVXQ’s Yunho Talks About His Collaborators On Comeback, Why He Likes His Passionate Character, And More

On January 21, Yunho appeared as a guest on the radio show “Kim Shin Young’s Hope Song At Noon.”

As he’s currently appearing on a variety show with DinDin, Yunho was asked whether he’d like to be joined by him or Yunho’s other close friend Son Ho Jun on a new program. Yunho chose Son Ho Jun, explaining, “Ho Jun hasn’t been appearing on variety shows these days so I think it’d be good to show off his charms.” 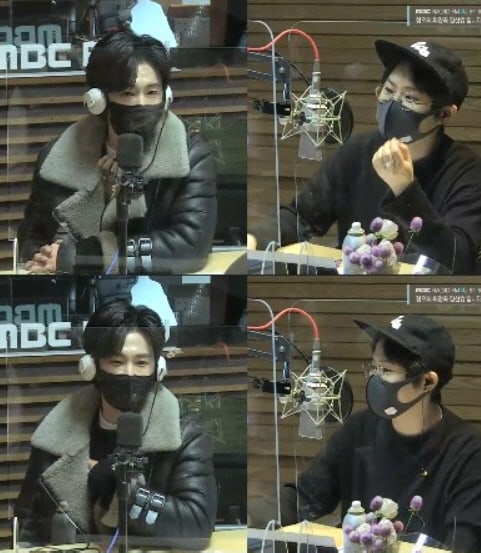 Last week, Yunho made his return with a new album and an action-packed music video for title track “Thank U” featuring Hwang Jung Min and Lee Jung Hyun. Yunho commented that they’d paid homage to different movies like “Kill Bill.”

He continued, “Hwang Jung Min and I are connected through ‘Ode to My Father’ so he appeared for no performance fee. He’s truly so detailed. The scene where he’s sucking on candy was even an improvisation.”

Yunho also praised Shin Ye Eun who both features on his song “La Rosa” and appears in the music video. He commented, “I really liked her calm voice. We recorded for three hours but she didn’t rest once. It was really amazing.”

He also addressed being well-known for his passion and adopting a passionate character as a result. Yunho shared, “I’ve just lived my life like this but it became a character overnight. It’s like a device that helps control myself but I think of it positively because it’s originally who I am. A day has exactly 24 hours but if I spend my life living each day specially, I think that my life will also become special.”

Regarding what makes a day special, Yunho chose inventions. He revealed, “I own a few patents. I have around three to four and I’m waiting for the one I’ve applied for.”

Yunho also chose Michael Jackson and Cho Yong Pil as his role models, explaining, “It’s just not that easy to perform that long and work continuously. I want to work gradually so I can one day become like Cho Yong Pil.”

Watch Yunho in “Melo Holic” below!

TVXQ
Kim Shin Young's Hope Song at Noon
Yunho
How does this article make you feel?