Gaon Chart has revealed its chart rankings for the week of January 10 to January 16!

TREASURE topped this week’s physical album chart with their first full-length album “THE FIRST STEP : TREASURE EFFECT,” which debuted at No. 1. The Kit version of TREASURE’s new album also charted separately at No. 5. 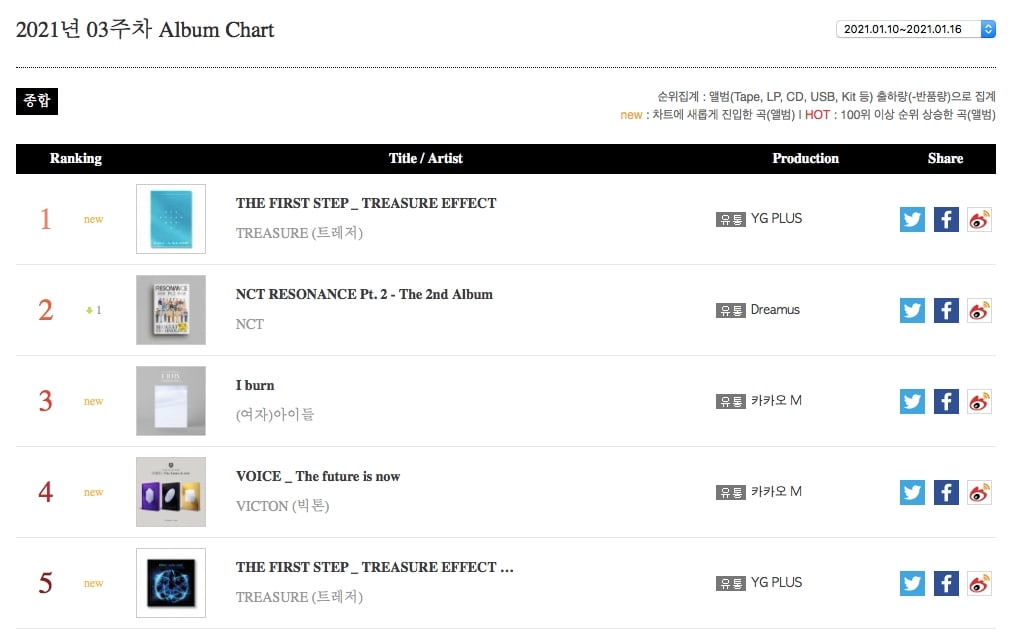 (G)I-DLE claimed three of the top five spots on this week’s digital download chart with songs from their new mini album: their title track “HWAA” entered the chart at No. 1, while their B-sides “MOON” and “HANN (Alone in Winter)” debuted at No. 3 and No. 4 respectively.

VICTON’s new title track “What I Said” entered the chart at No. 2, and KyoungSeo’s “Shiny Star (2020)” rounded out the top five for the week. 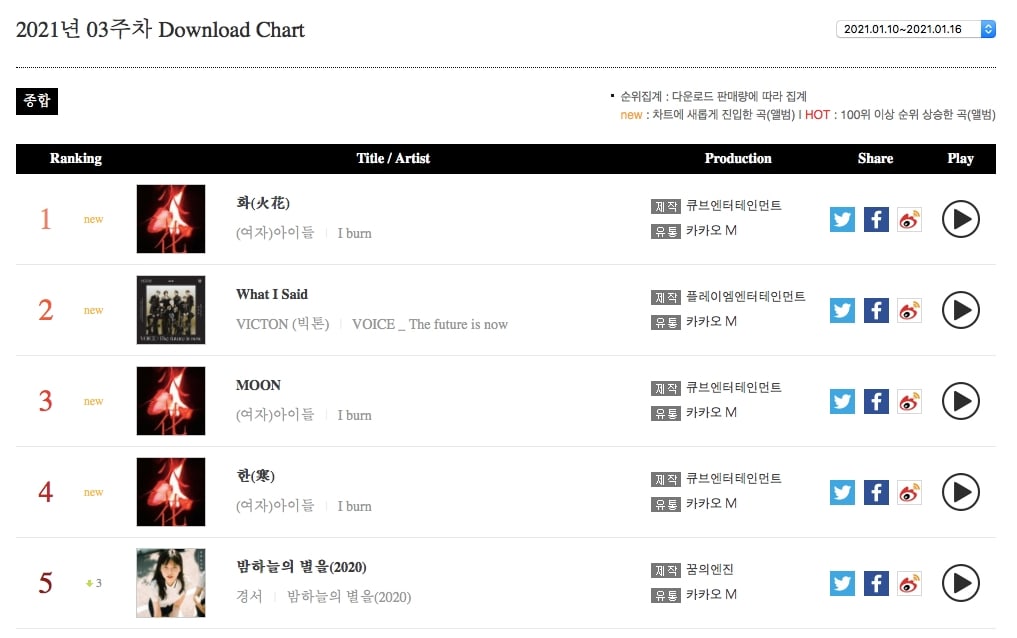 KyoungSeo’s “Shiny Star (2020)” rose to No. 1 on this week’s overall digital chart, followed by “Show Me the Money 9” rappers Mirani, Munchman, Khundi Panda, and MUSHVENOM’s hit collaboration “VVS” (featuring JUSTHIS and produced by GroovyRoom) at No. 2. 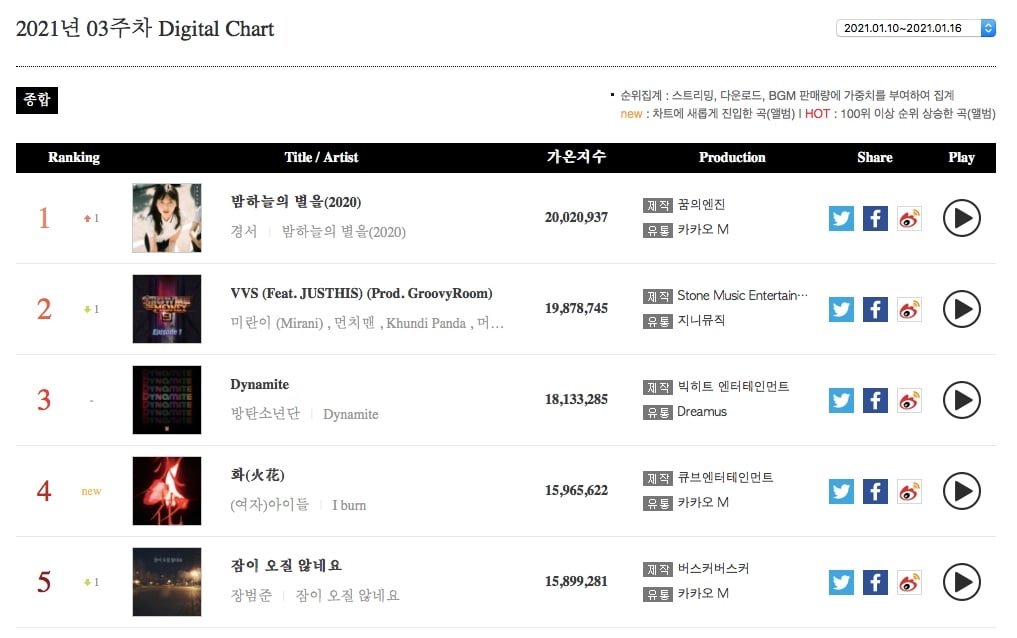 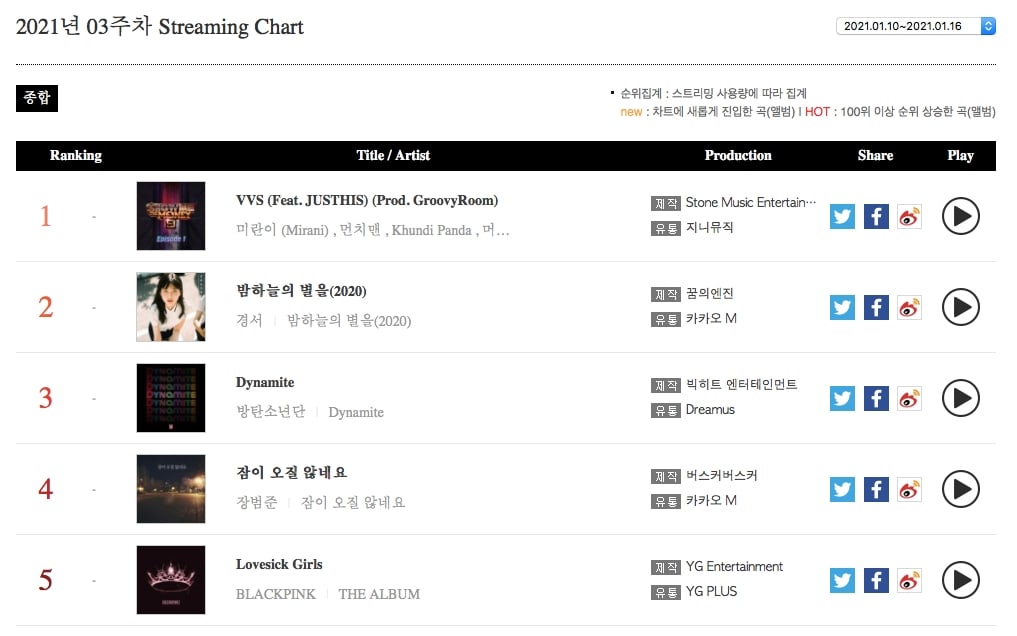 BLACKPINK maintained their position at No. 1 on Gaon’s Social Chart 2.0 this week, with BTS and Song Ga In also holding onto their respective spots at No. 2 and No. 3. (G)I-DLE shot up 23 spots in the rankings to claim No. 4, while Im Young Woong came in at No. 5 for the week. 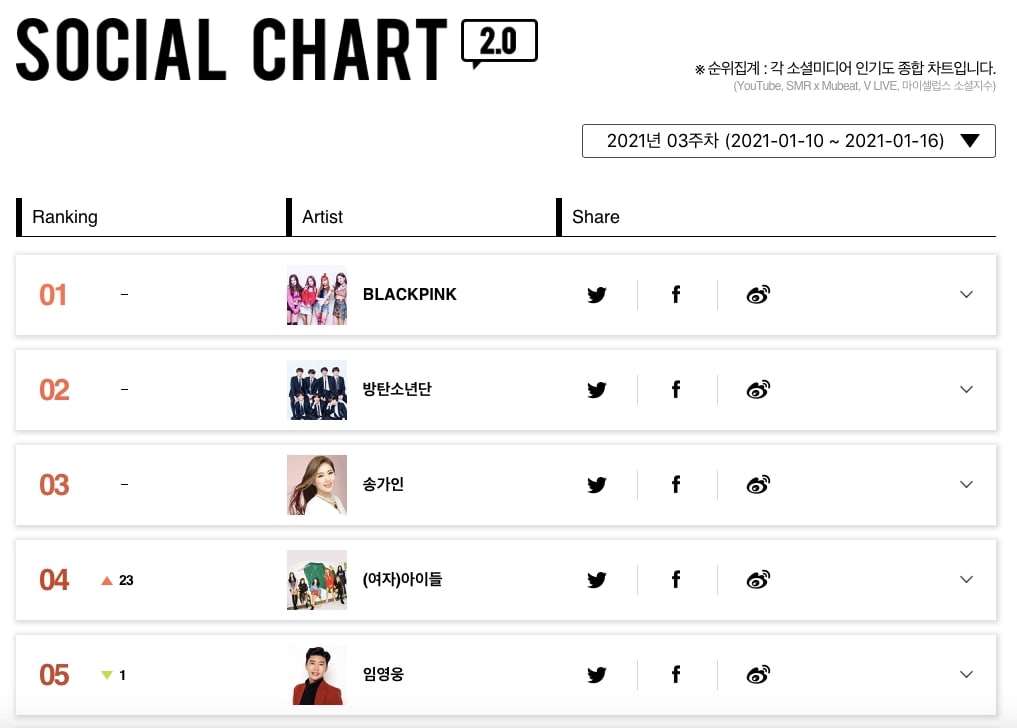