tvN’s “True Beauty” has shared an adorable new glimpse behind the scenes of filming!

On January 22, tvN released a fun video of the “True Beauty” cast joking around with each other on the set of the popular rom-com drama.

The clip begins with ASTRO’s Cha Eun Woo and Hwang In Yeop filming the scene in which Han Seo Jun (Hwang In Yeop) gives Lee Su Ho (Cha Eun Woo) a piggyback ride while running away from some gangsters.

Between takes, the exhausted Hwang In Yeop cracks everyone up by insisting, “It’s not that Eun Woo is heavy,” to which Cha Eun Woo replies, “I am heavy, though.” Hwang In Yeop then turns to the camera and hilariously pleads, “Save me. The process of Seo Jun and Su Ho getting closer is tough.” Cha Eun Woo laughs, “He’s even tossed aside his mustang jacket [because of the sweating]. Find strength! I guess I’m heavy.”

Later, when asked if they’ve ever taken a ride on farming equipment before, the two actors reply in unison, “When we were kids.” Cha Eun Woo adds, “We both rode in the same place,” leading Hwang In Yeop to chime in, “It just happened by chance that—can I say this?” Cha Eun Woo not only gives him permission, but finishes his thought by saying, “Our dads are from the same hometown.” Hwang In Yeop remarks with a smile, “There might have been a day when our paths overlapped without our realizing it. It’s just that we passed each other by without knowing.” 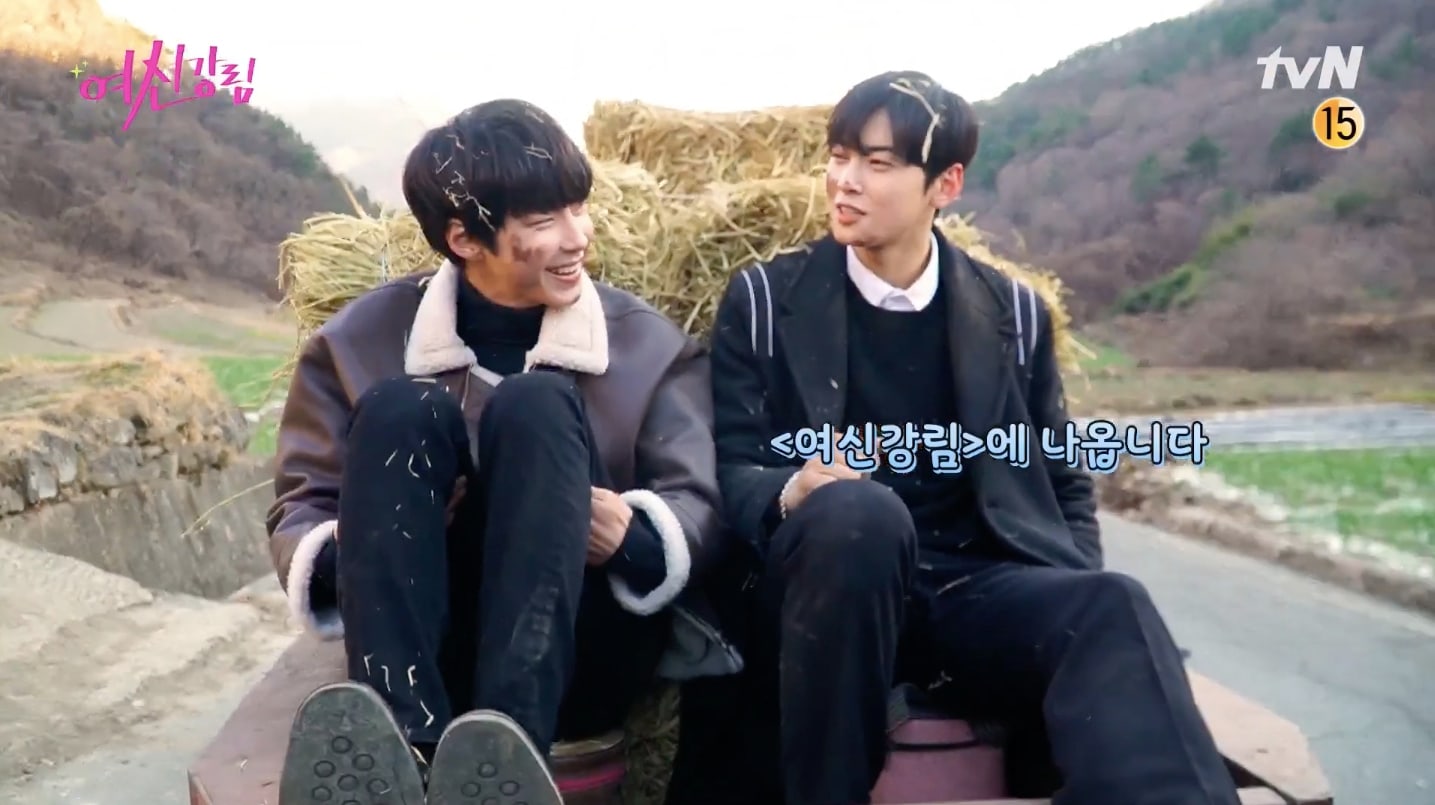 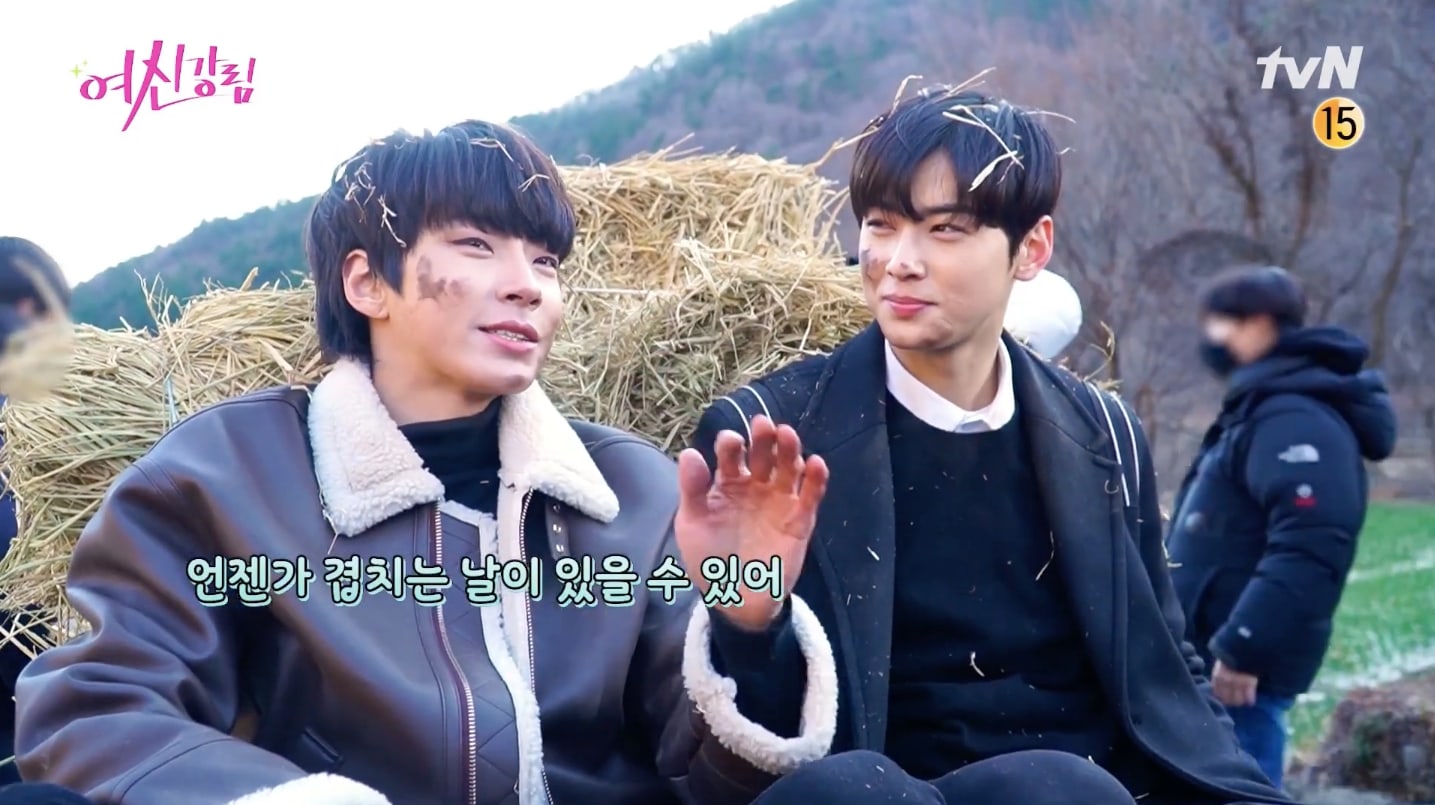 The two co-stars continue to show off their cute real-life chemistry in the next scene, which features Han Seo Jun doing a seemingly endless number of sit-ups while Lee Su Ho holds his legs.

Cha Eun Woo playfully declares that Hwang In Yeop definitely has impressive six-pack abs now before asking, “Would it be possible for you to reveal them [to the camera]?” The director jokes, “Reveal them after we finish filming this scene!” 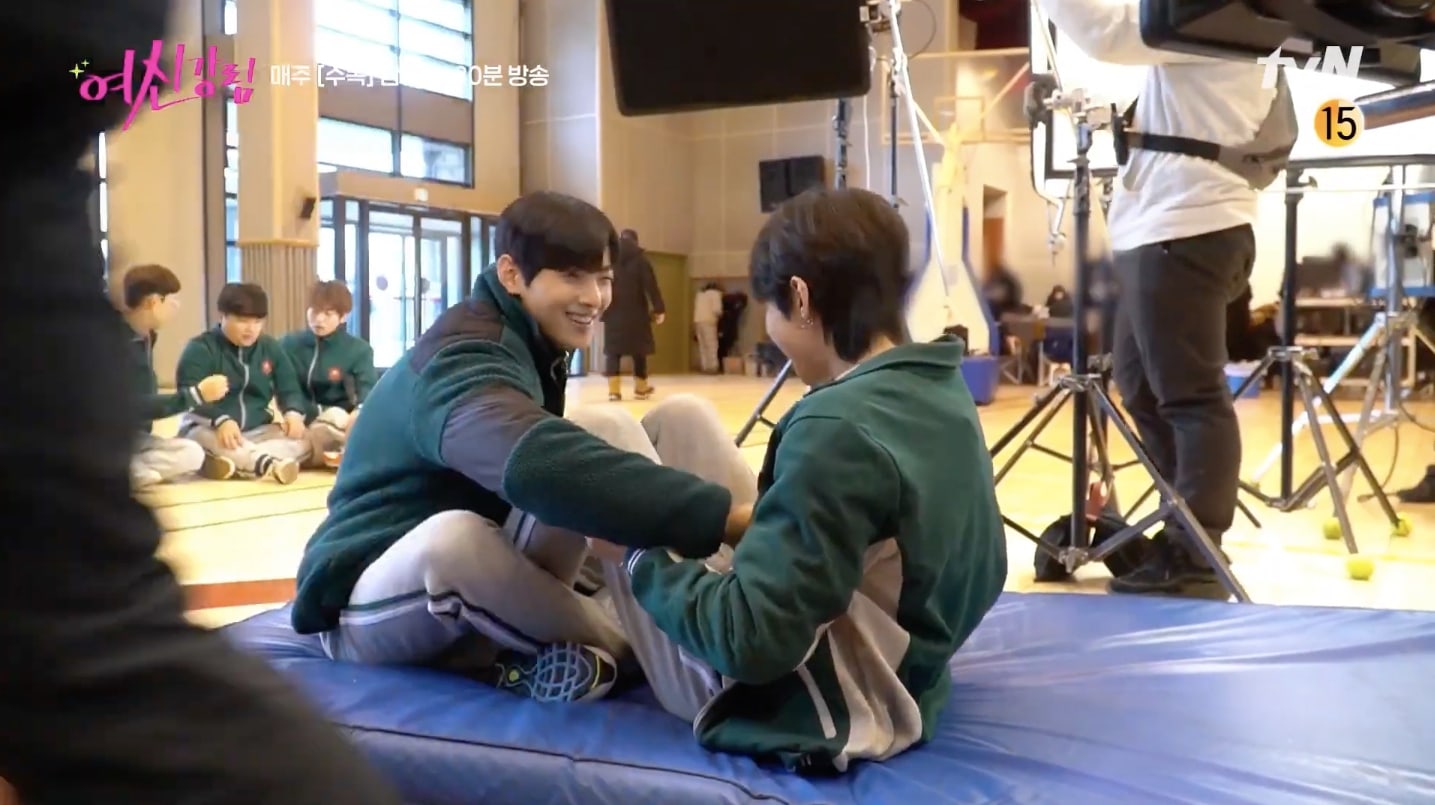 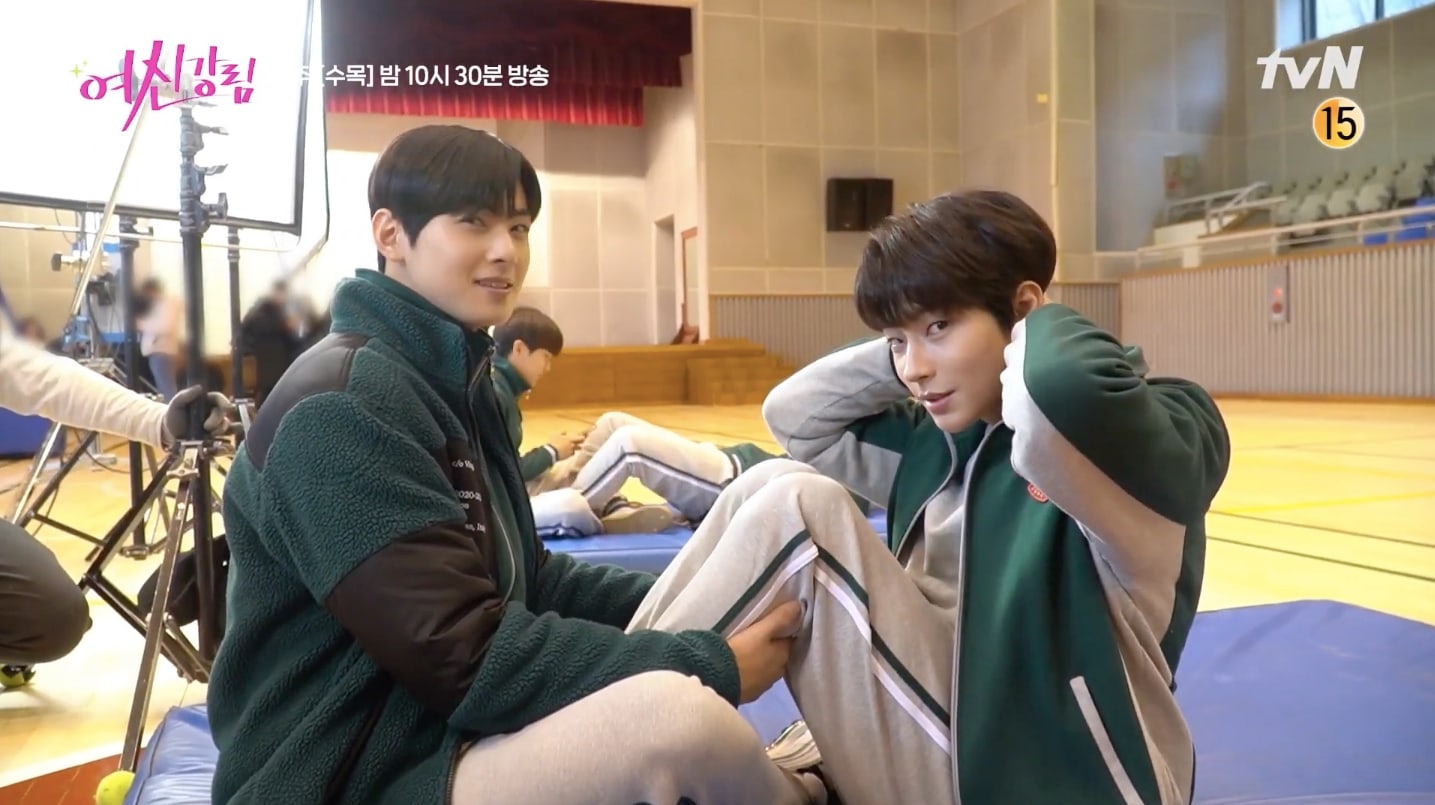 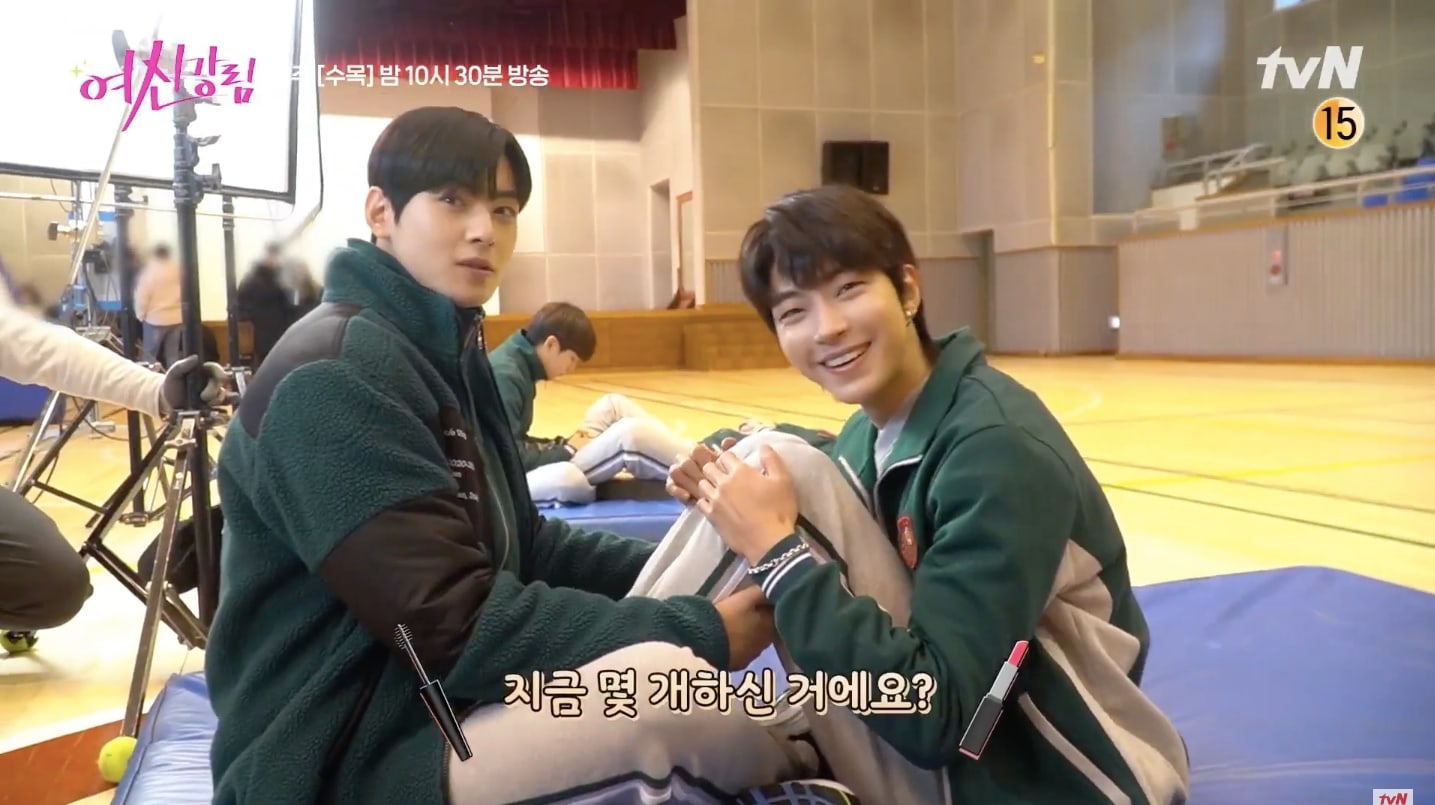 The clip goes on to show Hwang In Yeop performing a magic trick for the camera, then cutely imitating Moon Ga Young’s tone of voice as they move on to their next scene together. 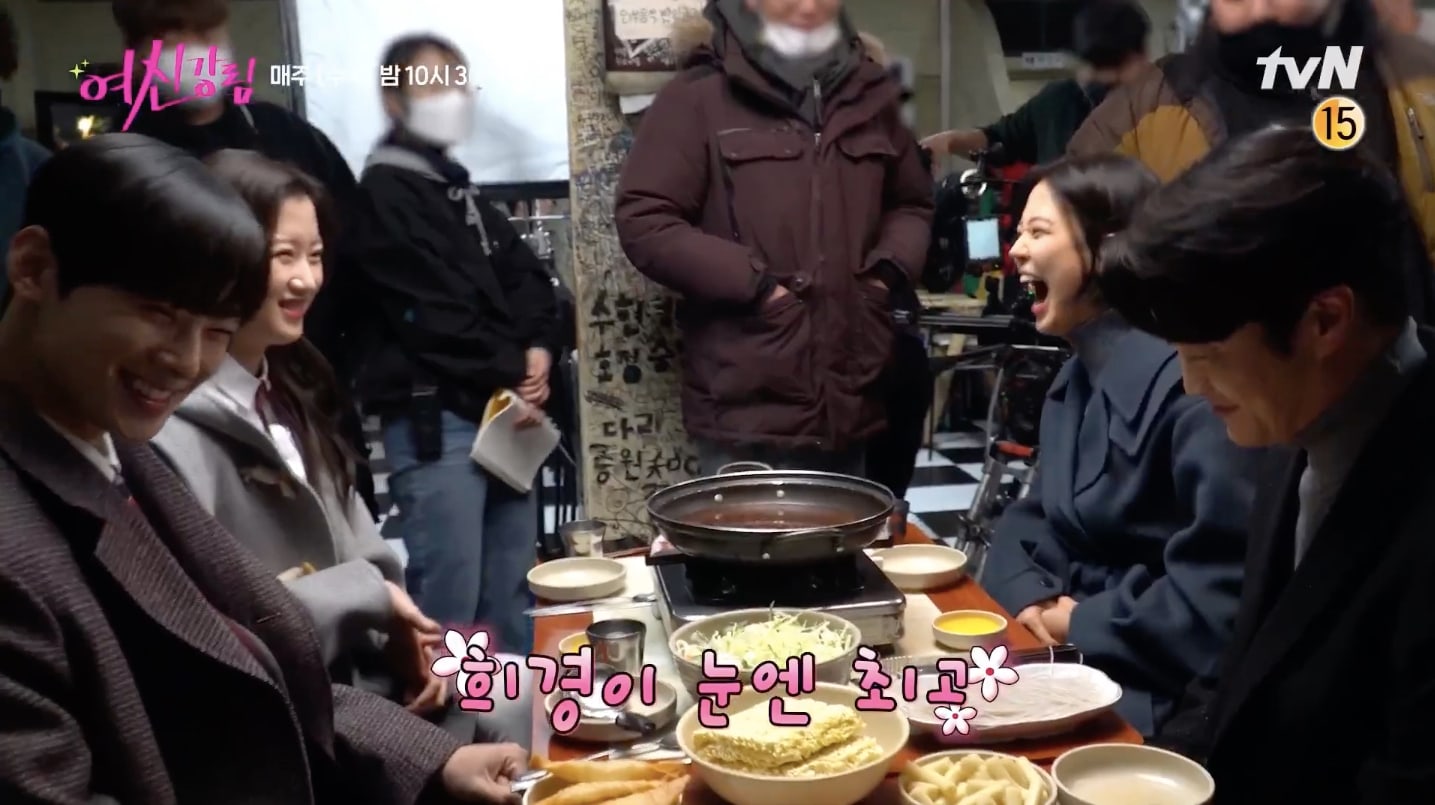 Finally, the video ends with Cha Eun Woo and Moon Ga Young filming their romantic kiss scene outside of Lim Ju Gyeong’s house. The director repeatedly asks them to try shooting the scene again, suggesting that Cha Eun Woo speak more gently but also be more forceful in pushing Moon Ga Young up against the wall.

Eventually, however, he praises Cha Eun Woo for a job well done, which makes the star turn suddenly shy as he adorably hides his face in a fit of embarrassed giggles. 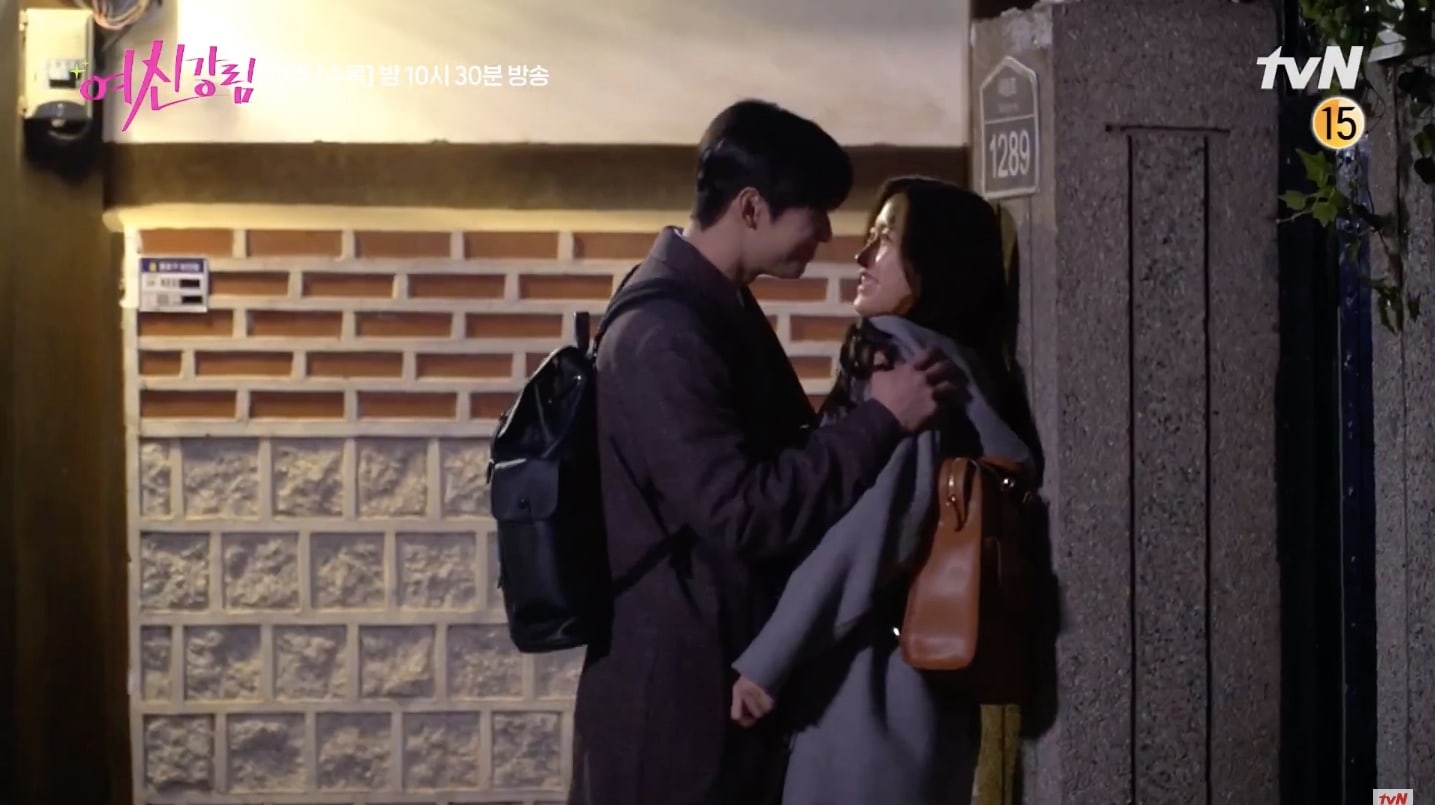 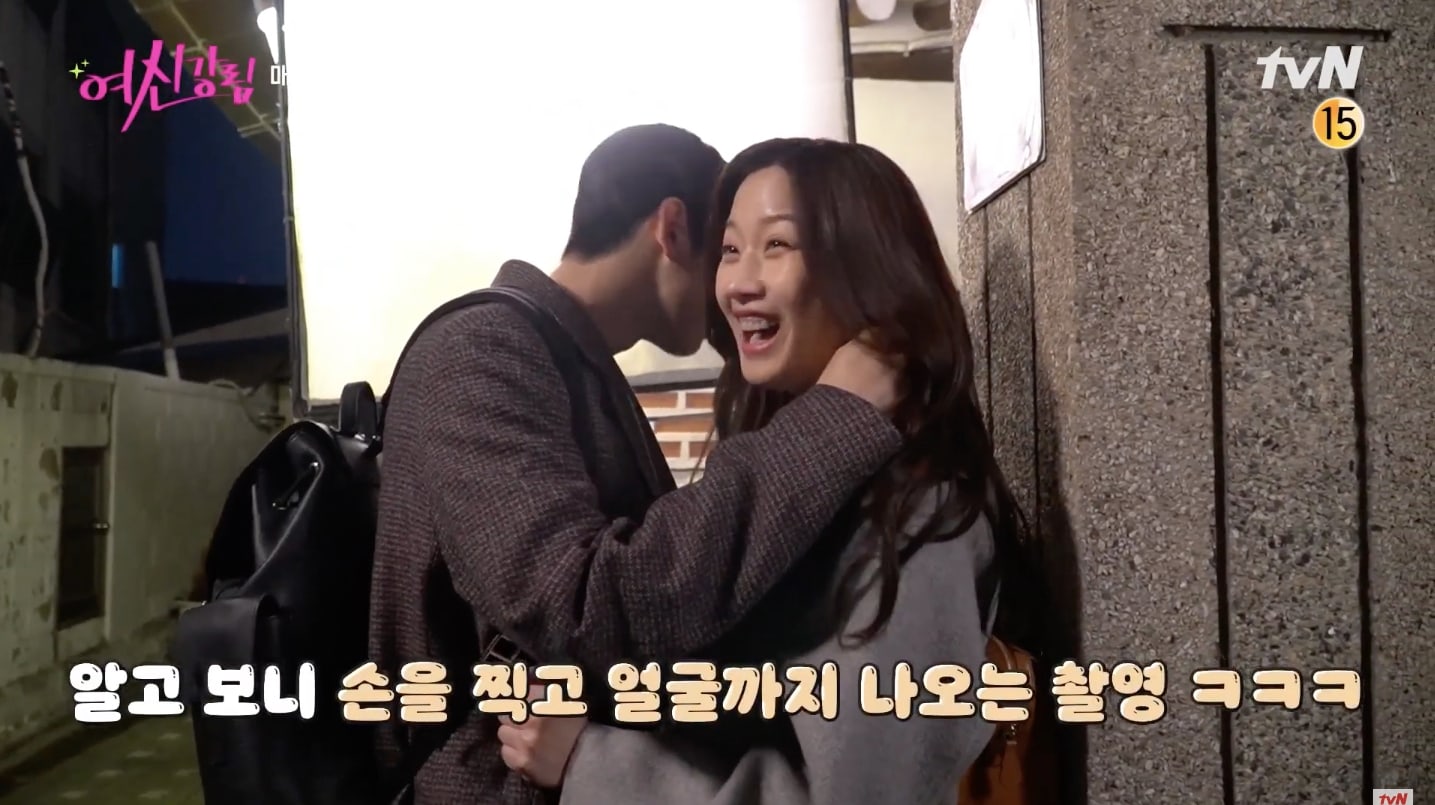 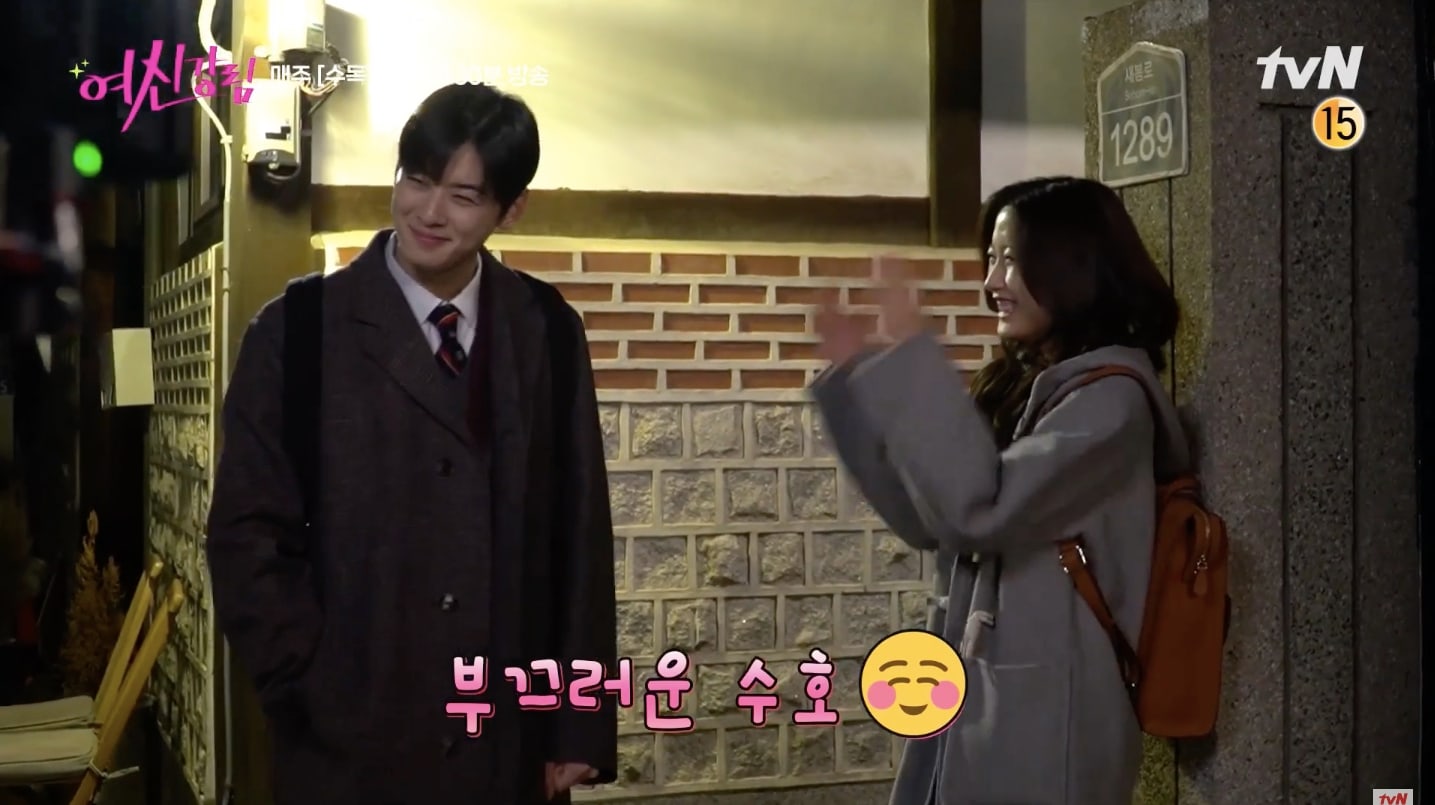