Go Min Si Talks About Being Cast For “Sweet Home,” How She Learned To Understand Her Role, And More

Go Min Si spoke with Marie Claire Korea about working on the series “Sweet Home,” her goals as an actress, and more!

In an interview with the magazine, Go Min Si first discussed her character in the horror series, which features humans that turn into monsters. She played Lee Eun Yoo, a former ballerina who quit due to an injury.

The actress described how at her first audition, she read a line for each of the characters of Yoon Ji Soo, Lee Eun Yoo, and Park Yoo Ri. She had previously been leaning towards taking on the role of Park Yoo Ri, but the director said it’d be good if she tried to act for Lee Eun Yoo’s character. A week later, she had been surprised to get a call from the director to come pick her script up. She said that when she arrived to receive her script, she ran into Song Kang, whom she had worked with on “Love Alarm” previously, which was a second surprise. 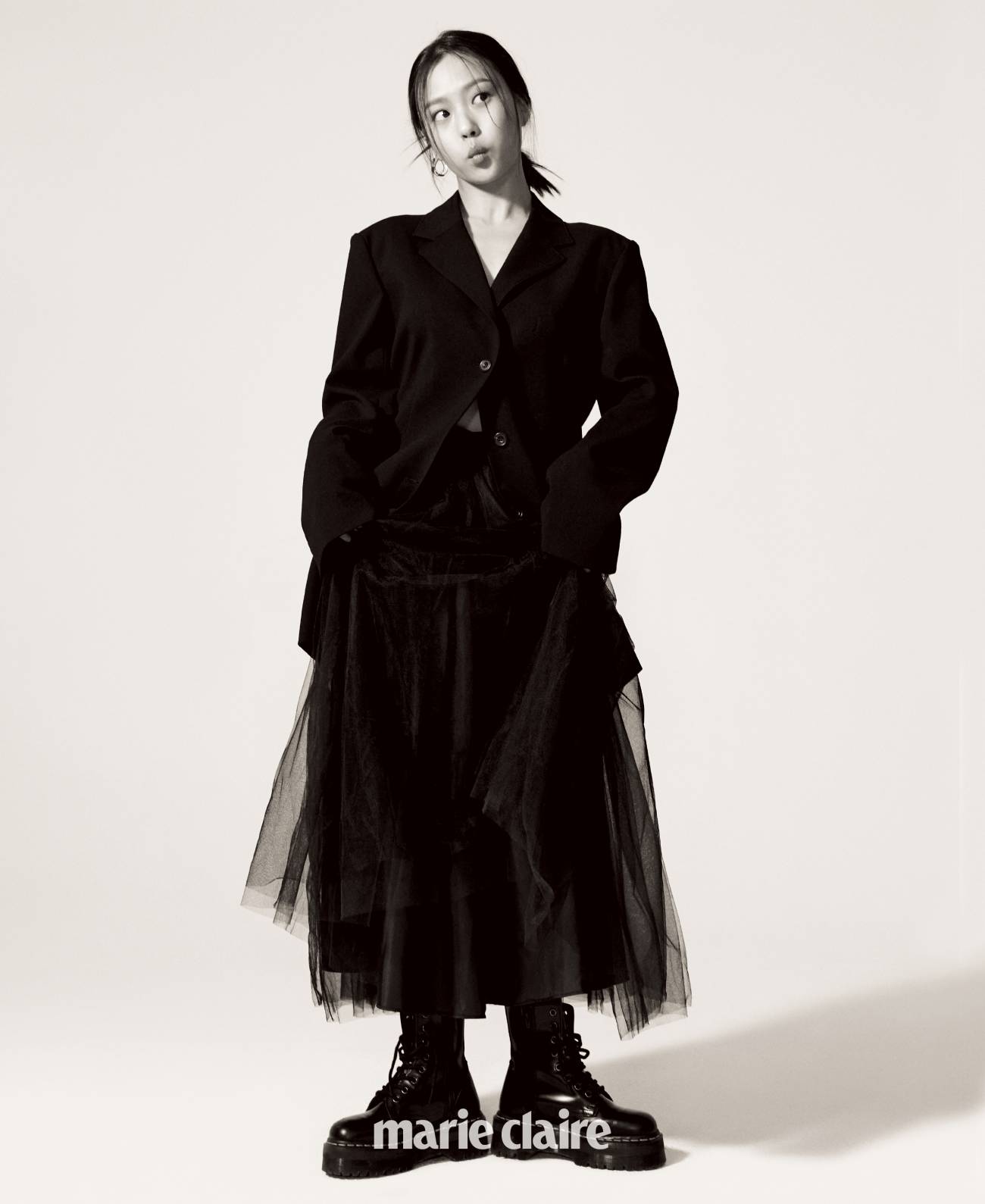 Go Min Si added, “At first, I contemplated about Eun Yoo’s character deeply. Her way of talking is aggressive and she is poor at expressing her feelings. I was worried that the audience would feel uncomfortable. But as the story progressed and her relationships with Eun Hyuk, Hyun Soo, and Ji Soo started to evolve, I realized that I could bring out her charms better if I tried hard. Above all, I wanted to show that she is not a one-dimensional character. There’s always a reason to her tantrums and anger. I tried to show that she matures as the series continues.” 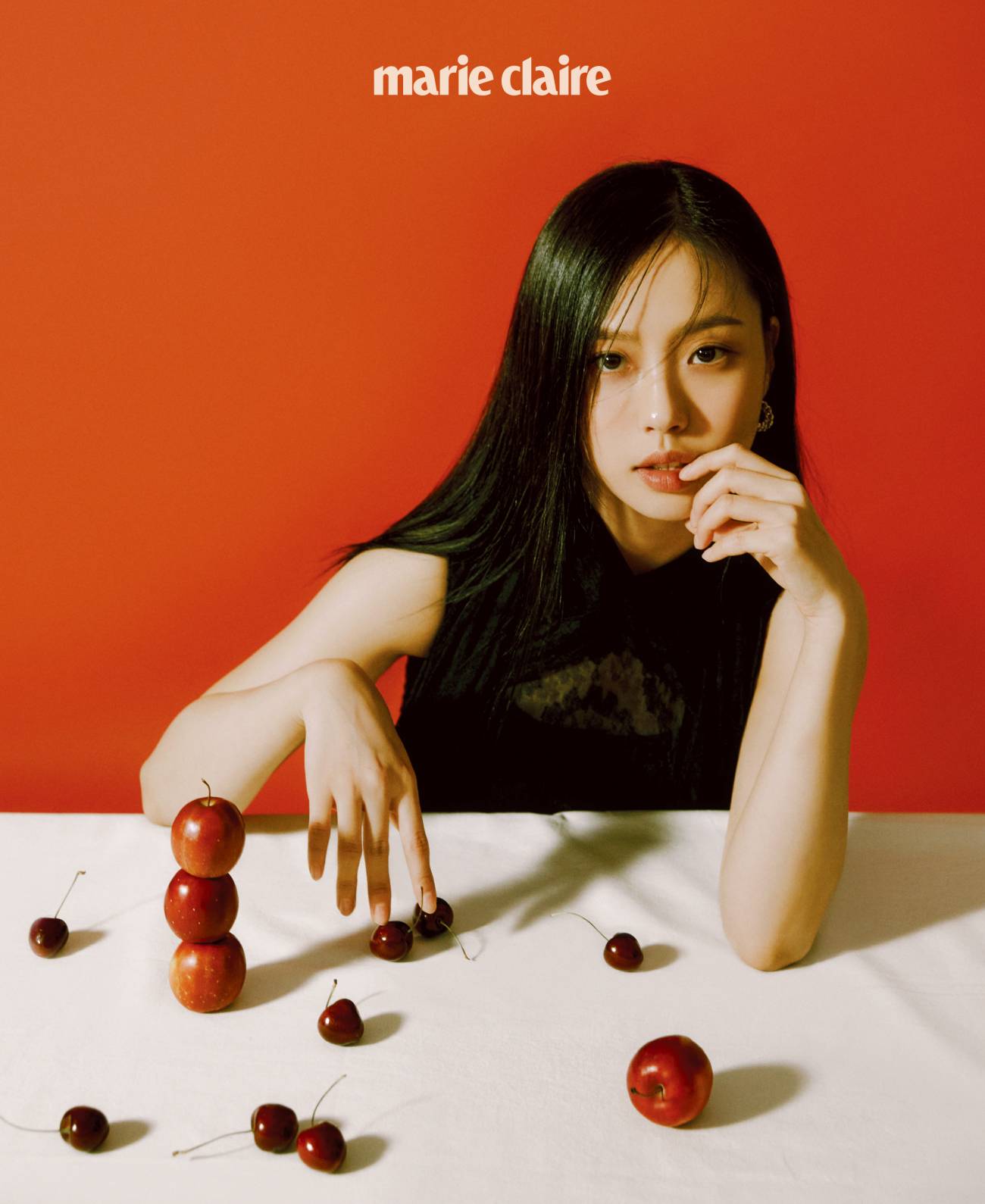 However, it wasn’t a smooth journey for Go Min Si. She explained, “At first, I couldn’t really understand Eun Yoo. I couldn’t understand why she kept getting mad. But I thought that if I don’t understand her myself, then the audience wouldn’t receive her as a compelling character. So I thought deeply into the reasons behind her anger and actions and discussed it with the director as well. His instructions are very direct, so I was able to learn a lot especially as we went into the latter half of the drama. That’s when I had to express a multitude of feelings.”

To make Lee Eun Yoo three dimensional, Go Min Si put in a lot of effort. She said, “I discussed it with the director a lot. The story originally had Eun Hyuk as the adopted son. It later changed to have Eun Yoo be the adopted daughter. In the scene where Eun Yoo rips her ballet clothes as she gives up on her dream of being a ballerina, the script didn’t have her cry. But I thought that the Eun Yoo that I imagined would be overwhelmed with feelings when she was no longer able to do ballet. Luckily, the director captured that moment well, and I think the short scene helped with making the character more convincing. I also tried to distinguish Eun Yoo’s character while alone from when with other characters.” 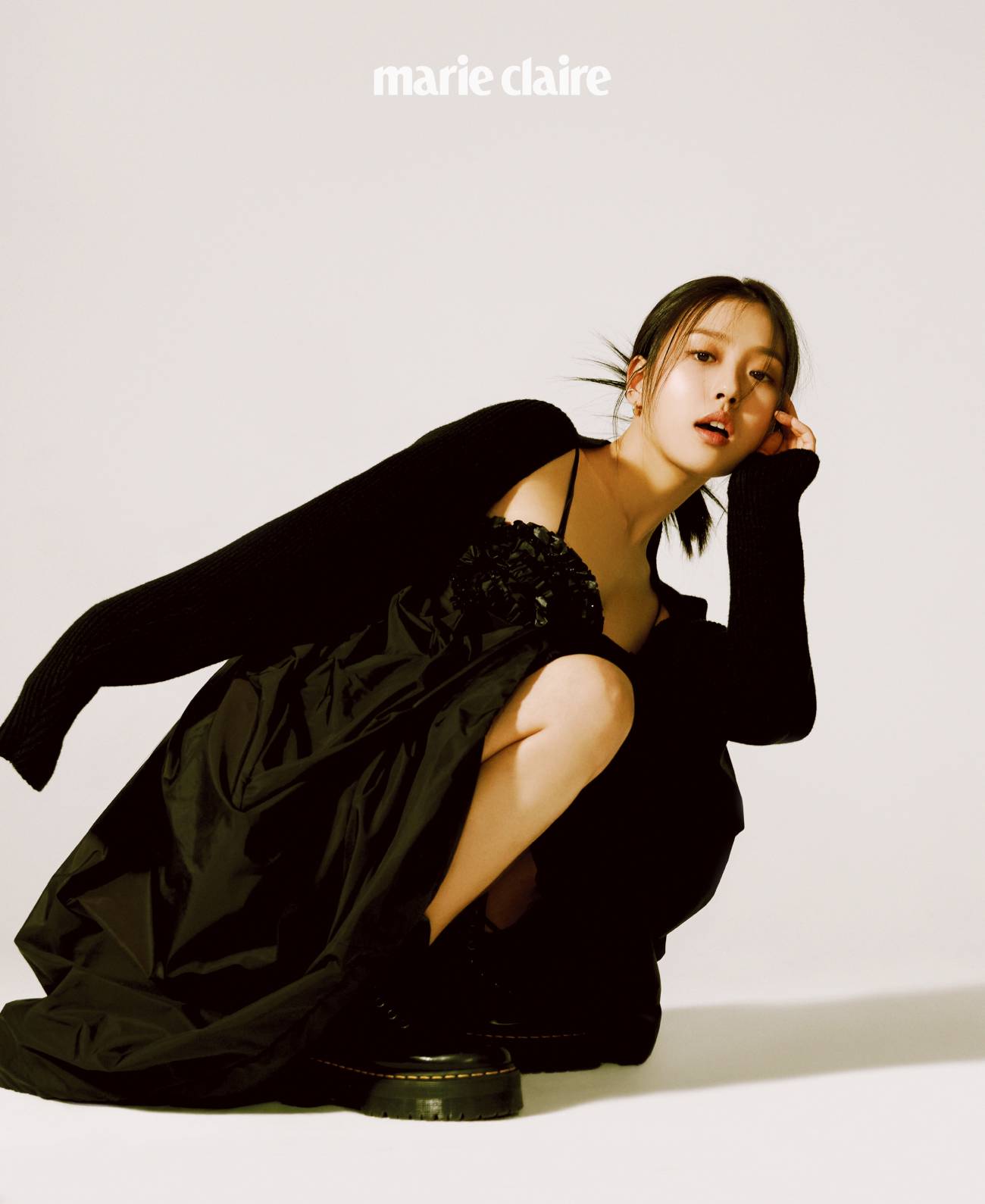 Looking back, Go Min Si thought of some memorable moments. She comments, “Even now, a lot of moments come to mind. I clearly remember hitting the slate on my last day on set. The first day of filming is clearly engraved in my mind too. It was an incredibly hot summer day and I was nervous because I had to perform ballet while carefully handling various props. I got in a lot of trouble that day too. I learned that becoming Eun Yoo would entail preparing for all possibilities so I tried to go on set after methodically thinking things through.” 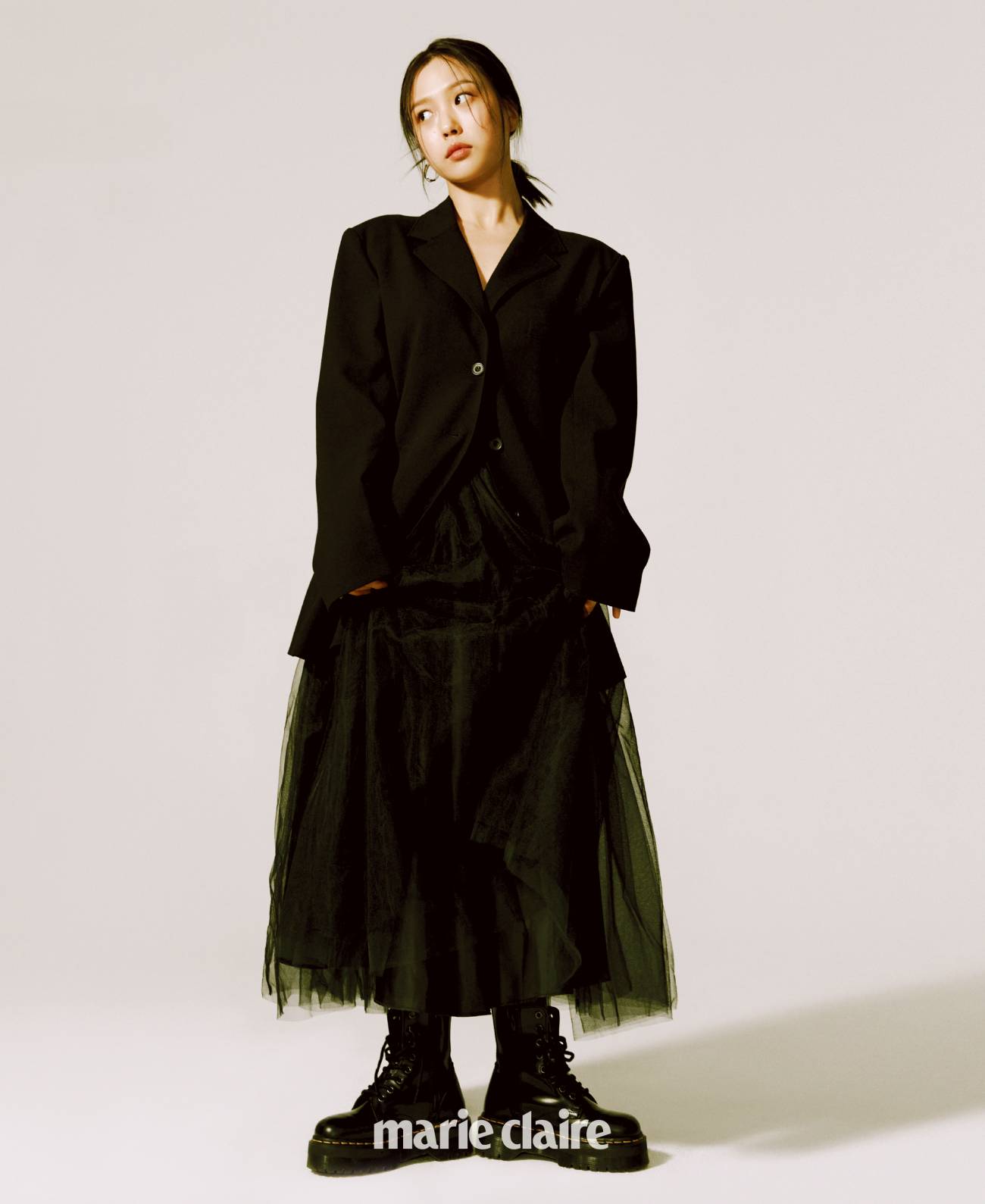 Go Min Si will be working with director Lee Eung Bok and writer Kim Eun Hee again in the drama “Mount Jiri” (literal title). Filming for “Youth of May” (literal translation) with Lee Do Hyun is also coming up. Regarding future works, she said, “I want to be an actress that switches back and forth between colors. I also want to be an actress that hears, ‘I think Go Min Si’s acting is interesting.'” She said that the characters she’ll be playing in the projects will be very different. “Those that know me as Eun Yoo from ‘Sweet Home’ may not even recognize me. And I look forward to that,” she said. 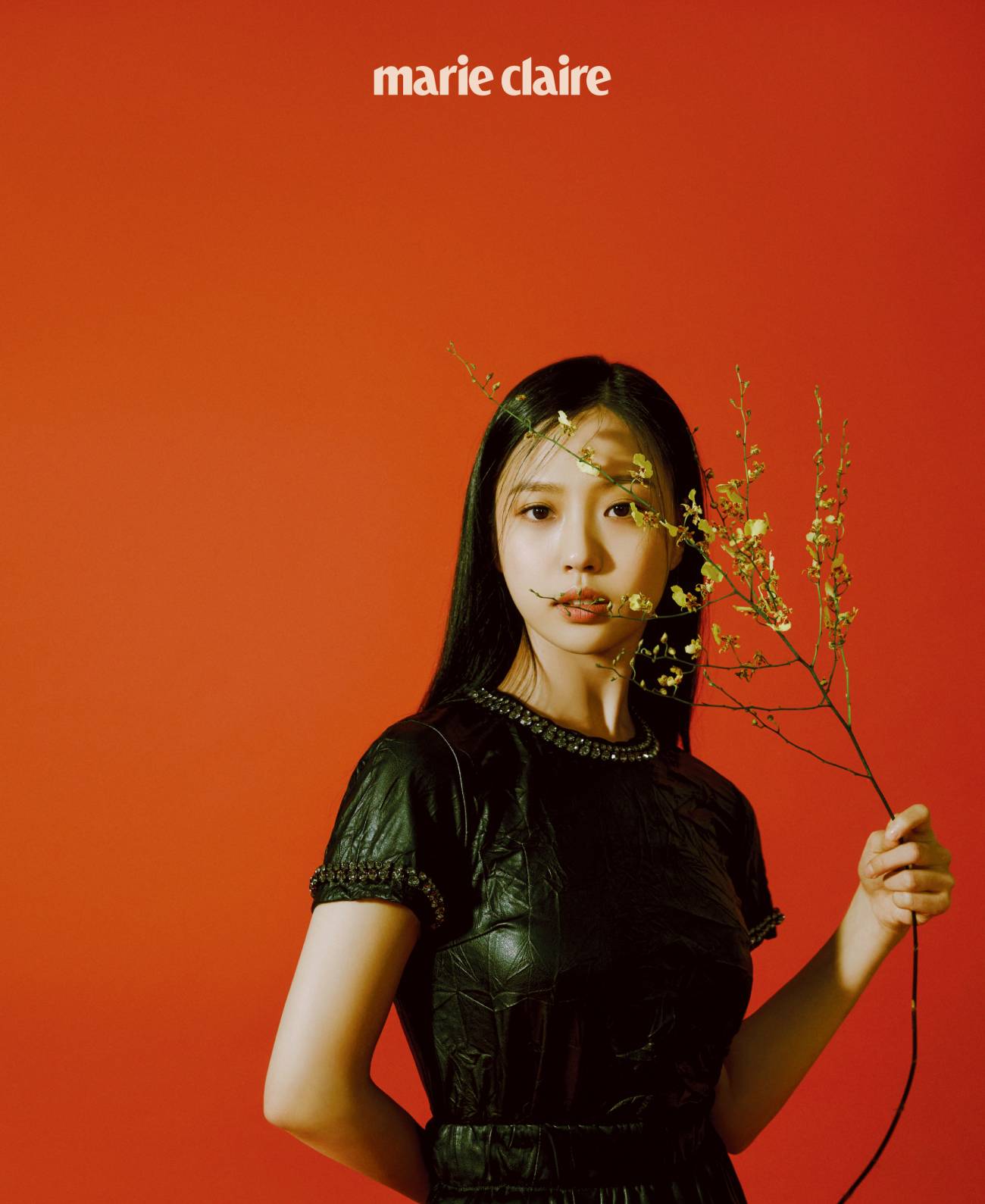 Wrapping up the interview, Go Min Si shared some personal insights. One of the ways she has been keeping herself going is by reading a book that is a compilation of quotes. Her recent favorite is one from Julianne Moore that goes, “I think imperfections are important just as mistakes are important. You only get to be good by making mistakes and you only get to be real by being imperfect.” She commented, “There is no perfect person that does not fear failure or criticism. This quote gives me hope that if I repeatedly go through imperfections, I will eventually be something real. I may be imperfect until the end, but it’s enough to try to live a life without fear despite that.”

What kind of character would you like to see Go Min Si take on next?

Check her out in “Secret Boutique” here!