tvN’s “Mr. Queen” has shared a fun glimpse behind the scenes of filming!

The hit historical fantasy-comedy drama has been consistently delivering laughs and stealing new viewers’ hearts, achieving its highest ratings yet with its latest episode just last week. The drama’s unique sense of humor—plus the hilariously unusual romance between King Cheoljong (played by Kim Jung Hyun) and Kim So Yong (played by Shin Hye Sun)—has kept its viewers faithfully coming back for more.

In newly released behind-the-scenes photos from the set of the drama, the cast of “Mr. Queen” is all smiles as they joke around with each other between takes. While filming scenes for the eventful day of King Cheoljong’s banquet, Shin Hye Sun looks serious and focused as her character gets to work cooking in the palace kitchen—but she soon breaks into a smile when one of her co-stars bursts out laughing. 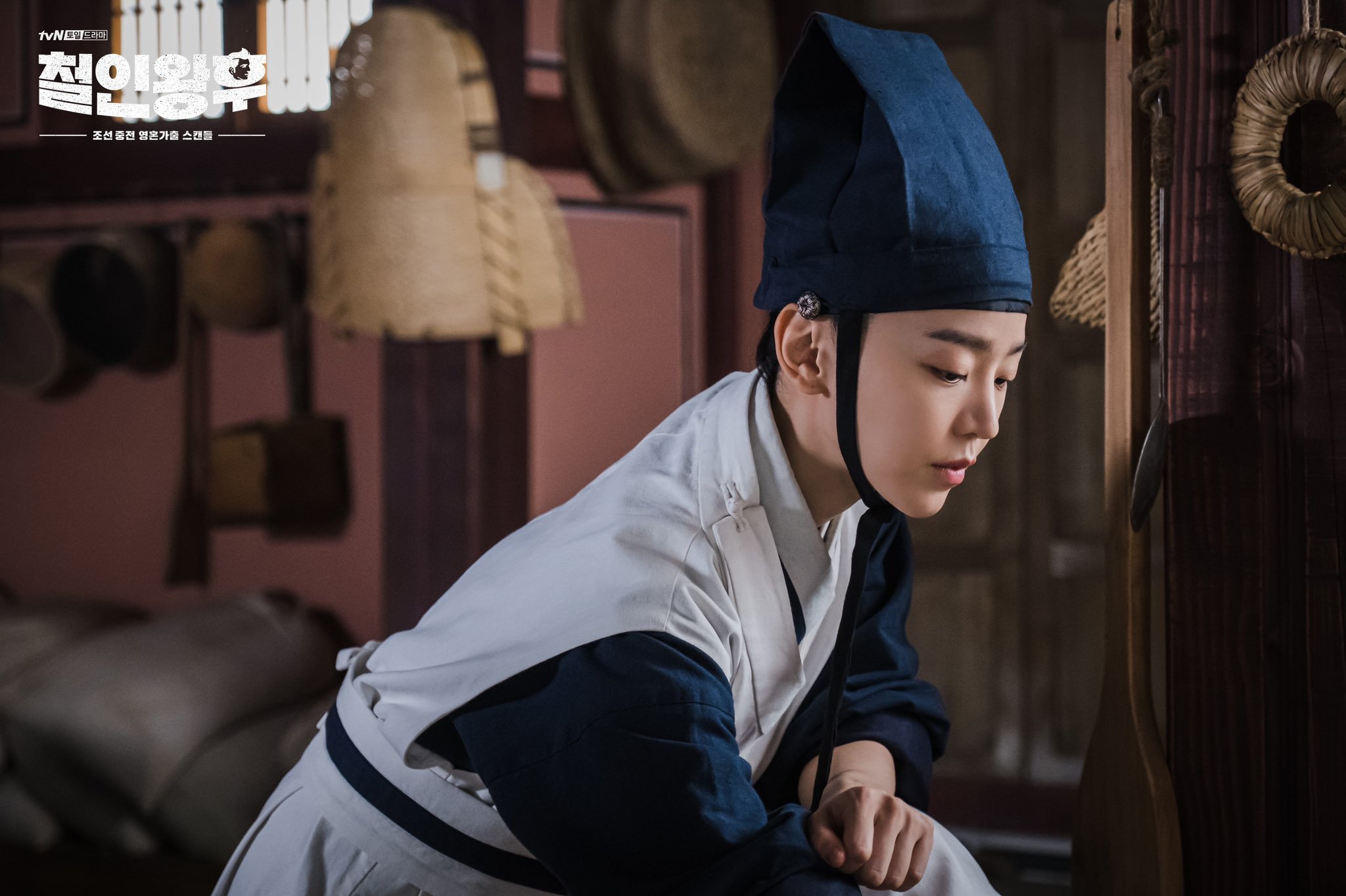 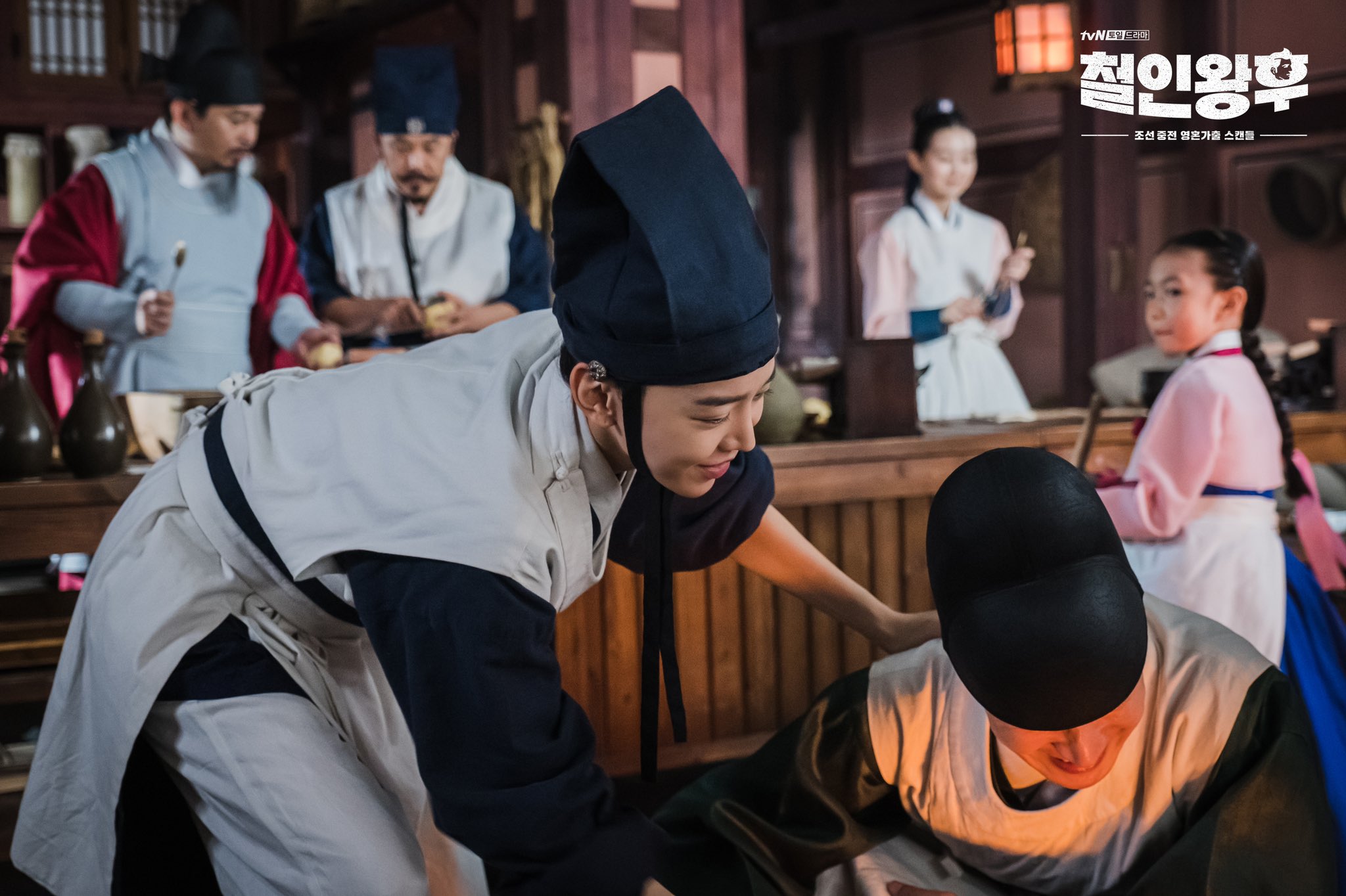 Meanwhile, Kim Jung Hyun playfully poses for the camera while preparing to film his tense fight scene with Na In Woo, who in turn cracks up as he “attacks” his on-screen rival with his fan. 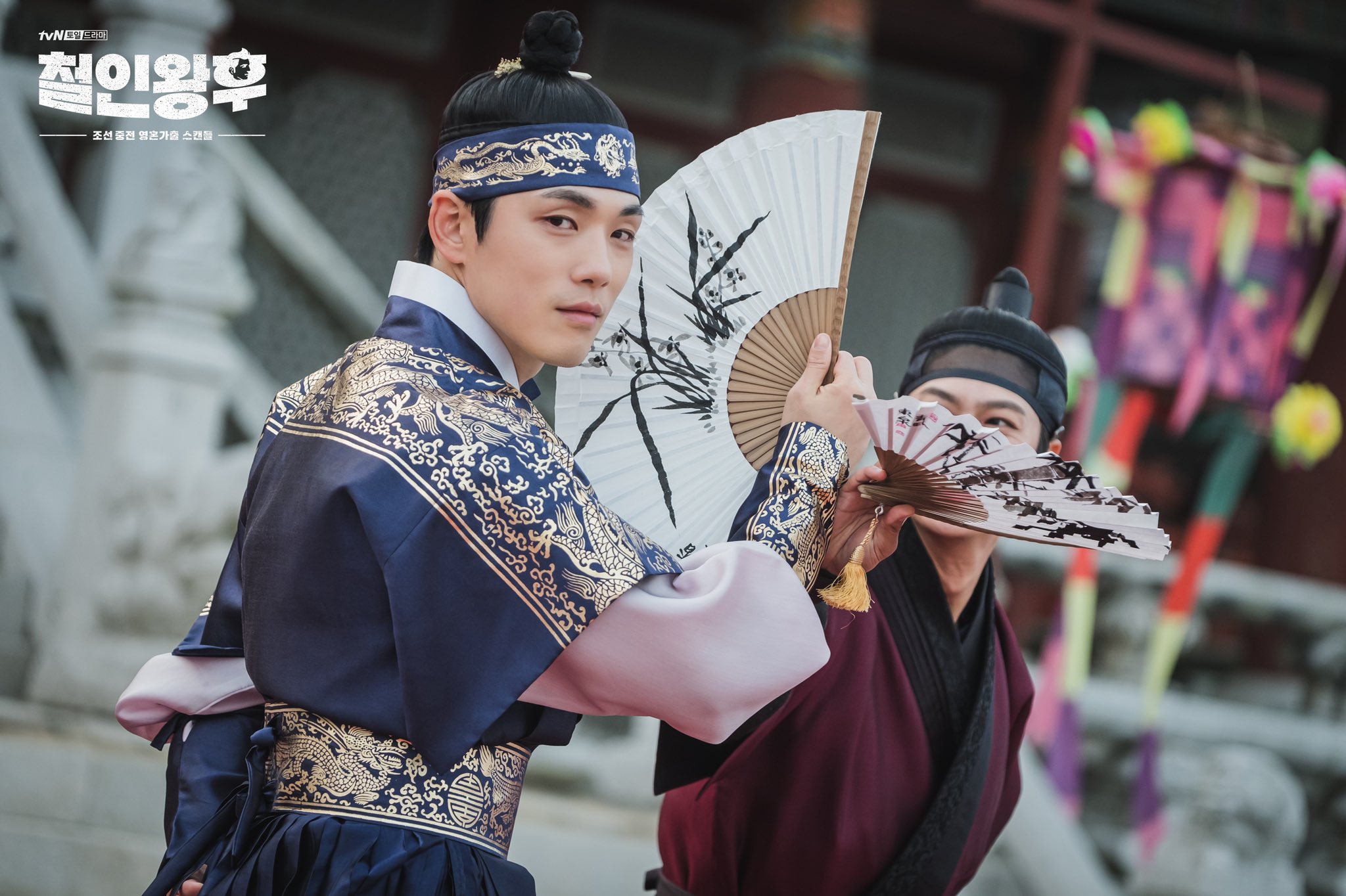 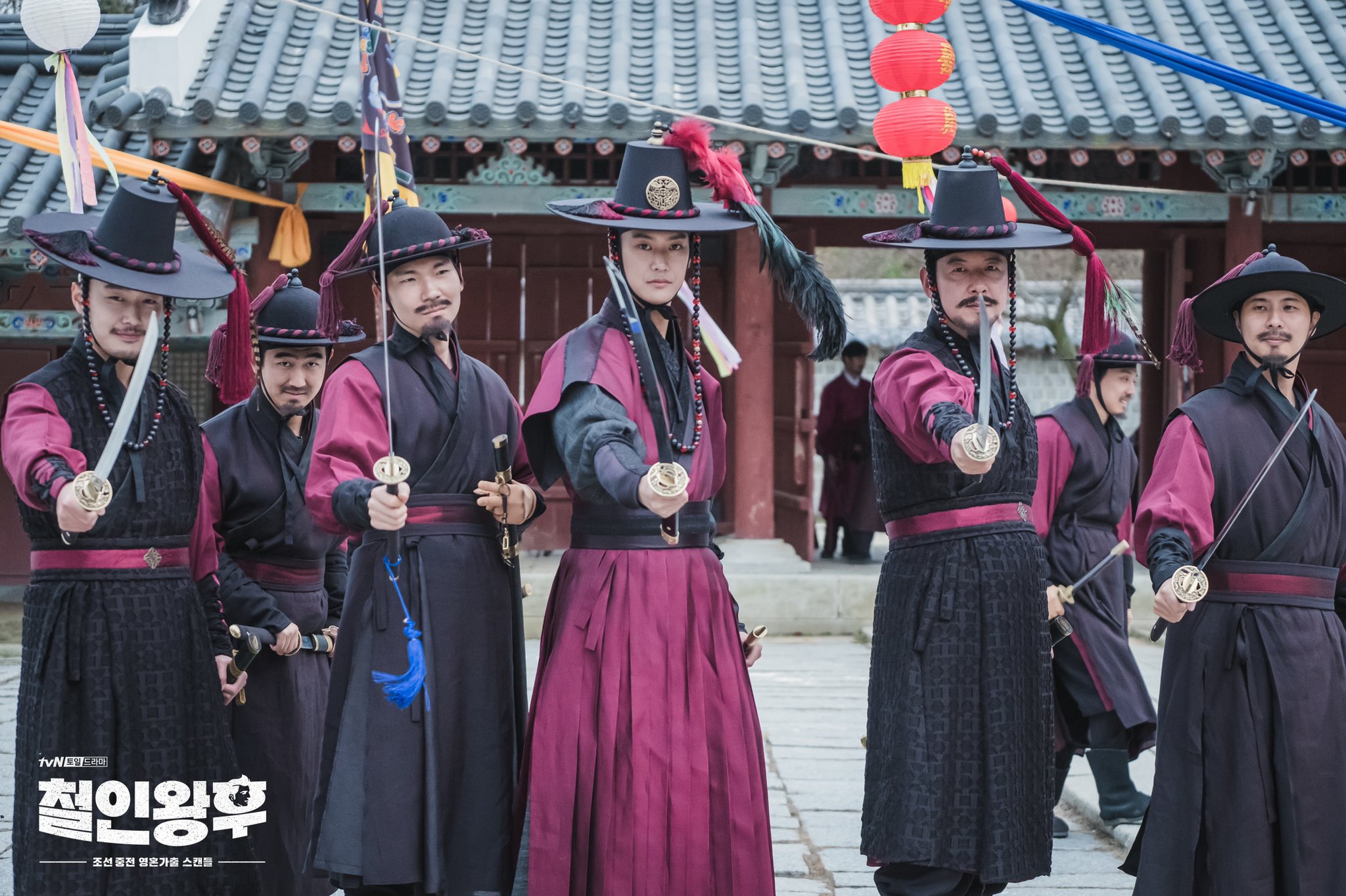 Seol In Ah, who had her own thrilling face-off with Shin Hye Sun in the woods last week, similarly shows no trace of her character’s vengeful hatred as she cheerfully practices her archery off-camera. 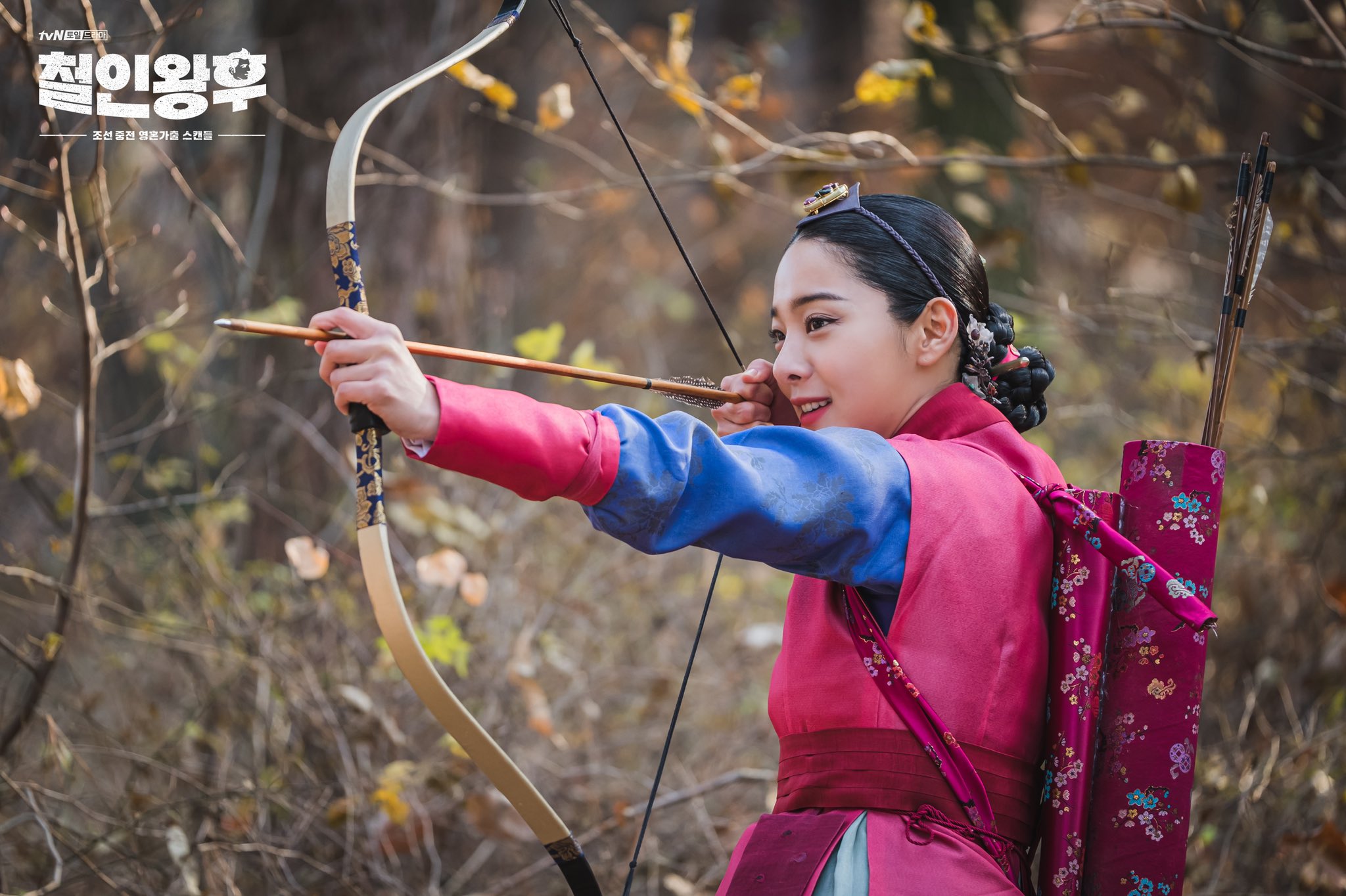 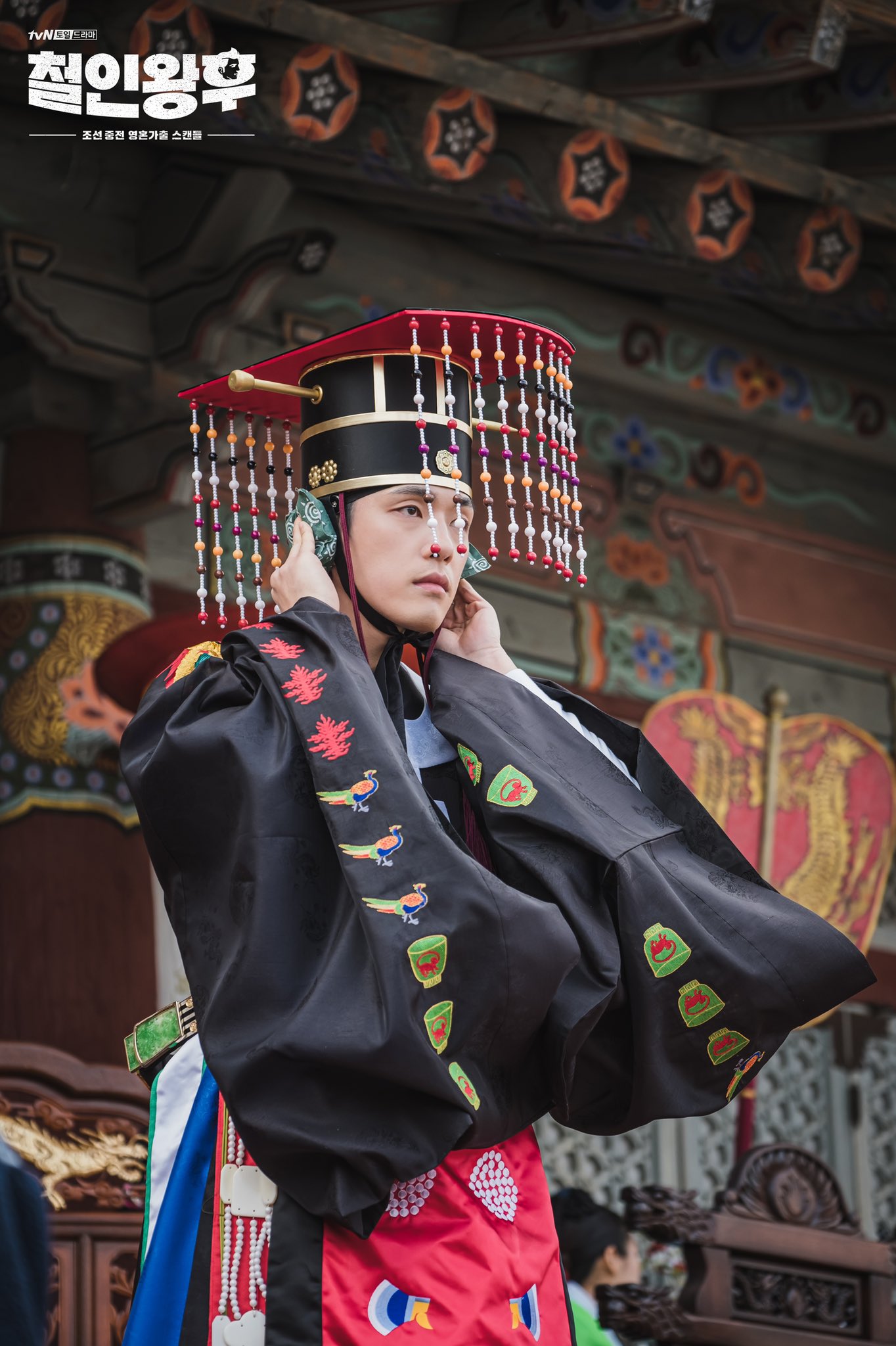 The drama’s producers teased, “‘Mr. Queen’ has reached a turning point. Within these drastic changes, the true worth of the actors in the cast will shine through even more brightly.” They added, “In particular, please look forward to the fiery alliance between Kim So Yong and Cheoljong, who will join forces in order to escape danger.”