tvN’s “True Beauty” has shared a new video of the actors on set!

In the clip, the actors showcase their realistic friendship and ask each other various questions about the drama. 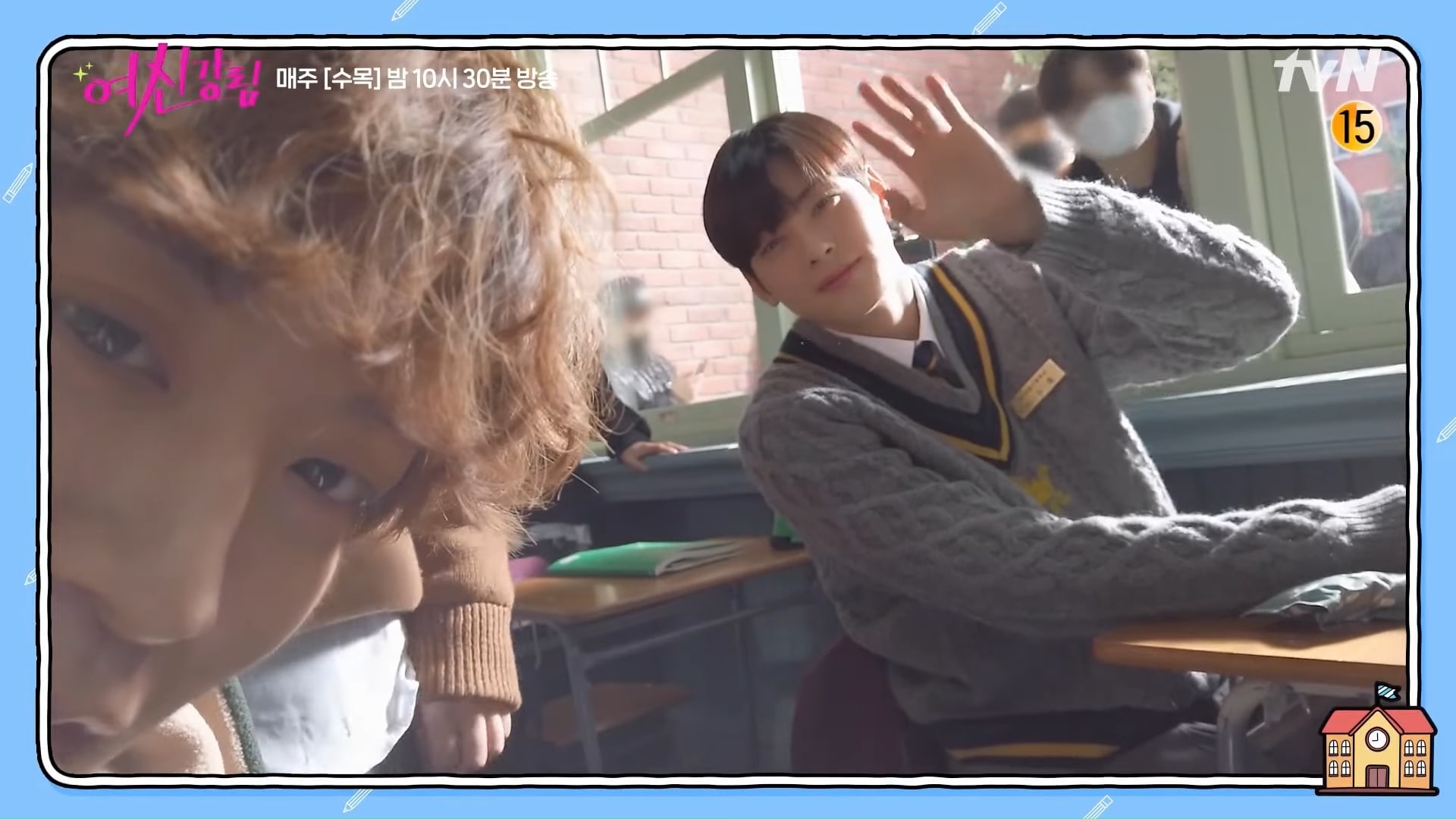 Later on, Lee Il Joon asks Lee Sang Jin who he would like to get close to, and Lee Sang Jin chooses Han Seo Jun (played by Hwang In Yeop). He explained, “First of all, Seo Jun is really good at taking care of others. I want to get closer to him and feel his warmth.” Lee Il Joon jokes, “So no Su Ho, huh?” Lee Sang Jin is quick to reply, “I like Su Ho. Su Ho is great.”

Kang Min Ah and Park Yoo Na joins them, and they talk about their first impression of each other. Park Yoo Na candidly says, “I thought Lee Il Joon was a really quiet person. I thought he would be no fun at all.” Lee Il Joon questions what he’s like in real life, and Park Yoo Na replies, “You’re funny, and sometimes, you make hilarious jokes. You’re really nice too.”

Lee Il Joon then shares his first impression of Kang Min Ah, saying, “I first saw her at the script reading, and I thought she was kind of scary.” She asks him what he thinks of her now, and he holds up a thumb. The girls joke he’s just doing that because he has nothing else to say, and he quickly comments, “She’s fun, bright, and nice. She’s the best partner.”

When Moon Ga Young appears, they cheer for her, and Kang Min Ah reveals she bought pizza for them. Moon Ga Young greets the camera and explains, “My fans bought it for us. Thank you.” She is asked to pick her favorite scene, and she says it’s when Yoo Tae Hoon (Lee Il Joon’s character) and Ahn Hyun Kyu (Lee Sang Jin’s character) raps together. 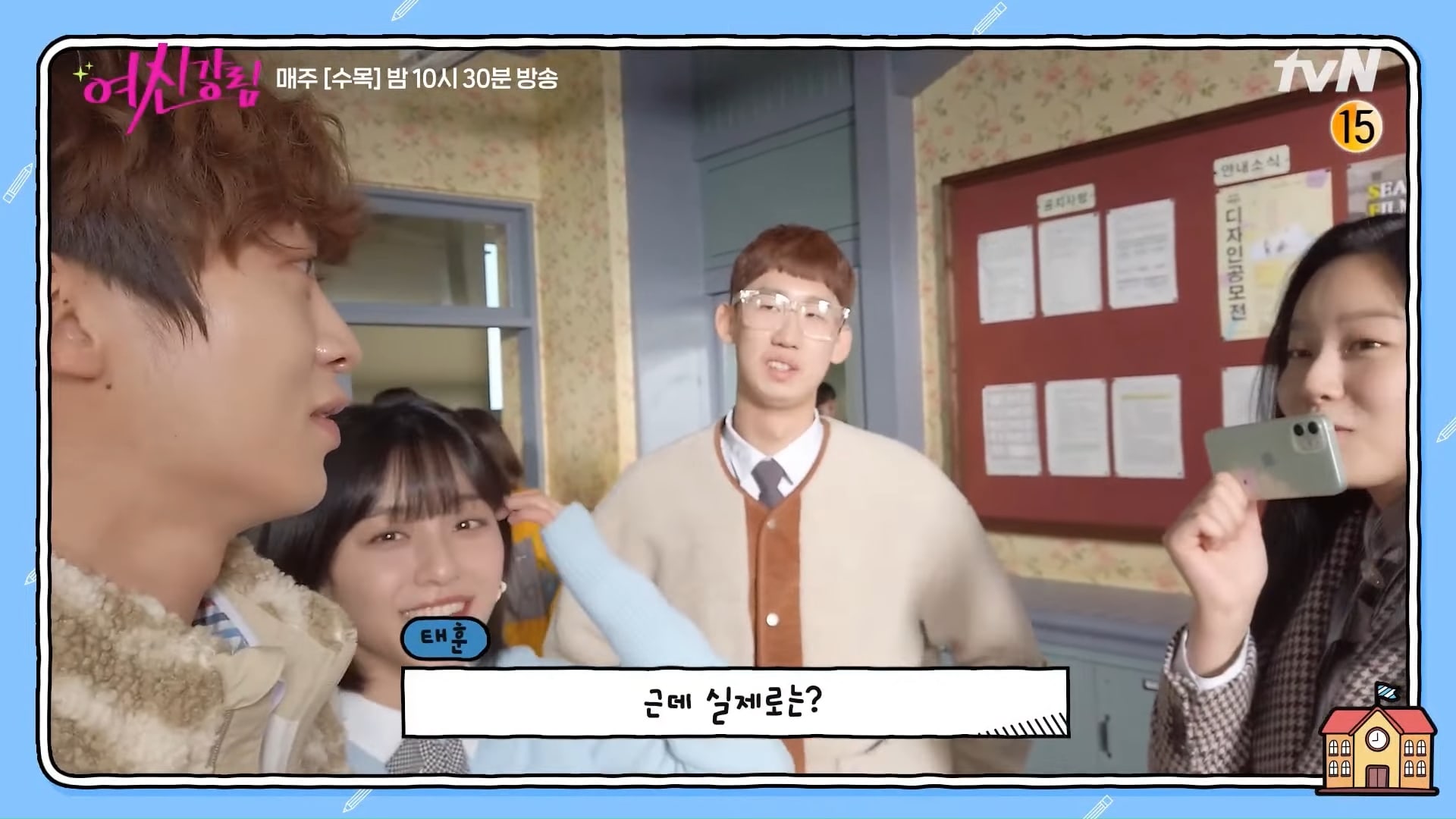 Next, Lee Il Joon interviews Hwang In Yeop and asks him about his first impression of Cha Eun Woo. Hwang In Yeop says, “He’s so handsome. He’s very manly, but he’s also soft, and he has flexible uprightness. He’s perfect.” Lee Il Joon jokingly asks if he’s in love with him, and Hwang In Yeop replies, “No, because I like Ju Gyeong.”

While talking about the funniest scenes, Lee Il Joon mentions the scene where Hwang In Yeop dances to “Okey Dokey” by WINNER’s Song Mino and Zico. Hwang In Yeop shares, “I personally chose the song, and I made up the dance myself.” Then he adds, “I hope everyone likes it.”

Out of nowhere, Lee Sang Jin asks if he can wash his clothes on Hwang In Yeop’s abs, making the boys crack up. When asked if he washes his own clothes on his abs at home, Hwang In Yeop quips, “Of course.” 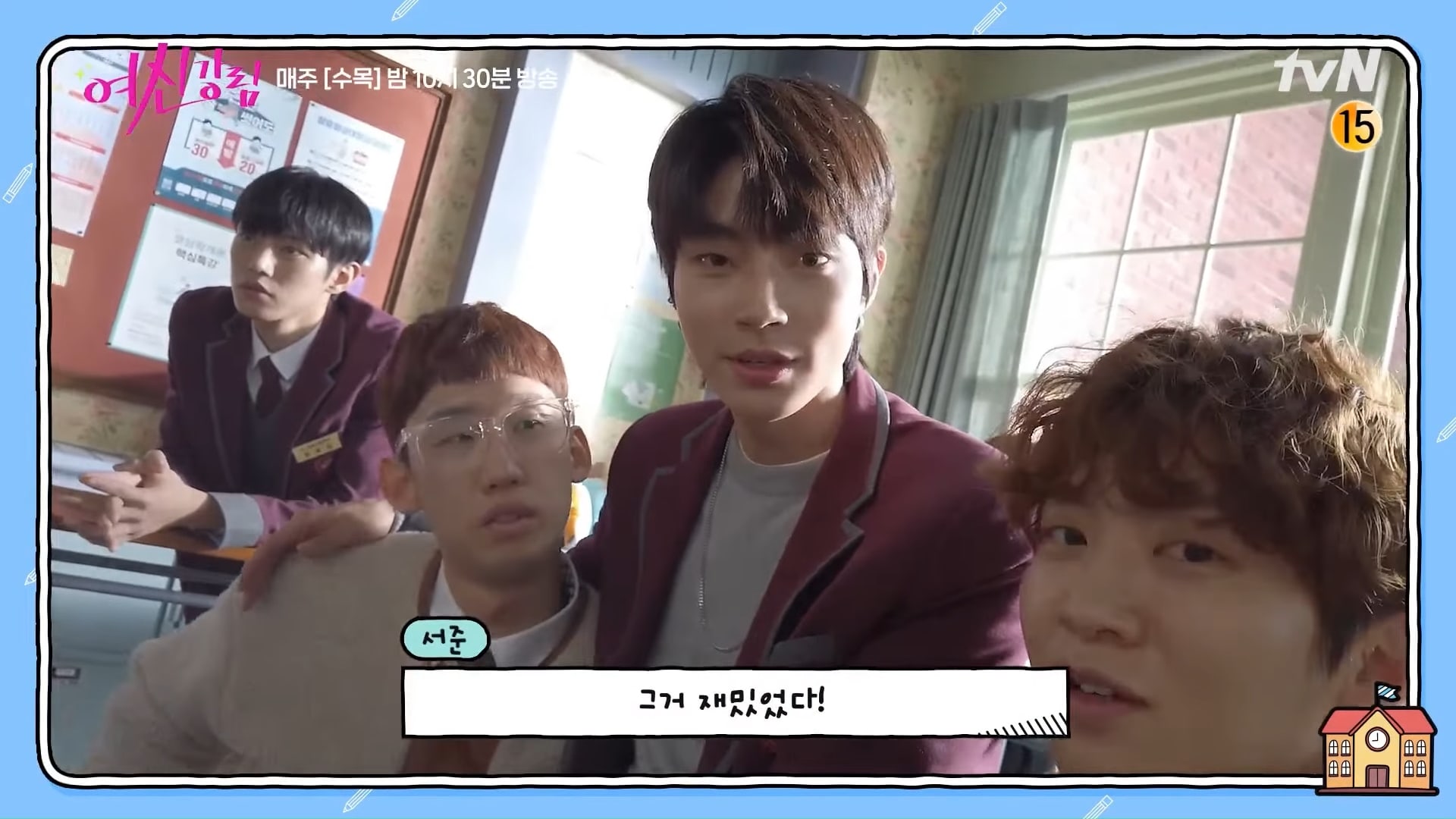