“The Penthouse” Star Yoon Jong Hoon Dishes On Season 2, His Chemistry With Kim So Yeon And Eugene, And More

In a recent interview, Yoon Jong Hoon talked about his smash hit drama “The Penthouse” and his chemistry with his co-stars!

In Season 1 of the popular SBS drama, Yoon Jong Hoon stole viewers’ hearts with his portrayal of the conflicted Ha Yoon Cheol, the husband of Cheon Seo Jin (played by Kim So Yeon) and the first love of Oh Yoon Hee (played by S.E.S.’s Eugene). His character’s helplessness even earned him the amusing nickname “weak-sexy” among fans of the drama, who found the mix of his strong paternal instinct and mild personality endearing.

During an interview with Maeil Business Newspaper’s Star Today, Yoon Jong Hoon expressed his gratitude as he looked back on the drama’s first season, remarking, “I’m thankful that we were able to successfully wrap up filming without any problems. I’m also grateful to the viewers who gave their love to ‘The Penthouse.'”

The actor went on to describe his reaction to the impressive viewership ratings achieved by “The Penthouse,” which ended on an extraordinary nationwide average of 28.8 percent—a remarkable figure for a Monday-Tuesday drama.

“I felt overwhelmed seeing the ratings rise a surprising amount with each episode,” he recalled, “and it even made me think, ‘Will I ever be able to take part in another drama that achieves these kinds of ratings in the future?'”

When asked if he had expected the drama to become a hit, Yoon Jong Hoon replied, “From the beginning, [the drama] was produced with the possibility of a Season 2 and Season 3 in mind, which made me think, ‘This is a drama that really has a lot of confidence.’ On top of that, it had director Joo Dong Min, writer Kim Soon Ok, and an amazing cast: people who all excelled in their respective fields. So I thought to myself, ‘All that remains is for me to do a good job acting.'” 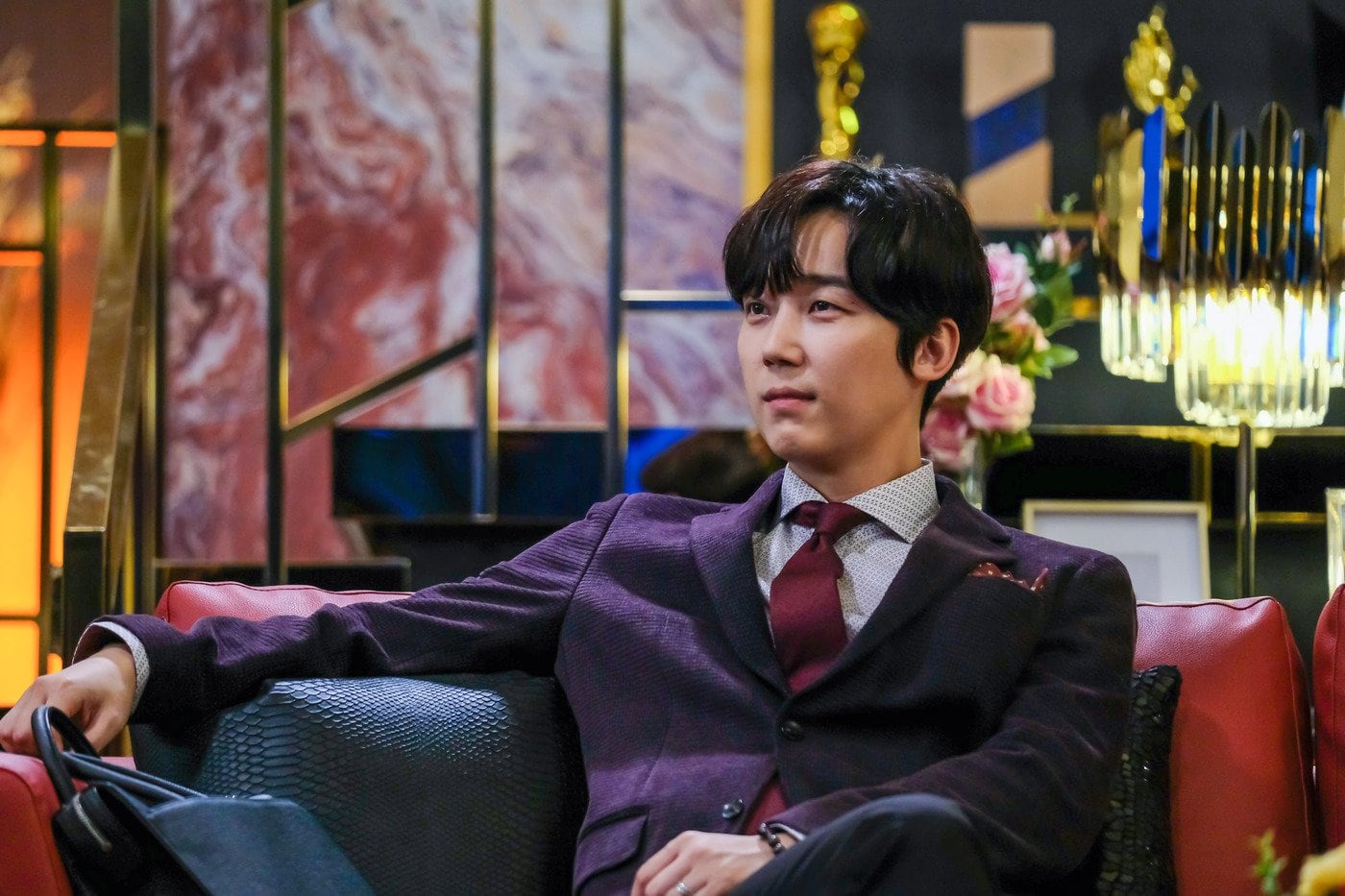 As for his chemistry with his co-stars, Yoon Jong Hoon cautiously remarked, “If I dare say it myself, I’d like to say that it’s the absolute best. Our chemistry was so good, it was unbelievable. So even as I was acting together [with the other actors], I got excited.”

Praising his on-screen wife, Yoon Jong Hoon shared, “Kim So Yeon is such a flawless actress in every way that she even made me think, ‘She might be a perfect actress.’ It was so much fun acting with her, and she also made it easy to focus.”

He added, “I also had good teamwork with Eugene as well. Both when we fought viciously and when we sweetly remembered our past love, I sincerely had fun while acting with her. [Filming Season 1] was such a happy time.”

Yoon Jong Hoon continued, “There are so many great scenes [in ‘The Penthouse’] that it’s impossible to choose just one. Shin Eun Kyung comes to mind first, but I was moved and impressed seeing my co-stars pour their entire soul and all of their energy into their acting, even when filming angles where they weren’t in the frame. Because of that, we were able to focus even more [on the scene], and we also had good chemistry while acting. I also can’t go without mentioning the toil of the production staff, who worked hard to create cool scenes.”

Yoon Jong Hoon has mentioned in the past that he isn’t planning on getting married anytime soon, and he echoed the sentiment in this latest interview. “I haven’t thought about getting married yet,” he explained. “But when the time comes, if the right person appears, then I think I’d naturally get married and become a dad. However, right now, I’m not thinking about marriage or even when I might get married in the future.” 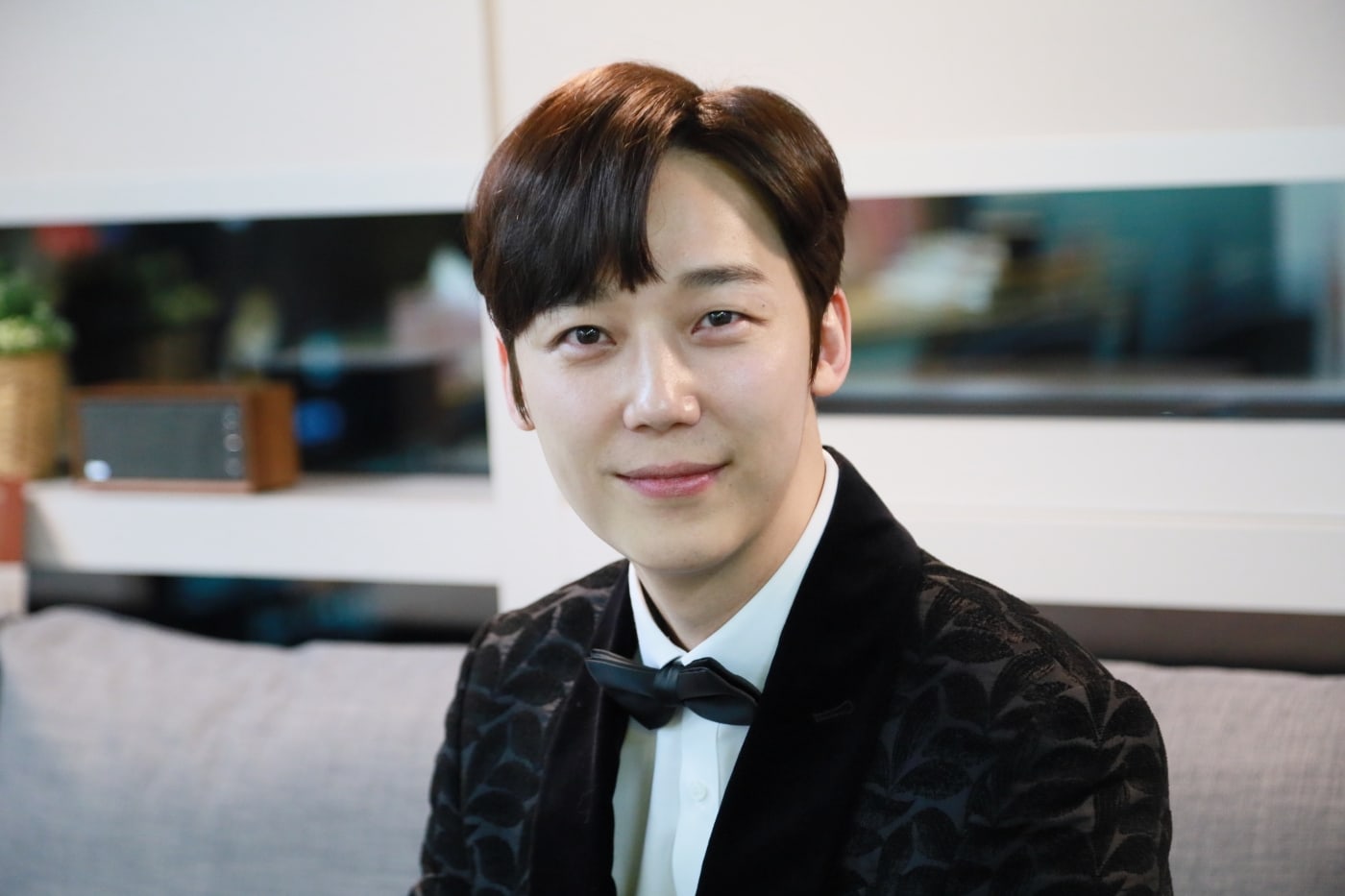 Finally, Yoon Jong Hoon shared his thoughts on the upcoming second and third seasons of “The Penthouse.”

“I think that ‘The Penthouse’ is ultimately a story about the end result of human greed and avarice—and what they wind up gaining in the end,” said the actor. “Rather than being able to divide the characters into good and evil, each of them is chasing their own individual desires: in a way, like the humans within us.”

“Since we still have Seasons 2 and 3 left to go,” he continued, “please look forward to an even more exciting story [in the upcoming seasons].”

Watch Yoon Jong Hoon in Season 1 of “The Penthouse” with subtitles below!

Yoon Jong Hoon
Eugene
Kim So Yeon
S.E.S.
The Penthouse
How does this article make you feel?