Yeo Jin Goo Talks About His Cameo In “Start-Up,” His Love For Writing Poetry, And More

Yeo Jin Goo recently did a photo shoot and interview with GQ! 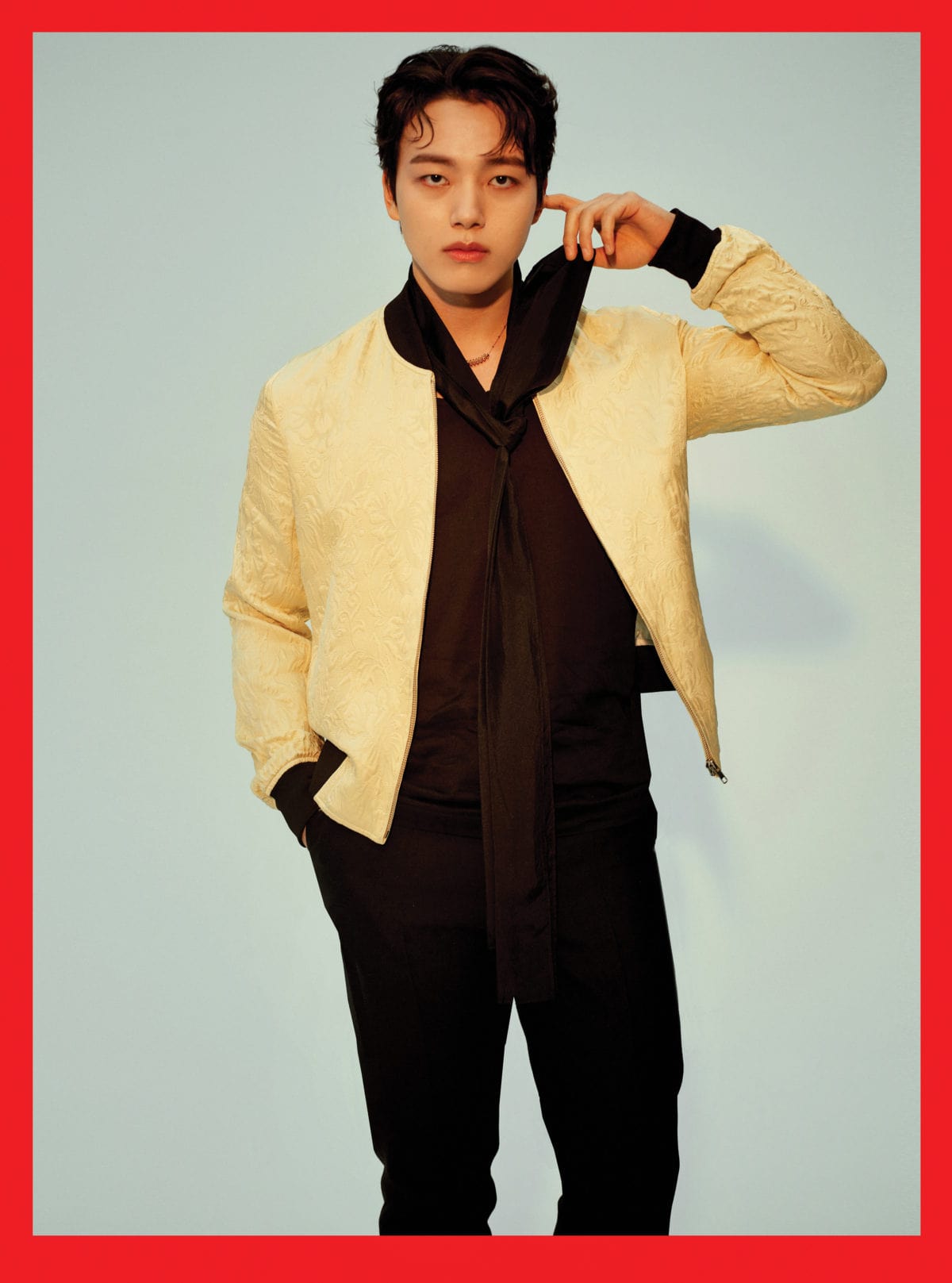 The actor is currently gearing up for his next drama, a psychological thriller called “Beyond Evil,” where he and Shin Ha Kyun star as two men who are willing to break all the rules in pursuit of a serial killer. Yeo Jin Goo said, “There are hardly any scenes in which I’m laughing or smiling. My character isn’t a perfectly rational person, but he thinks that he is rational, and sees the world through a calculating and realistic lens. Despite his intentions, his emotions get the better of him sometimes. It’s the first time I’ve played a character like this.” 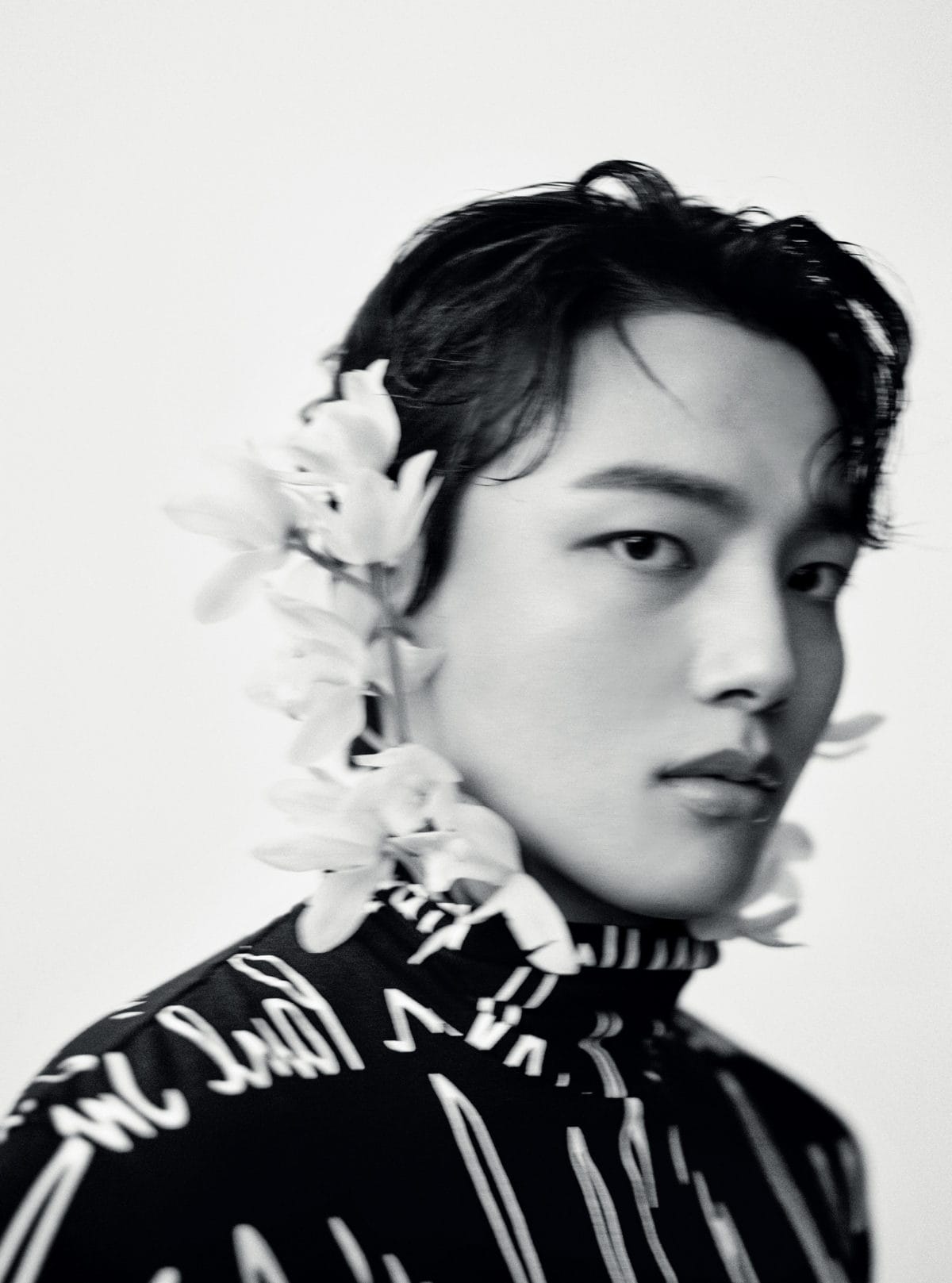 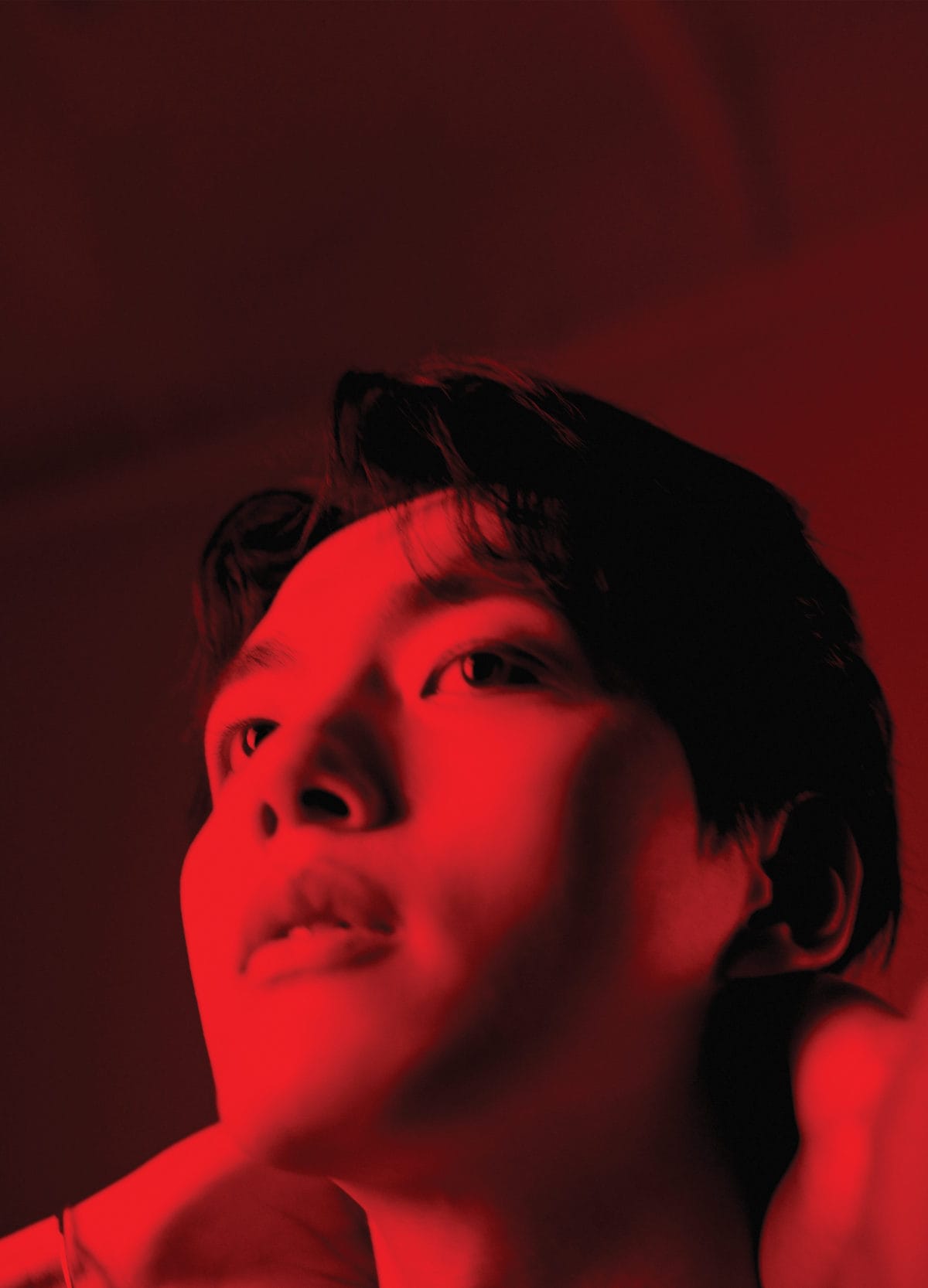 Yeo Jin Goo was asked about his recent special appearance in tvN’s “Start-Up” as Jang Young Sil, the AI speaker. Although he did appear onscreen at the end, most of his cameo took place via his voice. He said, “It was just a cameo, but it was a fun experience. A lot of the things that Young Sil said came back like foreshadowing, so first I would speak the lines robotically, like an AI speaker, and then I’d try to say it as if I was predicting the future.”

He added, “The director wanted to keep it a secret at first. A lot of people I know heard it and knew at once that it was me. There were also people who were one step behind and were surprised to find it was me. I have one close friend who watched the drama from start to end but didn’t know it was me until I appeared onscreen in the final episode.” 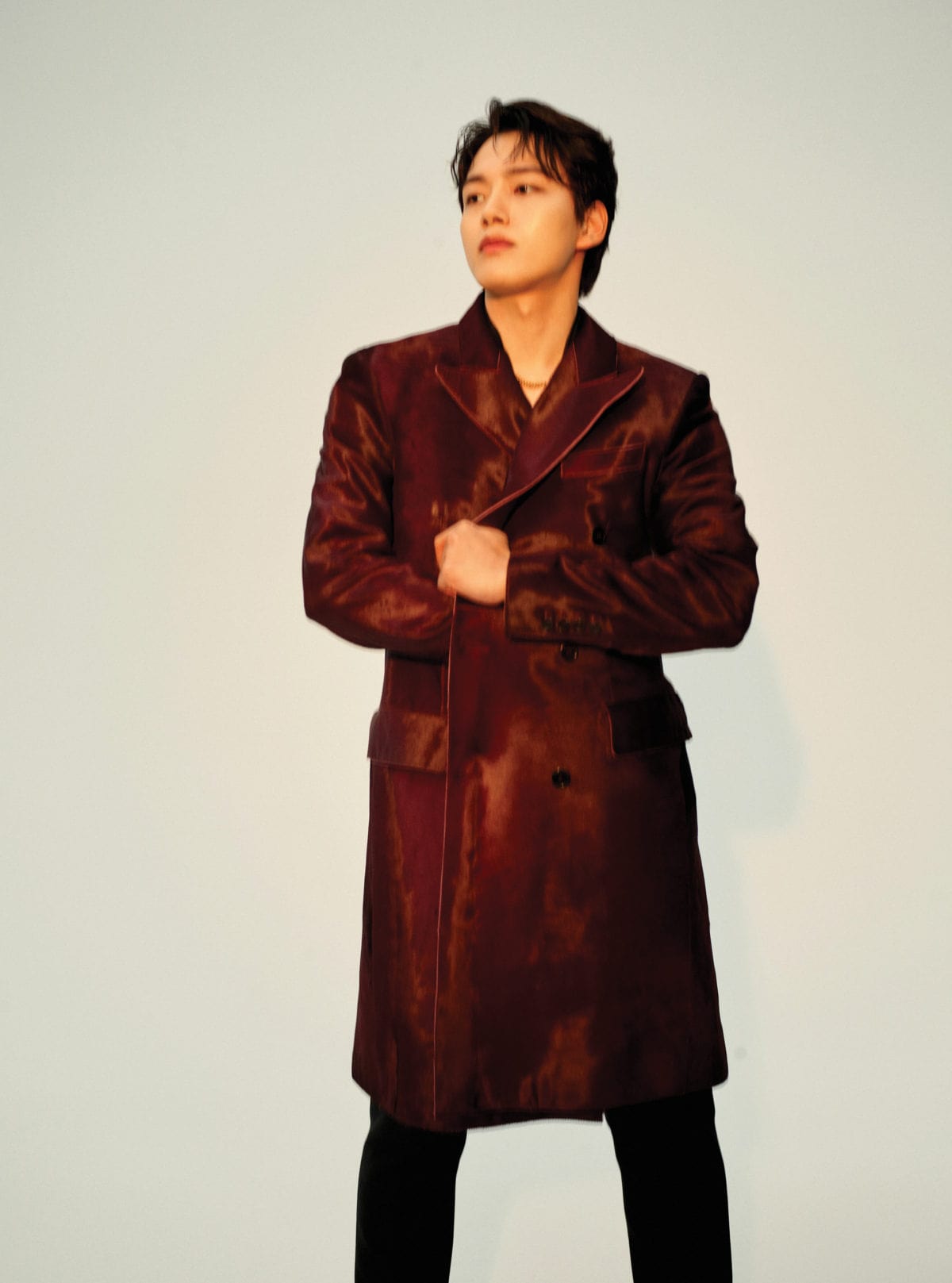 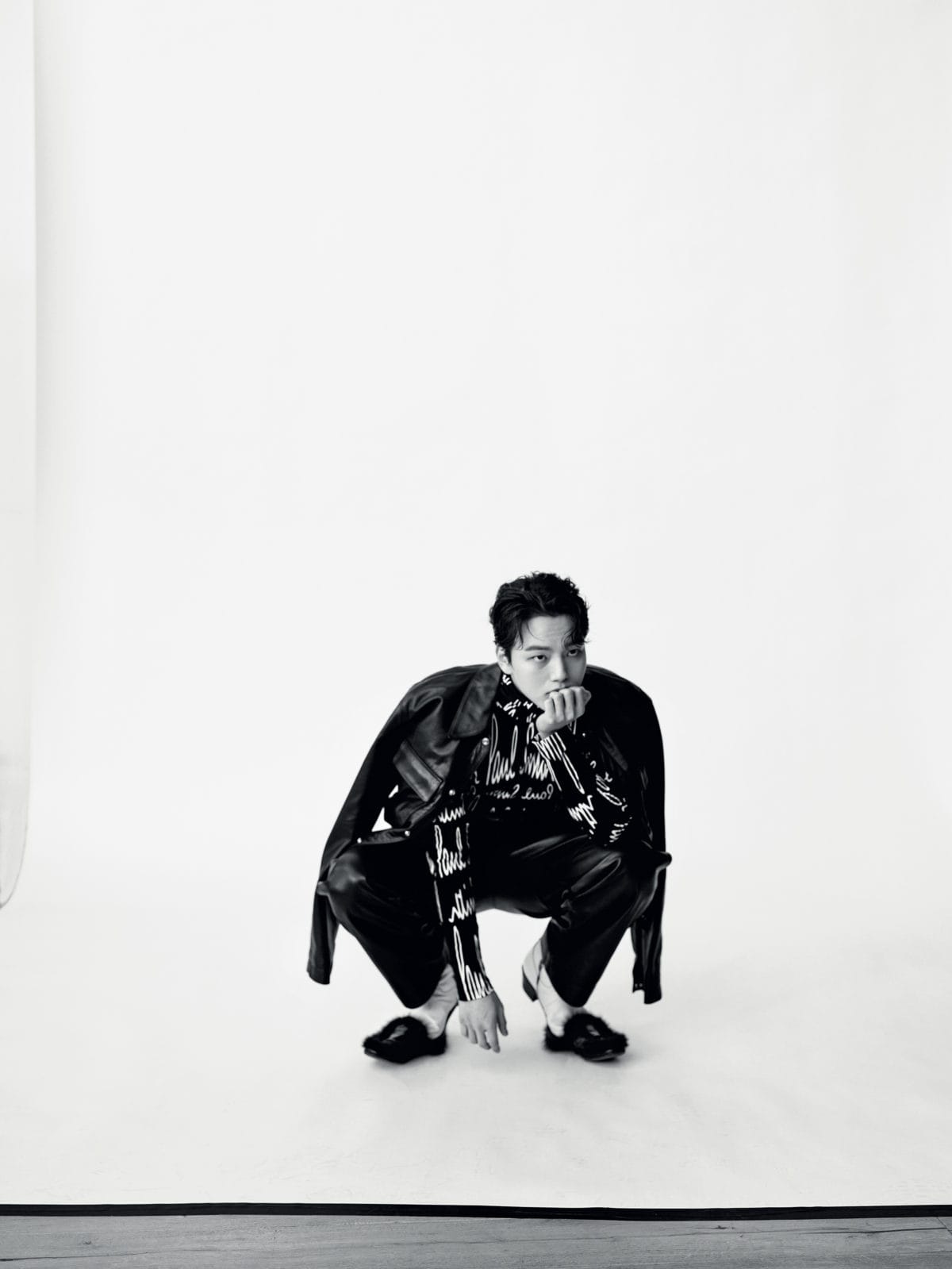 Yeo Jin Goo shared that he often watches YouTube videos related to writing and said, “I said this before in an interview, but I really like poetry. Not reading it, but writing it. I like the idea of jotting down the feelings and thoughts that come up from time to time. At first, I wanted to write scripts. Since I’m an actor, I tried writing a screenplay, but it turned out that I didn’t have the skill to write long texts. So I decided to start with shorter texts, and I started writing poetry.”

Asked about his inspiration, he said, “There aren’t any specific moments. I’ll write when I’m bored, or when a nice wind starts blowing, or when I look up and see that the moon in the night sky looks beautiful. Once I had an all-night filming scheduled and I thought, ‘What will I do tonight?’ and wrote a poem about that.” 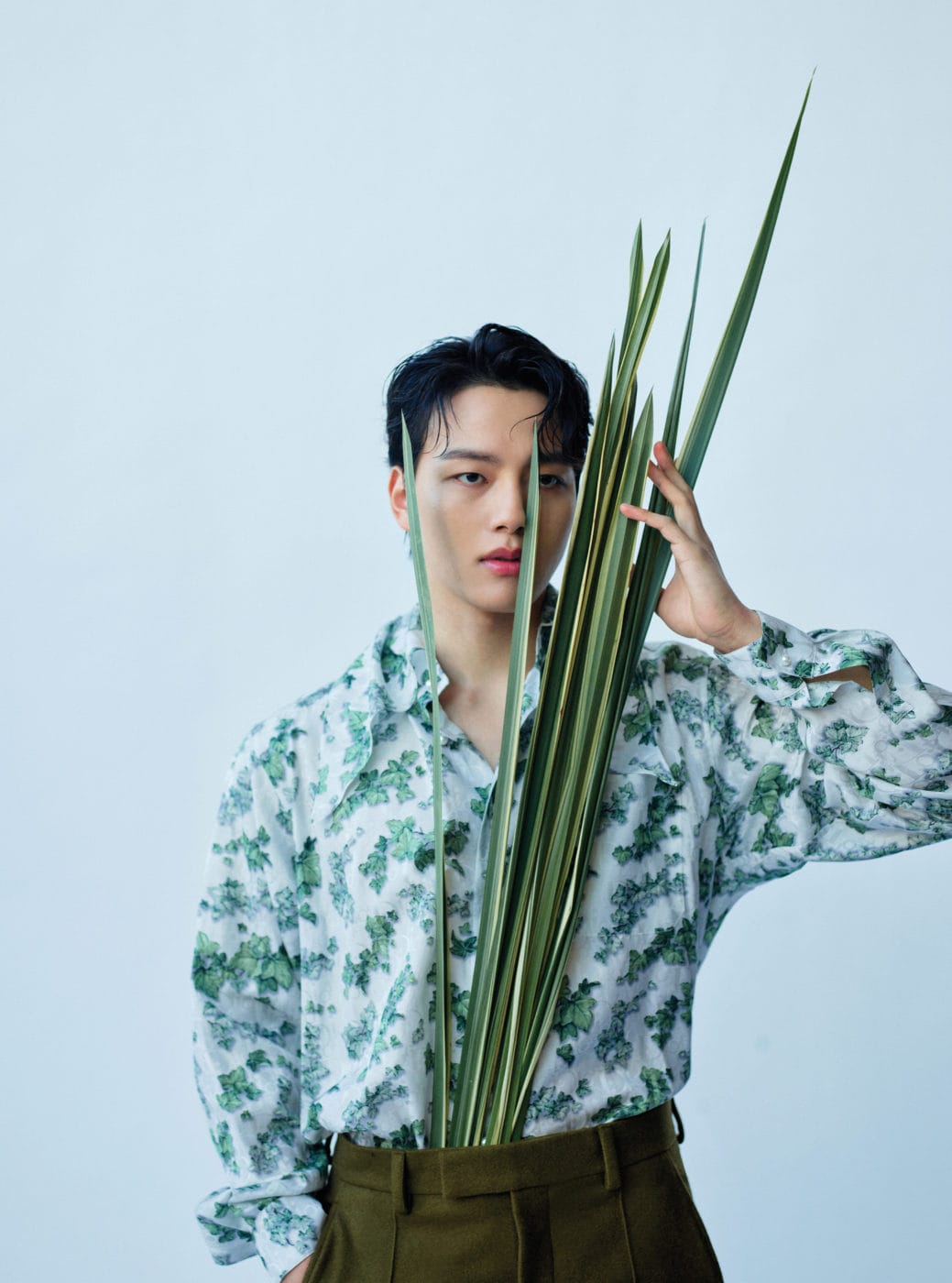 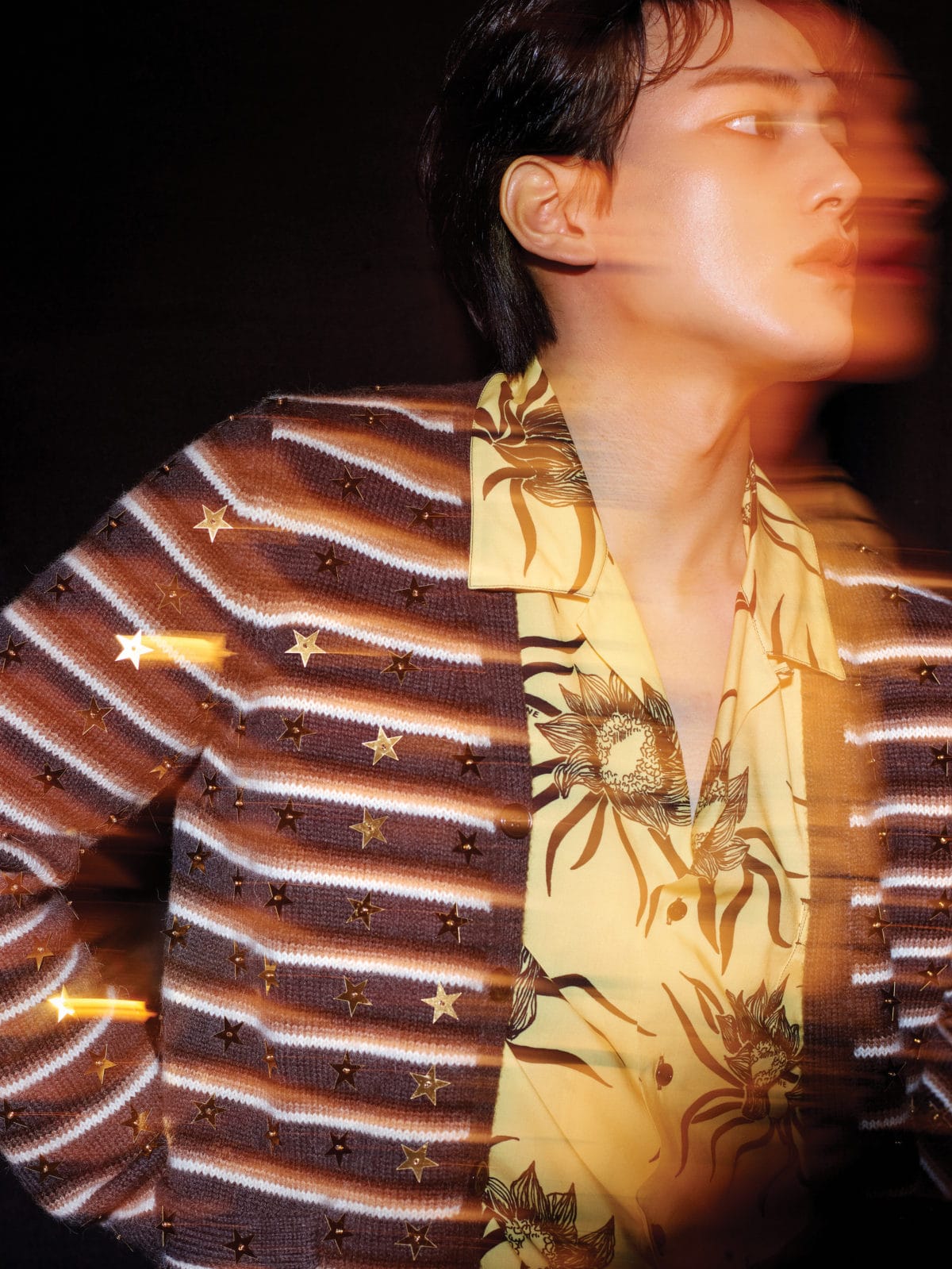 The interviewer asked how a person can be good at acting, and Yeo Jin Goo replied, “Hm, this is a bit ambiguous. I’ve acted for a long time, but until I went to university, I never had formal lessons. Just from a personal perspective, I think that the senses are very important in acting. Even if it’s the exact same scene, each person expresses it differently. In the end, you’re following your own emotions, so anyone can act, and if you do it for a long time, then you improve. If you look at senior actors with a lot of experience, they have honed their senses to bring out their own unique style. I think that if acting is your dream, it’s good to start as soon as possible.” 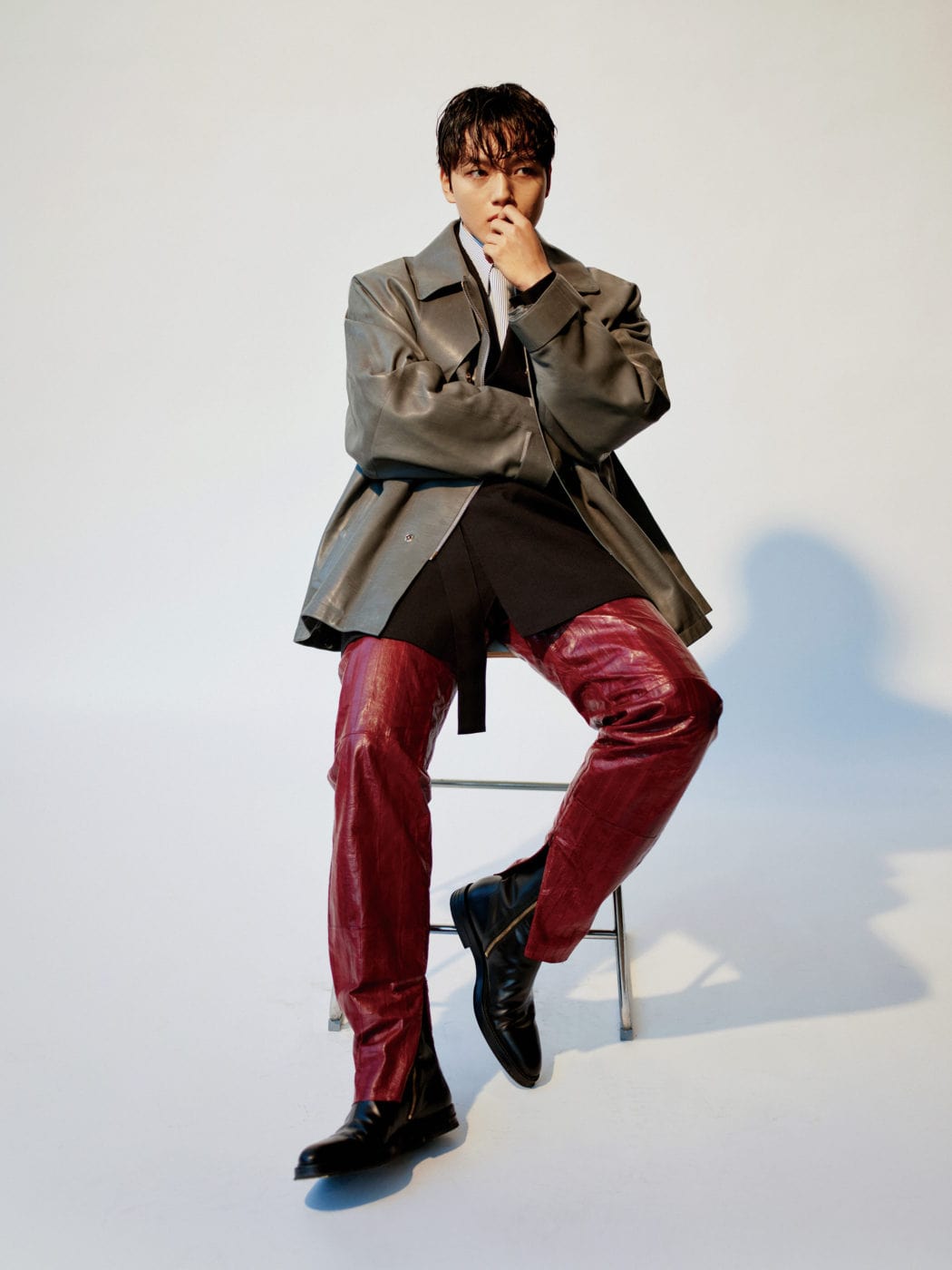 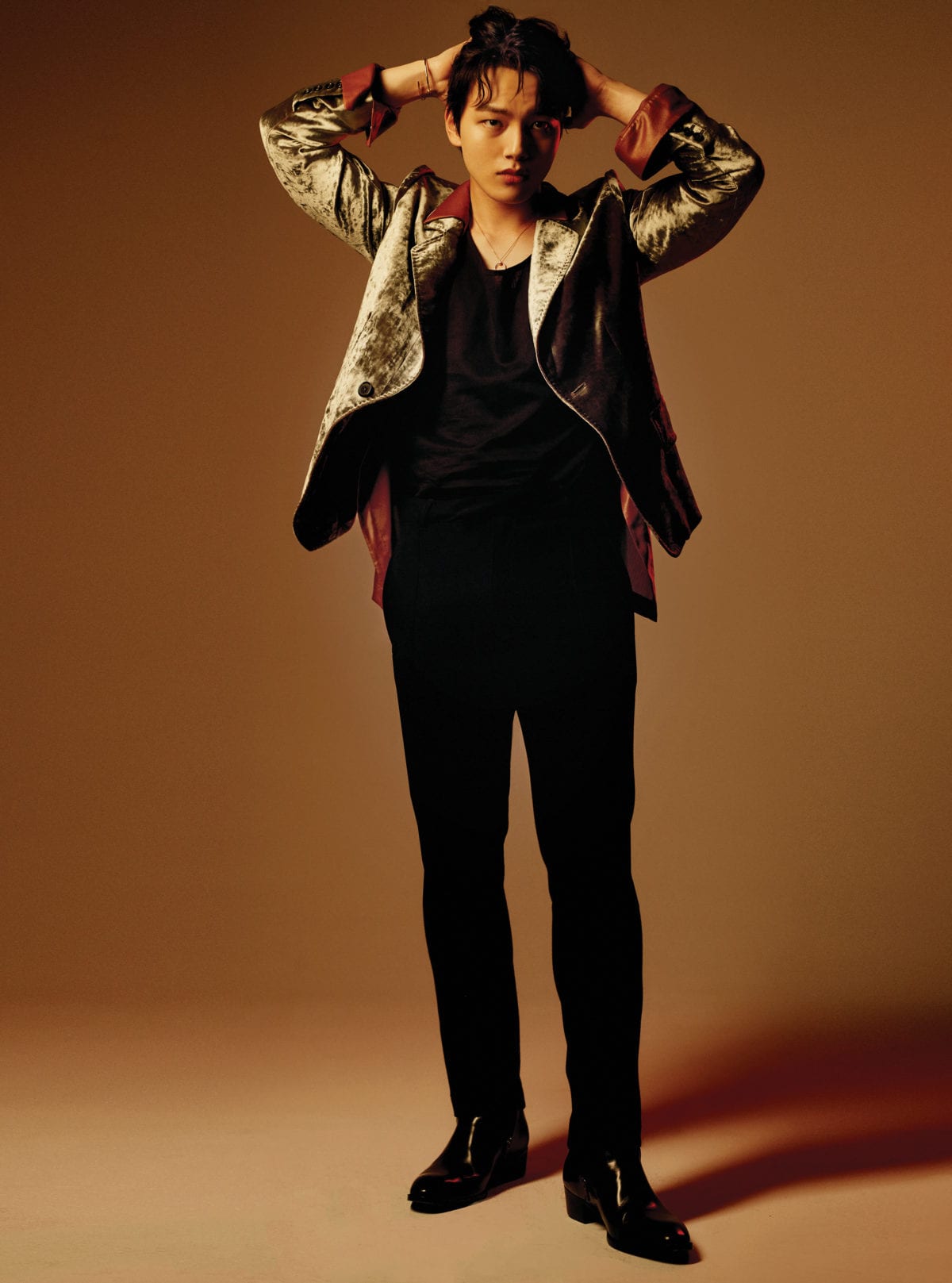 Yeo Jin Goo picked “The Crowned Clown” and “Hotel Del Luna” as the dramas that took him to a new level in terms of acting. “In ‘The Crowned Clown,’ it was really difficult to play two roles at once, but it was a chance for me to get a feel for how I act. ‘Hotel Del Luna’ was a project in which I felt like I could compliment myself. I realized that I could act the way I wanted and still receive a lot of love and praise. It was an emotional moment for me.” He added, “Before, I was in a slump that wasn’t quite a slump. I kept acting, and people kept complimenting me, but I always got help from the directors and senior actors and wasn’t completely satisfied with myself. But for ‘Hotel Del Luna’ and ‘The Crowned Clown,’ I did my own analysis and brought my opinions to set. It was the first time I’d done something like that, and I learned a lot. It made me excited to work on the next project.” 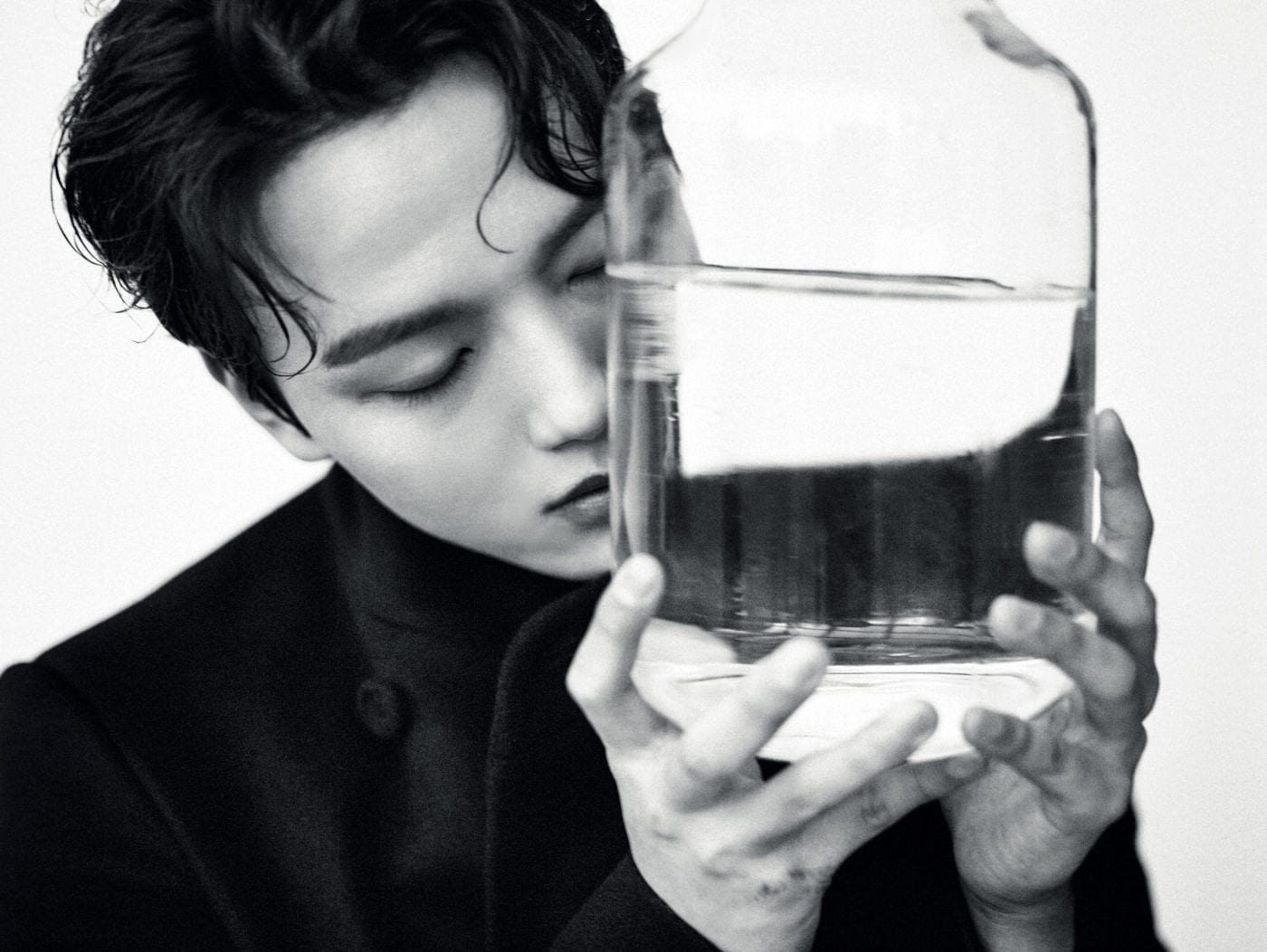 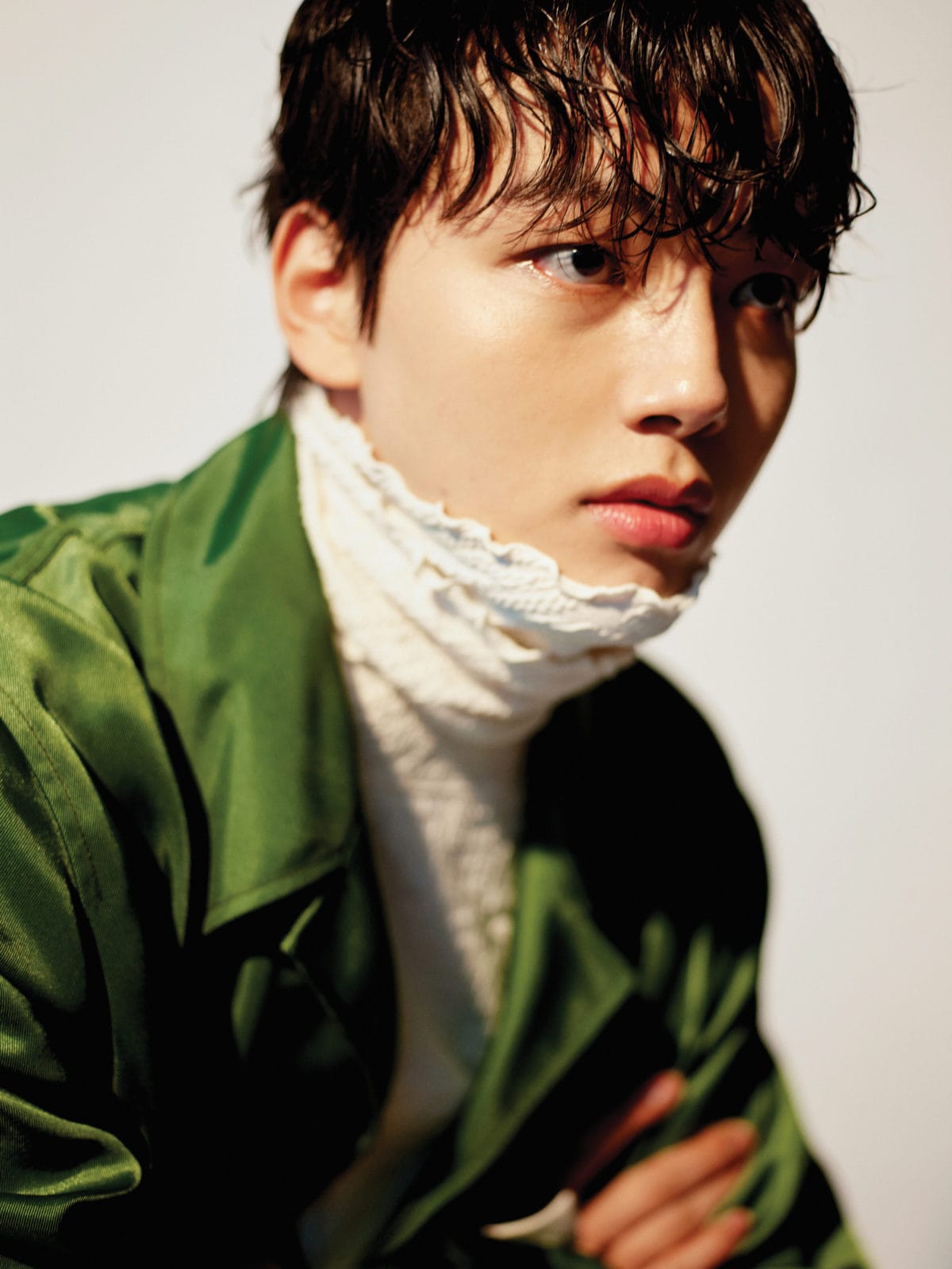 GQ
Yeo Jin Goo
How does this article make you feel?