On January 26, the idol-turned-actor answered various questions from fans and gave an update regarding plans for his music and acting activities.

He started off by saying, “Hello, I have safely returned from the military. I really want to thank everyone for waiting for me.”

D.O. shared future plans for his acting career. He said, “I’m filming a movie called ‘The Moon‘ (tentative title). I can’t tell you the details yet, but it’s really fun. So I hope everyone looks forward to it.”

Then he mentioned his music career and shared, “Personally, there were many things I wanted to do while I was in the military. I tried learning how to play the guitar, but honestly, I was too busy cooking to practice it a lot. But I’m going to try it again, so I’m taking lessons now. I also want to share music with you, so I’m earnestly planning for that.”

D.O. also talked about his solo album. He said, “I’m working hard on it. The songs are ready, and I am working on the lyrics. Once the lyrics are done, I’ll record the songs and let everyone hear them.” When a fan asked when the album will be ready, he replied, “I’m not sure. It will be out when it’s all complete. I’ll do my best to hurry up and release it.” 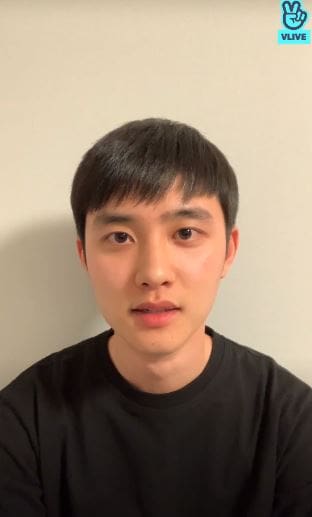 Sehun appeared in the live session and announced, “Everyone, Kyungsoo (D.O.’s real name) hyung is back from the military.” They talked about what different topics, and Sehun helped D.O. fix the camera. Sehun asked what D.O. will do next, and D.O. laughed sheepishly as he admitted he didn’t know.

Lastly, D.O. said, “I did a live V session because I wanted to let everyone know I came back safely. It’s late, so good night. Eat a lot of delicious foods and always be healthy. I hope you all will be happy. I’ll work hard to prepare [for my future activities] and become a person who can be a positive influence to others. So please look forward to it. Thank you.” 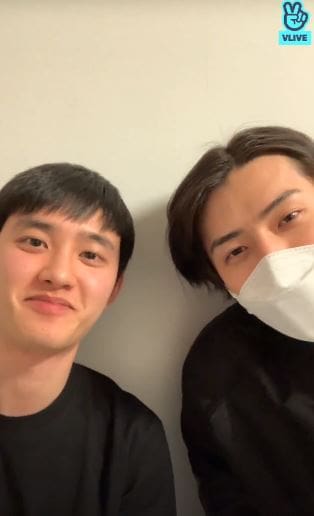 Following his military discharge, D.O. unveiled a live clip video for his song “That’s Okay,” which was released on July 1, 2019, the day of his enlistment. Check it out here!

While waiting for D.O.’s new acting project, watch his drama “100 Days My Prince“: