Previously, Hong Da In was imprisoned for trying to dig up the truth from a governor in Jeolla Province who was the last person to witness her father. On the other hand, Sung Yi Kyum was summoned to Hanyang due to a group framing the secret royal inspectors. However, Park Choon Sam successfully helped him escape, and they hurried back to save Hong Da In from being beheaded.

The trio’s strong friendship and teamwork increased the viewers’ excitement and exhilaration, and viewers are eager to find out what will happen next. On January 26, the drama shared new stills of an intriguing scenario involving Hong Da In, Sung Yi Kyum, and Jeon Gye Soo (Park Dong Bin).

The photos depict the three characters making a suspicious business deal. Hong Da In steals the attention with her vibrant dress and hairstyle. On the other hand, Sung Yi Kyum is dressed in frayed, humble clothing, hinting that he’s acting as her servant. Hong Da In also bursts into tears as she tries to appeal to Jeon Gye Soo’s better nature, and Sung Yi Kyum looks stunned by the events that are taking place. 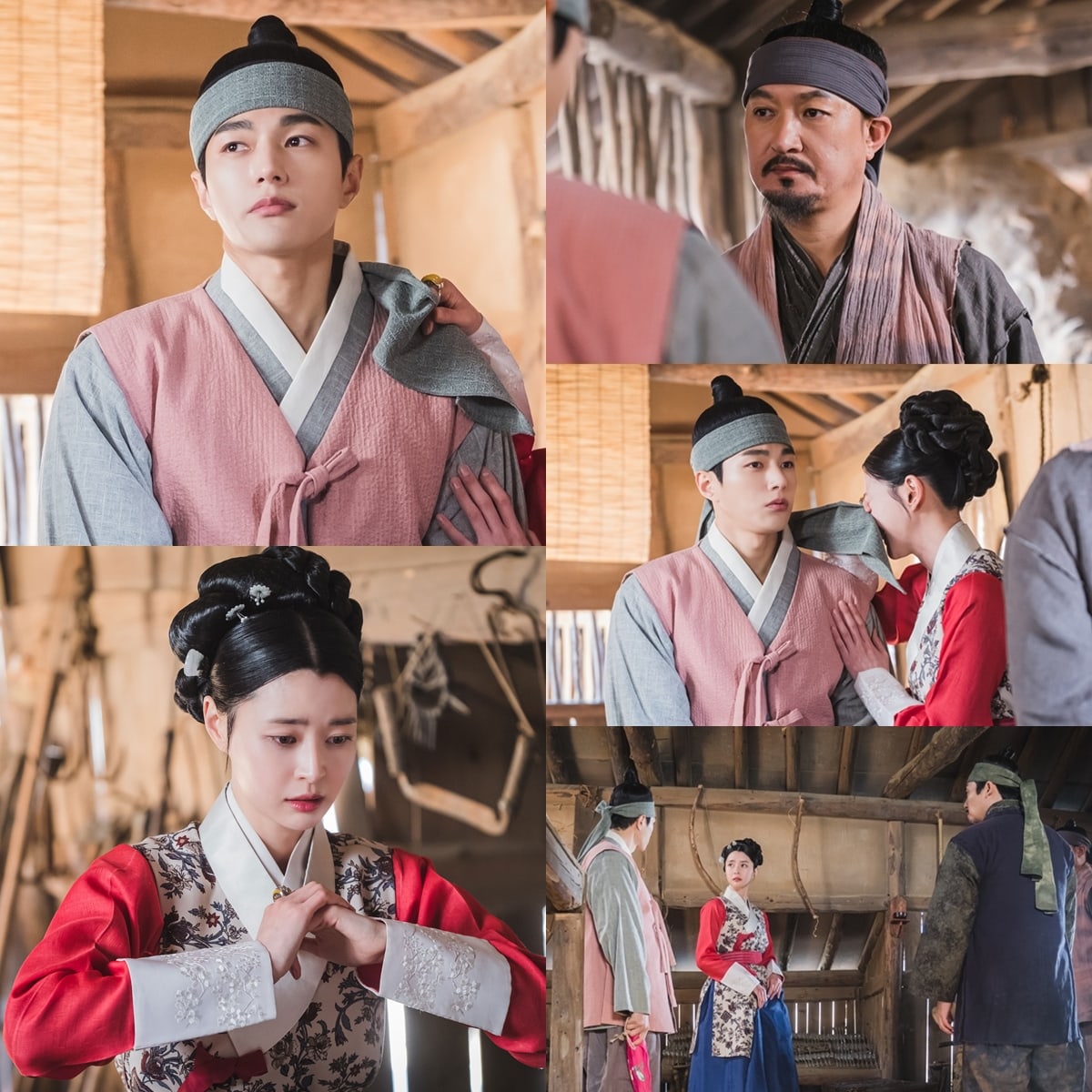 It will be interesting to find out why they had to change roles and transform into different people for this particular situation. What exactly is the object Sung Yi Kyum and Hong Da In are trying to get? Will they be able to safely fool Jeon Gye Soo and gain what they want?

These questions will be answered in the next episode of “Royal Secret Agent” that will air on January 26 at 9:30 p.m. KST.