“The Penthouse” Writer Praises The Cast, Talks About A Particularly Memorable Scene, And More

“The Penthouse” writer Kim Soon Ok spoke about the hit show in an interview with Sports Chosun!

SBS’s “The Penthouse” is set in a 100-floor luxury penthouse apartment, and the first season featured three women at the heart of the tale: the “queen” of the penthouse Shim Soo Ryeon (Lee Ji Ah), the “prima donna” Cheon Seo Jin (Kim So Yeon) who will stop at nothing to get what she wants, and Oh Yoon Hee (Eugene) who will do anything it takes to get into the world of high society.

In the interview, Kim Soon Ok explained that she had first planned out the project with the idea of it being an original show with seasons on an OTT (over-the-top) online video service.

She went on to say that she had written the drama with the mindset that it could be her last project. She therefore aimed to portray many potentially uncomfortable topics she had wanted to deal with in an unconventional and honest way, including issues surrounding the gap between the rich and poor, the harmful consequences of school violence, issues of unfairness in education, the creation of different classes because of real estate, and domestic violence. “However, when it was decided that it would air on a public broadcast network, there were many restrictions, and so a few characters disappeared or were edited,” she said. “Instead, I added comedic aspects.”

Kim Soon Ok shared, “Since the overall outline of the [early planned] synopsis didn’t change, some people remarked or criticized it by saying, ‘It’s too sensational and strong,'” she said. “That’s why I felt tense and nervous every day, wondering, ‘Will we be able to finish the drama?'”

In addition to being planned for more than season, “The Penthouse” was also produced before its premiere. “Since the drama was produced before it aired, we couldn’t even edit the script while it was airing,” said Kim Soon Ok. “There were critical articles and comments coming up every day, and my heart ached as I worried that the young cast might be hurt because of me.” She added, “Thankfully, we were able to wrap up season one well, so that fact alone makes me very happy. I feel sorry about viewers feeling uncomfortable.”

On the characters of the drama, Kim Soon Ok said, “I aimed to not clearly draw a line between good and evil. People have good and evil within them, no matter what form it takes, and I thought that people can show different sides of themselves depending on the situation.” She added, “I think that Yoon Hee is the most realistic character in that aspect.”

The episode 15 ending in which Kim So Yeon played the piano after the sudden death of her father is still a hot topic to this day. Kim Soon Ok said, “It was a scene that was truly like a present for our drama.” She added, “It was the greatest to the point that I’ve replayed it several times.”

“Kim So Yeon wanted to bring out the emotions as much as possible so she practiced for a few months, ever since she was cast, and performed the piano herself in the scene,” said Kim Soon Ok. “I applaud her surprising passion. I was actually the most excited for the episode 15 ending when I was writing the script as well. Kim So Yeon did such a great job that as a writer, I feel like I was carried by an actor’s performance.” 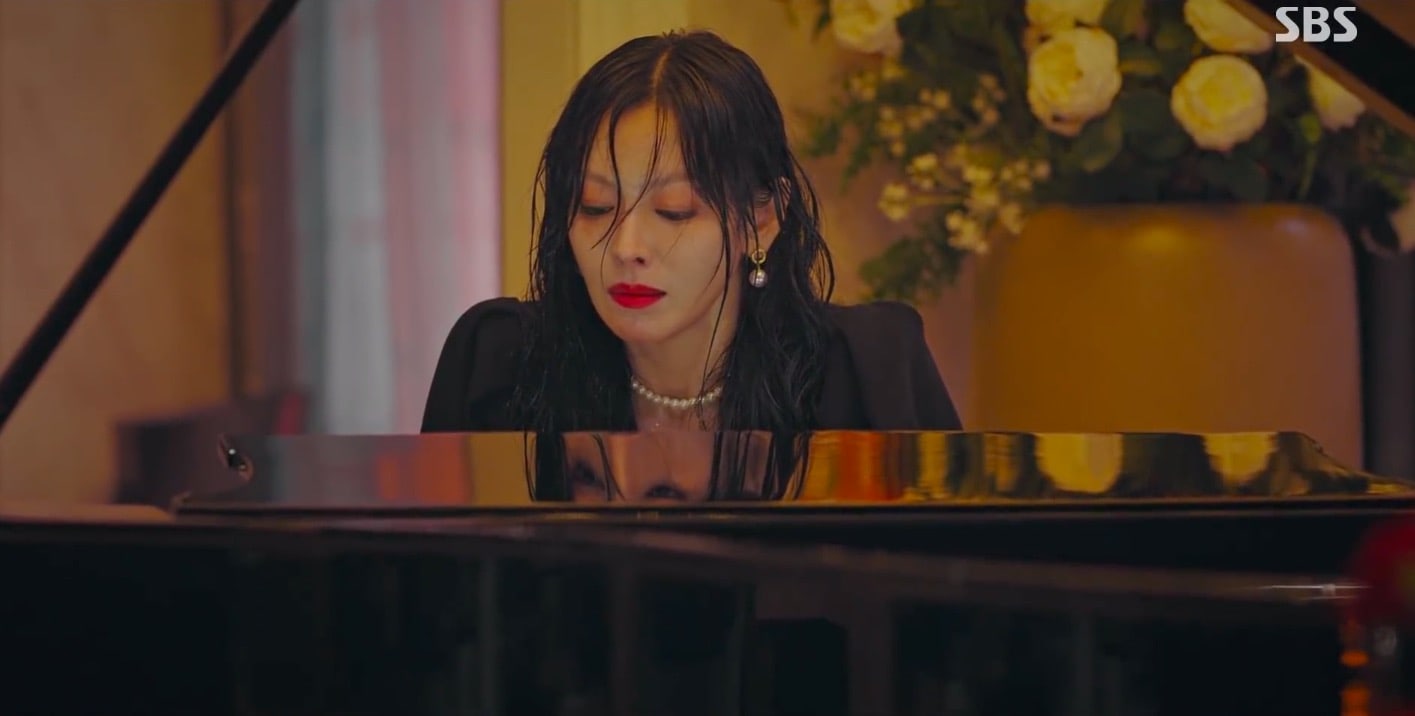 Kim Soon Ok praised the entire cast as she said, “In this drama, all the cast members perfectly pulled off their roles.” She explained that the actors had all made their teamwork and balance the top priority as they devoted themselves to their own characters. “I think that the biggest reason for the show’s success is the cast’s sacrifice and effort,” she said.

“It’s a drama that was infinitely in debt to all the cast and staff, including Director Joo Dong Min who created such amazing scenes,” she said. “Whether their part was big or small, everyone was the best, to the point that I wonder if I’ll be able to meet such a team again.”

The second season of “The Penthouse” premieres on February 19.

The Penthouse
How does this article make you feel?