What To Look Out For In Kim Rae Won And Lee Da Hee’s Upcoming Action-Packed Drama “L.U.C.A.: The Beginning”

tvN’s upcoming drama “L.U.C.A.: The Beginning” is nearing its premiere!

“L.U.C.A.: The Beginning” is an action thriller about a man named Ji Oh (Kim Rae Won), who is being chased for his special abilities, and a violent crimes detective named Gu Reum (Lee Da Hee), who is the only one who remembers who he is. It also stars Kim Sung Oh, Kim Sang Ho, Park Hyuk Kwon, Ahn Nae Sang, Jin Kyung, and more.

The drama is being directed by Kim Hong Sun, the master of “genre” dramas like “Voice” and “the Guest,” and written by Chun Sung Il, who has worked on popular films such as “The Pirates” and “My Girlfriend Is An Agent.” Ahead of the drama’s premiere on February 1, the production staff shared reasons why viewers should tune in for the new show.

Director Kim Hong Sun said, “It’s a cool action drama that also has fun, fantastical elements as Ji Oh’s secret unfolds.” Screenwriter Chun Sung Il said, “I tried not to take the ‘obvious route’ and wanted to avoid an ending that people would be able to predict.”

The drama is based on the concept of genetic modification and human evolution. “L.U.C.A.: The Beginning,” the title, comes from the acronym “Last Universal Common Ancestor,” the organism from which all life descended. Chun Sung Il said, “I started with the question, ‘Humans are always trying to change everything except themselves, so why would they stop at other humans?’ I then moved on to thinking about a story about the end of loneliness. Ji Oh is a unique person with special abilities that no one else has. I thought that being the ‘only one of your kind’ would be very lonely.”

On top of the unique worldbuilding is the huge spectacle of the drama’s action scenes. Cinematographer Choi Young Hwan, who worked on films like “Veteran,” “The Berlin File,” and “The Thieves,” said, “Just as I wanted to try something new, I came across this script. It was the most exciting script I’d read in a while. My focus was on keeping my individual style that I’d developed through films.” Kim Hong Sun added, “We shot in a way that was more like film direction [than TV direction]. If you watch the drama, you will be able to feel Choi Young Hwan’s style.”

Stunt director Jang Jae Wook said, “I wanted the action to show a fast and powerful energy like lightning. I thought a lot about the action situations and moves that would allow the viewers to accept certain special upgraded abilities as real. Ji Oh knows his own abilities and tries to control them, so he follows his targets closely when it comes to fighting.” The most important thing was to change things up. Even if it was in the same place and in a similar situation, I wanted the action to show something new and refreshing.”

He continued, “Kim Rae Won is really intense when it comes to focus and details, it’s amazing. Even when you can’t see his face in the scene, he says that it will feel different if he does it himself, so he wanted to do most of his own stunts. Lee Da Hee is very good at learning the technical aspects of action, including skills and movements, and also at bringing out her own style. Kim Sung Oh’s action skills are legendary. He’s an amazing actor.”

tvN also shared some stills of the supporting actors in “L.U.C.A.: The Beginning” Park Hyuk Kwon plays Kim Chul Soo, the secret person in charge of the biotechnology project at Human Tech. Ahn Nae Sang plays Ryu Joong Kwon, the head of the Human Tech research center and the first person in Korea to come up with a theory of gene editing. Jin Kyung plays Hwang Jung Ah, the mysterious woman who established Human Tech and gathered the best scientists to work there. 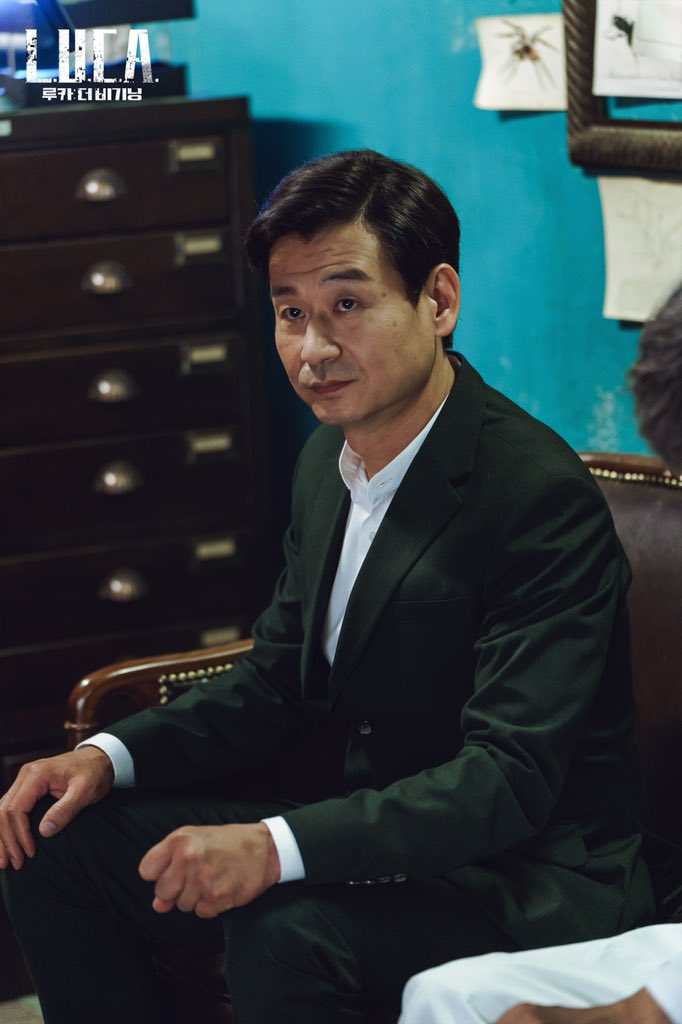 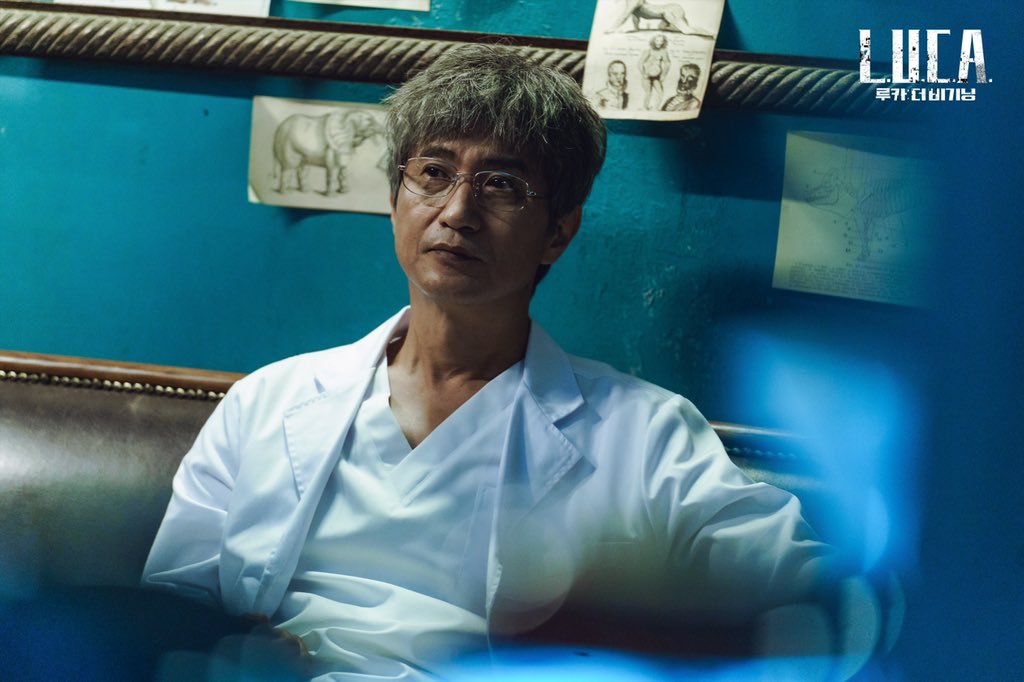 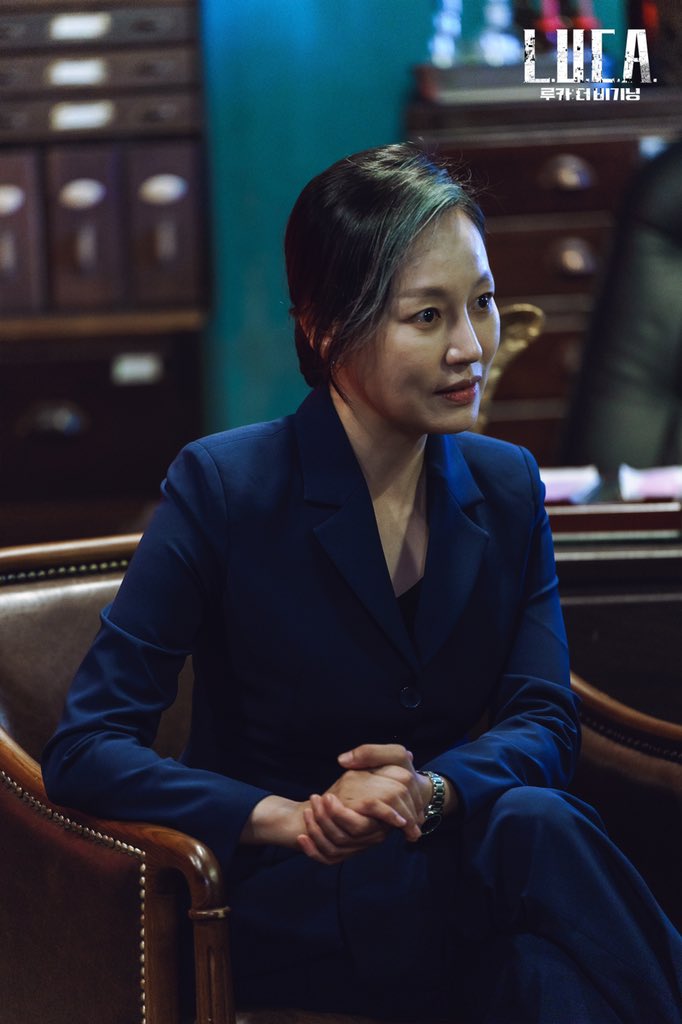 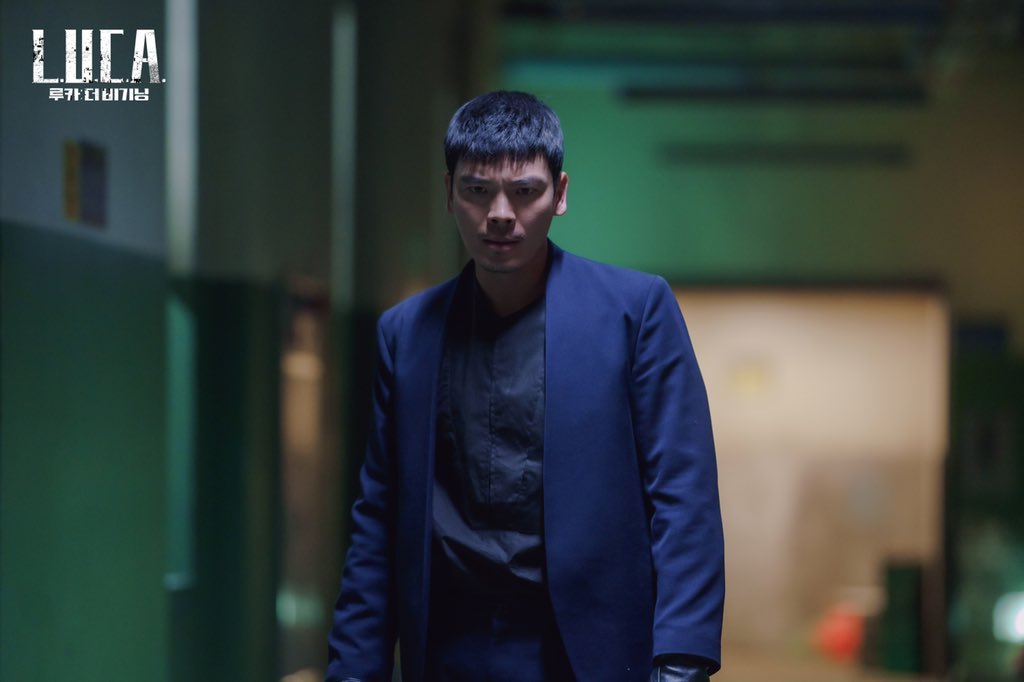 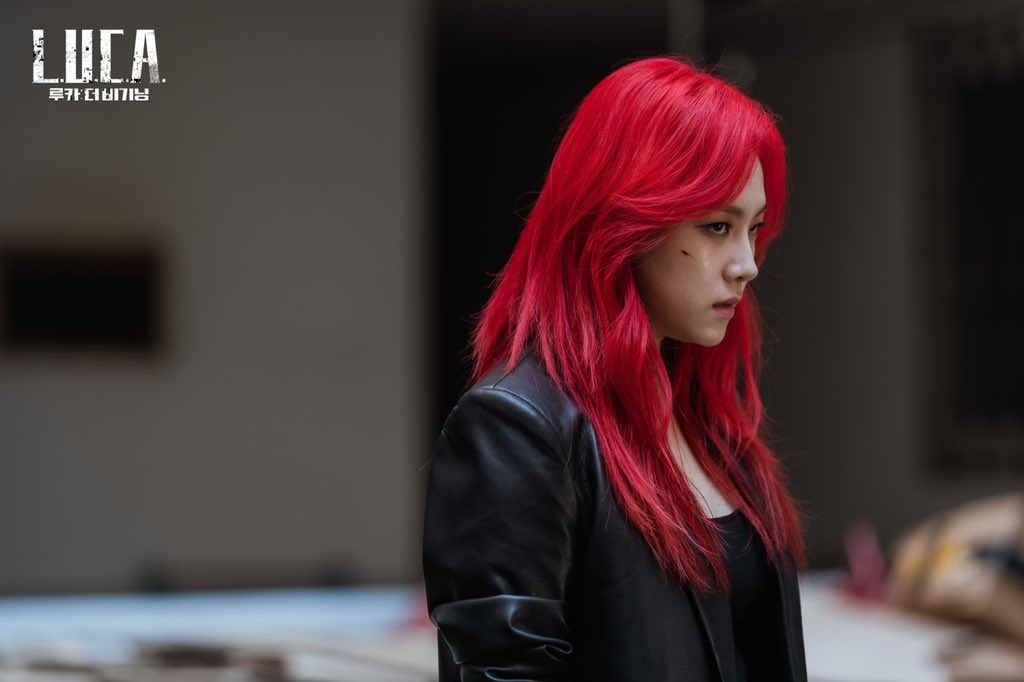 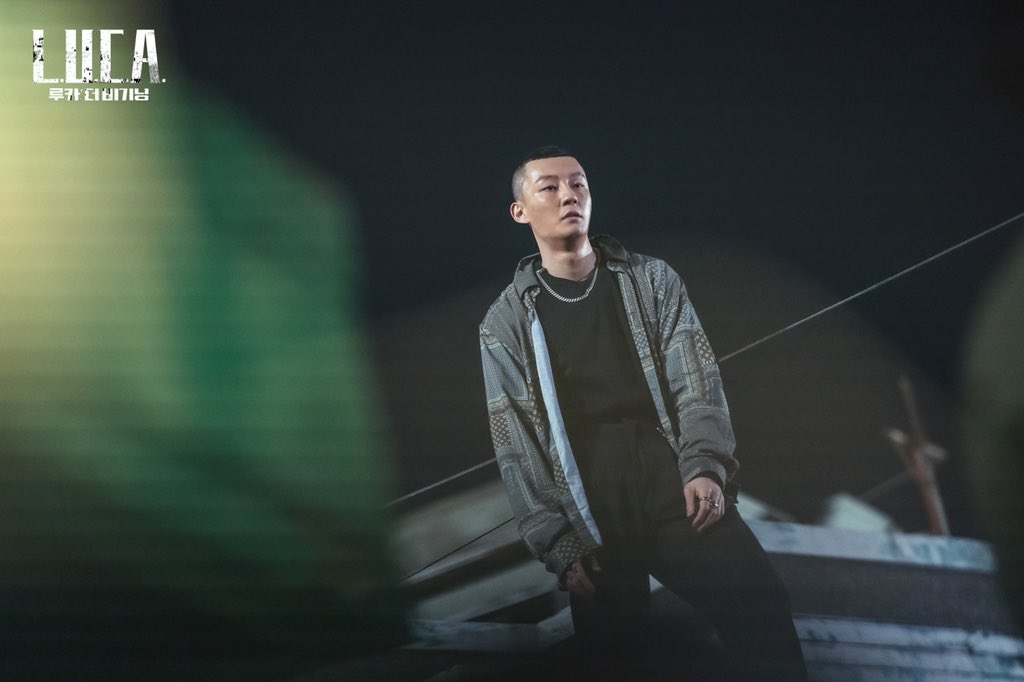 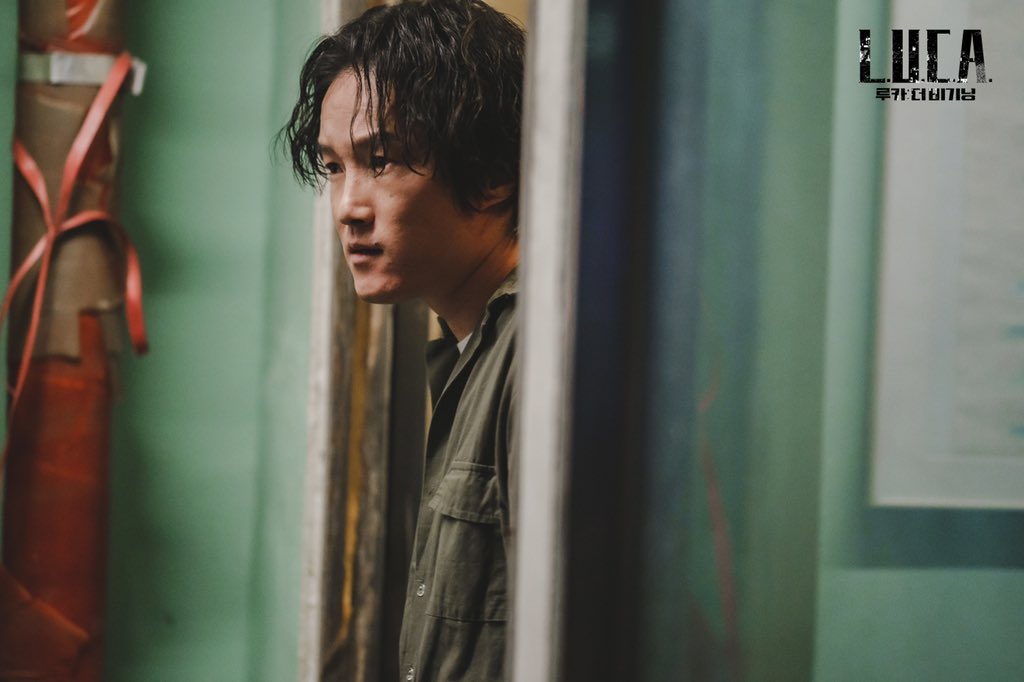