Based on a hit webtoon, “True Beauty” is a romantic comedy about Lim Ju Gyeong (Moon Ga Young), who zealously uses makeup to hide her bare face and combat her insecurities about her looks. After she meets Lee Su Ho (ASTRO‘s Cha Eun Woo), a popular student who has his own emotional wounds, they share each other’s secrets and learn to heal through love.

Hwang In Yeop stars as Han Seo Jun, an untamable rebel with a surprisingly warm heart, and Park Yoo Na plays Kang Su Jin, a “goddess” who hides her secrets behind a cool exterior.

Han Seo Jun made hearts ache with his sweet gestures to Lim Ju Gyeong. Despite the fact that she is dating Lee Su Ho and that his love will never be returned, he still watches her back and makes sure she’s happy. Previously, Park Sae Mi (Jeon Hye Won) went to Lim Ju Gyeong’s house, but Han Seo Jun blocked her. When she showed him Lim Ju Gyeong’s bare face, Han Seo Jun snapped, “She’s still prettier than you in my eyes.”

Han Seo Jun will step up to the plate once again to save Lim Ju Gyeong, and this time, his target is Kang Su Jin, the one who was once Lim Ju Gyeong’s friend but turned into a green-eyed monster because of Lee Su Ho. It seems like he is searching for the real culprit who uploaded the past photos of Lim Ju Gyeong, and viewers are wondering if the truth will finally be unveiled.

The newly released stills depict a tense confrontation between Han Seo Jun and Kang Su Jin. Han Seo Jun’s gaze is sharp and cold, and he looks extremely displeased. He approaches Kang Su Jin who gazes back with equal iciness. 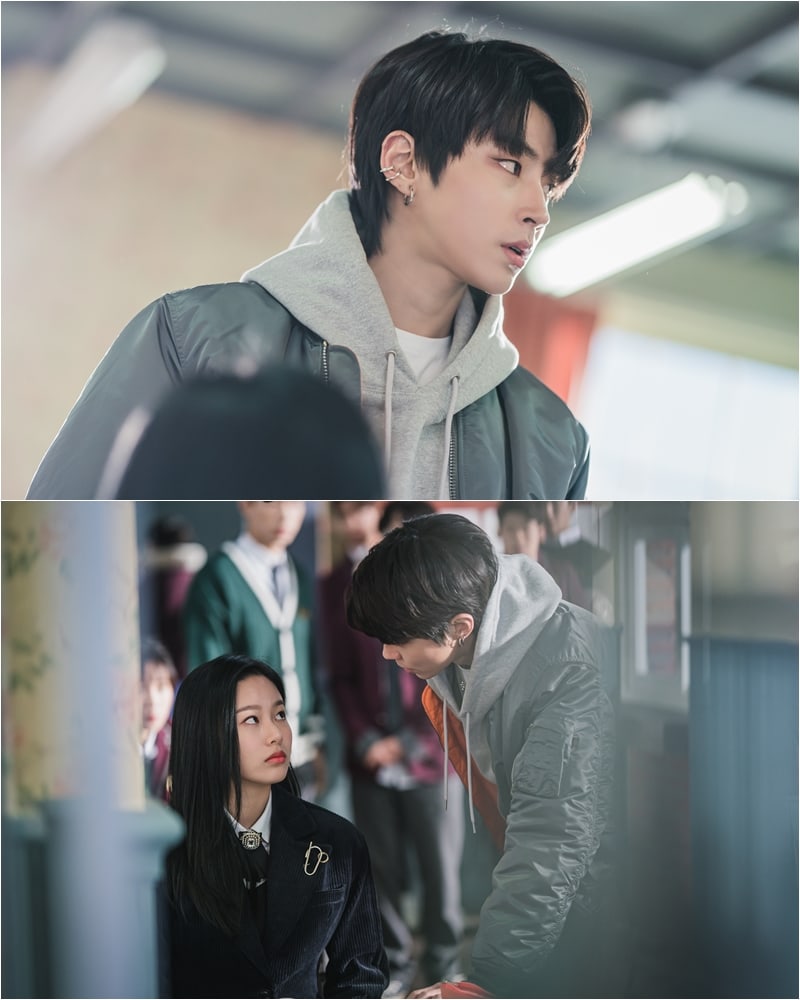 Catch up with “True Beauty” below:

Park Yoo Na
True Beauty
Hwang In Yeop
How does this article make you feel?