Lee Da Hee, Kim Rae Won, And More Describe Why They Joined “L.U.C.A.: The Beginning” And Talk About Their Characters

As “L.U.C.A.: The Beginning” gears up for its premiere, the cast shared some insights into the show!

The tvN drama is an action thriller about a man named Ji Oh (Kim Rae Won) who is being chased for his special abilities, and a violent crimes detective named Gu Reum (Lee Da Hee), who is the only one who remembers him. Kim Sung Oh plays Lee Son, who is the chief among Ji Oh’s pursuers and used to be part of the special forces. On January 27, Kim Rae Won, Lee Da Hee, Kim Sung Oh, and Director Kim Hong Sun took part in an online press conference for the drama.

Kim Rae Won is making his return to the world of dramas three years after “Black Knight.” The actor shared, “I always felt a vague fear about fantasy works. So there have been times when I’ve politely turned down offers. I thought this project might be the same, but the writer was Chun Sung Il and I had really enjoyed watching Director Kim Hong Sun’s ‘The Guest.’ I was greatly moved by his directing. Also Choi Young Hwan was the cinematographer, and there was also the cast. There was no way I could say no.”

Kim Rae Won is known for being a master of romance dramas, and he said on the romance in the new drama, “There’s a story of his destined love with Lee Da Hee’s character.”

Lee Da Hee shared, “I wanted to try taking on a genre work, and with the director and writer being experts in genre projects, there was no reason not to take the role.” She went on to share that the cast lineup was also a reason she’d wanted to join the drama. The actress previously played a strong detective in the drama “Mrs. Cop.” She said, “It’s similar in terms of their occupations, but there’s a mature romance in ‘L.U.C.A.: The Beginning.’ I think that could be the difference.” She added, “I think it might be a bit of a deeper feeling rather than something light.”

Kim Rae Won also spoke about learning about his character Ji Oh while playing him. “He lives while hiding his astounding ability, and in the drama he’s someone who’s searching for the root and cause and to find out about his birth. I worked hard, and one thing that felt rewarding was that I was very curious and kept asking about Ji Oh to the point that the director might have felt annoyed, but once the drama filming was over and I thought about it, I realized that I’d felt what Ji Oh felt. Ji Oh was also curious about who he was and worked hard to find out. I felt that too, and it was confusing and difficult. Ji Oh really doesn’t know who he is at the beginning of the drama.”

Lee Da Hee said about her own character, “She’s definitely an independent woman, but I recently thought that there’s also a pure inner side to her and she has that charm.” The actress also said about taking on action scenes for the show, “I did do a bit of action in the past, but I’ve never done full action scenes like this before. The director awoke those action instincts in me.” She also shared that she thinks that viewers will enjoy all the excellent action scenes in the show.

Kim Rae Won commented, “Lee Da Hee is really amazing. I was so surprised. She’s passionate and also really great. She must have gotten hurt here and there during filming but she didn’t let on and worked hard.” 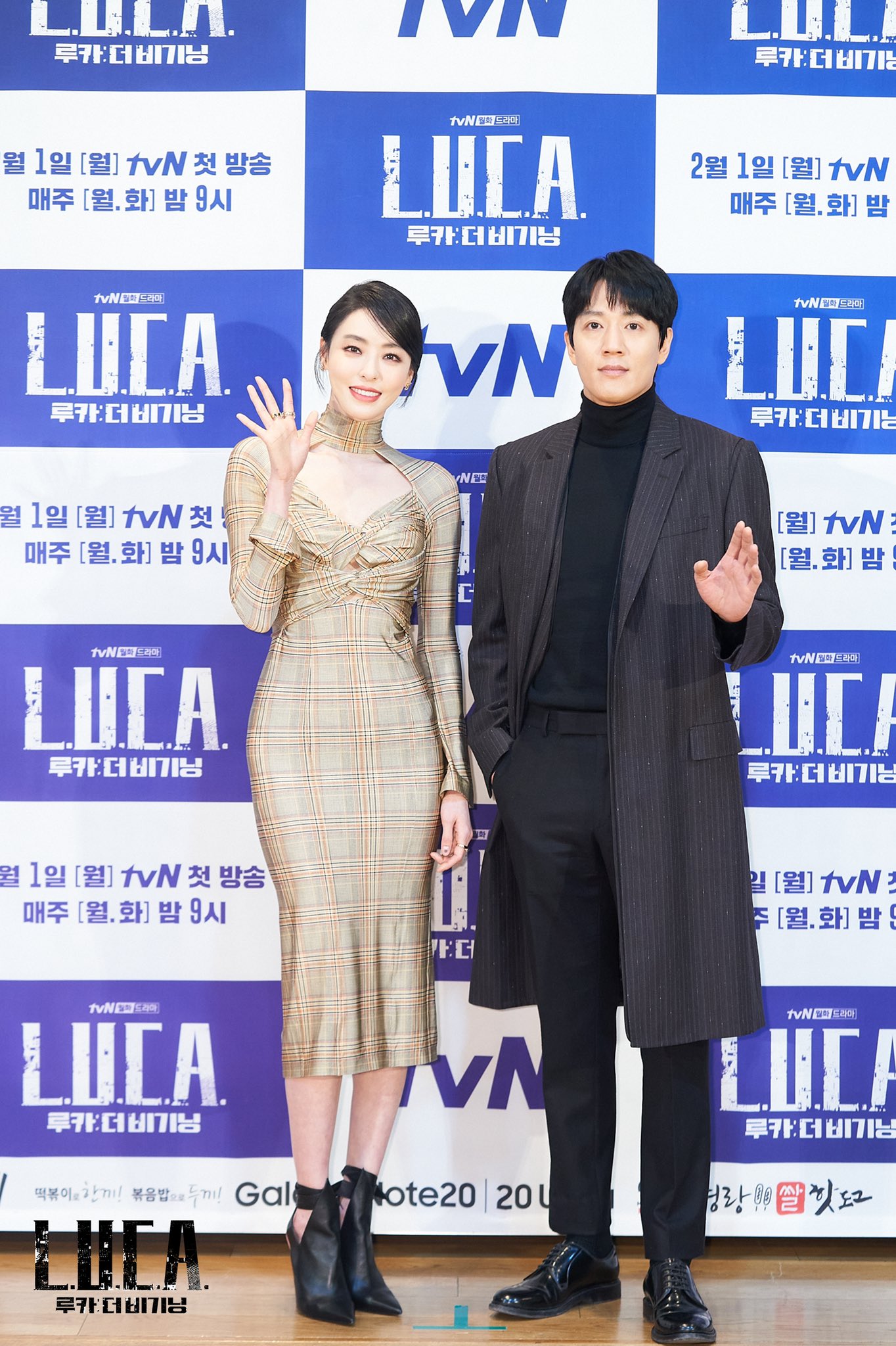 Kim Sung Oh also shared his own reason for joining the drama. “I thought that I would really enjoy watching this drama on television.” He added, “There’s a lot of action, and the CGI and spectacles are used in just the right places to make the action richer.”

Kim Rae Won and Lee Da Hee spoke about the connection between their two characters. Kim Rae Won commented, “It would be good if they could have quickly met and shared their feelings honestly, but they couldn’t speak frankly so as an actor I felt frustrated too.” Lee Da Hee shared, “Our romance is one where they’re so close but not quite touching, where there’s a feeling of desperation but they can’t meet. That part doesn’t feel annoying, but it’s sad to see. That’s why I called it a mature romance earlier. Regarding acting out the emotions, I talked a lot with Kim Rae Won and we tried to bring them to life. Thanks to him, I was able to act while following him.”

“L.U.C.A.: The Beginning” premieres on February 1 and will be available on Viki.