Yoo In Na Talks About Her Upcoming Drama, Newfound Happiness, Friendship With IU, And More

Yoo In Na shared her thoughts on her career, life, personality, and more in an interview with W Korea!

On what she did on December 31 and January 1, Yoo In Na shared, “I got out everything in my home in order to figure out what to throw away. I’ve started preparing to become a minimalist. There’s currently a lot of stuff piled up in our living room.”

Yoo In Na went on to talk about her upcoming film “New Year Blues,” in which she stars opposite Kim Kang Woo as a woman named Hyo Young who is dealing with pain after a divorce.

“There are four couples in the story,” said Yoo In Na. “It tells the tales of what happens to each of the couples during the New Year’s period, and it shows them all overcoming their difficult situations.” She shared, “Compared to other roles, my character has a relatively quiet personality. I’ve been mainly playing very upbeat characters, so I wanted to try taking on the challenge of a character like Hyo Young in ‘New Year Blues.’

Yoo In Na will soon be acting in the JTBC drama “Snowdrop” (literal title), and she described the script as tightly written with the stories of its different characters combined well together. She plays Kang Chung Ya, a surgeon at a state-run hospital. Her character is described as highly skilled in the operating room while also able to charm anyone in a split second. When asked to explain more about the charm of her character, Yoo In Na said with a laugh, “I also found out that she’s much more charming than I thought when we began work in earnest. She’s beautiful and intelligent, but it’s impossible to know what she’s hiding inside.” 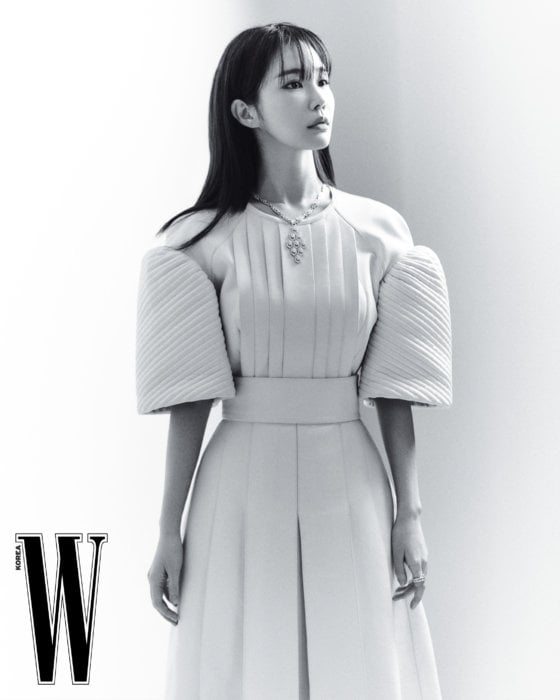 While talking about her career, the interviewer brought up the unique way of talking that Yoo In Na used while playing the character Sunny in “Goblin (Guardian: The Lonely and Great God).” Yoo In Na shared, “I put a lot of thought into how to portray Sunny in ‘Goblin.’ I tried dozens of different versions in order to come up with a unique way of talking, and I chose one of those. I was very worried that people would react to my way of talking by saying ‘What’s with that?’, but after it aired, I also felt amazed personally over the thought that I’d achieved something like that. Starting from when we did the script reading, Gong Yoo gave a lot of compliments by saying Sunny’s character was unique and had a fun way of talking.”

Yoo In Na has starred in many projects that have become hits, starting with her debut sitcom “High Kick! Through the Roof” and including works such as “Goblin,” “The Greatest Love,” and “My Love from the Star.” She was asked if those experiences have given her a sense of pride or if she thinks of it all as down to luck.

“I don’t think that projects do well because of luck,” she shared. “The combination of a great script, directing, and acting was clearly what made a project worthy of success. However, I do think that me being cast for a role in such a project was because I had good luck, since there are so many other actors who could pull it off well. Still, since I wasn’t chosen by lottery, I do feel a sense of pride to a certain extent.” 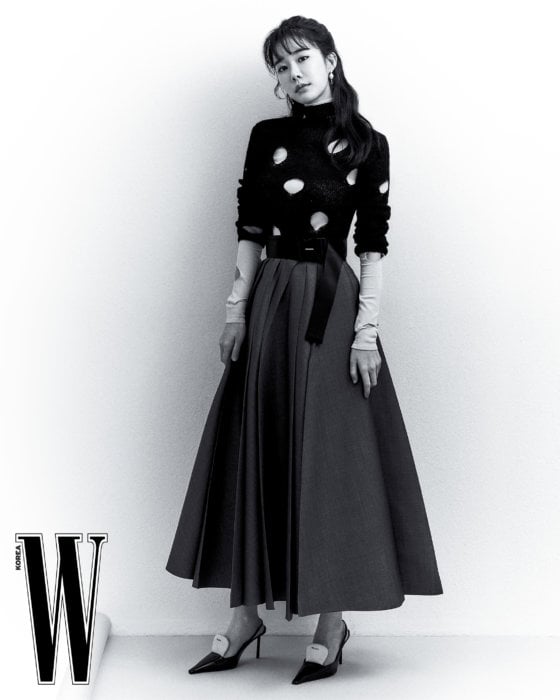 Yoo In Na was asked to share what her close friends would say about her personality. “I’ve received this question in the past too so I’ve asked a few of my close friends,” she replied. “They said I’m tender-hearted but strong, I come up with good solutions to concerns, I buy delicious things to eat, I’m honest, I’m warm-hearted… They probably kept my weaknesses to themselves and just said my strengths.”

Yoo In Na and IU are famously known as best friends. Yoo In Na was asked what makes them such a good fit for each other, and whether they’re similar or if they complement each other because they’re different. “It’s exactly 50:50 between us being similar and us complementing each other because we’re different,” said Yoo In Na. “I think that makes us tighter. I’ve heard it said that being together with someone who’s too similar to oneself can mean that although you understand each other well, at some point you might become sick of them. I think that’s true. At the same time, the person might feel like they’re not a good fit if they’re too different.”

The actress was asked if even her female friends ever call her “lovely.” She replied, “At one point, IU said on a show that I’m ‘the most lovely creature,’ and I was so happy about that.” She added with a laugh, “But when the two of us are together… we just have fun like we’re middle school boys.” 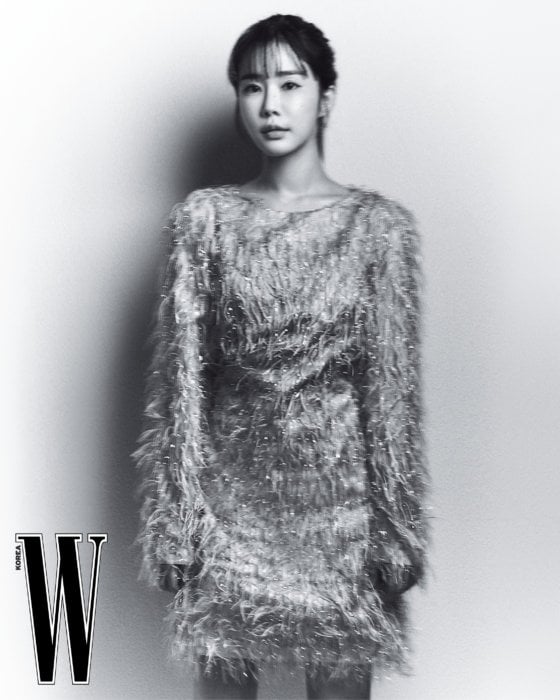 Yoo In Na was asked to describe the past 10 years as she enters her 40s in Korean age. “They were truly 10 years that included all the different kinds of emotion,” she said. “In the beginning, I didn’t know what was what, and I went through a period of limitations and frustrations in the middle. As I came out of that dark tunnel, I matured and my criteria for happiness changed. I realized that I can be happy with just food, friends, and sunlight, and after that I haven’t fallen into a deep depression even for a moment. Thanks to the fact that I wrapped up my late 30s peacefully, I’m full of a good energy now.” 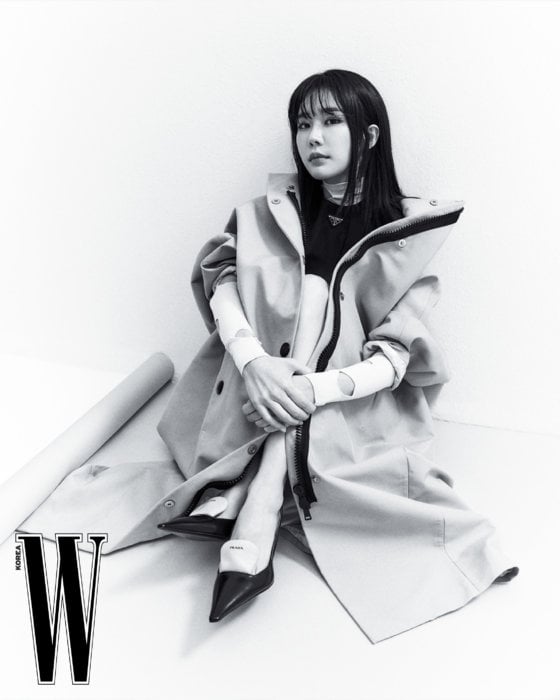 Watch Yoo In Na in “Goblin” below!

IU
W Korea
Yoo In Na
How does this article make you feel?