Watch: ASTRO’s Cha Eun Woo Has Unique Chemistry With Each Of His Co-Stars In “True Beauty”

More behind-the-scenes content has been released for “True Beauty”!

On January 30, the drama unveiled a special making-of clip that shows a glimpse of the actors’ close friendship. In particular, ASTRO’s Cha Eun Woo gets along with everyone and has unique chemistry with each person.

While filming the scene when Lee Su Ho (Cha Eun Woo’s character) breaks things off with Lim Ju Gyeong (Moon Ga Young) and chooses Kang Su Jin (Park Yoo Na’s character), Cha Eun Woo jokingly brainstorms various endings. Instead of dragging Kang Su Jin’s hand away, he takes the hand of a supporting actress, making everyone laugh with his refreshing plot twist. He even takes Kang Min Ah’s wrist, and she lightly whacks him in response. Then he asks, “Want me to show you something unexpected?” Then he grabs both Park Yoo Na’s and Moon Ga Young’s wrists, causing another round of laughter to fill the classroom. 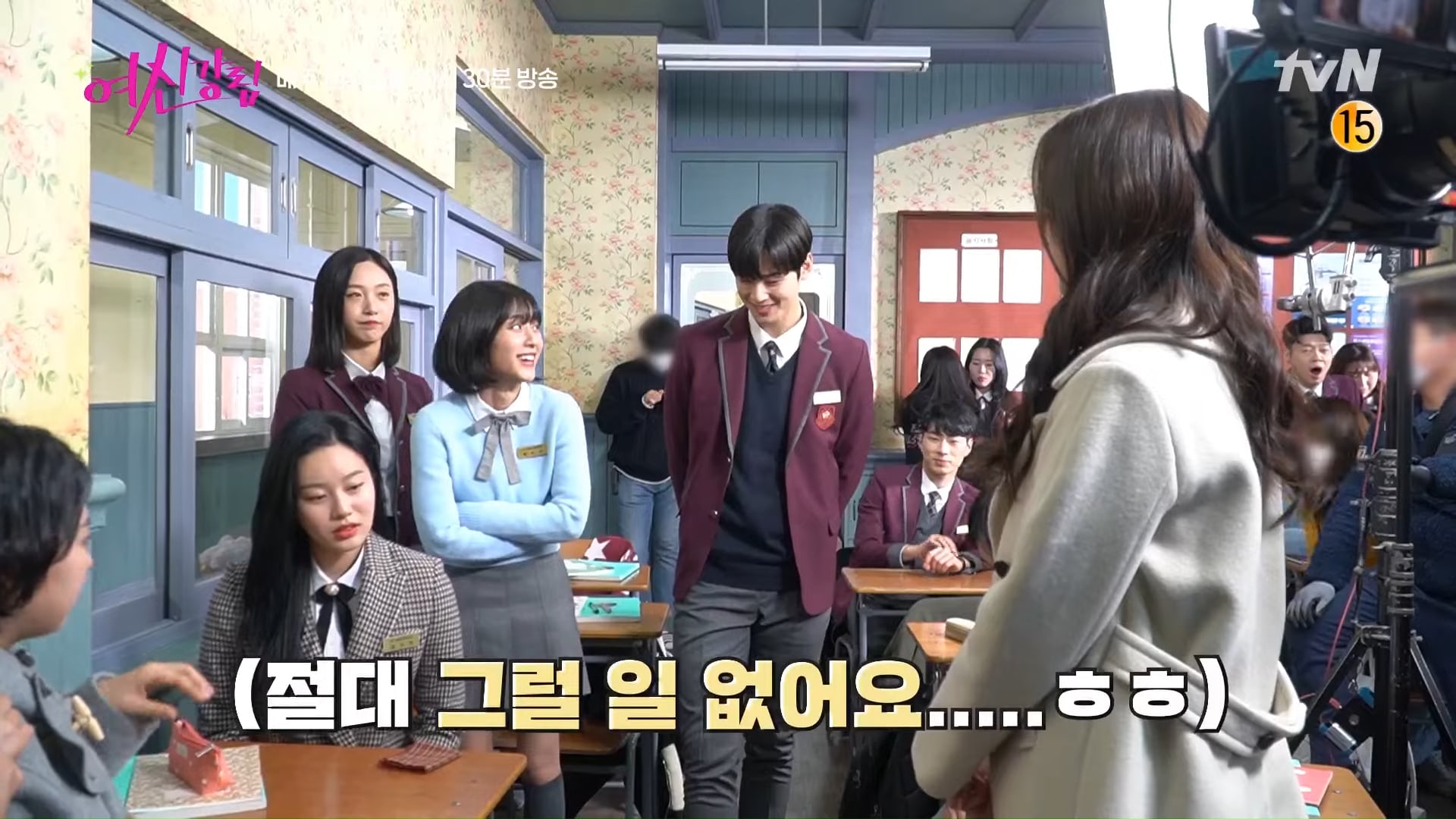 Cha Eun Woo also showed his special bromance with Hwang In Yeop. After Cha Eun Woo films the scene where he gets on his knees and dramatically cries for Lim Ju Gyeong to come back, Hwang In Yeop jumps up and down with extreme joy and comments,” You’re so cute.” Cha Eun Woo laughs shyly, and Hwang In Yeop gives him a hug as he keeps saying, “He’s really cute.”

The two actors also practice knitting together. They try to teach each other but eventually get stuck and ask the staff for help. They become very focused on the activity, and they give it their all to make it work. 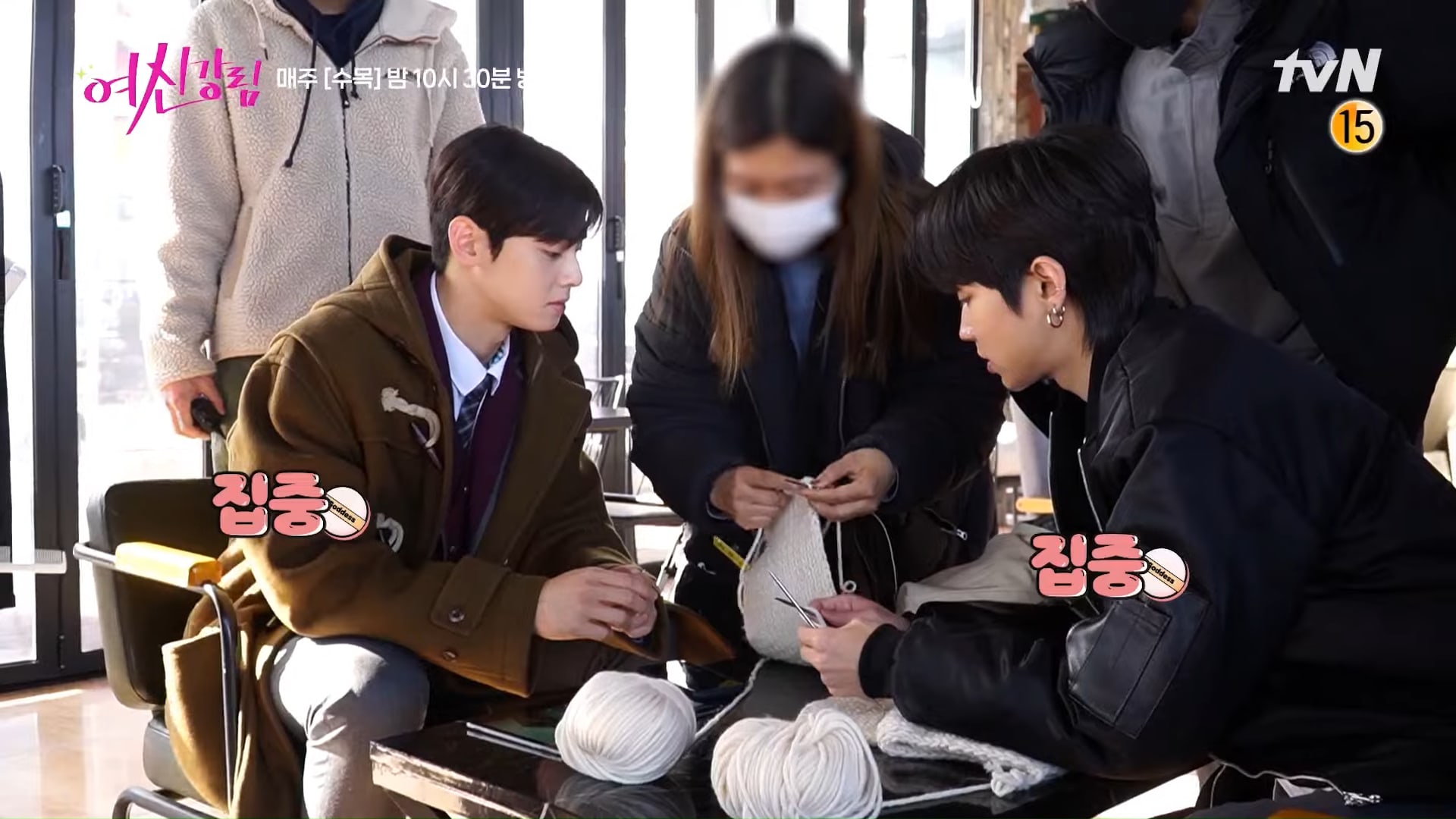 Of course, Cha Eun Woo also has brilliant chemistry with his co-star Moon Ga Young. They film their beach date with enthusiasm, and the two joke around with each other when they’re not filming. During break, Cha Eun Woo comments, “We should go home after playing for ten minutes.” Moon Ga Young points out how dirty their shoes are, and they both stare at a staff member’s dry and comfortable foam clogs in envy. 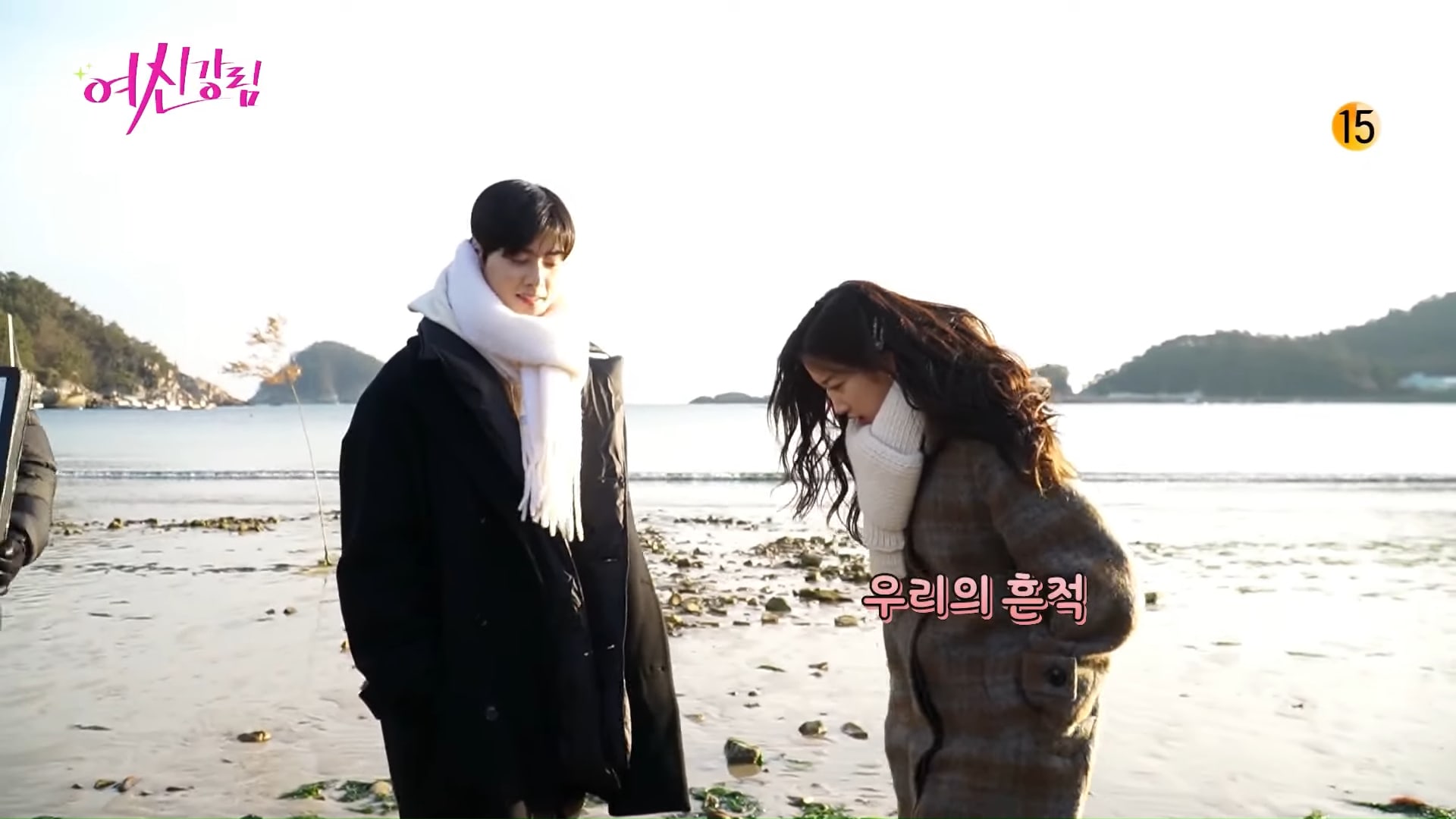 Hwang In Yeop also displays unique teamwork with his co-stars. He watches Moon Ga Young who smiles cluelessly at him, and he sweetly says, “Look at her. She’s smiling. I hope she can [keep] smiling.” He also hangs out with Lee Il Joon and Lee Woo Jae during break. Lee Woo Jae tells him to say that line he always does in making-of videos when he claims a character is his. Hwang In Yeop grins at the camera, points to Lee Il Joon, and mouths, “He’s mine.” 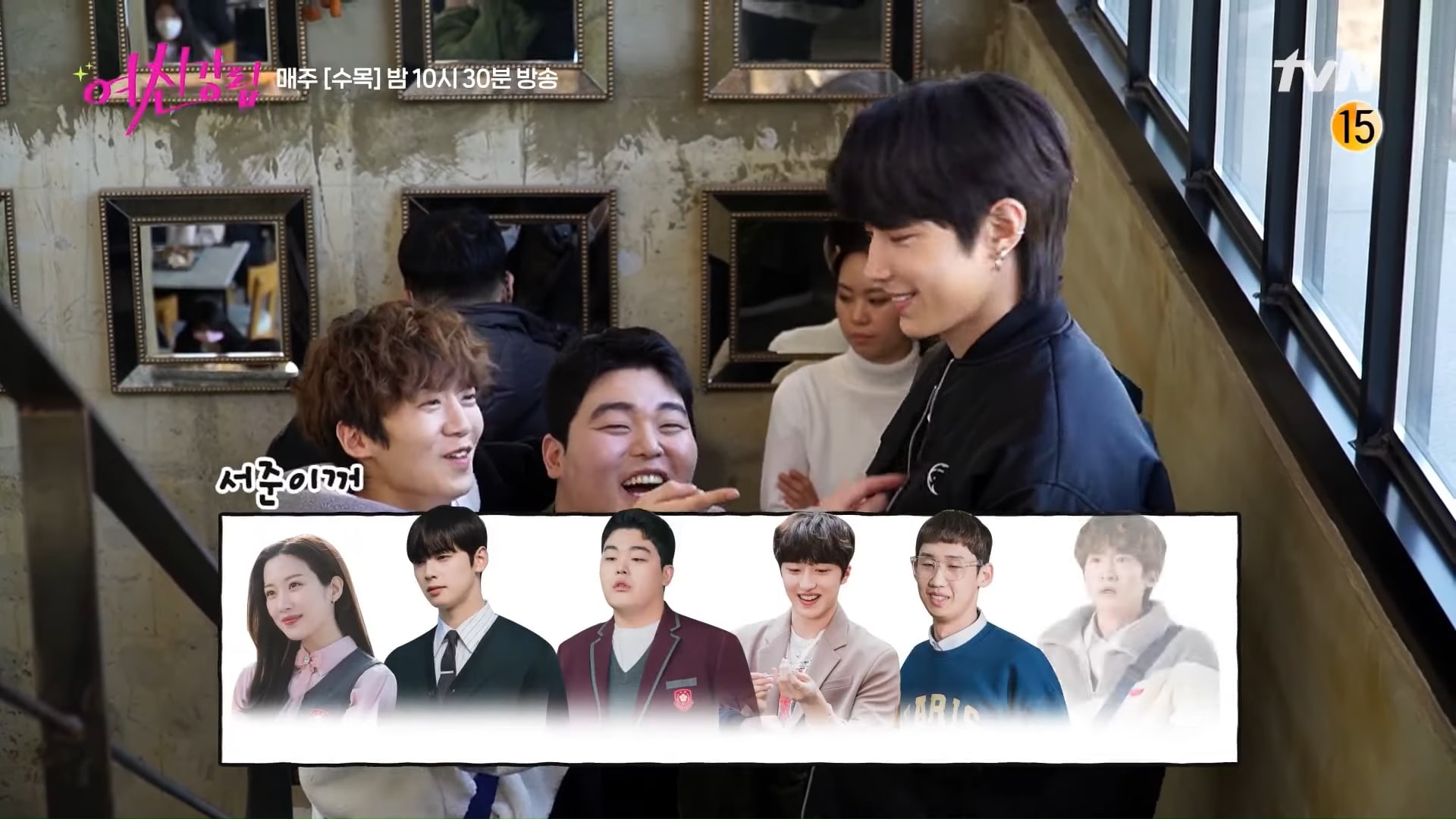