Lee Da Hee Talks About Her Dating Style, Insecurities, And Why She Thinks Kim Jong Kook Will Be 1st “My Ugly Duckling” Member To Get Married

Lee Da Hee stole the hearts of the celebrity moms on SBS’s “My Ugly Duckling”!

On the January 31 episode of the variety show, Lee Da Hee made a guest appearance as a special MC. The panel of celebrity moms was immediately taken with her, praising her beauty and refreshingly honest personality.

After bringing up the fact that she was known to be very honest, host Shin Dong Yup playfully asked her what she thought of her own looks. Lee Da Hee cautiously replied with a shy smile, “I do think I’m pretty. Just from my own subjective point of view, based on my own standards, I think I have the vibe that kids like these days.”

When asked if she had any complexes about her appearance, Lee Da Hee shared, “Because I’m tall, my shoulders are pretty broad. So if I gain even a little weight, they end up looking way too big.” 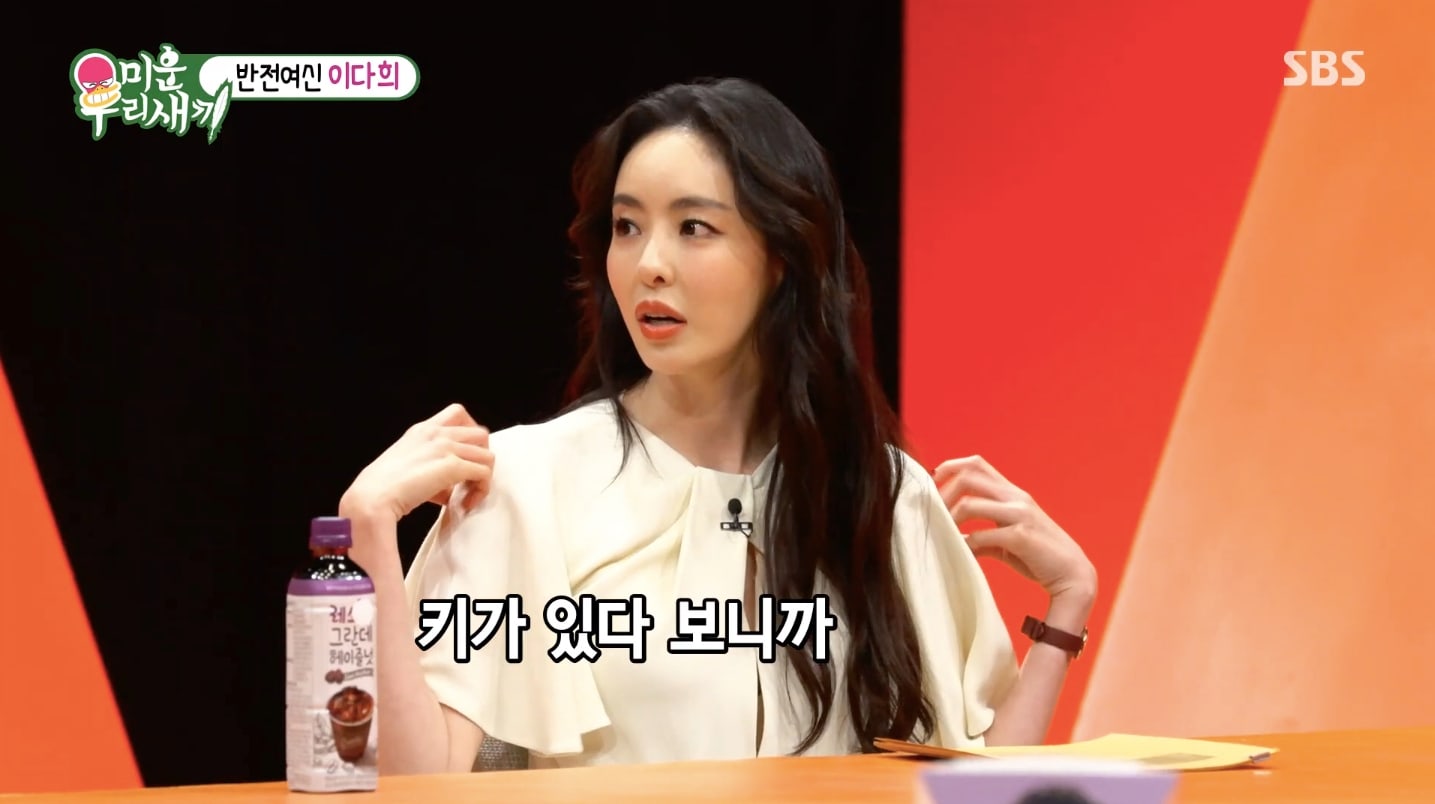 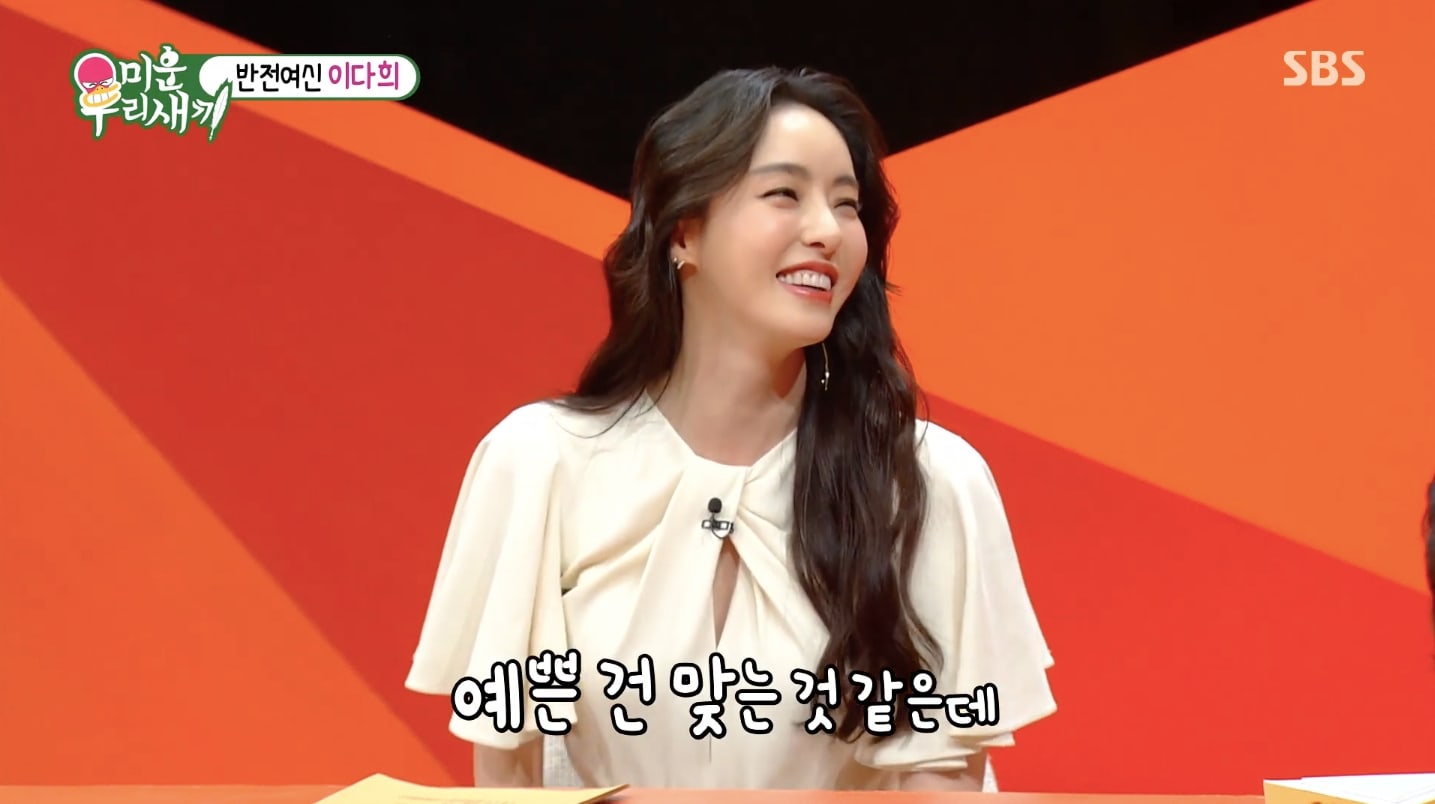 Later on in the show, Shin Dong Yup asked Lee Da Hee, “If you end up meeting a guy you really like, would you be brave enough to be the first one to make a move?” The actress replied, “If I really liked him, yes. Since I might regret it later [if I don’t make a move].”

“I’m usually good at expressing my feelings,” she went on to reveal. “I don’t typically keep my feelings bottled up inside.”

As for the type of guy she’d prefer to date, Lee Da Hee shared, “I also like people who are good at expressing their feelings. I feel like people who have received love know how to express it, and I think all of that’s important.” 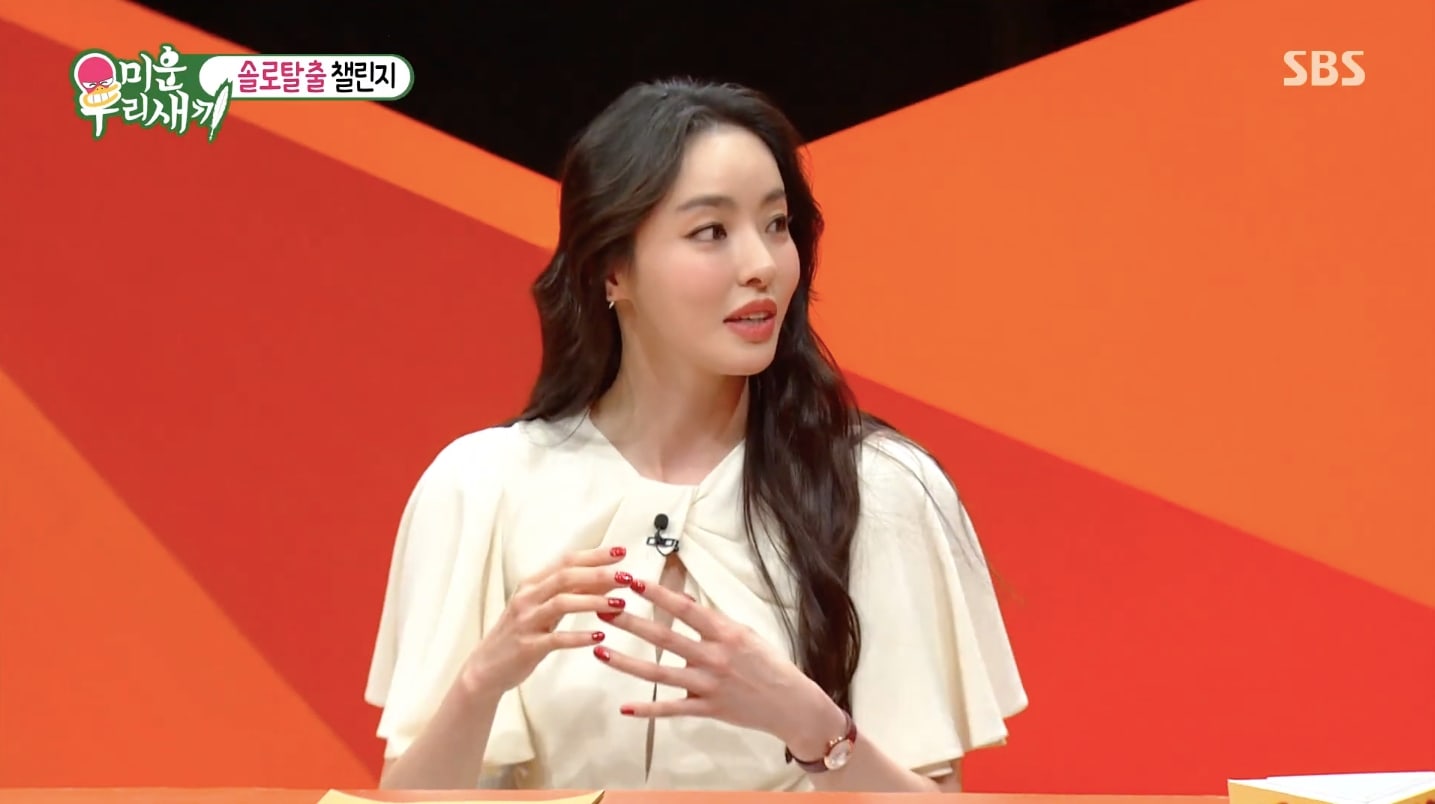 Shin Dong Yup then asked Lee Da Hee who she thought would be the first to get married out of “My Ugly Duckling” regulars Tak Jae Hoon, Lee Sang Min, Park Soo Hong, and Kim Jong Kook.

Lee Da Hee thoughtfully replied, “I feel like Jong Kook would probably be the first to [get married]. Since he thinks about his parents’ feelings a lot, I think that would make him want to give them grandchildren.” 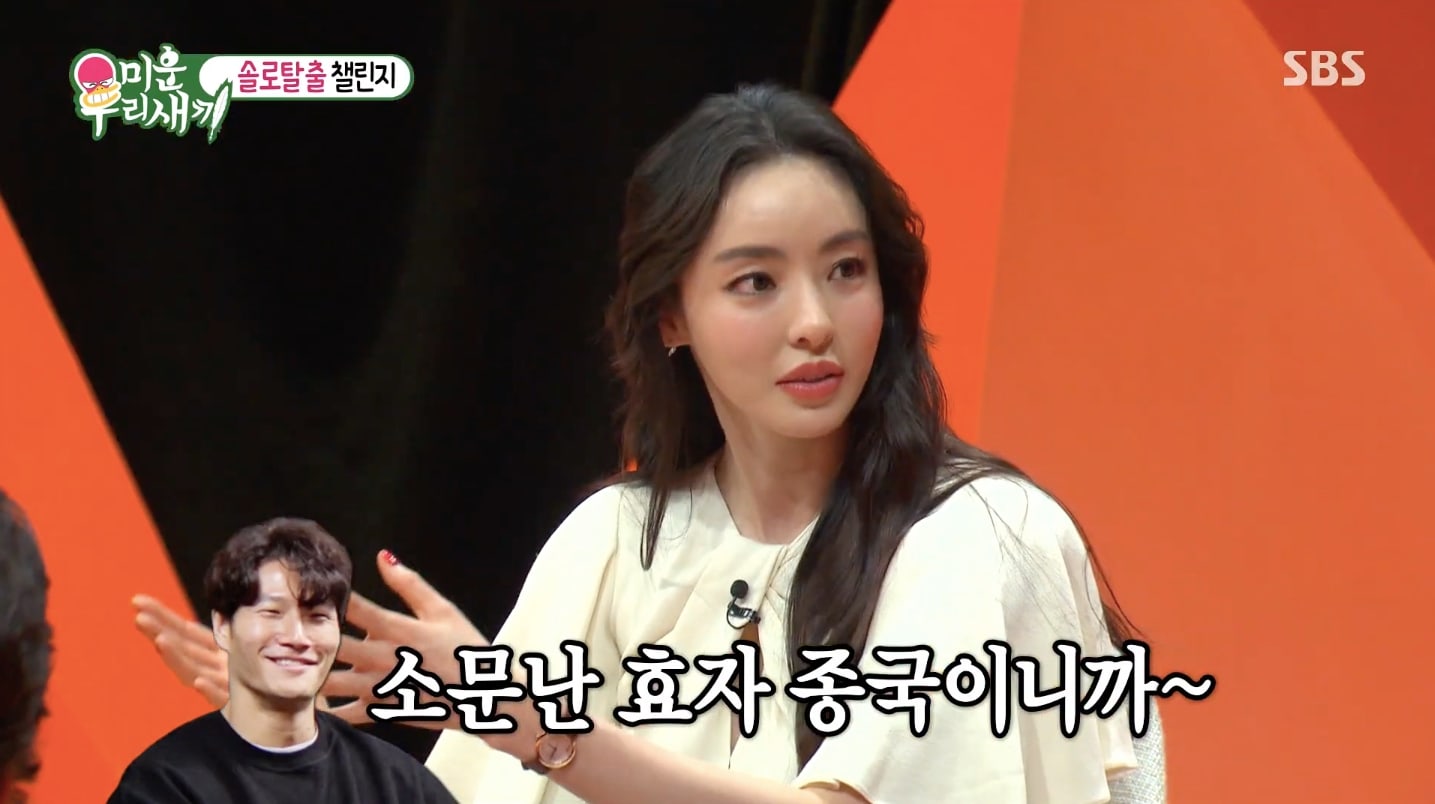 …and check out a teaser for Lee Da Hee’s upcoming drama “L.U.C.A.: The Beginning” here!

Kim Jong Kook
Lee Da Hee
My Ugly Duckling
How does this article make you feel?