In the previous episode, Hong Da In was imprisoned while digging up the truth to clear her father’s name. In misfortune after misfortune, Sung Yi Kyum became embroiled in a crisis due to Kim Byeong Geun (Son Byung Ho) that could possibly have him sent back to Hanyang. However, in order to save Hong Da In, he falsely confessed that everything had happened under his orders.

Newly released stills show a meeting between Sung Yi Kyum and Hong Da In, who are seldom able to meet due to a cruel twist of fate. Sung Yi Kyum waits with Park Choon Sam, looking somewhat forlorn as he gazes up at her house. At the same time, Hong Da In sets off to find Sung Yi Kyum, but the distressed look on her face shows that her efforts were futile (see top photo). 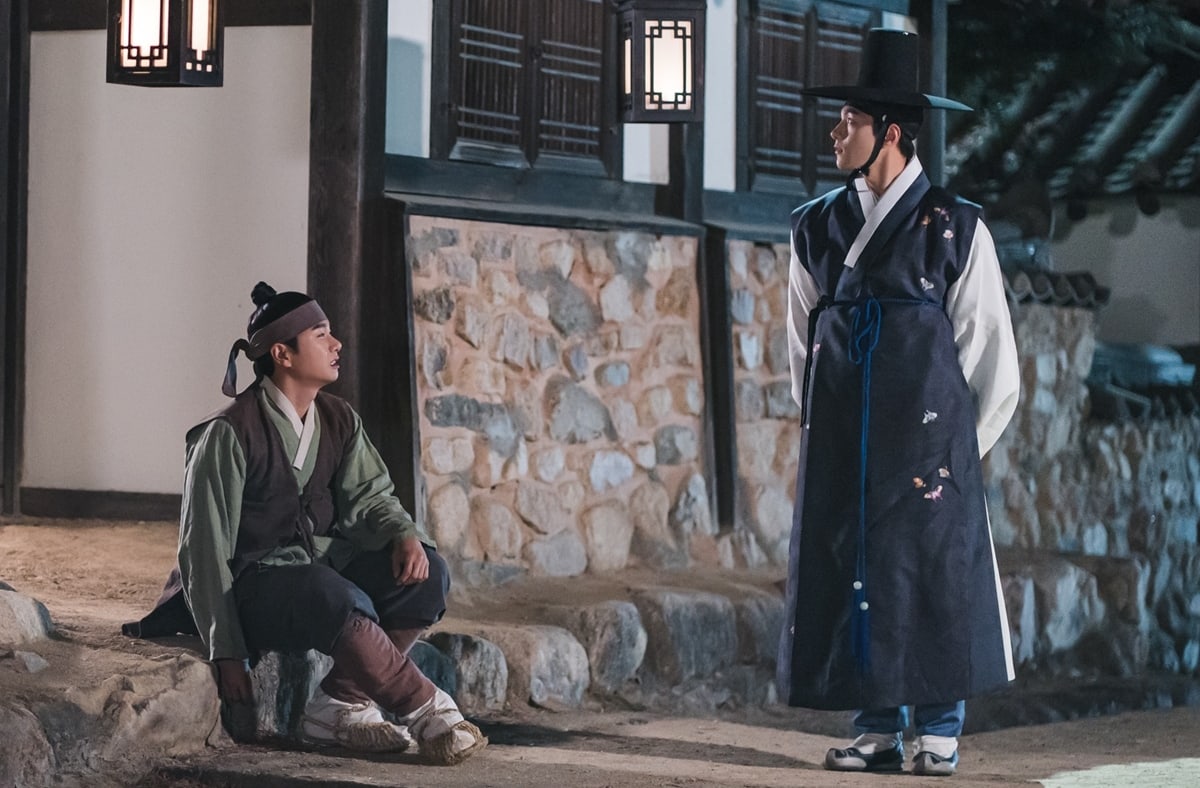 At last, the pair find one another, and Hong Da In gazes fondly into Sung Yi Kyum’s eyes as he gently holds her shoulders. Fans are looking forward to seeing how their partnership will change as they grow closer to each other. 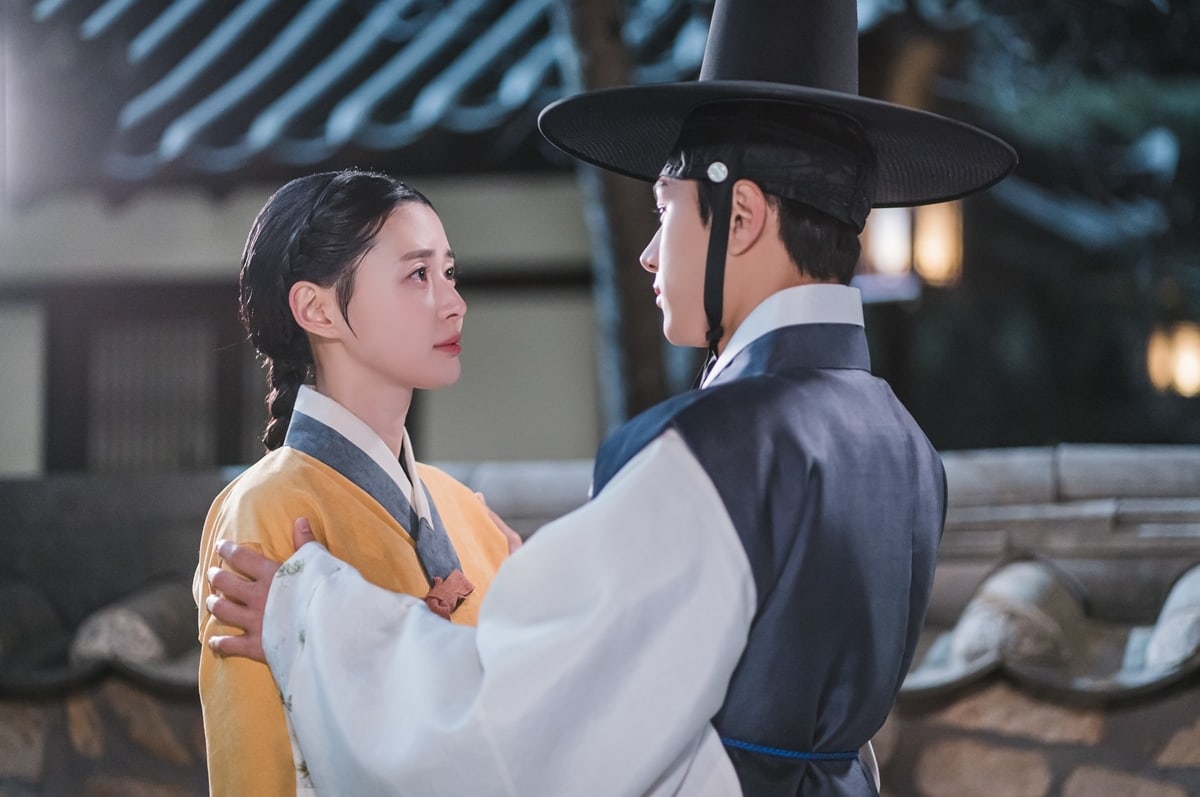