Park Eun Suk Opens Up About His History, Talks About Being Cast For “The Penthouse,” And More

Park Eun Suk revealed details about “The Penthouse” and his personal life!

On the February 1 episode of “Kang Ho Dong’s Rice Power” (literal title), actor Park Eun Suk appeared as a guest and shared his life story. The show centers around the idea that food is what keeps people going, so it’s an issue when someone loses their appetite. Kang Ho Dong works on reviving someone’s appetite and therefore their zeal for life with a delicious meal and heartfelt talk.

Hosts Kang Ho Dong and Nam Chang Hee began Park Eun Suk’s segment by complimenting the actor on his good looks as soon as he set foot on set. Kang Ho Dong said, “I feel like you wouldn’t need to find your appetite. You are the hottest actor in Korea right now. Why did you come find us?” To this, the actor said, “I’ve always wanted to meet you. As the character Goo Ho Dong rose to fame, people kept comparing him to Kang Ho Dong. I’ve been a fan since I was young.”

Kang Ho Dong also asked, “I heard your older brother was sulky after you received an award?” This was in reference to Park Eun Suk receiving the Supporting Actor Award at the 2020 SBS Drama Awards. The actor replied, “I received an award, but because of the situation right now [with COVID-19], I knew in advance that I’d receive one. However, I didn’t know what kind of award it was. My mind went blank when I went up on stage. With the whole country watching, I froze. I was so nervous that I forgot to mention my brother. After video calling my mom, I called my brother too but he didn’t look so happy. So right away, I posted to my social media saying I love him.”

Uhm Ki Joon, who plays Joo Dan Tae in “The Penthouse,” made a surprise appearance through a video. He said, “There’s a rumor that Park Eun Suk actually wanted the role of Joo Dan Tae, not Goo Ho Dong. I heard you said you would’ve done a better job than I did?” Park Eun Suk responded, “Many people asked which character I would have liked to take on other than Goo Ho Dong and Logan Lee. I said that it would have been fun to act out Joo Dan Tae when I have more experience. I wanted to try a cold-hearted and chilling role. I do like characters with a bit of madness.” 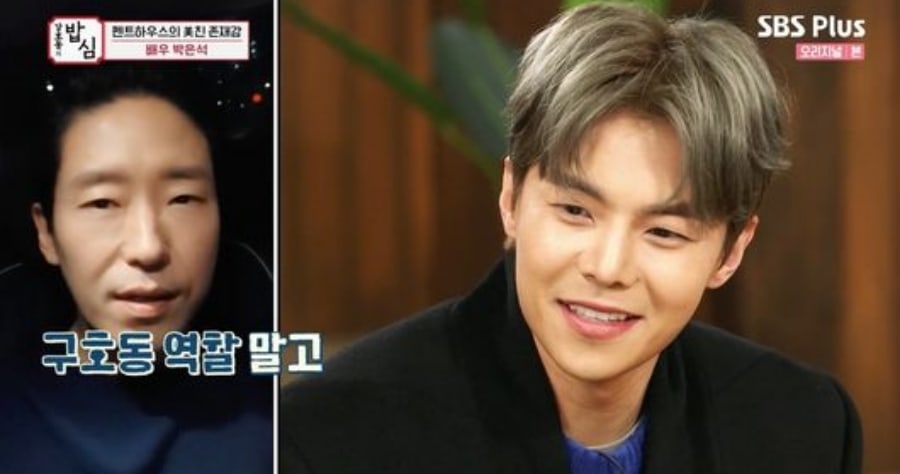 Park Eun Suk also expressed how he was jealous of Uhm Ki Joon’s several kiss scenes, saying, “There’s a rumor that he is part of the production team for ‘The Penthouse.’ I think it’s true. I even asked him if he invested in the drama. He kissed any woman that appeared…” He added, “I apologize. It was such an enviable role.”

The actor also explained the story behind his casting. He said, “At first, I was offered a different character and participated in script readings for it too. I read through six scripts but the director and writer’s reactions weren’t great.” He shared that he’d been worried he might be removed from the show, and he was called to the writer’s office the next week.

“I expected to hear bad news,” he said. “The writer said, ‘When you read the script, I felt like you were wearing someone else’s clothes.'” After he let go of the role, the writer told him of another character that would be a double role.

“I was asked if it was possible to take on a role that required me to let go of my looks, personality, and acting while being good at English and a typical son of a rich household,” said Park Eun Suk. “I had to be good at English and perform action scenes on a motorcycle, but I was able to do them all. I said, ‘Why are you only telling me about this role now?’ It turns out that it was a role that appears starting in the seventh episode.” When Nam Chang Hee asked Park Eun Suk to reveal the character that he had first been cast for, he replied, “I’ll keep that private.”

Lee Ji Ah, who plays Shim Soo Ryeon in the show, also made a surprise appearance through a video. She commented, “Park Eun Suk is a creative person. We often discuss how to express a particular scene better. You’re doing well.” 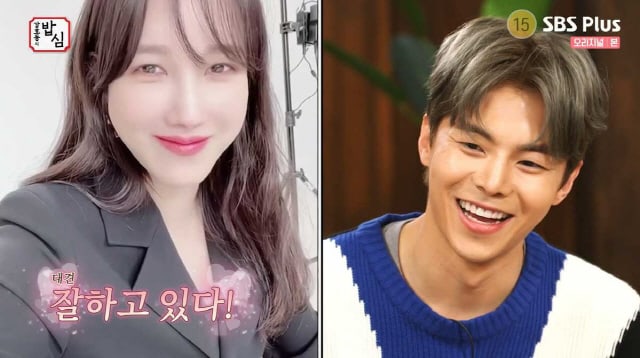 The episode also covered Park Eun Suk’s personal history. He said, “There isn’t a part-time job that I haven’t tried. I worked a variety of jobs since I was 15 years old. At a restaurant, as a waiter, bus boy, pizza delivery person, cashier, in door-to-door sales, and even snow removal when it snowed.” When asked which job was the most memorable, he answered, “A beach boy on the beachside. There were cabanas all along the water. 27 of them were my domain. I made quite a lot of money at that age, working that job. It was a lot of money for someone my age.”

With the money he earned while he was young, he bought a car. He said, “I was immature. In the United States, you could get a driver’s license when you turn 16 international age. I remember working so hard because I wanted a car so badly. I lived in an affluent community. People would get luxury cars for their 17th birthday. Most of the houses were more luxurious than the ones featured in ‘The Penthouse.’ Some even had bowling alleys inside.” 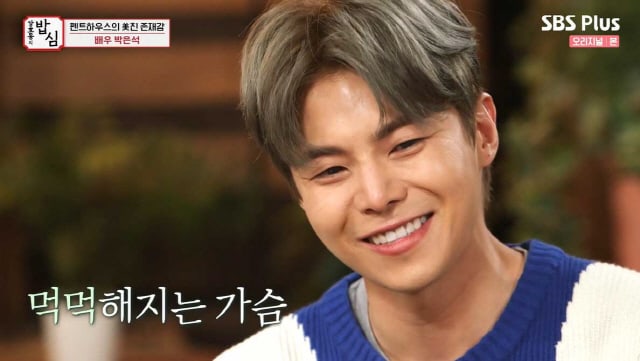 Park Eun Suk then told the story of fires that occurred when he was younger. He explained, “My mom is very good at cooking pork cutlets. Once, I wanted pork cutlets so I put oil on the stovetop. But my friend called me for a game of basketball so I went out for about three to four hours. When I came back, the kitchen was already burning. I was about to pour water on it but my older brother pushed me aside saying, ‘You’re not supposed to pour water on oil.’ We put the fire out with potted plants. If it wasn’t for my brother, I probably would have been burned. He really is my lifesaver.”

After the fire in the kitchen, another fire caused damage to the family’s house and car. This time, it happened while Park Eun Suk was trying to use an electric pencil sharpener. The Park family lived in a semi-basement apartment for two years after the fire. The actor shared, “Then, I didn’t have depression. But I kept getting into arguments with my girlfriend and friends. It felt like the world I knew had turned its back on me. I became lethargic. I lived in seclusion for about six months. My mom, maybe because she felt something, brought me a newspaper article about an acting school opening up. I didn’t take action for two weeks and then went to the school. As soon as I went on stage and was in the spotlight, I felt the blood running through my veins and I felt alive again.” 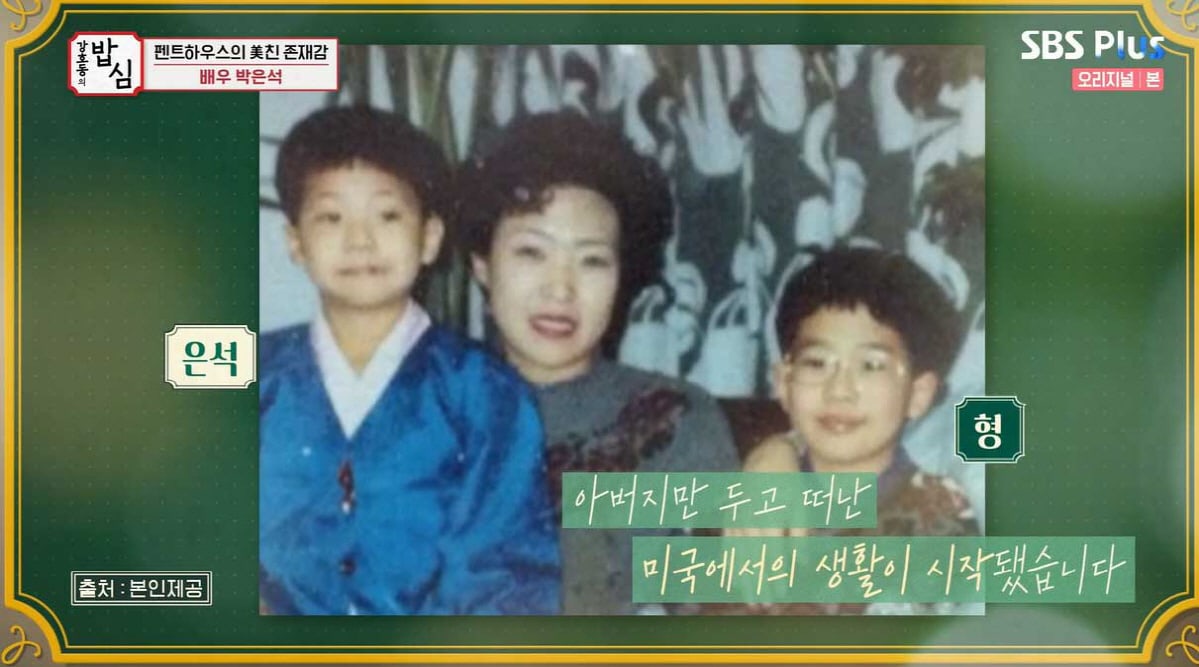 While talking about his past, the actor was brought to the verge of tears. He stated, “It’s a hurt that still remains somewhere deep in my heart. I think it must be a huge hurt for my mom as well. When I was a student, mothers would provide rides for their kids with their own cars. There were all kinds of luxury cars lined up. I never let my mother pass through the front gate because we didn’t have a luxury car. I didn’t want to hurt her feelings so I always naturally said, ‘Please drop me off here.’ I always pretended like that, but I’m sure she saw through it.” He shared that on a rainy day, his mother had kept suggesting that she take him all the way to the gate, and he’d ended up yelling at her to let him out before then. He became tearful as he looked back on how difficult that must have been for his mother, and he said it’s why he’s working hard and trying to be a good son to his parents now.

Park Eun Suk recently appeared on the MBC program “Home Alone” (“I Live Alone”), where he showed the house that he will live in with his parents when they return to Korea from the United States.

The actor said on “Kang Ho Dong’s Rice Power,” “My parents went through a lot raising us in the United States for over 30 years.” He shared that he’d told them to quit work and come to Korea so he can take care of them. “They were worried, so I showed them with my actions,” he explained. “I toured about 40 houses. On days I wasn’t on set, I was looking at houses.”

Park Eun Suk
The Penthouse
How does this article make you feel?