Song Joong Ki, Kim Tae Ri, And More Discuss Their “Space Sweepers” Characters, Why They Chose To Join The Cast, And More

The movie is set in the year 2092 and follows the crew of a space junk collector ship called The Victory. When they find a humanoid robot named Dorothy that’s also a weapon of mass destruction, they get involved in a dangerous business deal.

Originally, the film was set to premiere last summer and was postponed twice due to COVID-19. Now, the film is finally set to premiere this week on Netflix all around the globe. Director Jo Sung Hee said, “I don’t feel disappointed but rather just excited and thankful. Since this movie can now be seen across the world in many different countries, I hope viewers globally are able to think, ‘They’re making a wide variety of movies in Korea.'”

Kim Tae Ri shared, “As a member of the audience, I enjoy the movie theater so there is a disappointing aspect. However, I’m happy that we get to greet viewers through Netflix.” Laughing, she continued, “A request I have is that you turn up the volume lots so you can view it loudly like in a movie theater. Then I think it will be realistic and you’ll enjoy it more.”

The director spoke about the film’s origin story, sharing, “’10 years ago, I first heard about space junk from a friend. That’s when I started writing the script of ‘Space Sweepers’ and I’ve been adding ideas little by little to create this movie. Compared to other movies, there was more I had to prepare starting from the free production stage. On set, the actors, staff members, and I all had to use our imaginations. There were difficult aspects but I worked on filming while looking forward to it.”

Song Joong Ki has previously worked with Jo Sung Hee on the 2012 film “A Werewolf Boy.” The actor commented, “When we were filming ‘A Werewolf Boy,’ he said he was preparing for a movie like this. Back then, I just vaguely thought, ‘That sounds fun.'”

He continued, “10 years later, he suggested it to me. When he gave me the script, I thought to myself, ‘I have to do this,’ and then I began reading. I remember the story being different back then. However, it’s still true that it was shocking and novel.” 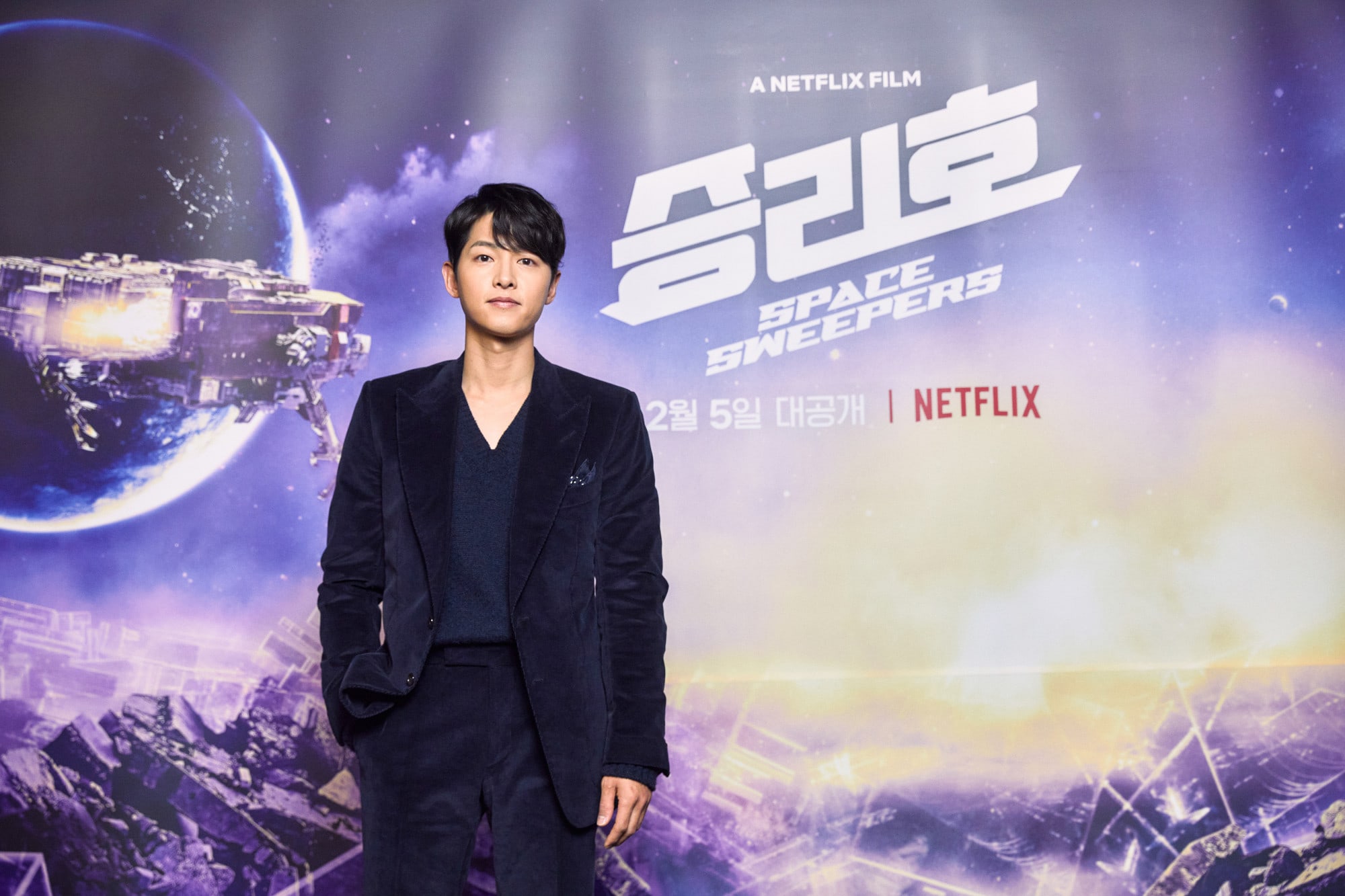 In the film, Song Joong Ki plays Kim Tae Ho, the pilot of The Victory. He commented, “When I saw the script and was introduced to the character of Tae Ho, my first thought was ‘desperation.’ I began filming thinking that he was a character who had put aside everything in his life, had no thoughts, and was in a rut.”

Song Joong Ki added, “My personal feelings were similar when I was portraying Tae Ho. Tae Ho had gone through many ups and downs and was feeling desperate but I thought of him as someone who, after meeting his crew, was able to grab the threads of his life while gaining courage and determination.”

Kim Tae Ri told the story of why she chose to star in “Space Sweepers,” sharing, “The script was great but they thankfully had also called on me. The director showed me many different images. He had prepared so much. I felt that he had a lot of affection for this project so I felt confident.” 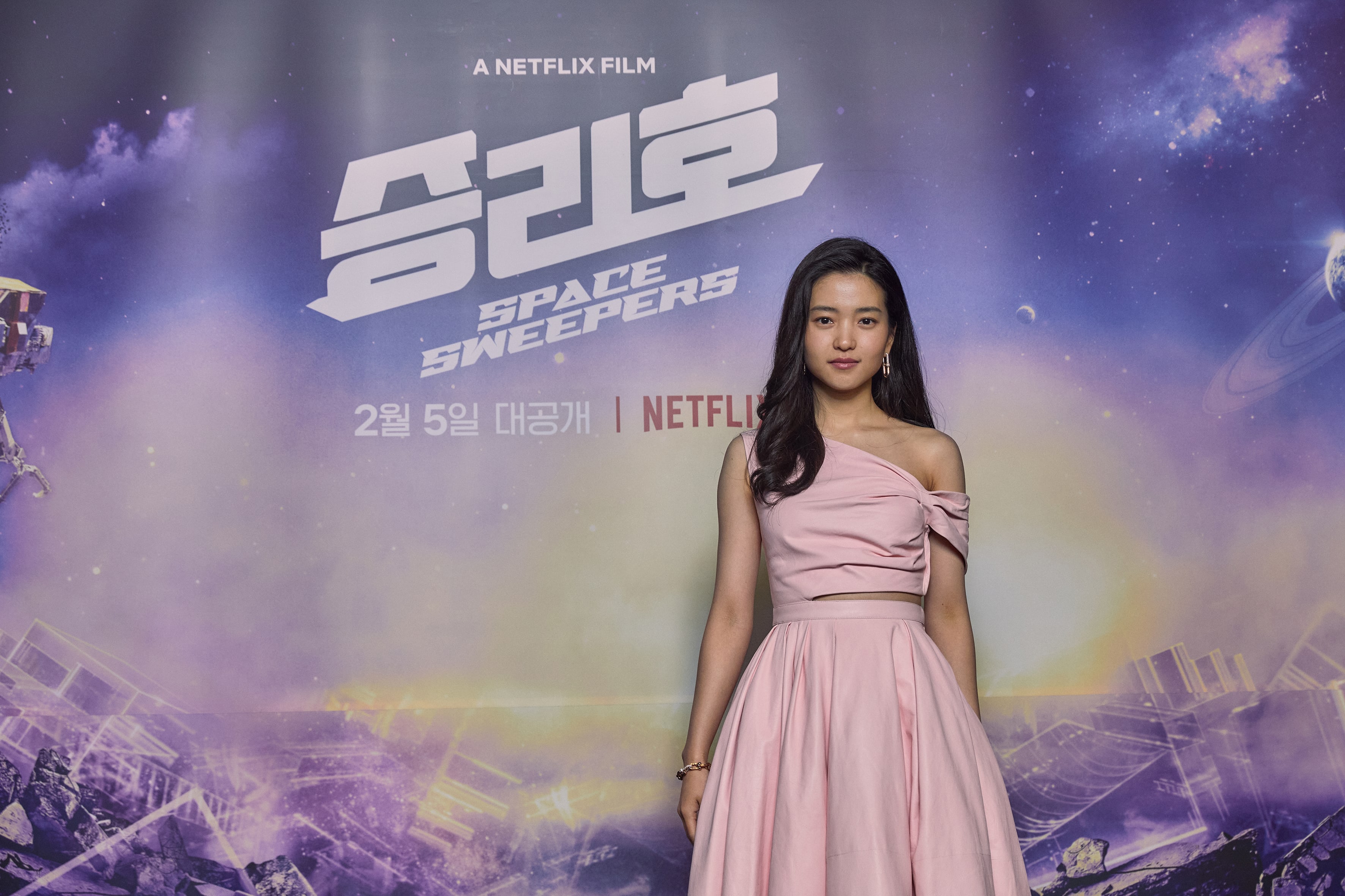 Regarding her character Captain Jang, Kim Tae Ri commented, “I don’t think she’s like me at all. When the ‘Space Sweepers’ teasers were released, I saw comments that I looked cool. That’s why I texted it to a few people. I think I have a kind of unorganized charm. On the other hand, Captain Jang is charismatic. There’s a scene where she screams at the three crew members and it was thrilling. I was able to work hard because my seniors were so good to me.”

Jin Sun Kyu revealed that he was 120 percent satisfied with his character, explaining that he’d looked bulkier in the movie than he’d thought. “His warm heart is also evident,” he said. 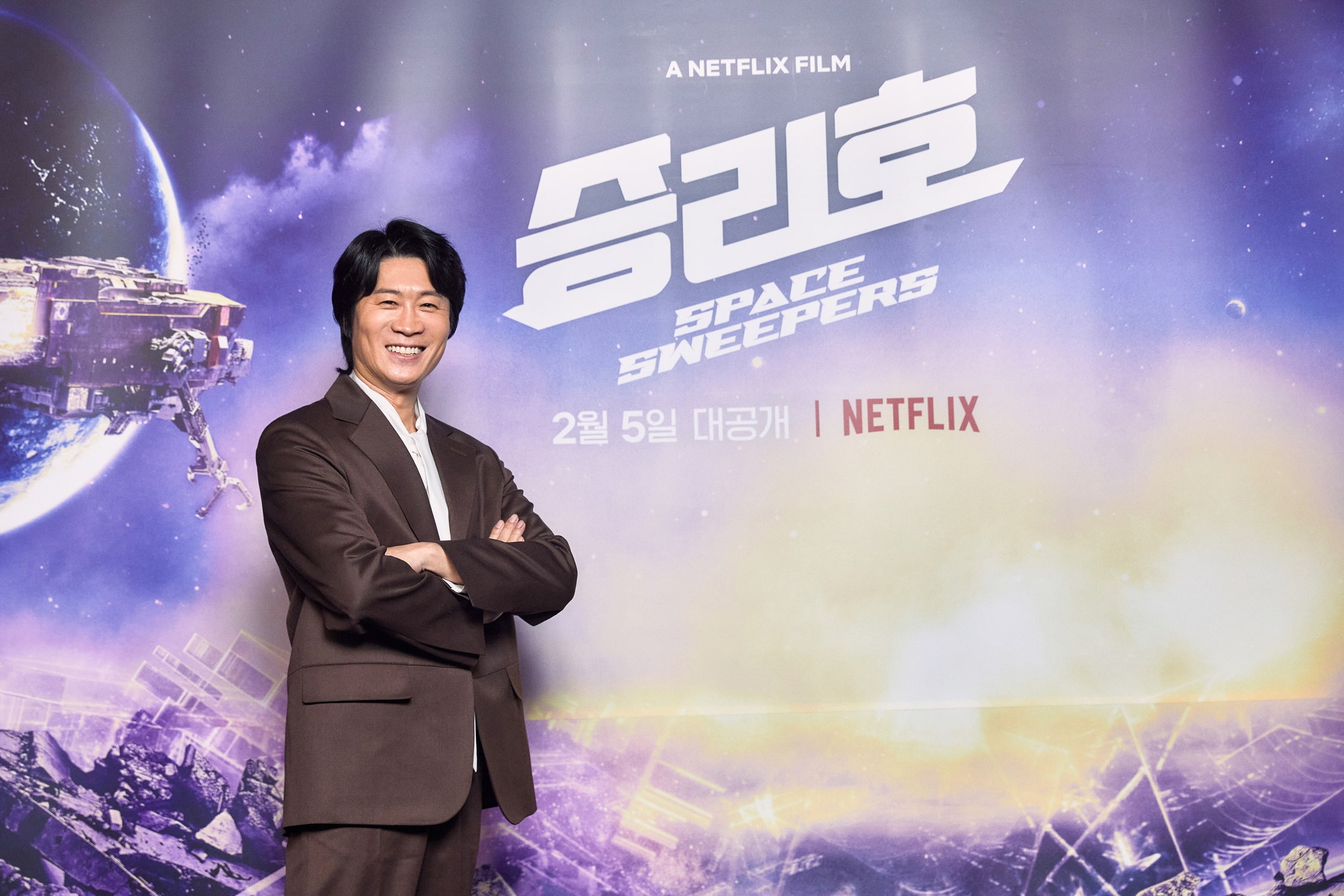 Yoo Hae Jin portrays a robot in the film, of which he commented, “It was truly a new experience. I was curious to see how it would come out. Although it was a new experience for me, those who worked with me had a hard time. Due to the technical problems, they filmed both with me and without me. That’s why I think there were definitely some difficulties.” 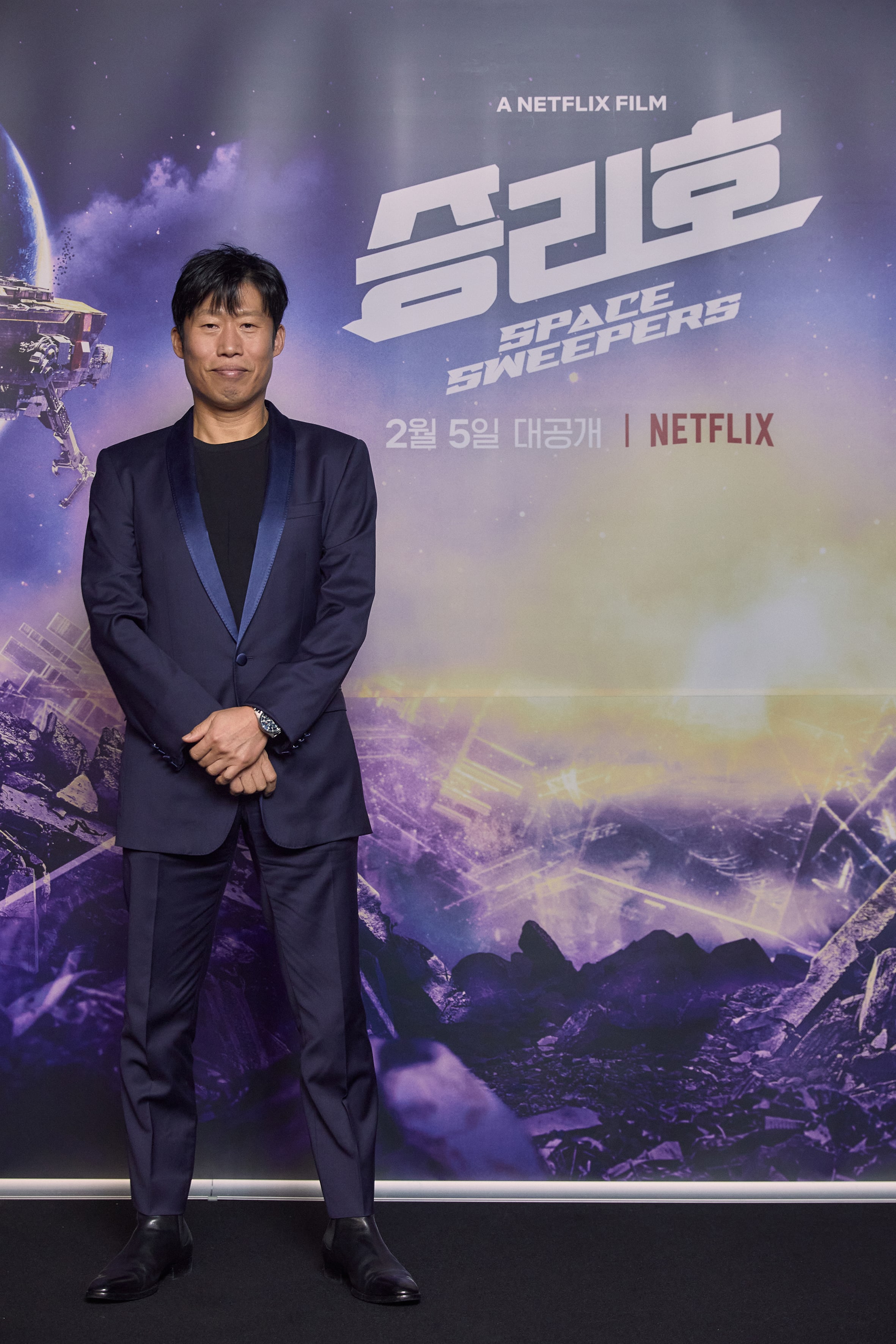 “Space Sweepers” has been coined Korea’s very first space sci-fi blockbuster. Song Joong Ki commented on this feat sharing, “I think that Director Jo Sung Hee probably feels the most pressure. Although he probably doesn’t want to feel pressured like a national athlete, I do think he feels pressured. I feel the opposite. I feel more excited and am looking forward to more things. I feel as if I’ve become a kid.”

“Space Sweepers” premieres on February 5, and you can check out a trailer here.

Watch Song Joong Ki in “A Werewolf Boy” below!