In the new main poster, Woo Soo Han stretches out his long legs and easily holds up Yoo Da Hee in his two arms. Although he appears serious, Woo Soo Han has a hint of mischievousness in his expression. Yoo Da Hee also looks comfortable as she maneuvers one leg over Woo Soo Han’s shoulder and skillfully aims her gun with one hand. Like their relationship, their pose seems to imply that Woo Soo Han and Yoo Da Hee are an awkward but unexpectedly good fit. 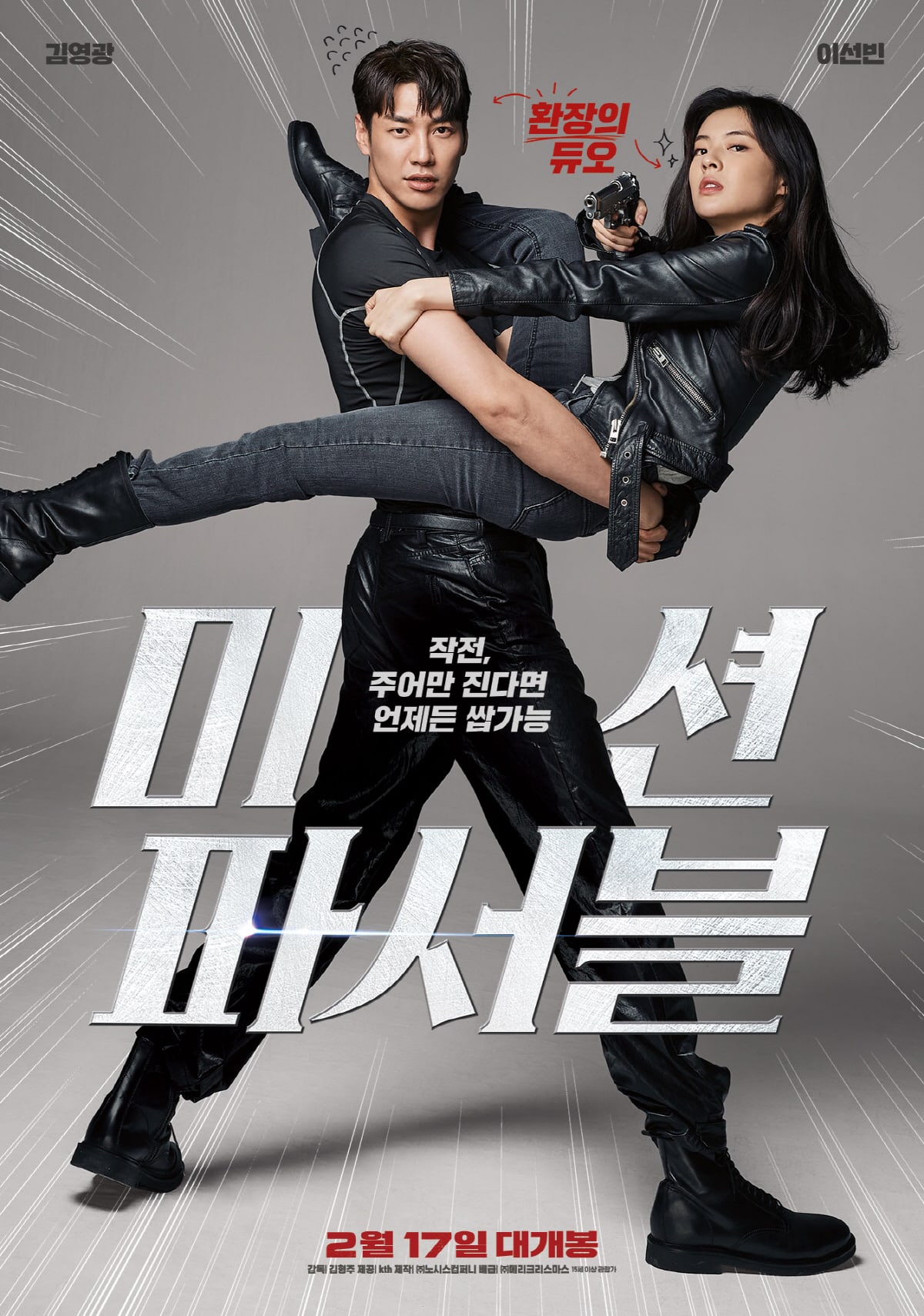 Along with their intricate pose, the text on the poster reads, “Operation, as long as it’s given, we’re available anytime.” Viewers are curious to find out how the “crazy duo” with different goals will make an impossible mission possible.

Kim Young Kwang, who will play a character of a lifetime through this film, and Lee Sun Bin, who’s known for being great at both comedy and action, are expected to showcase a hilarious chemistry. The addition of the high quality action scenes and a tense atmosphere to the comedy spy film will have viewers even more hooked to the upcoming movie.

“MISSION: POSSIBLE” premieres on February 17. Watch a trailer for the film here!