In the previous episode, governor Byun Hak Soo (Jang Won Young) attempted to get revenge against Kang Soon Ae (Jo Soo Min), who refused to go to bed with him, and Sung Yi Bum (Lee Tae Hwan), who ran away with her. Sung Yi Kyum feared for his brother’s life and decided to go on a dangerous journey to save both him and Kang Soon Ae.

Newly released stills show the secret royal inspector team planning a new operation to rescue Kang Soon Ae, who is tied up with other slaves. Sung Yi Kyum looks speechless at the whole situation, while Hong Da In seems nervous about what they’re about to do. In the preview, Sung Yi Kyum announced he would buy all the slaves, and viewers are eager to find out the extensive plan he has up his sleeve. 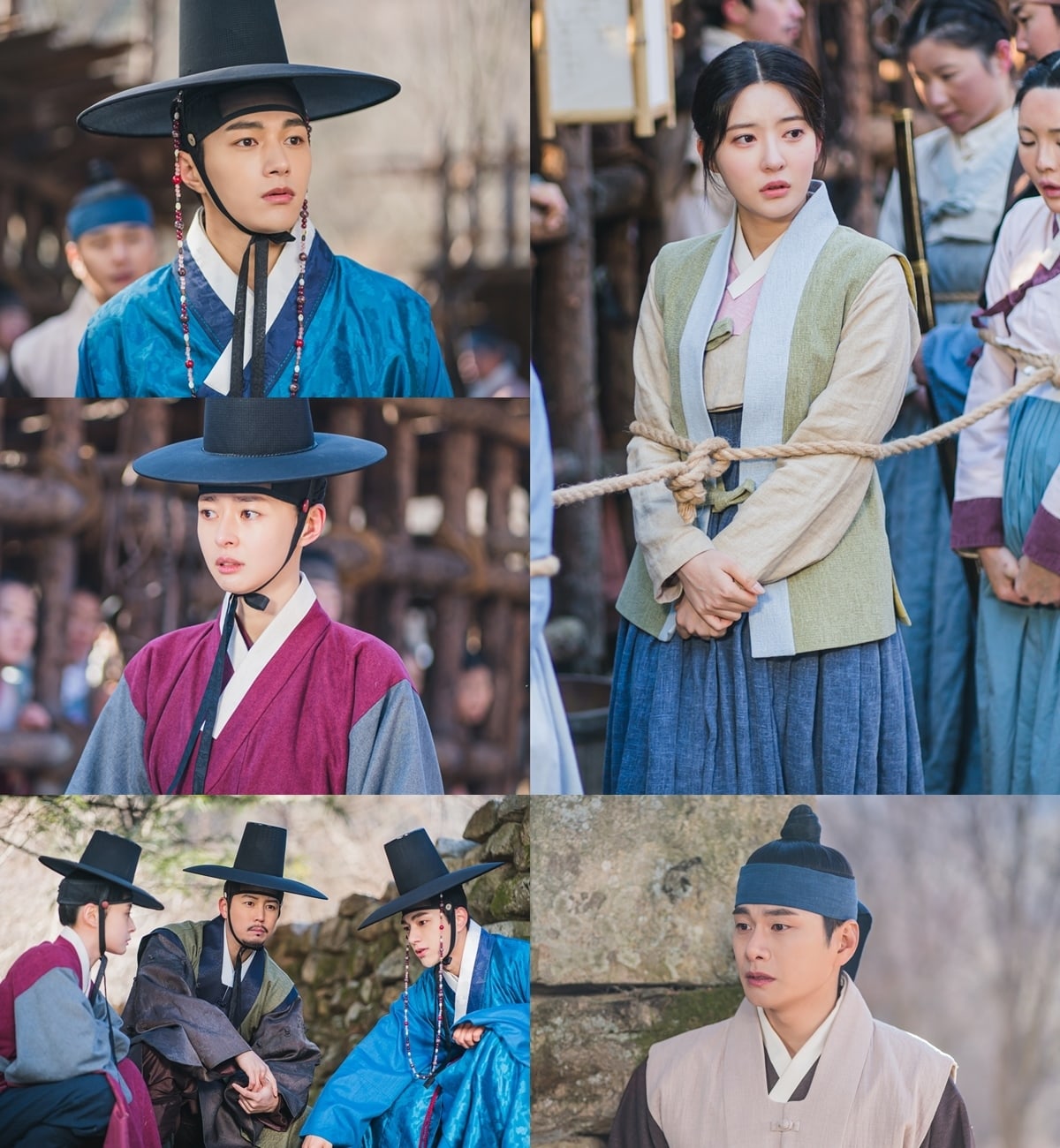