JTBC has shared a new glimpse of its upcoming drama “Beyond Evil”!

“Beyond Evil” is a psychological thriller about two men who are willing to break rules and the law in their pursuit of a serial killer. As they attempt to track down the murderer, they must repeatedly ask themselves, “Who is the monster? Is it you? Is it me? Is it us?”

Yeo Jin Goo will star in the drama as Han Joo Won, a highly capable detective who seems to have everything going for him, but harbors a hidden secret. He ends up transferring to the local police station in the quiet village of Manyang, where former detective Lee Dong Shik (played by Shin Ha Kyun) has been demoted to doing menial work.

In the newly released stills from the upcoming drama, Han Joo Won’s sudden arrival in Manyang has the entire police station on edge, with all of the cops immediately wary of the elite newcomer’s every move.

However, the once-peaceful station soon faces bigger problems when a shocking incident turns the village upside down. Han Joo Won, who gazes cautiously at a stunned Lee Dong Shik in one of the photos, eventually teams up with the unpredictable cop to chase after the truth in Manyang, where no one can be trusted. 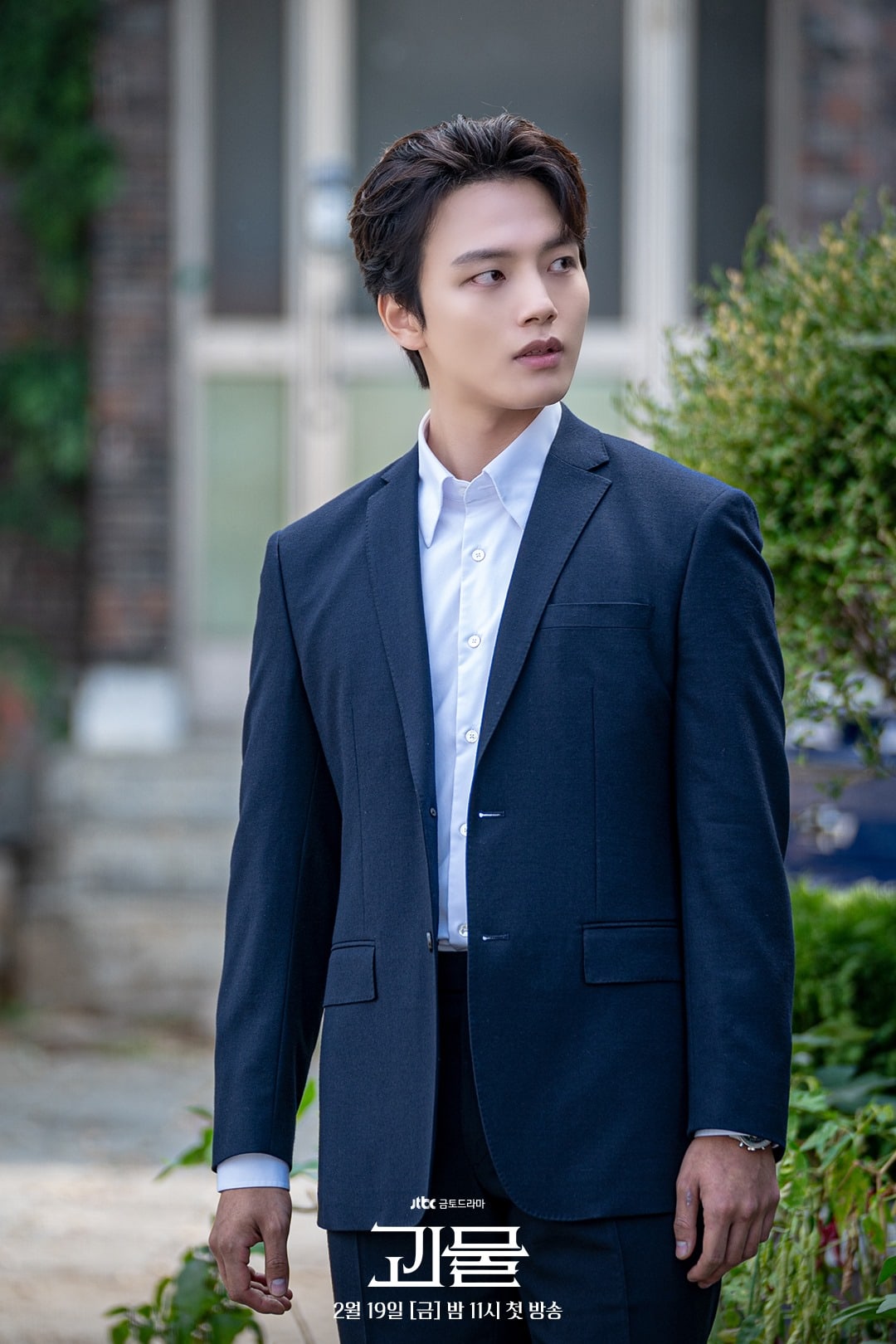 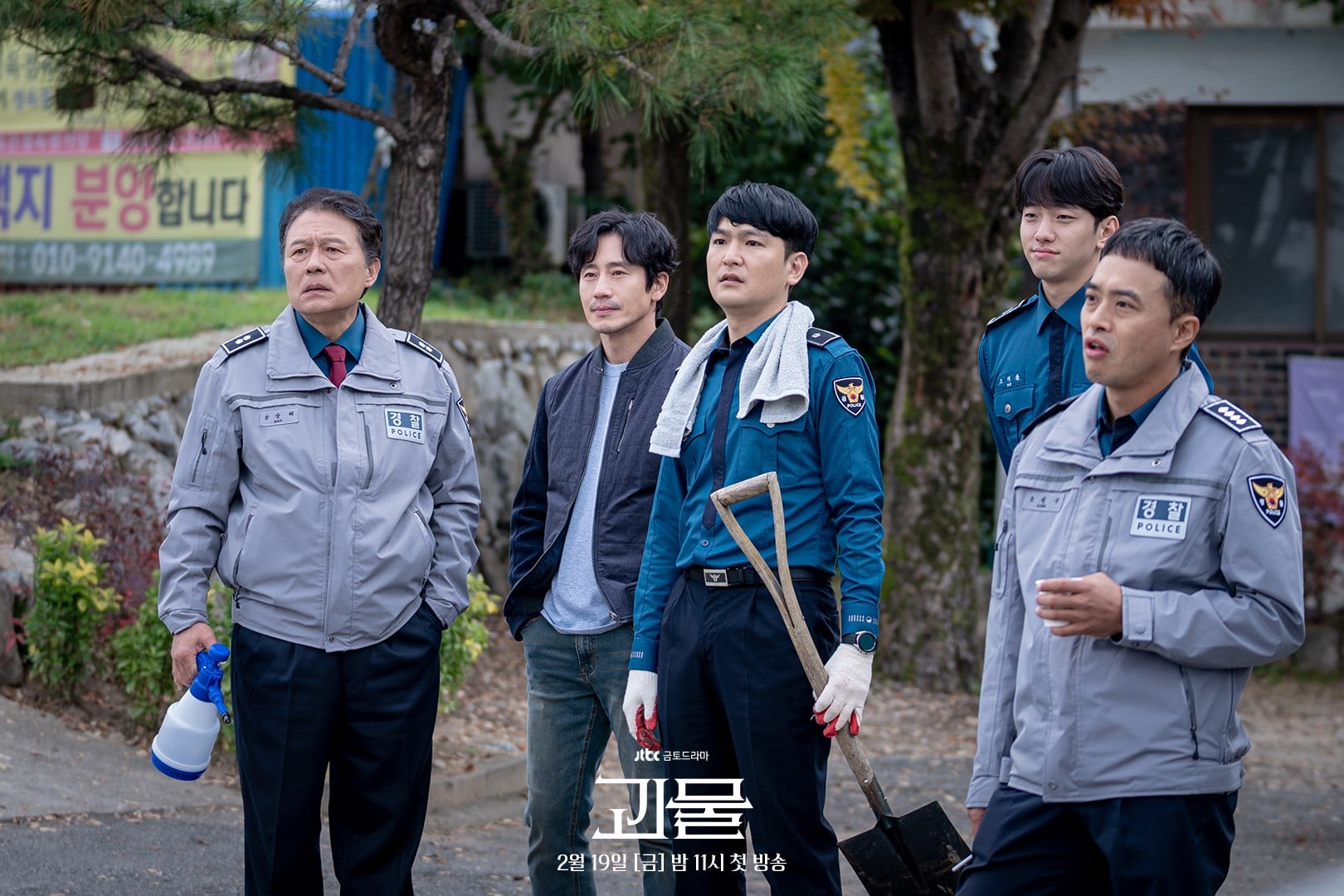 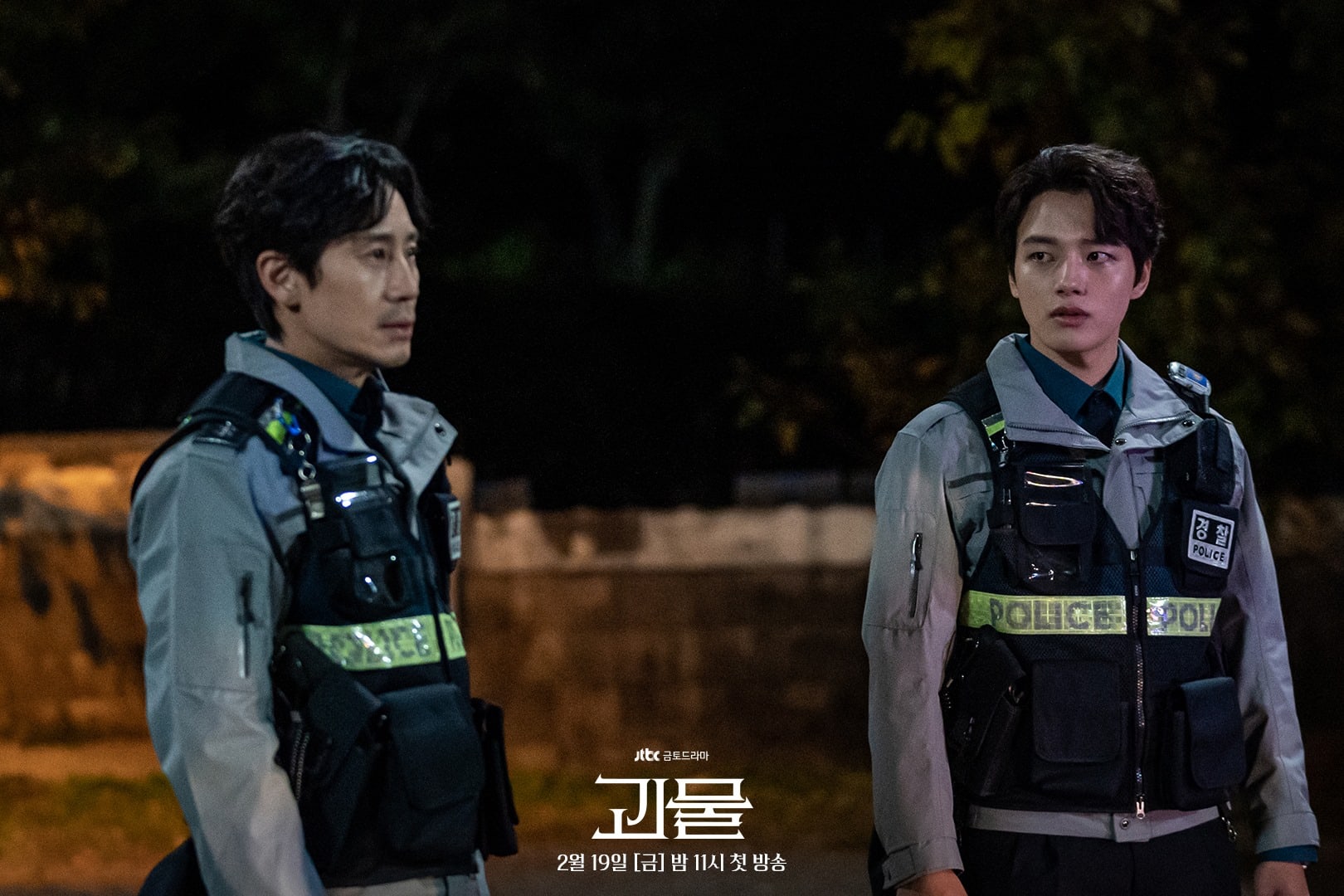 Joining Yeo Jin Goo and Shin Ha Kyun at the Manyang police station is a talented cast of supporting actors—veteran actor Chun Ho Jin will lead the “Manyang police squad” as chief Nam Sang Bae, who is on the verge of retirement.

Son Sang Gyu will play Jo Gil Goo, who is always eager to get off work as quickly as possible, while Baek Sung Kwang will play Hwang Kwang Young, who is gunning for a promotion. Finally, Nam Yoon Soo will play the station’s youngest cop Oh Ji Hoon, who always greets everyone with a friendly smile.

Expressing confidence in their teamwork, Shin Ha Kyun commented, “The Manyang police station members have amazing chemistry and work really well together. Viewers will be able to see the actors’ hidden strength.”

Yeo Jin Goo agreed, “Our chemistry and teamwork is so good that it makes us mistakenly feel like there’s actually a Manyang police station somewhere out there. I think viewers will be able to lose themselves in the world of the drama.” 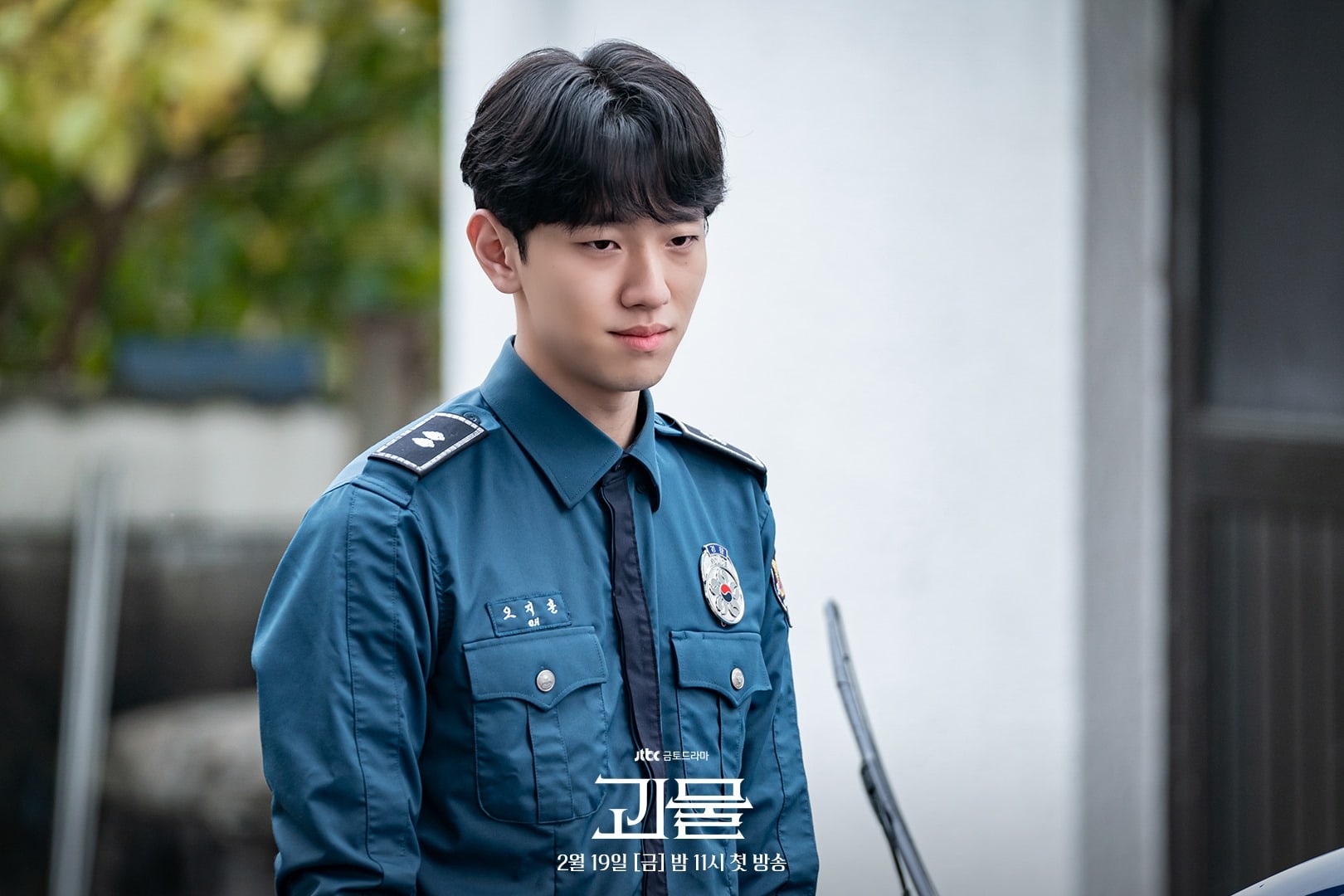 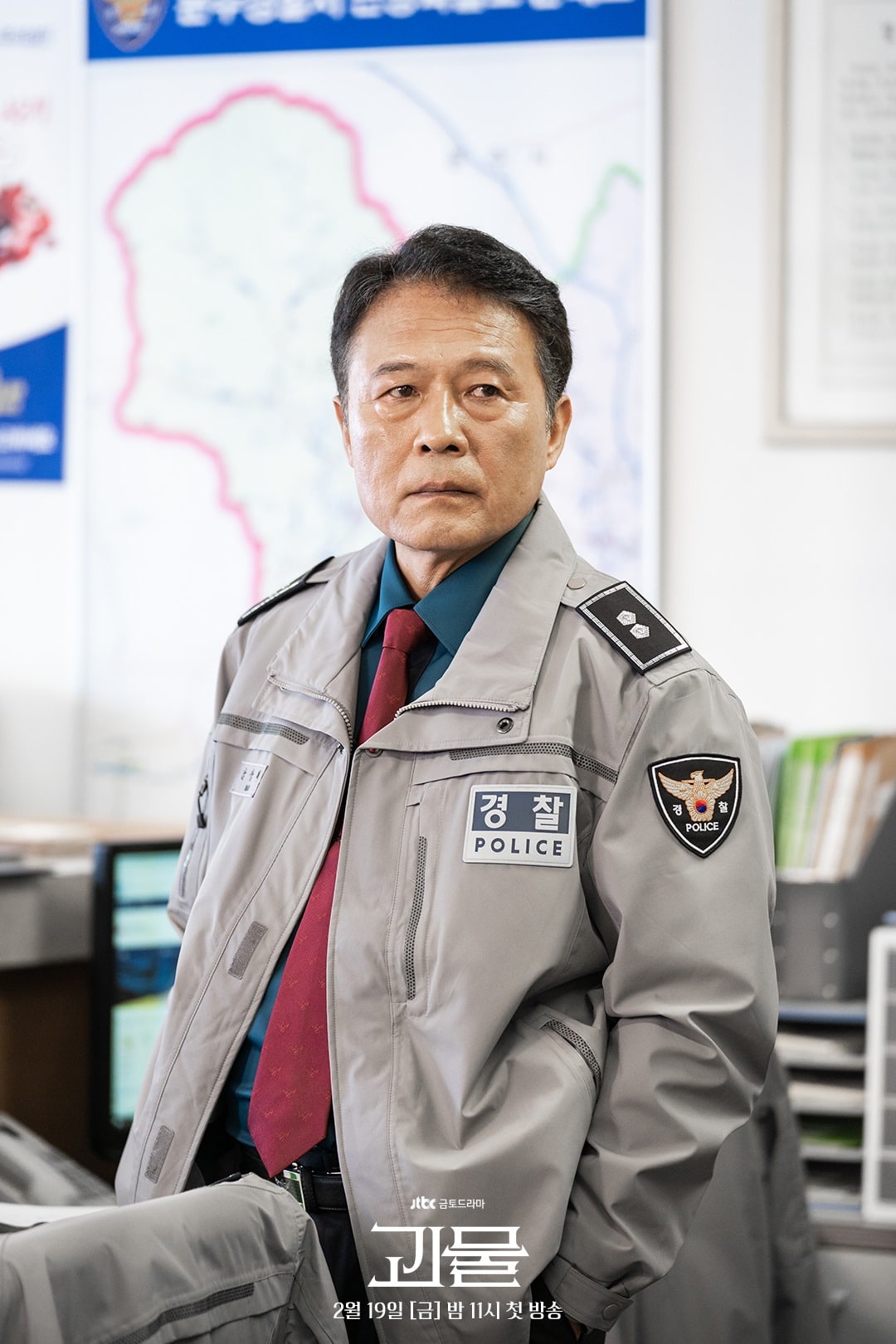 “Beyond Evil” will premiere on February 19 at 11 p.m. KST. Check out a teaser for the drama here!