tvN’s “True Beauty” has released a statement of apology for a group photo that has gained controversy online.

On February 5, Cha Eun Woo shared a group photo of the cast and crew of the drama on social media with the message, “To the staff, cast, and crew of ‘True Beauty,’ you all worked hard.” Soon afterward, people began to criticize the large number of people gathered close together in the photo with most of the people not wearing masks at a time when masking and social distancing guidelines are part of the protocol for COVID-19 prevention in South Korea. 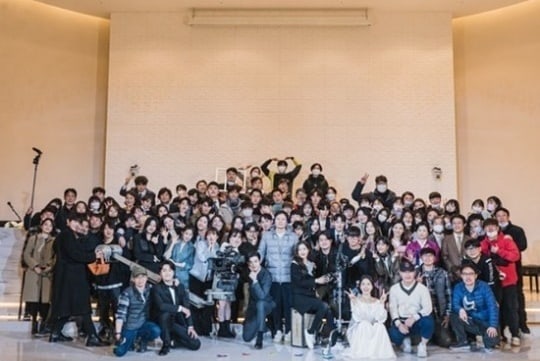 On February 7, the production staff of “True Beauty” issued the following statement.

We apologize for causing many people concern due to the staff group photo taken after the end of filming.

During the filming of “True Beauty,” we strictly followed the rules on preventing infection transmission and were able to finish filming safely. However, we ended up causing people concern with the photo taken to commemorate the end of filming where we temporarily took off our masks.

We will do our best to create a safe set in which there is not a single moment in which we are careless about the rules.

True Beauty
How does this article make you feel?