Park Eun Suk Talks About Acting With Lee Ji Ah A Decade Before “The Penthouse,” Shares Stories From His Career, And More

On the previous episode of the show, Park Eun Suk had talked about filming “The Penthouse” as well as living with his family in the United States when he was younger. On the February 8 broadcast, Park Eun Suk continued his story, saying that when he suddenly decided to go to Korea, his mother had expressed her hope that he would go to university. He therefore went to the Seoul Institute of The Arts.

Actor Jung Il Woo went to the same school as Park Eun Suk, and he sent in a video to the show. “It’s already been 14 years since we saw each other in the first year of university; so much time has gone by,” said Jung Il Woo. “I often watch the dramas you’re in lately.” The actor added, “There’s something I’m really curious about. Toward the end of our second semester of first year, you fell off the grid. I’m curious about why that was.”

Park Eun Suk replied, “It wasn’t that I fell off the grid; Il Woo did so well [through ‘Unstoppable High Kick‘]. Il Woo was doing so well and I decided to voluntarily enlist. That’s why we lost touch.”

Park Eun Suk had permanent residency status in the United States, but he still decided to enlist for military service in Korea. He shared that while being an English tutor, he had kept auditioning for acting jobs. However, his Korean language skills were an obstacle when it came to getting roles. Eventually, his Korean teacher suggested that he enlist, and Park Eun Suk decided within a day to go to the military.

Park Eun Suk shared that during his physical exam, it was decided that he should be a public service worker instead of an active-duty soldier due to the health issues that he dealt with, including sports injuries. He said, “I’m flat-footed, have poor eyesight, and have a bit of spondylolysis.” However, Park Eun Suk had been determined and asked them to send him to the army. In the end, he’d been able to enlist as he’d wanted. 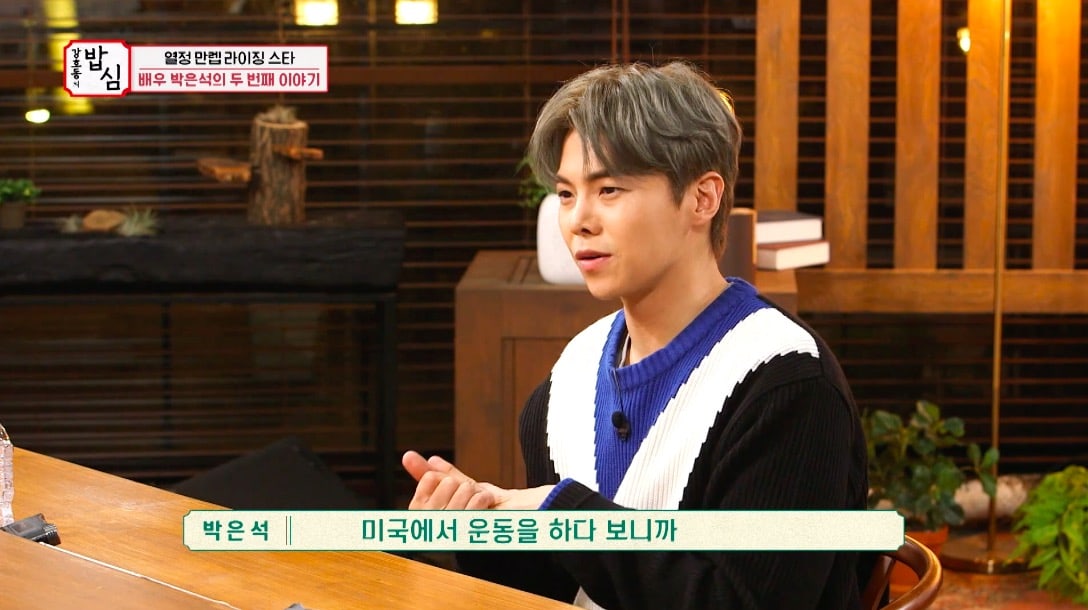 In order to make the most of his time in the military, Park Eun Suk had kept himself busy. “I aimed to fill up every moment of my time, so when others were sleeping, I’d take scripts and practise my pronunciation,” he said. He shared that he used the previous day’s newspapers to practise too, and he also worked out. While he’d found it hard to adjust to military life, he eventually got used to it and he said his Korean skills also improved.

The actor went on to say, “When I was living near Hansung University, I was an English teacher and also doing background roles, and my future seemed uncertain. But when I thought about it, Daehakro was just nearby.” Daehakro is a popular theater and performing arts district in Seoul.

“I bought a ticket and watched a show, and it was so fun,” he said. “When I saw the male lead, I thought, ‘That’s me though? I could do that well’ so I went for an audition.” He’d ended up able to take to the stage in a leading role.

Actress Seo Yi Sook also sent in a video message for Park Eun Suk, after the pair had acted together in “The Rebel.” She said, “The best thing about Eun Suk is how he precisely performs his lines.” She said, “When we were filming the drama, you broke your nose. But you didn’t let on that it hurt.”

Park Eun Suk shared that he’d been trying to grab the reins of a horse when the horse kicked him in the face. “I felt like I’d hit a cement wall,” he said. “I fainted for a moment and when I woke up, there were people standing all around.”

He continued, “I didn’t want to disrupt the filming so I pretended it didn’t hurt, but my face felt strange.” He said that the left part of his face was swollen, and he quickly filmed a shot that showed the other side of his face before going to the hospital. “However, an article came out about it. My mother contacted me,” he said.

Park Eun Suk shared that he’d gone through a slump after he was doing a lot of filming outside of Seoul for a drama while also performing on stage, having to go back and forth constantly. “After working like that without rest for six and a half years, I became overloaded and even wondered if I really want to act,” he said. “A dream can be a double-edged sword. It can be a great thing to have a dream, but I’d become a slave to that dream.” 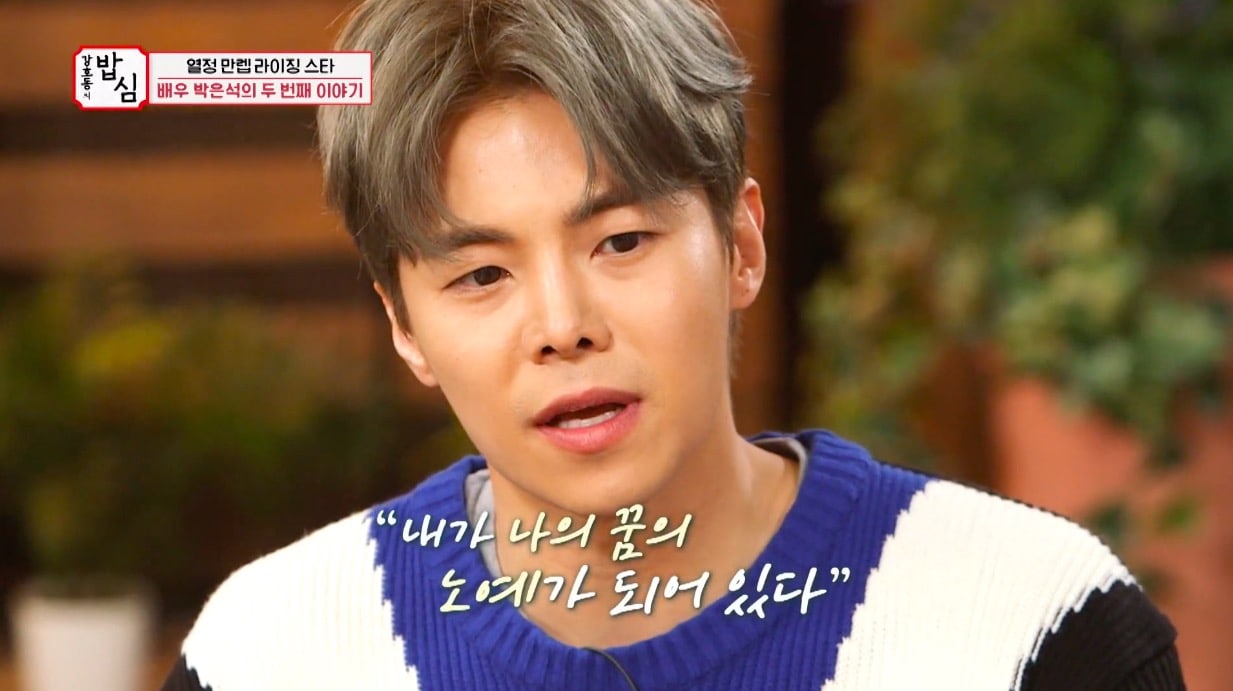 He decided to take a break and he traveled to Europe. Once he got over the slump and he returned, he gave up his United States permanent residentship so that he would have to keep working at acting and wouldn’t have a “Plan B” of just returning to the United States if it didn’t work out.

The actor also spoke about previously working with his “The Penthouse” co-star Lee Ji Ah in the 2010 drama “Athena: Goddess of War.”

“I had a minor role in ‘Athena: Goddess of War,'” he said. “That was where I first met Lee Ji Ah. I was in a scene where Cha Seung Won said to me, ‘Fire the missile’ and Lee Ji Ah said, ‘Take your hands off that laptop,’ and then I was shot and died.”

When he’s shot in the scene, fake blood pours out of his chest. Park Eun Suk shared that he’d been told that they only had one special outfit where the blood would come out, so they asked him to get the shot in one take without any bloopers. “It was my first time on television…” said Park Eun Suk, sharing that he had to make sure he felt the explosion before he fell down, as the blood wouldn’t show if he fell down first. He laughed as he told the story and said, “I was so nervous.” 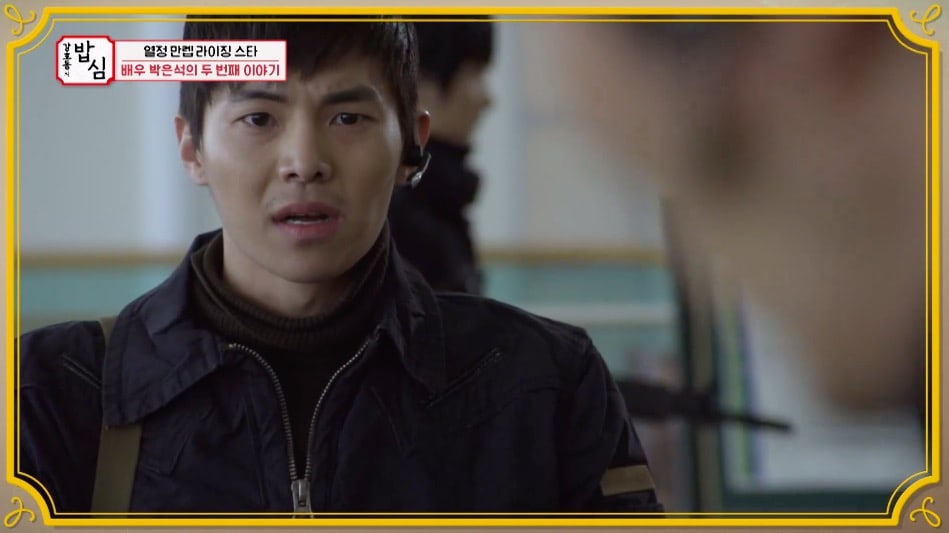 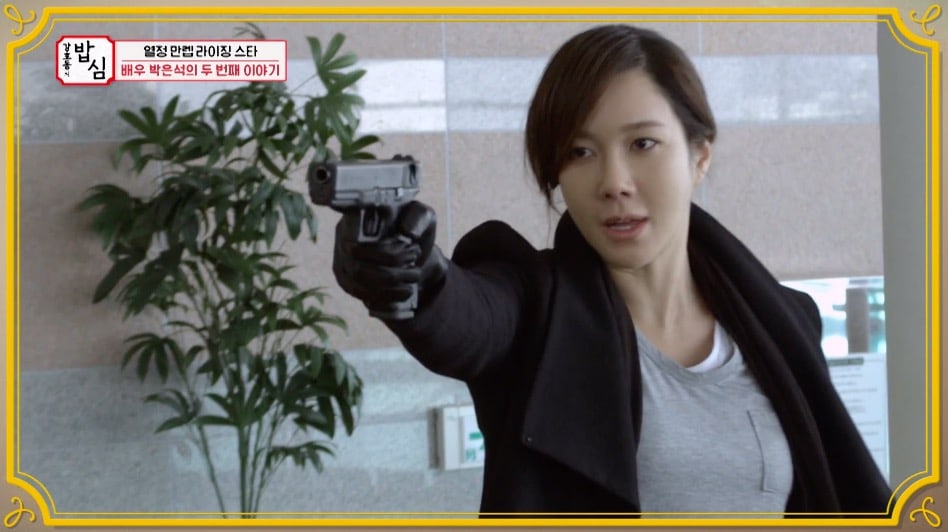 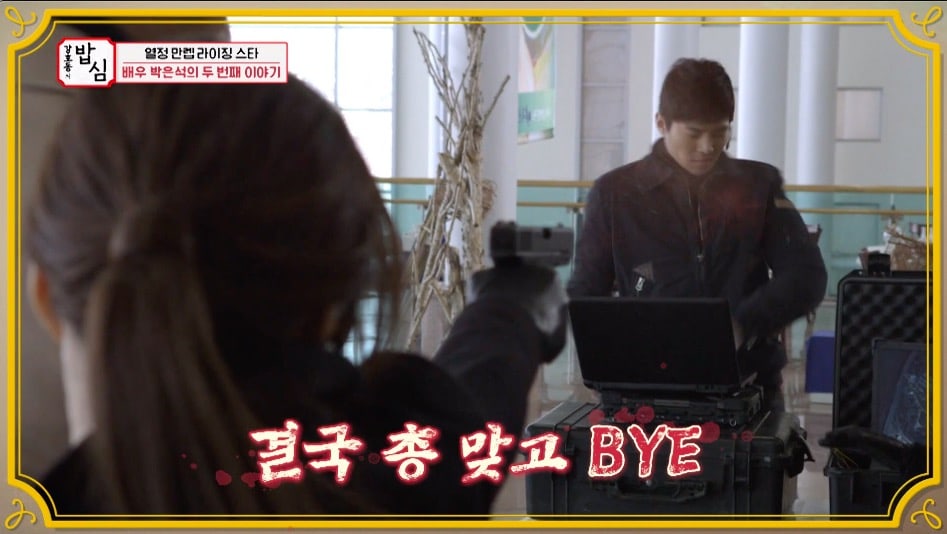 “I was shot by Lee Ji Ah then and then 11 years later she stabbed me with a pen,” he joked, referring to a scene in “The Penthouse.” 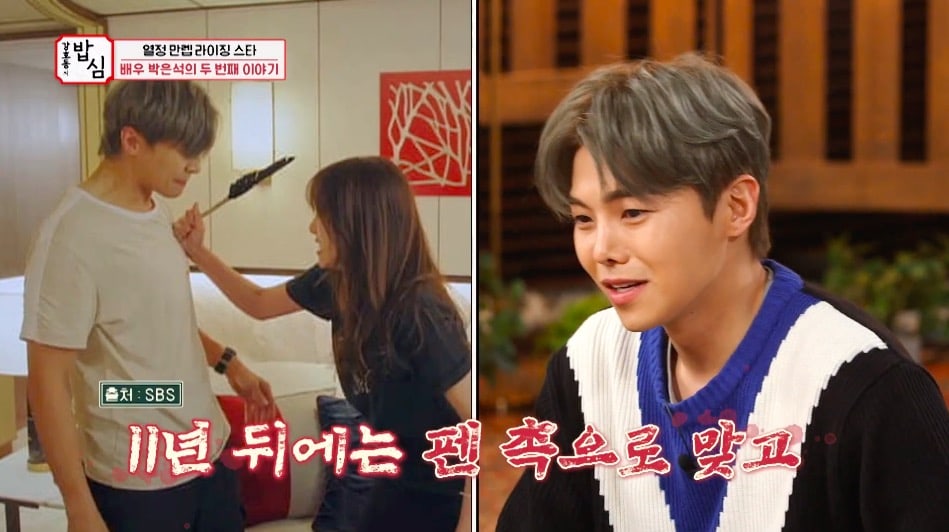 “During ‘The Penthouse,’ I asked her if she’d remembered how 11 years earlier, when I was a rookie, she’d shot and killed me,” he said. “She said, ‘I don’t remember, but that was you?'” 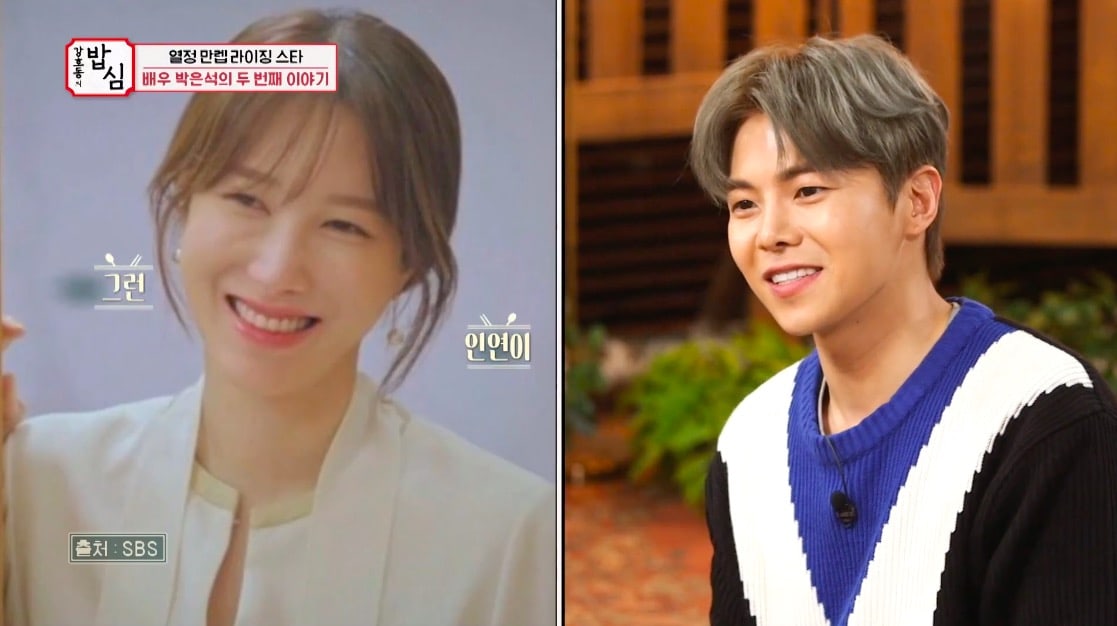