Yeo Jin Goo’s character meets the residents of Manyang in new stills from the drama “Beyond Evil.”

The JTBC drama is a psychological thriller about two men who are willing to break rules and the law in their pursuit of a serial killer. As they attempt to track down the murderer, they must repeatedly ask themselves, “Who is the monster? Is it you? Is it me? Is it us?”

Yeo Jin Goo will star in the drama as Han Joo Won, a highly capable detective who seems to have everything going for him but harbors a hidden secret. He ends up transferring to the local police station in the quiet village of Manyang. Meanwhile, former violent crimes detective Lee Dong Shik (played by Shin Ha Kyun) has been demoted to doing menial work. His life changes when he reencounters an old serial killer case that shook up his world 20 years ago.

On February 8, the show shared a look at the Manyang locals’ welcome party for Han Joo Won. While everyone else is being noisy and having a good time, Han Joo Won can’t help but show his discomfort. Meanwhile, Lee Dong Shik is the one who’s brought Han Joo Won to the party, as the boss of the newcomer. As he stares at Han Joo Won, the intense look in eyes makes it seem like he can see through him completely. Han Joo Won isn’t the type of person to let down his guard easily, and he’s arrived in an unfamiliar place where no one can be trusted. Many are curious about what he’ll do in the story as he embarks on finding the truth with his partner Lee Dong Shik, who’s known as being “more monstrous than a monster.” 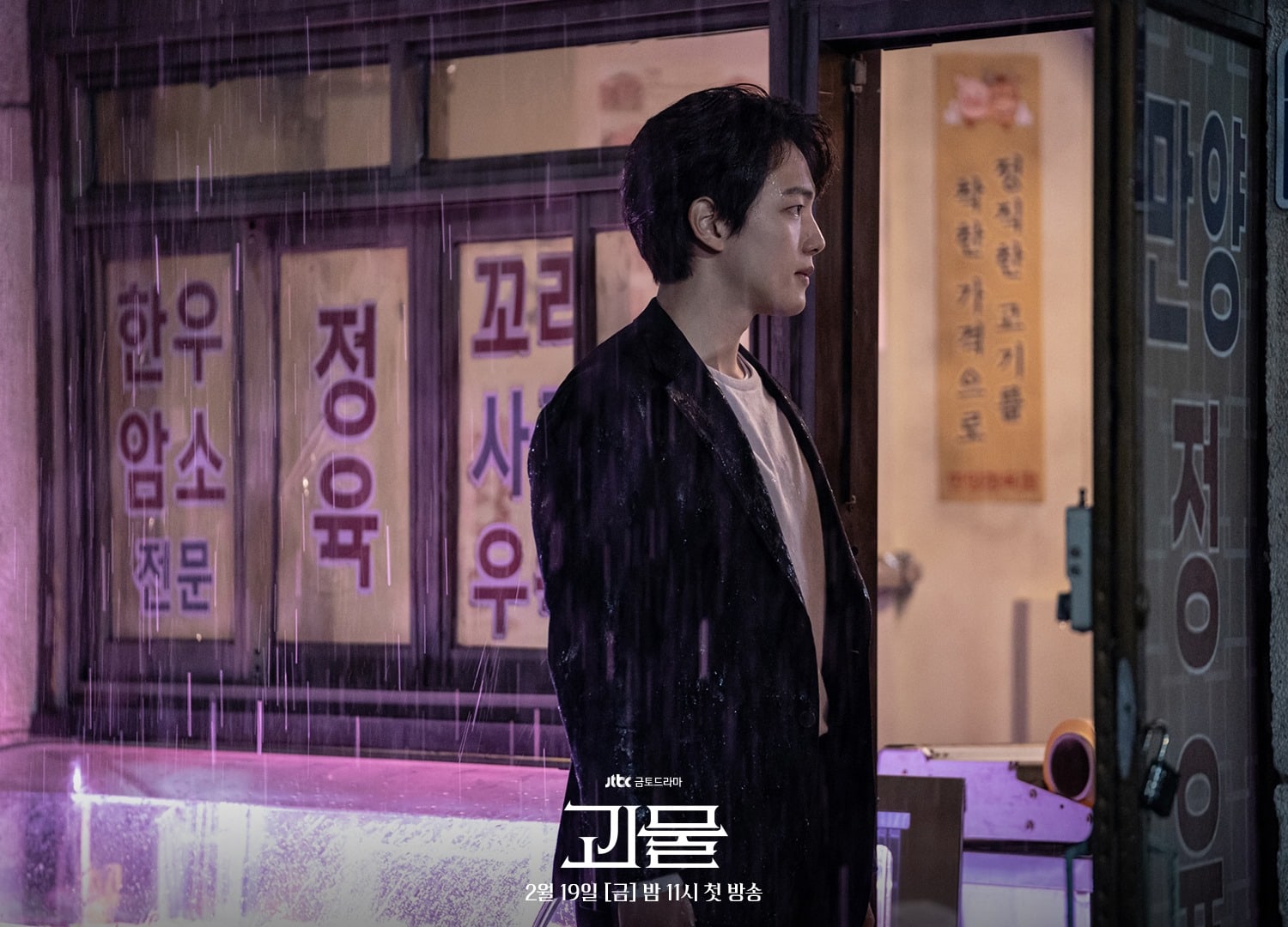 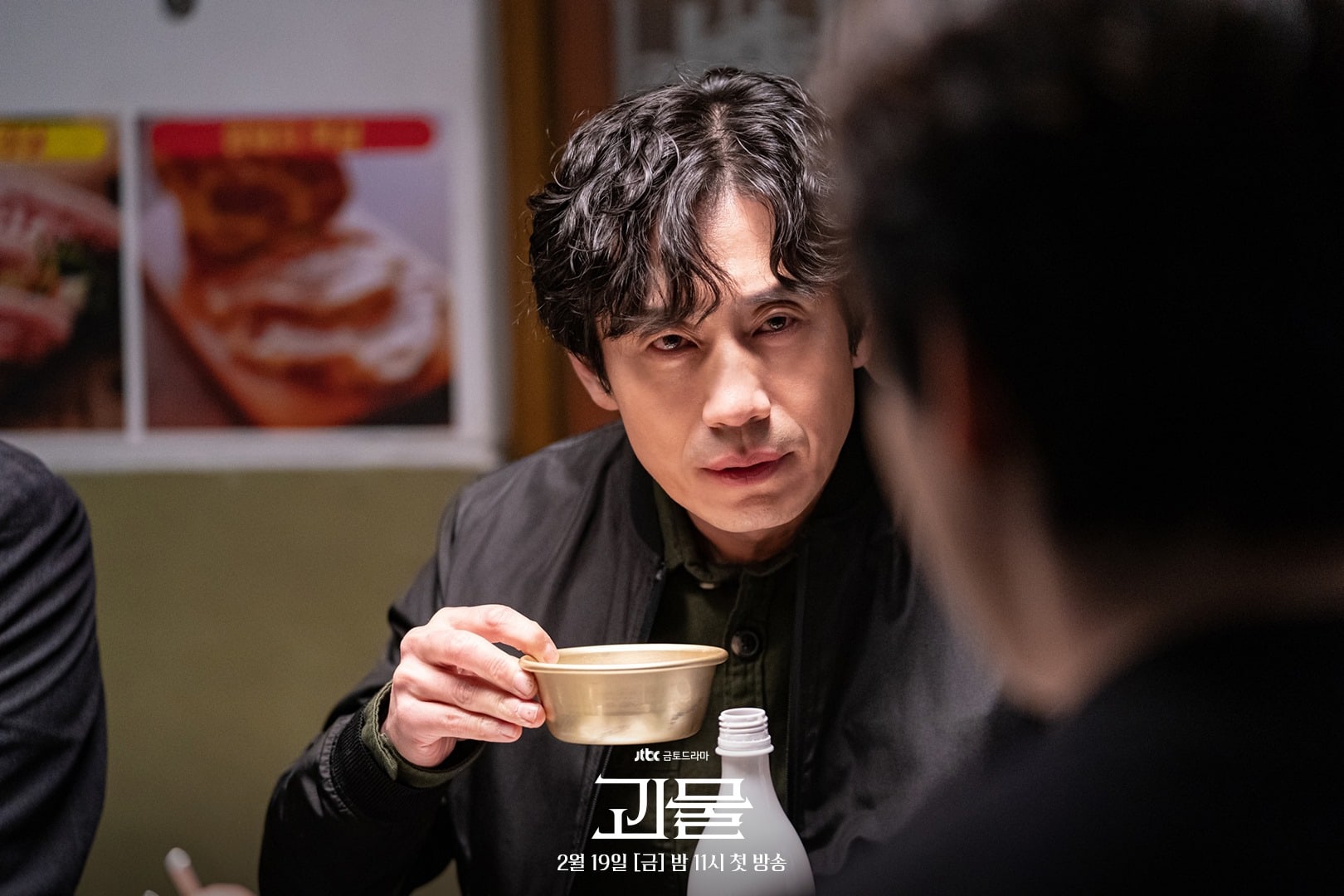 The cast of characters at the gathering includes Lee Dong Shik’s old friend Park Jung Je (played by Choi Dae Hoon), who’s a lieutenant in the investigation team at the police station in the city of Munju. He’s also the son of Munju mayoral candidate Do Hae Won (Gil Hae Yeon). Watching them is Yoo Jae Yi (Choi Sung Eun), who’s the owner of a butcher’s shop. She’s been in charge of the shop since her mother disappeared when she was young. While she may look soft-hearted, with a soft smile and her hair tied up in a loose ponytail, she’s also got a fierce side to her.

Meanwhile, Manyang’s chief constable Nam Sang Bae (Chun Ho Jin) lifts the mood at the gathering. He doesn’t have long until he reaches retirement age, and he’s the kind of nosy person who always takes care of the people that he sees as his own. He believes he’s indebted to Lee Dong Shik and he’s a reliable source of support for him. 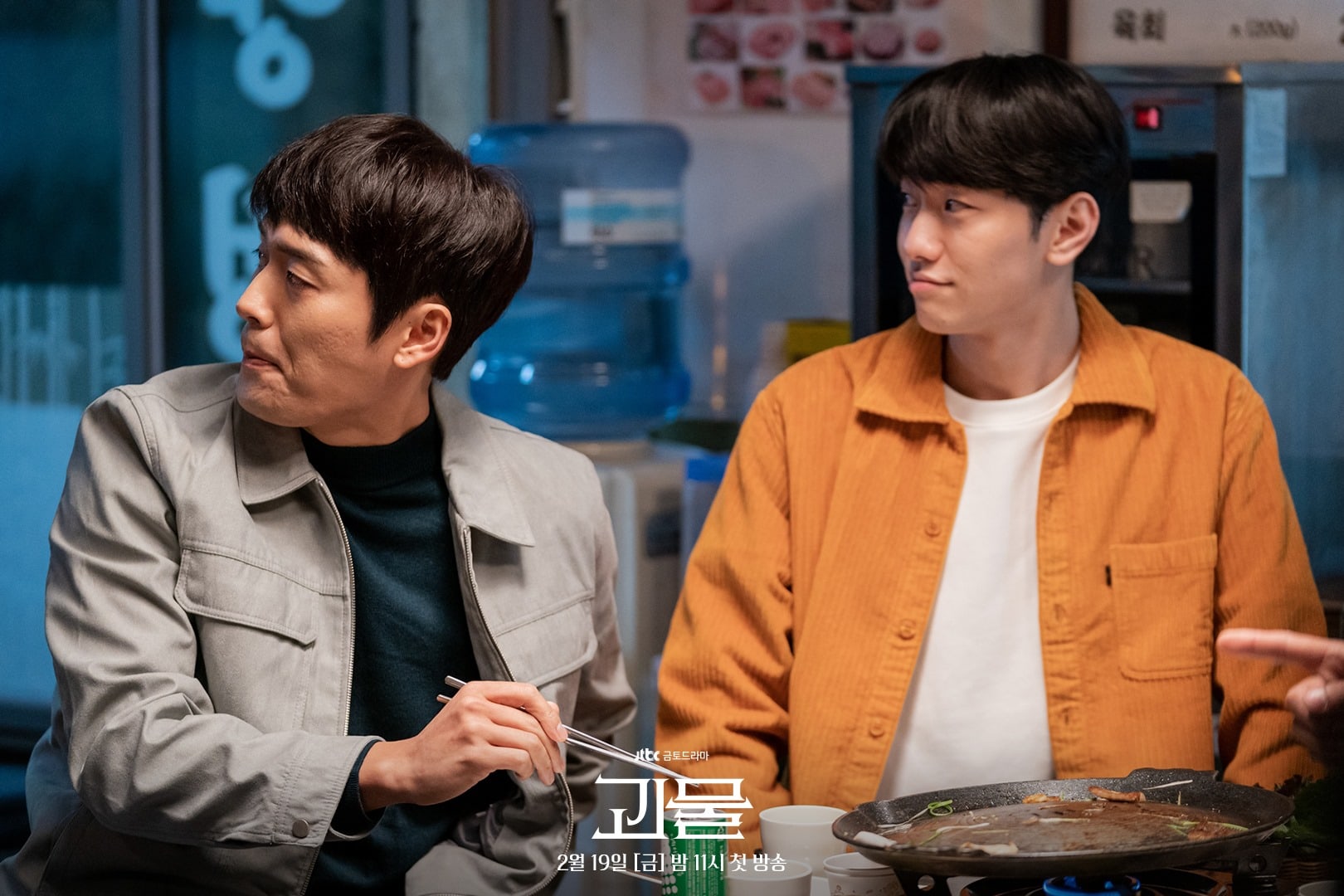 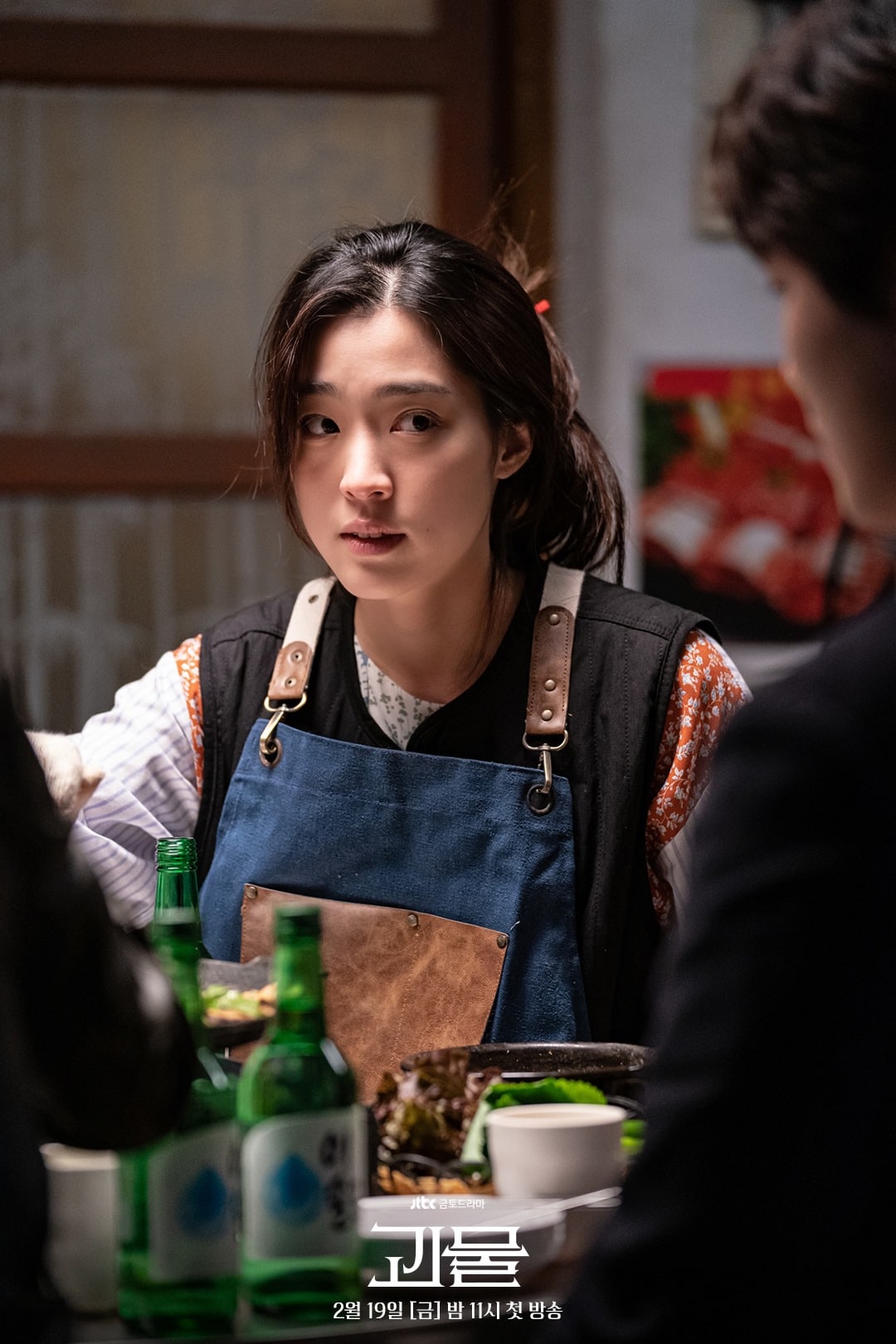 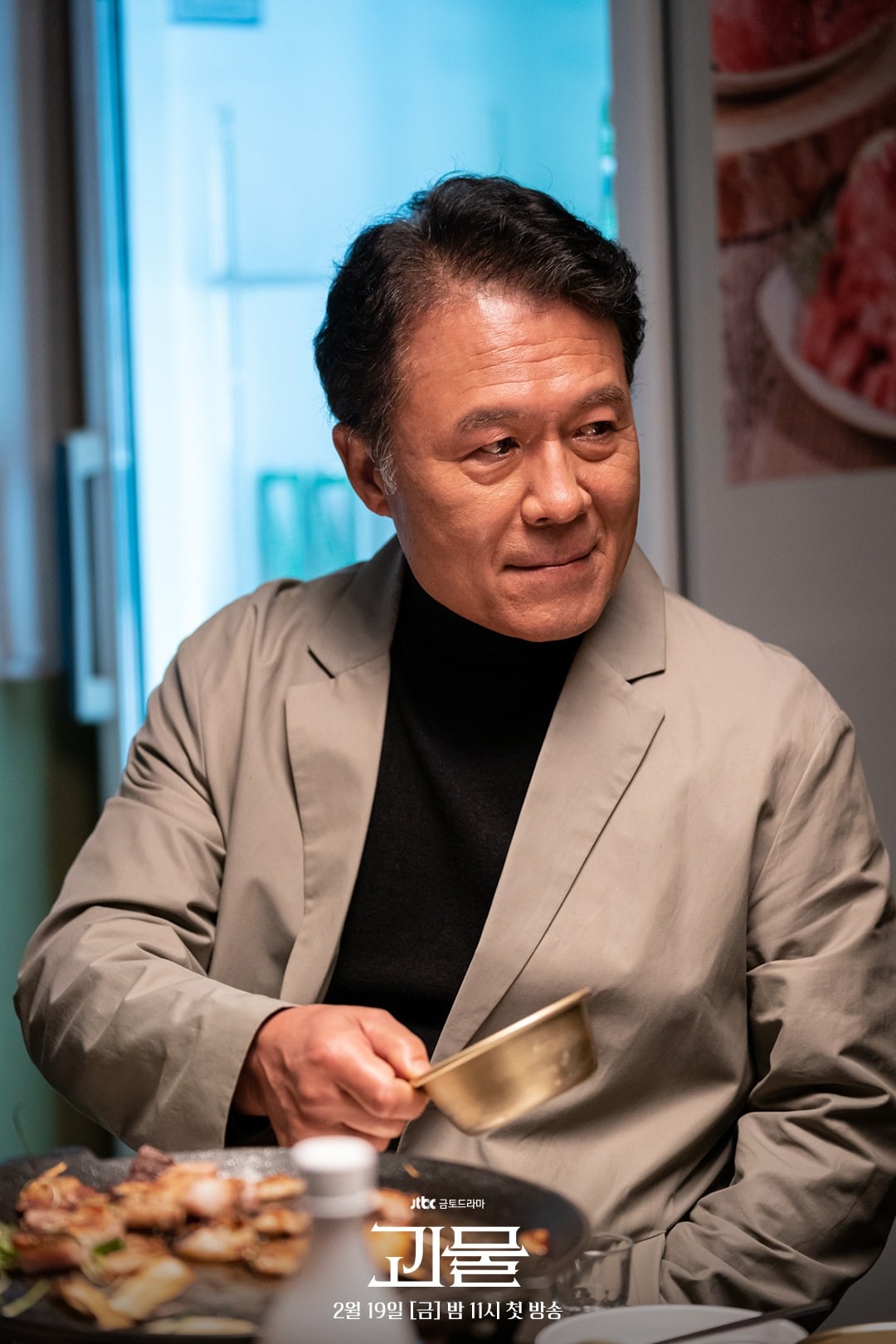 Oh Ji Hwa (Kim Shin Rok) is offering Han Joo Won a handshake. She’s the team leader of the violent crimes section, and she was classmates with Lee Dong Shik from elementary school to high school. She’s confident and charismatic, with a relaxed smile. Oh Ji Hoon (Nam Yoon Soo) is the youngest member of the police substation in Manyang. He’s also Oh Ji Hwa’s younger brother, and he’s a bold character who follows his seniors.

Amid all this, Han Joo Won continues to maintain a distance with everyone at the gathering, even though it’s being held for him, and his expression looks stiff. Many drama fans are curious to find out why he keeps his guard up around the Manyang villagers to this extent, as well as why this elite officer who had been on a smooth and clear path has ended up in this countryside village. 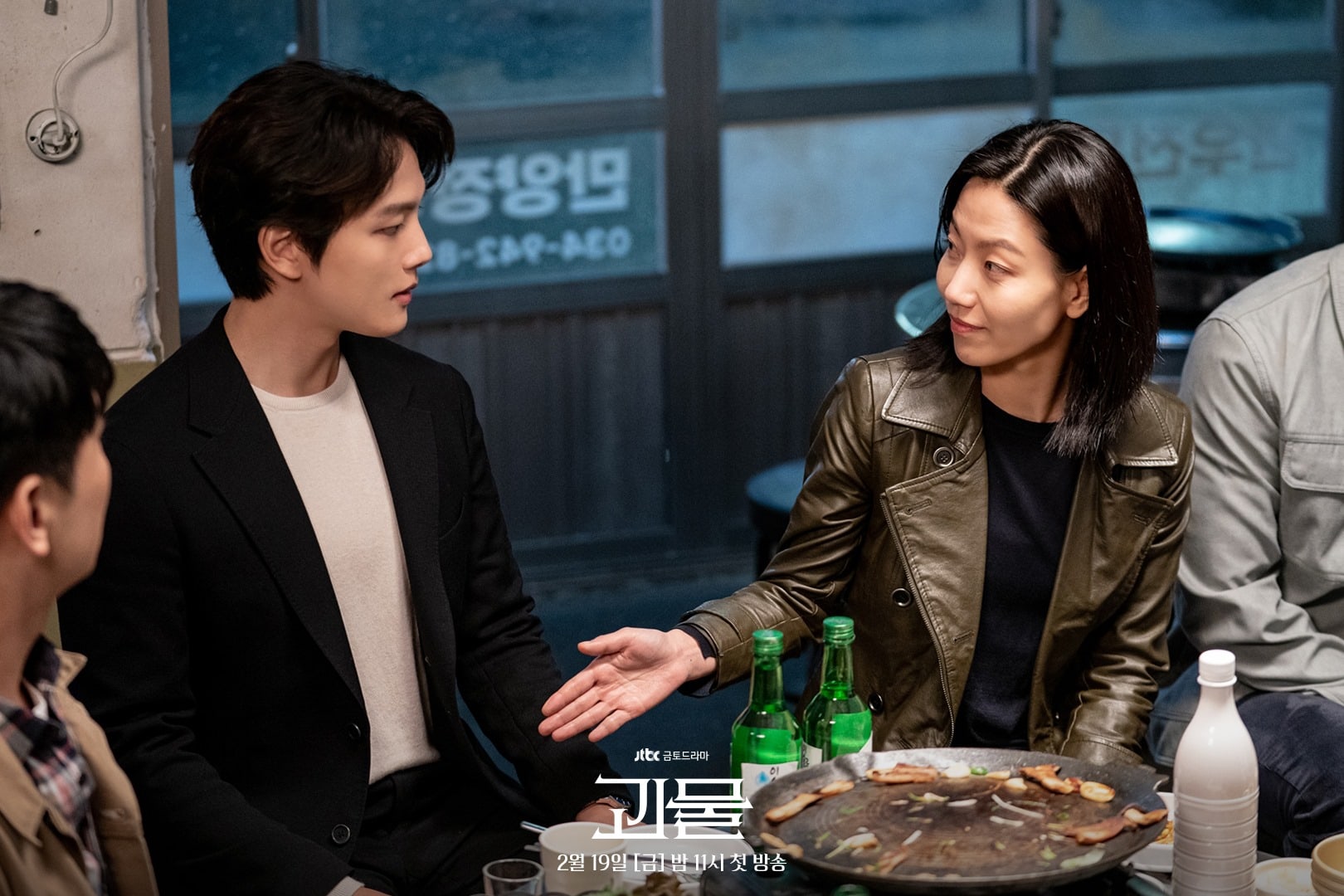 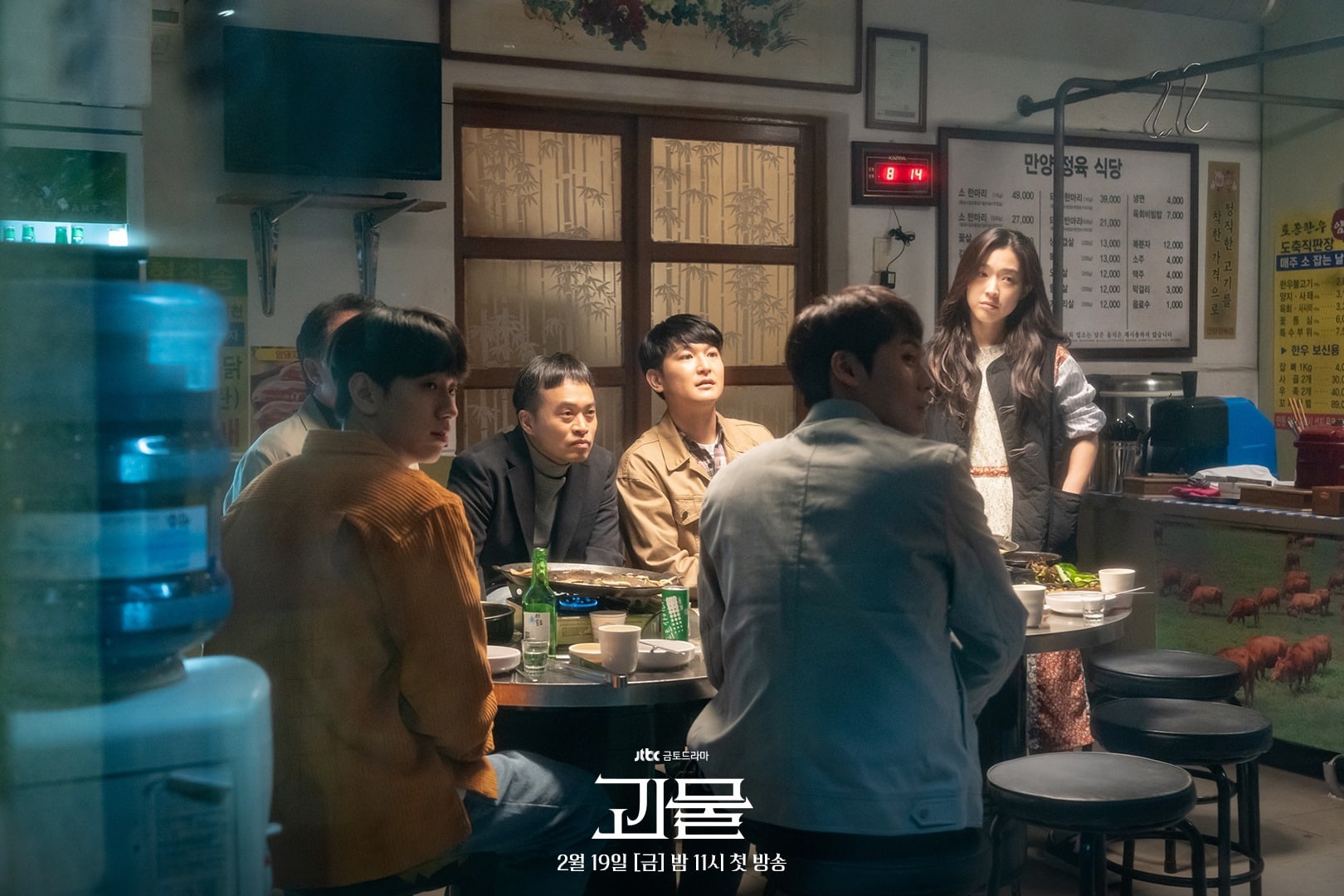 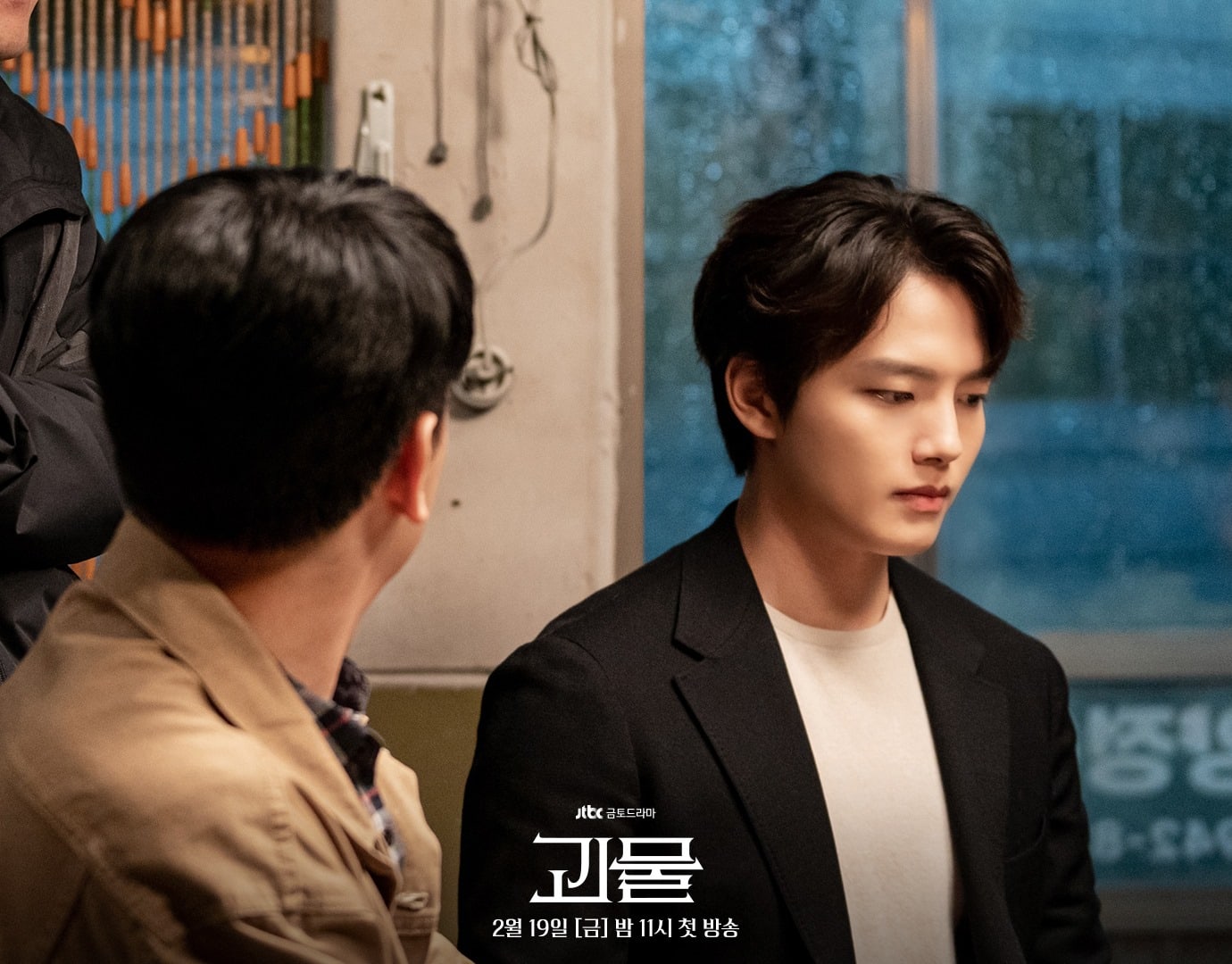 The production team shared, “The hidden story in Manyang will be another key point that will make this psychological chase thriller even more interesting. The actions of these simple but unreadable characters will increase the tension of the story.” They added, “You can look forward to seeing the synergy between these excellent actors as they perfect the psychological chase thriller along with Shin Ha Kyun and Yeo Jin Goo.”