Kim Woo Seok shared his thoughts on his comeback!

“I put in a lot of effort to unify the album’s atmosphere overall,” he said. On his “DESIRE” album series, the idol shared, “There’s a lineup planned for the third one too to a certain extent.”

After participating in the lyrics writing and composition for the majority of his new songs (including his title track “Sugar”), Kim Woo Seok was asked if he experienced any difficulties while writing lyrics. “I write lyrics at the end,” he said. “I get inspiration from the fans or the concept, and the lyrics seem to come to me easily as I think of my fans.” 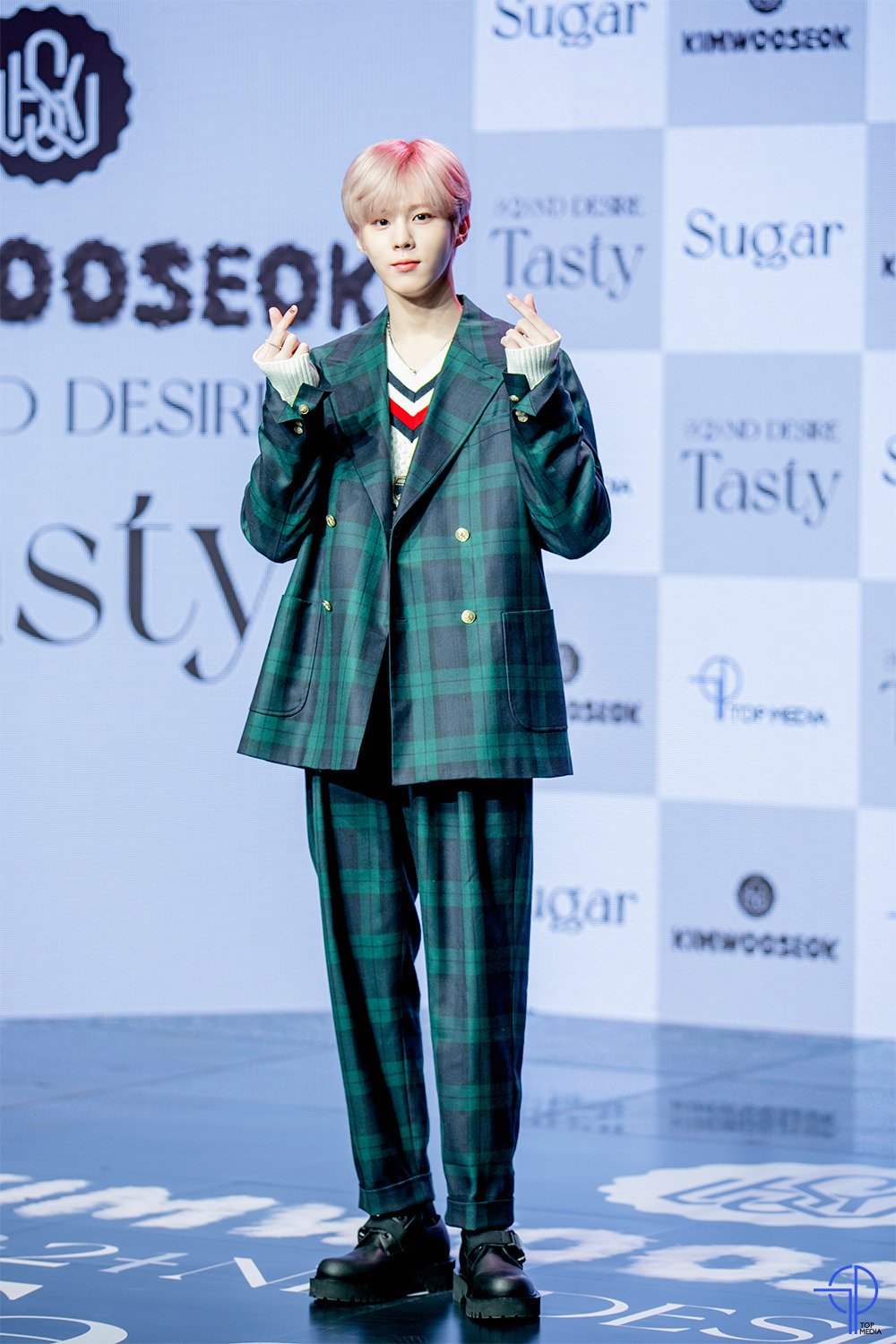 Kim Woo Seok also took on a pink hair color for his comeback. He shared that it was the color that fans most wanted for him and he had been worried about it. However, he commented, “After I did it, I thought it suited me. I’m 100 percent pleased with it.” He added, “It’s the first time since my debut that I’ve tried this hair color, but it’s great because a lot of people are happy with it. I’ll be happy if the fans enjoy it.”

In addition to music, Kim Woo Seok has been active in acting and variety shows too. He recently made an acting debut in the drama “Twenty Twenty,” and he shared that he’d like to continue acting if he has the chance. “I think that I want to portray a character who has a different character from me,” he said. “However, the ‘me’ that I think of is different from the ‘me’ that other people see.” He added, “I also want to try playing someone who’s lively and jokes around a lot.”

After appearing in many shows staring Lee Kyung Kyu, Kim Woo Sok has been known as “Lee Kyung Kyu’s pick.” The idol said, “I’m grateful to have been able to be on all the shows that he appears on. I was really so grateful. It was a lot of fun and such a good learning experience. I think the reason he invites me is that I’m honest.”

He went on to say, “He jokingly said, ‘He’s fun because he’s quiet,’ but off camera he said that it’s because I’m honest, commendable, and good looking. I was really proud and I’m going to work hard to continue to show a good version of myself on variety shows.”

On what he’d like to achieve with this comeback, Kim Woo Seok said that he’s hoping to be seen by the public as having a wider musical spectrum. “I’m hoping people will say, ‘Oh, so he makes this kind of music too,'” he shared.