Red Velvet’s Irene and Shin Seung Ho participated in a press conference ahead of the premiere of their new film “Double Patty”!

“Double Patty” is a coming-of-age film about young people chasing their dreams and embarking on a relatable journey of growth and development. Irene stars as Lee Hyun Ji, an aspiring anchorwoman who works tirelessly to achieve her dream, while Shin Seung Ho plays Kang Woo Ram, a former ssireum (Korean wrestling) athlete.

At the press conference held via livestream on February 10, director Baek Seung Hwan introduced the film as a “production that tells the story of two youths running in parallel lines toward their goals and dreams.” Describing how the film got its peculiar title, he explained, “When you think of youth, hunger also comes to mind. Food makes multiple appearances in our film, as if to say, ‘Let’s have a meal.’ I personally like hamburgers, and I usually don’t just eat a single patty. The title ‘Double Patty’ was decided as I wanted to convey the message of, ‘Just one isn’t enough.'” 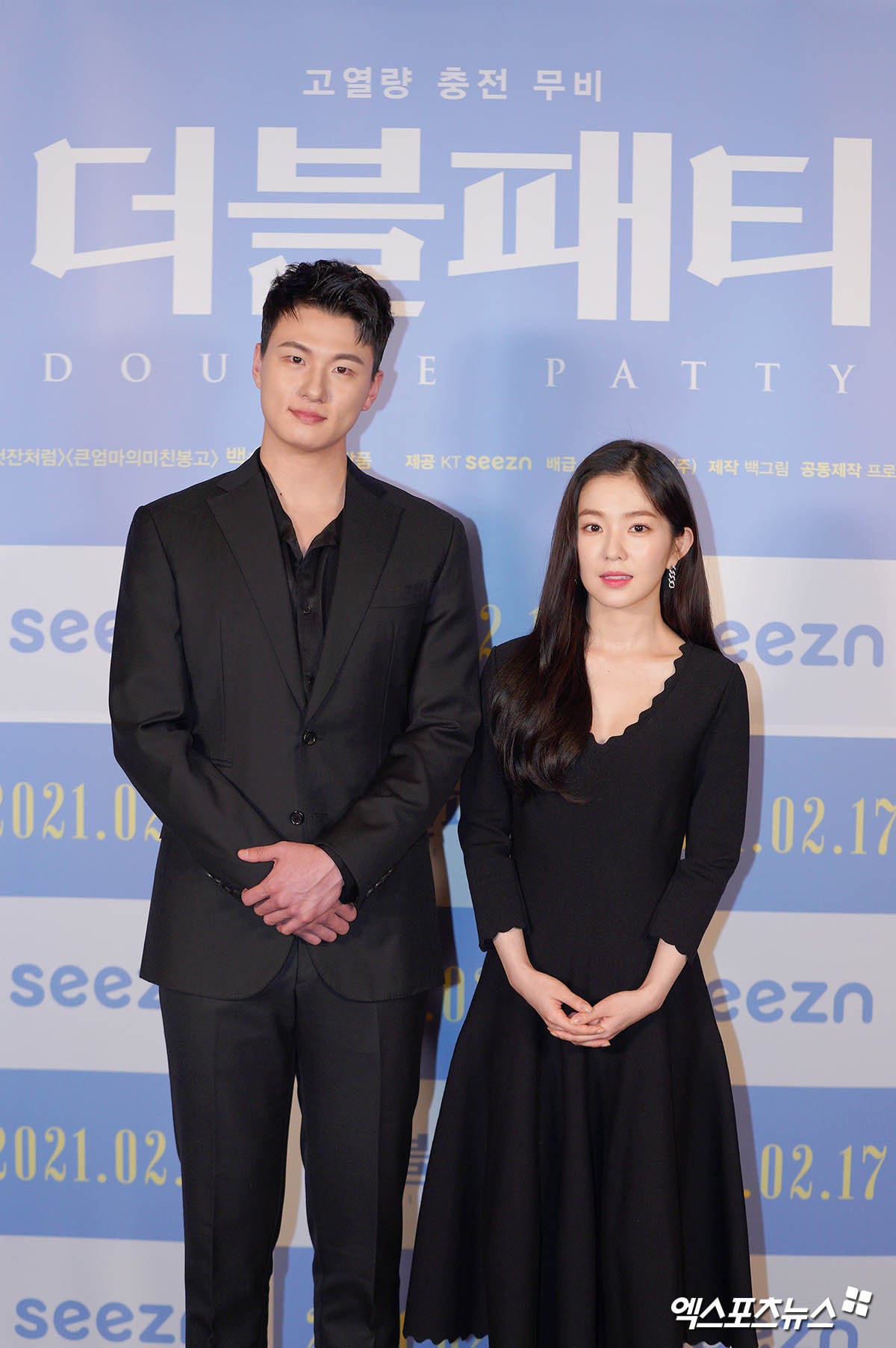 Shin Seung Ho has 11 years as a soccer player under his belt, his athletic background making him the perfect fit for the role of former ssireum athlete Kang Woo Ram. Irene will be making her silver screen debut with “Double Patty” and displaying her potential as an actress.

Baek Seung Hwan complimented the two actors as he said, “Before casting the pair, I didn’t know much about their acting. It was a project that started with discussions of potential. Irene had to practice her skills as an anchorwoman, and she displayed an extraordinary amount of preparation, hard work, and concentration for her first appearance on the silver screen. Shin Seung Ho is someone who loves to eat, but he watched what he ate and even worked on skills that would make him appear like a real ssireum athlete. His animal-like instincts and diligence are like no other.” 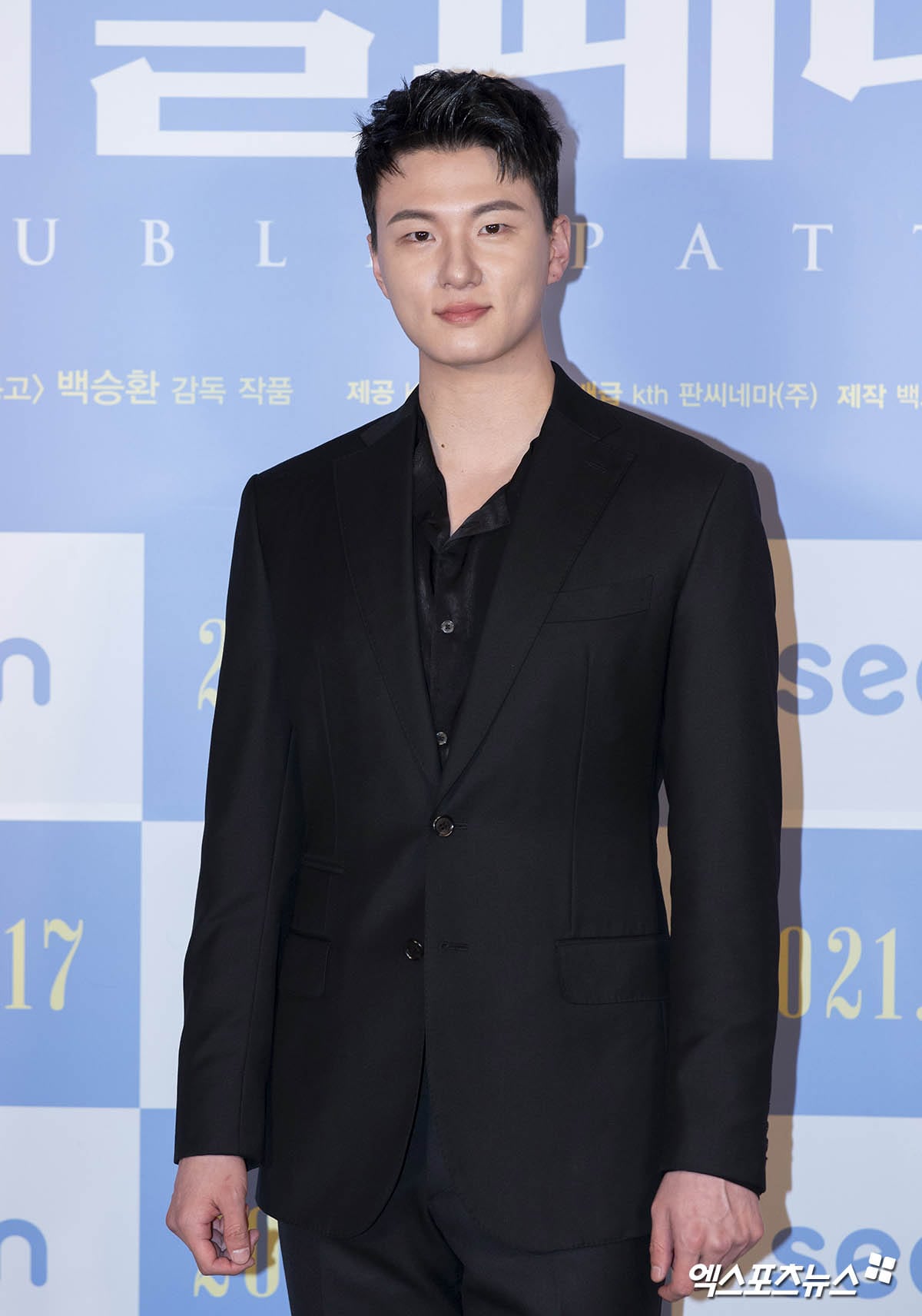 Shin Seung Ho prepared for his role by beginning training two months before filming, even attending the same accommodations, cafeteria, and training centers used by actual athletes. Shin Seung Ho commented on his immersive experience, saying, “Since I was an athlete for quite a long time, I figured there would be a difference between regular exercise and how the athletes trained, but it was really exhausting. Each and every thing was difficult, without a single exception. I participated in a match with a high school student, but I lost every time except once. I think they went easy on me.”

Shin Seung Ho continued, “I also did some tanning to look more like a real athlete. Above all else, I was able to express various feelings such as joy, sadness, happiness, and a full stomach through the role of Kang Woo Ram. I think everything that happened since reading the script is going to become a good and enjoyable experience for me. The director himself also helped make that kind of experience for me on set. Thanks to that I had no reason to worry about filling the role of Kang Woo Ram.” 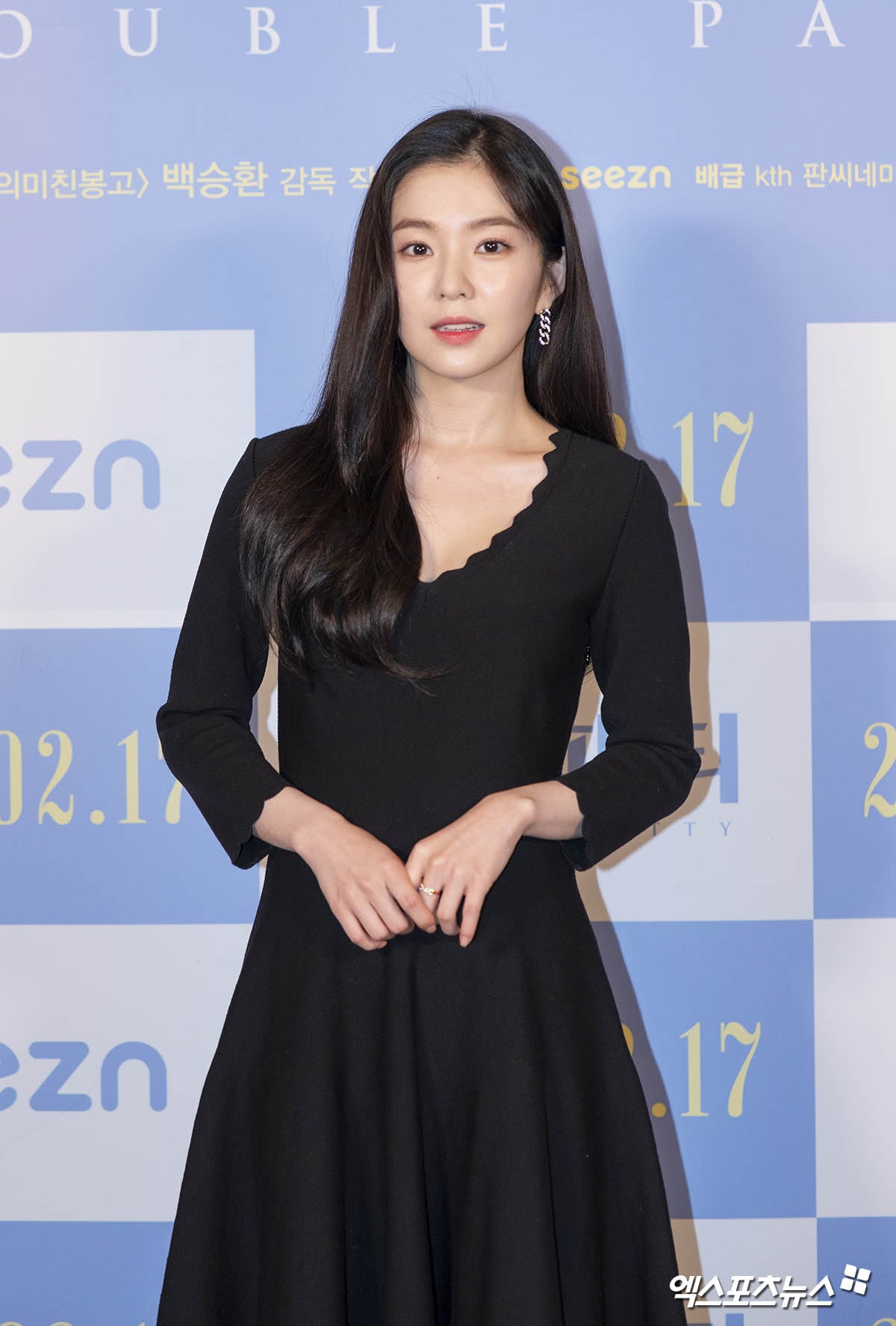 Irene, who plays the hard-working aspiring anchorwoman Lee Hyun Ji, expressed how she felt about her first role in a film. “I’m really nervous to be greeting everyone through a film for the first time, and I was kind of embarrassed to see myself on such a big screen. I kept losing concentration the entire movie,” she shared. “There’s a lot of food-related scenes in the film. While watching, I was able to gain energy and comfort through Lee Hyun Ji and Kang Woo Ram.”

Going more into depth about her role, Irene explained, “My biggest worry about playing an aspiring anchorwoman was that as time went on I would have to show improvements in my tone and vocalization. I thought that Lee Hyun Ji at the beginning would have to be different from Lee Hyun Ji at the end, so I paid particular attention to that aspect. I received lessons from a real news anchor and prepared for the role by filming myself and listening to my own voice.”

Baek Seung Hwan expressed how pleased he was with the Irene’s performance. “Everyone in South Korea knows Irene. I like to drink alcohol, so I often see her poster when I go out for a drink,” he began with a laugh. “I took my time watching her videos and her potential was unrivaled. During the process of casting her I was really surprised to find out she hadn’t yet received any offers from dramas. Her potential was materialized in front of the camera, and while working on the film there were many times where I admired her and was grateful to her.”

He also commended Shin Seung Ho’s acting skills, saying, “I watched a few clips of Shin Seung Ho that were recommended to me and I had the thought, ‘There’s no other actor but him.’ Although there’s plenty of top stars and popular actors, there was no one who had Shin Seung Ho’s aura or strengths. On set he’s also very unexpectedly cute. I think his mischievous actions have taken off outside of the script as well. Working with him was really enjoyable.” 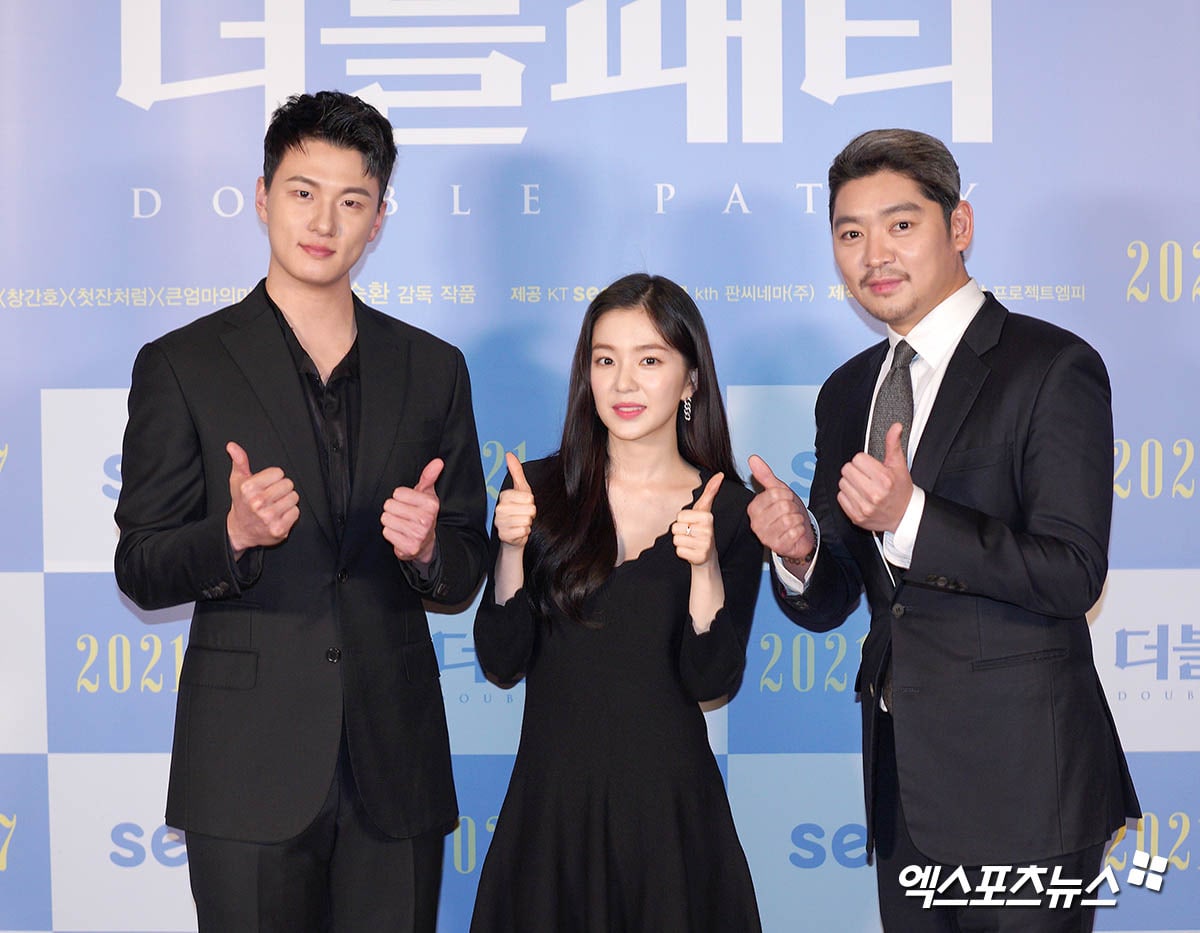 “Double Patty” premieres on February 17. Watch a teaser for the film here!

Also check out Shin Seung Ho in the drama “Moment of 18” below: