Watch: Rain And Chungha Show Off Their Moves In MV For Rain’s Comeback Track “WHY DON’T WE”

Rain is back with his new album “PIECES by RAIN” and a music video for the title track “WHY DON’T WE” featuring Chungha!

The album includes a total of five tracks including his previous single “Switch to Me” with Park Jin Young and “MAGNETIC,” which features and was produced by GOT7’s Jackson.

“WHY DON’T WE” is a song that combines a progressive house beat and an R&B melody. It is composed and written by Sik-K, with BUMZU, Anchor(PRISMFILTER), Nmore(PRISMFILTER), Elum(PRISMFILTER), and Shannon also taking part in the production of the song.

Watch Rain and Chungha’s exquisite performance in the music video:

Also check out Rain’s exclusive shoutout to Soompi readers below!

A new image of Rain and Chungha has been released for their upcoming collaboration track “WHY DON’T WE”! 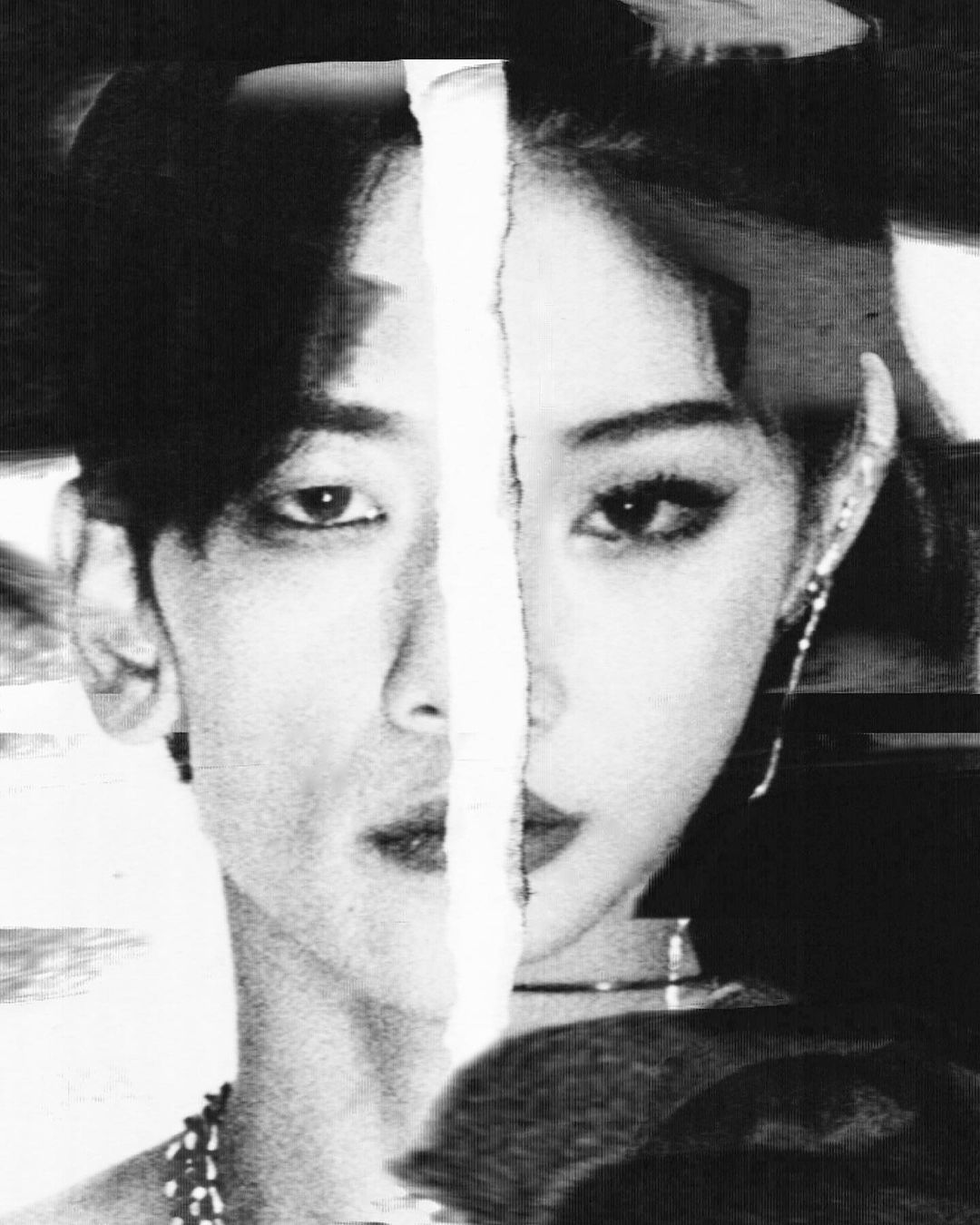 Check out the one-take performance video of the track below!

A new teaser image of Rain and Chungha has been released for their upcoming collaboration track “WHY DON’T WE”! 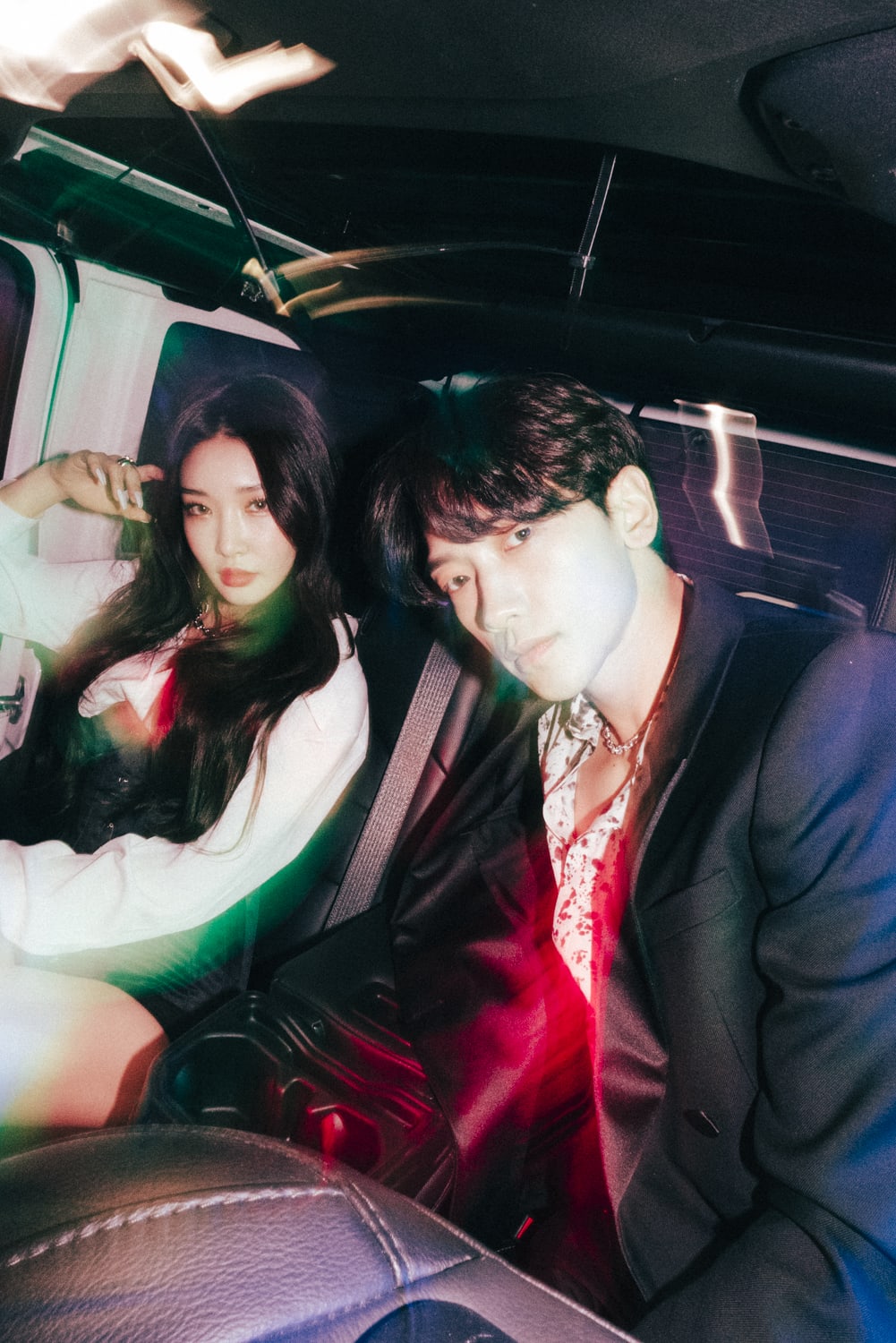 A concept teaser video has been released for Rain’s “WHY DON’T WE” featuring Chungha!

Chungha has officially been announced as the artist featuring in Rain’s upcoming title track!

Check out their new teaser image: 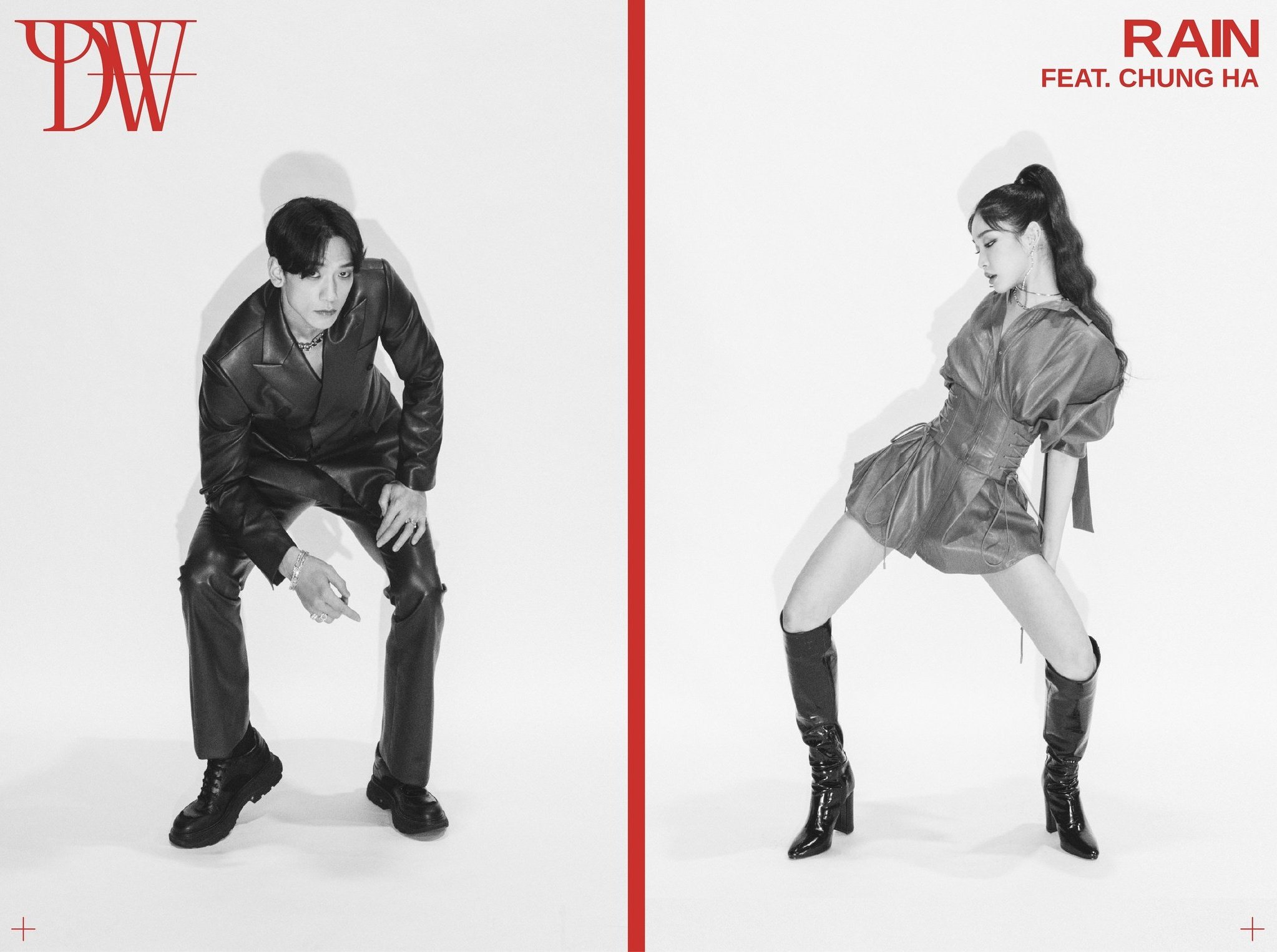 Rain shared a teaser image for his comeback with “WHY DON’T WE”!

The photo includes the silhouette of an artist who will be featuring in the song. As Rain’s agency Sublime Artist Agency had previously revealed that a collaboration between Rain and Chungha was being discussed, the artist featuring in “WHY DON’T WE” may be Chungha.

Check out the teaser below, and stay tuned for updates! 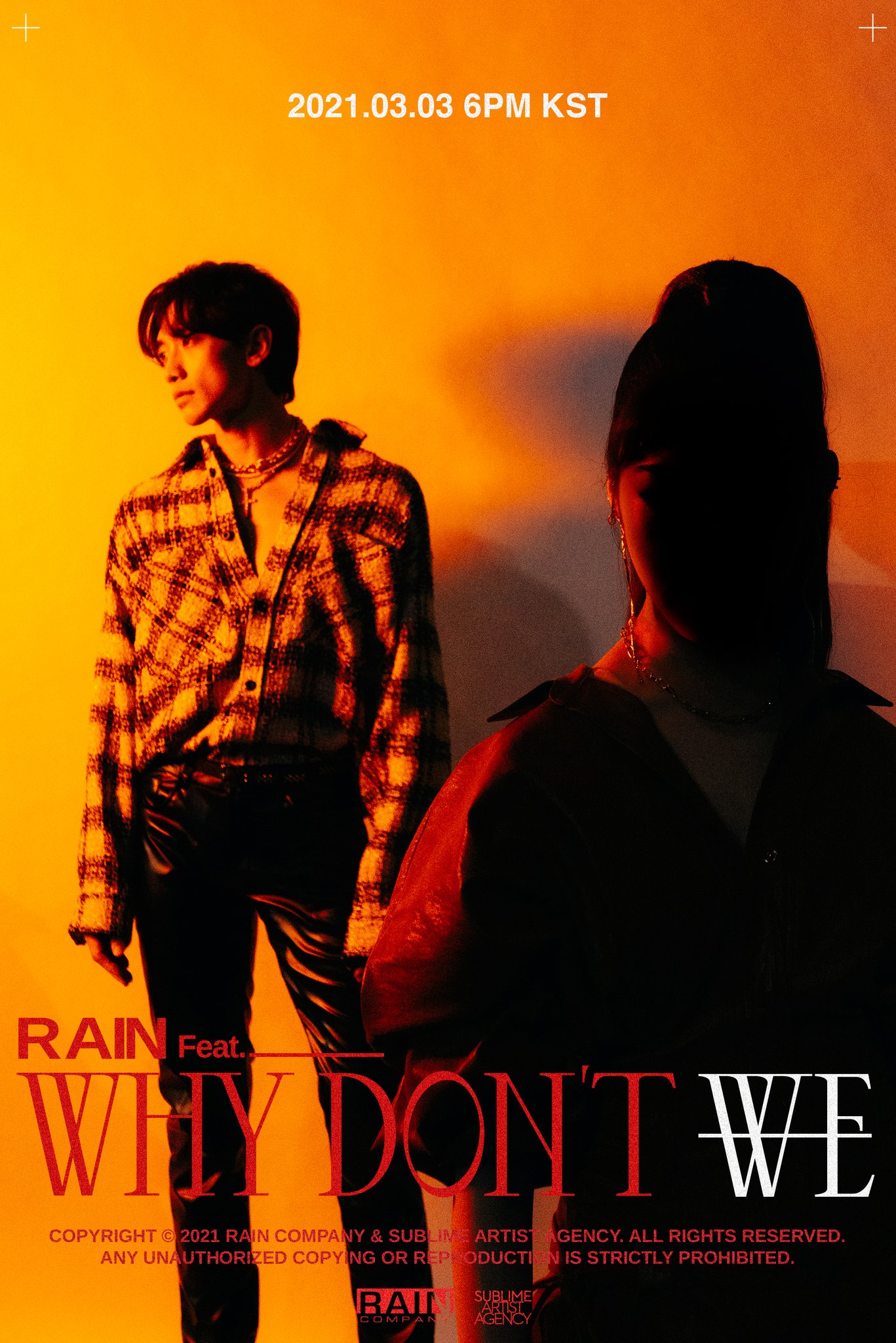 Rain is making a comeback soon!

It’s been announced that Rain will drop his new mini album “PIECES by RAIN” on March 3. The release will feature five songs in total, including his duet with Park Jin Young titled “Switch to me,” which came out in December 2020.

A teaser photo for Rain’s comeback features the text “WHY DON’T WE.” 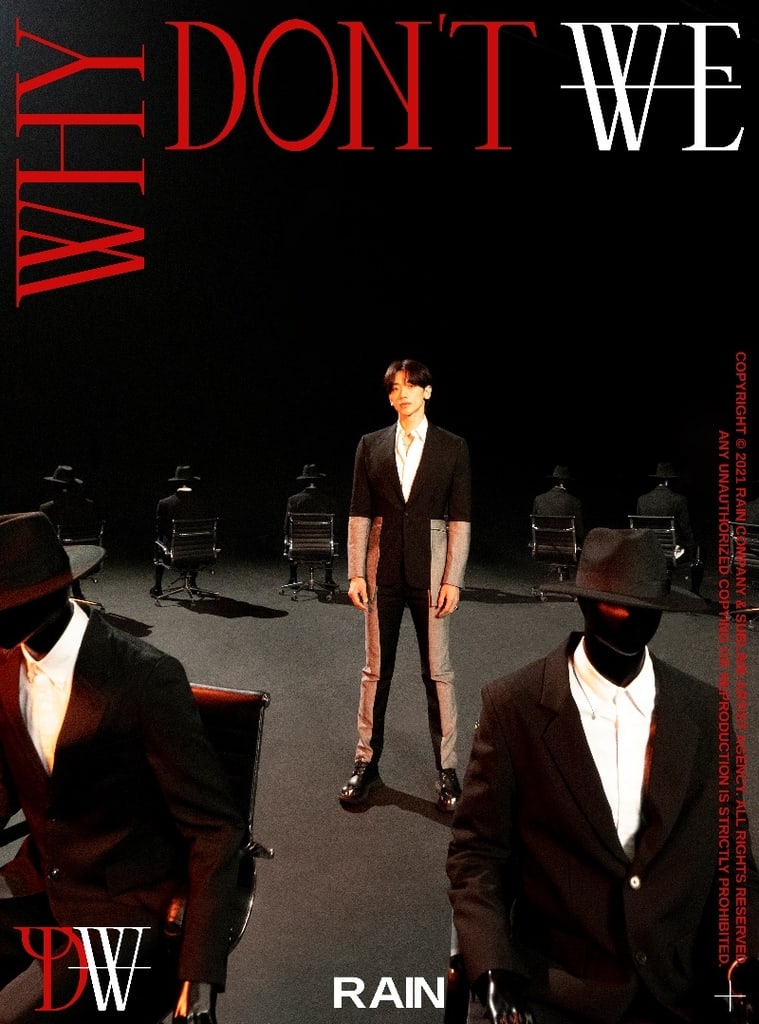 The first word in the “PIECES by RAIN” title is described as meaning both “pieces” of artwork as well as the five songs’ different “pieces” that make up the artist Rain. Each track will feature a different tempo and character, with the concept being that they form the complete version of Rain as an artist when they’re all brought together in one album.

Rain has finished filming the music video for the title track of “PIECES by RAIN.” In addition, it was recently reported that Rain and Chungha are in talks for a collaboration.

This will be Rain’s first album since his December 2017 mini album “MY LIFE愛,” which featured the title track “GANG.” Last year, Rain also promoted with the hit co-ed group SSAK3, which was formed through the variety show “How Do You Play?” and included Lee Hyori and Yoo Jae Suk as his group mates.

Chungha
Rain
How does this article make you feel?