First off, Kim Jung Hyun and Na In Woo film the scene where they engage in a war of nerves. During rehearsal, Kim Jung Hyun seriously immerses into his role and approaches Na In Woo as he declares he’ll put an end to their little tussle. Na In Woo jokingly makes a gesture that it will involve drinking, and Kim Jung Hyun comments, “You’re too tall.”

Shin Hye Sun joins them to film the next scene, and she playfully pats their arms as she says, “Both of you, calm down.” Na In Woo laughs, but Kim Jung Hyun asks in pure confusion, “Was that part of the script?” He realizes it wasn’t, but both actors are sweet enough to include that in the rehearsal.

While waiting for the camera to turn on, Kim Jung Hyun approaches Na In Woo and whispers, “Let’s do our best.” Na In Woo nods and hugs him, and instead of hugging him back, Kim Jung Hyun immediately turns towards Shin Hye Sun and says, “My queen.” That causes Na In Woo to laugh, and the caption notes that the king only has eyes for his queen. 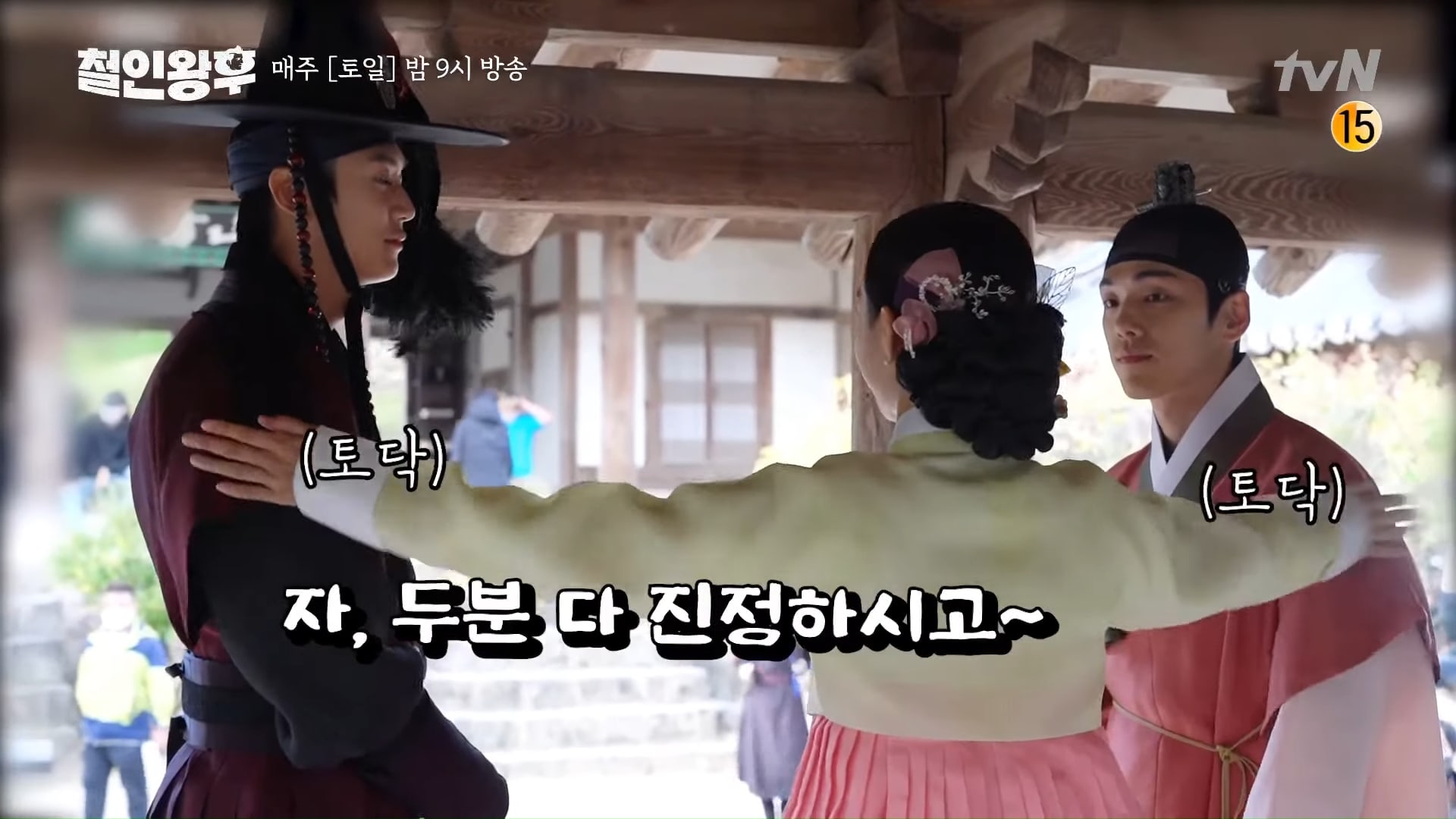 Next, Shin Hye Sun and Kim Jung Hyun film the scene where they ride a horse together. With Kim Jung Hyun’s guidance, they’re smoothly able to shoot the sweet moment, but they laugh behind the camera as Cha Chung Hwa wails her lines in the background. 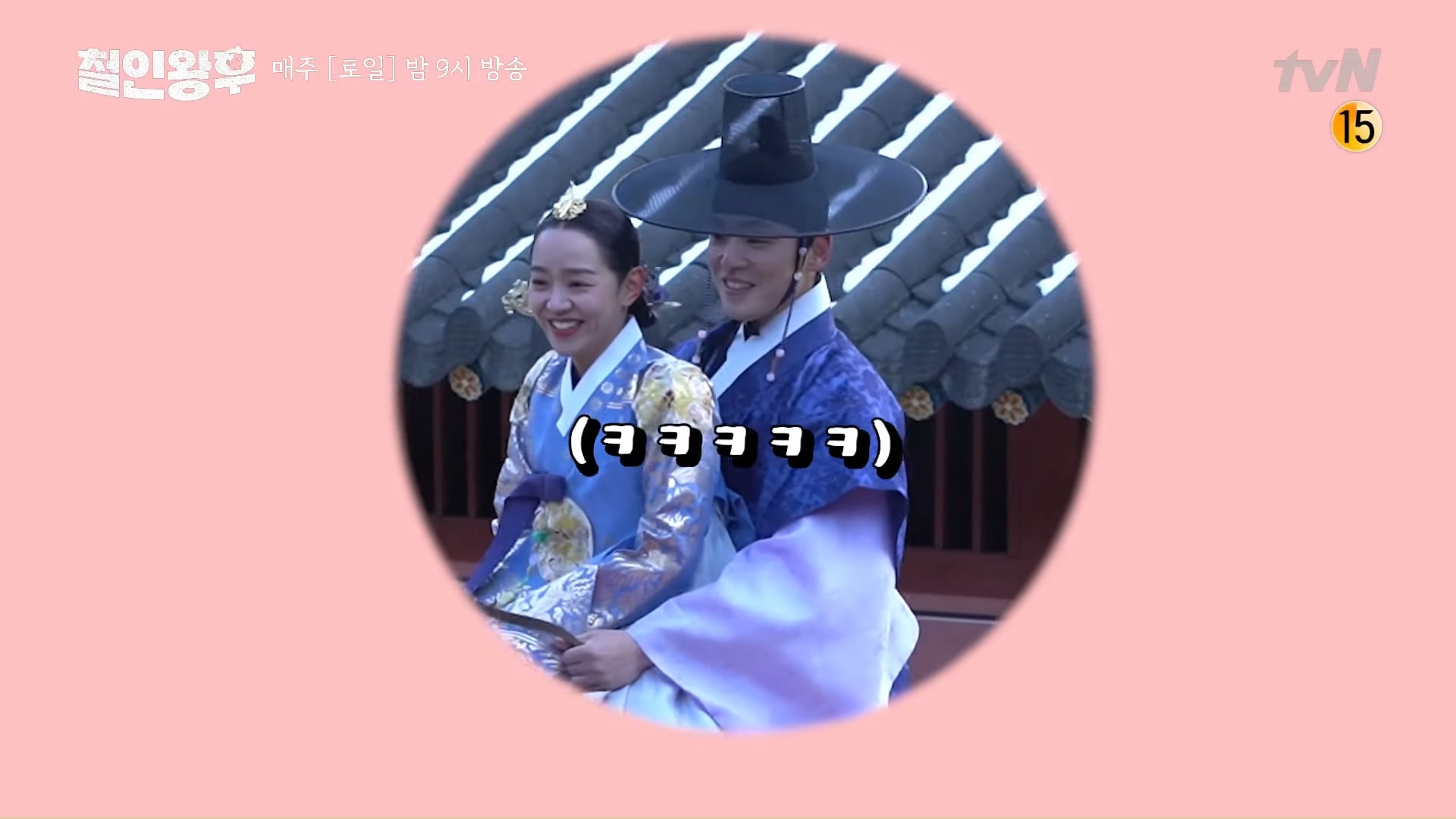 Seol In Ah also appears in the making-of clip, and she waves at the viewers with a sweet smile. She pairs up with Shin Hye Sun to film the scene where it is revealed that the king hasn’t died. The two actresses discuss different ways to make the scene better, and they rehearse their lines together. They showcase their close friendship with jokes and laughter. Shin Hye Sun adds she’ll portray how her character won’t grab Seol In Ah’s hand although she wants to, and Seol In Ah adds that line is making her heart flutter. Shin Hye Sun says it again and departs, and Seol In Ah sadly reaches out in an attempt to stop her. 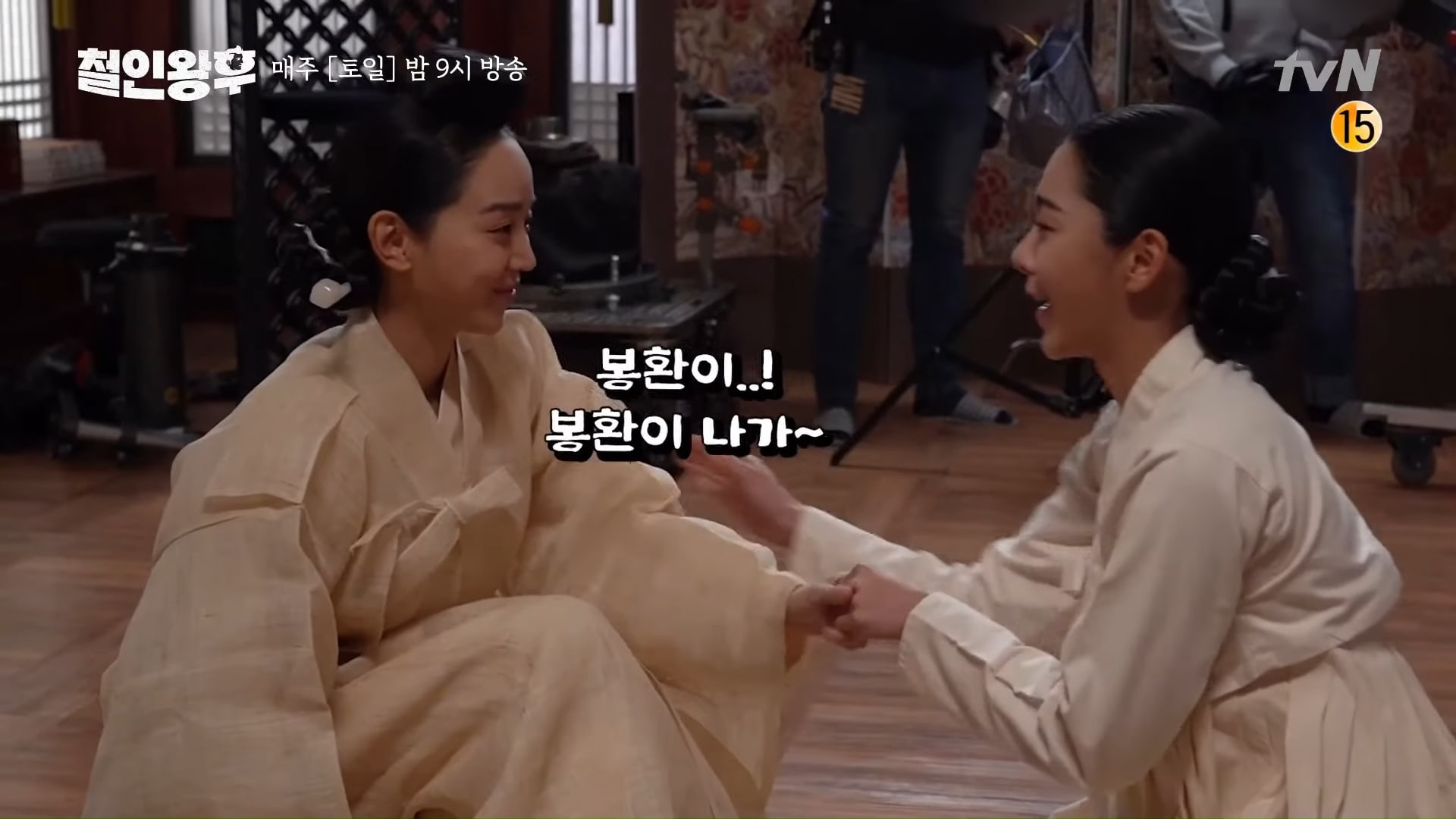