The “True Beauty” cast looks back on filming the show in a new making-of video!

Based on a hit webtoon, “True Beauty” is a romantic comedy about Lim Ju Gyeong (Moon Ga Young), who zealously uses makeup to hide her bare face and combat her insecurities about her looks. After she meets Lee Su Ho (Cha Eun Woo), a popular student who has his own emotional wounds, they share each other’s secrets and learn to heal through love. Hwang In Yeop plays Han Seo Jun, who appears rebellious but has a surprisingly warm heart. The drama wrapped up with its finale on February 4.

A recent behind-the-scenes video from their final shoots shows fun moments between the cast and features interviews with the actors. When asked for her thoughts on the end of filming, Moon Ga Young shares, “We’ve been filming without a break for almost seven months, so that might be why it hasn’t hit me yet. It was always the same with other projects too, but with ‘True Beauty’ in particular, it became my daily routine.”

The cast is also asked to share any memorable moments or things they’re sad about. Moon Ga Young shares that she remembers the people, saying that it was a joy to be able to meet such great co-stars. 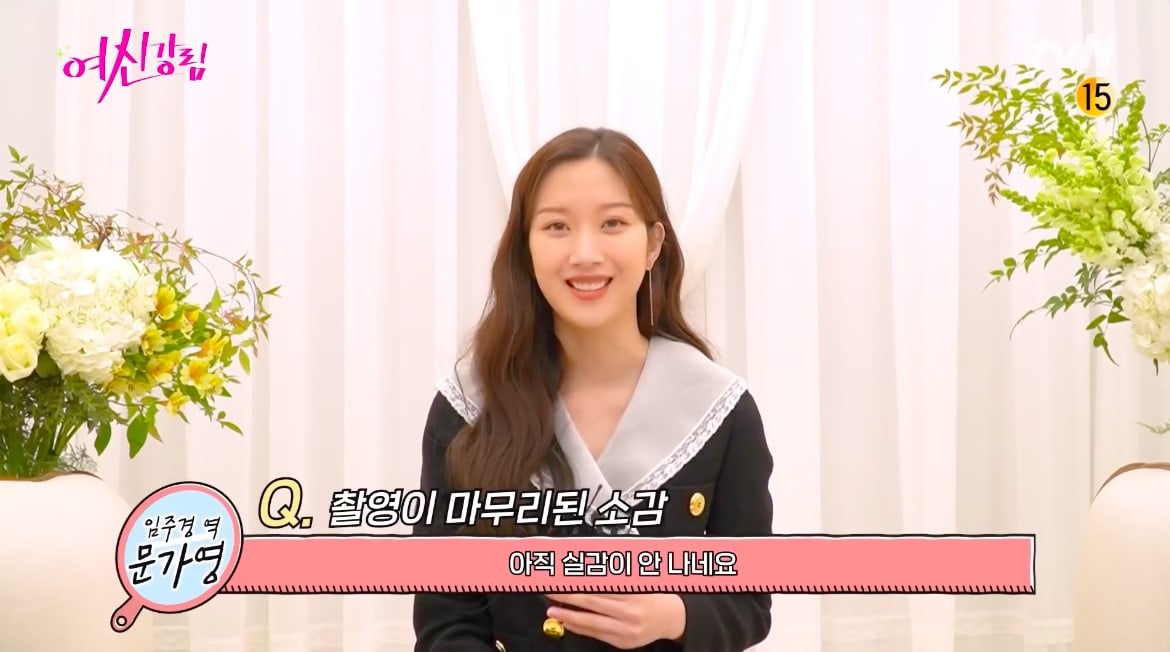 Cha Eun Woo comments, “I think we filmed for about six months, and there was almost a year of thinking about and preparing for this project. As I see each person finish their filming, I feel sad in part, but on the other hand I learned a lot and had so much fun while filming, so I have mixed emotions.”

Cha Eun Woo describes how there was a great and exciting energy when they were filming the wedding scene, as all the cast was of a similar age and was having fun together. He adds, “I remember the ‘Ottoke song’ too and the scene with his father where he lets out all the things he’d been keeping pent up inside.” He also mentions that he remembers all the scenes with Lim Ju Gyeong. 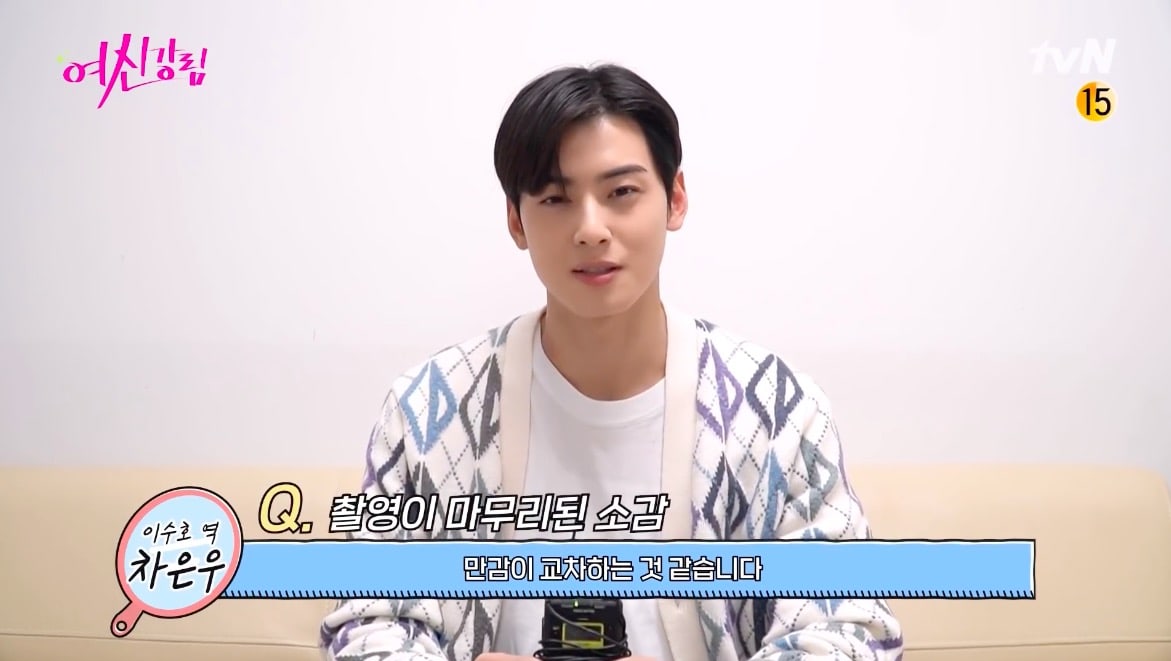 On the set of his own final filming, Hwang In Yeop comments with a smile, “It’s almost the end. I feel strange.”

“I’ve received so much undeserved love that I never expected, so I’m still a bit stunned and really amazed,” he says in his interview. “I was so happy as Seo Jun for the six to seven months of filming, and I was really grateful to be able to play him. It’s now come time for me to let go of Seo Jun, but I think I won’t be able to do so for a very long time.”

“I remember all the staff who worked so hard during filming and all of the beautiful cast members,” he says, thanking everyone for their work. 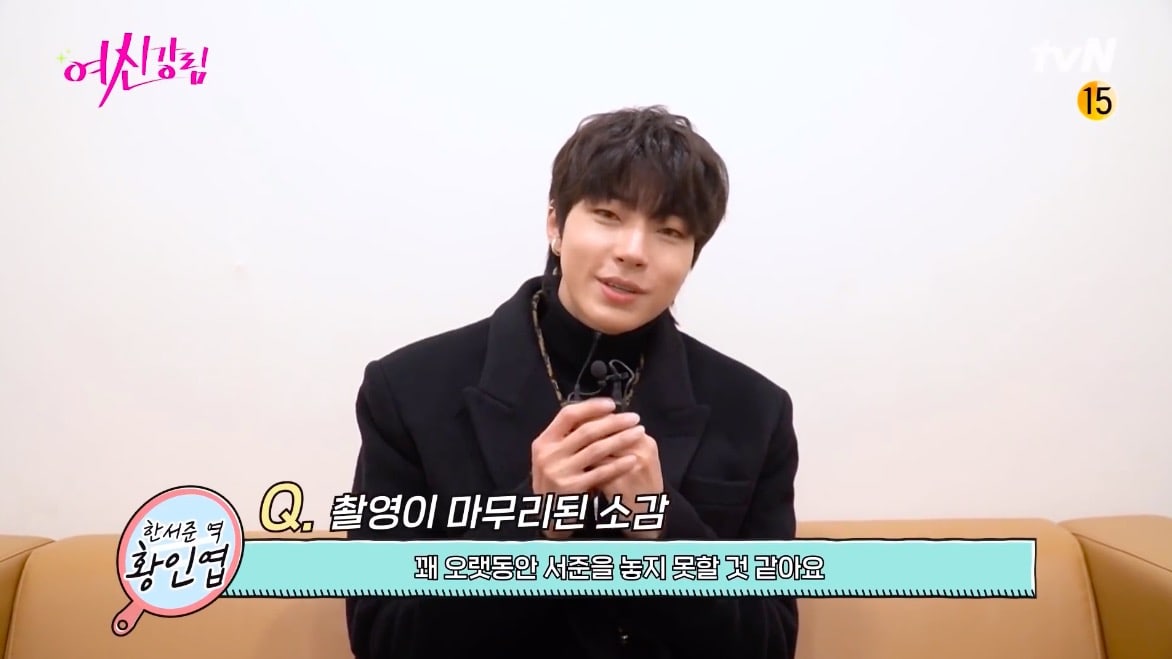 Park Yoo Na, who played Kang Su Jin in the show, says, “Our first filming feels like it was a couple days ago, but now it’s already airing and coming to an end. I have mixed emotions about that while also feeling good, and it’s bringing back a lot of old memories.” She shares that the teamwork between all the cast was great, with everyone also joking around together. 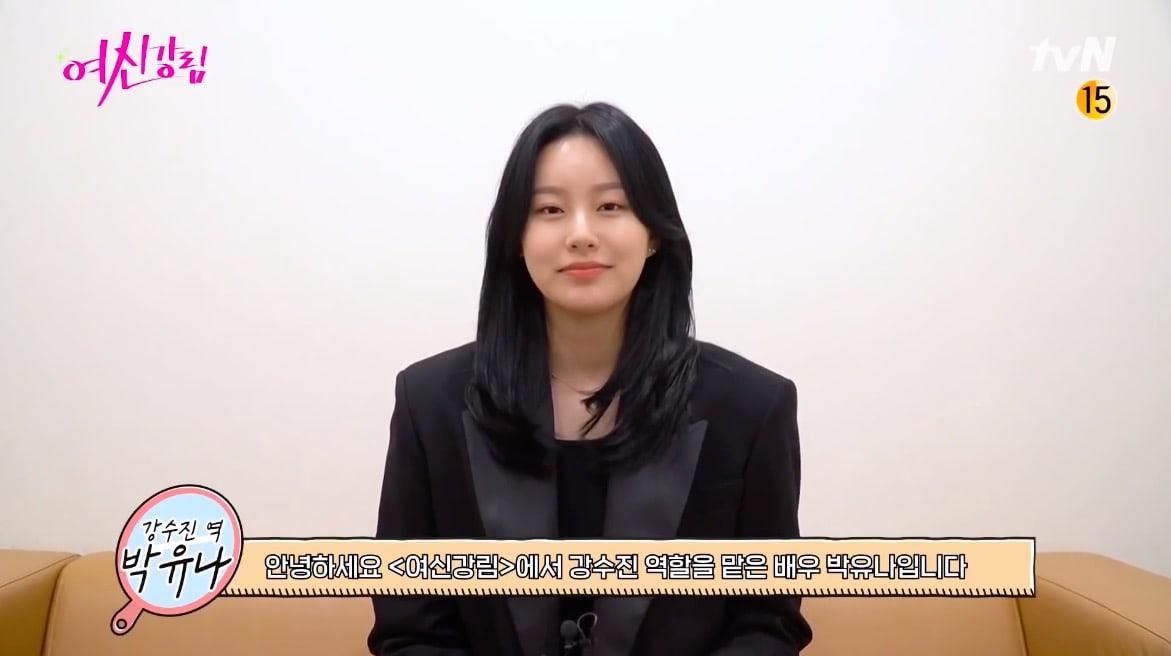 “As always, it feels a bit sad, at the same time I’m feeling good,” says Im Se Mi. Oh Eui Sik shares, “I also feel a bit sad, and maybe it’s because I played a teacher, but seeing the students like this makes me feel a little strange,” and they talk about being moved while watching the scenes of the students graduating. Im Se Mi speaks about how she was happy to film with Oh Eui Sik and also says that she was particularly happy when filming the scenes starring Lim Ju Gyeong’s family. 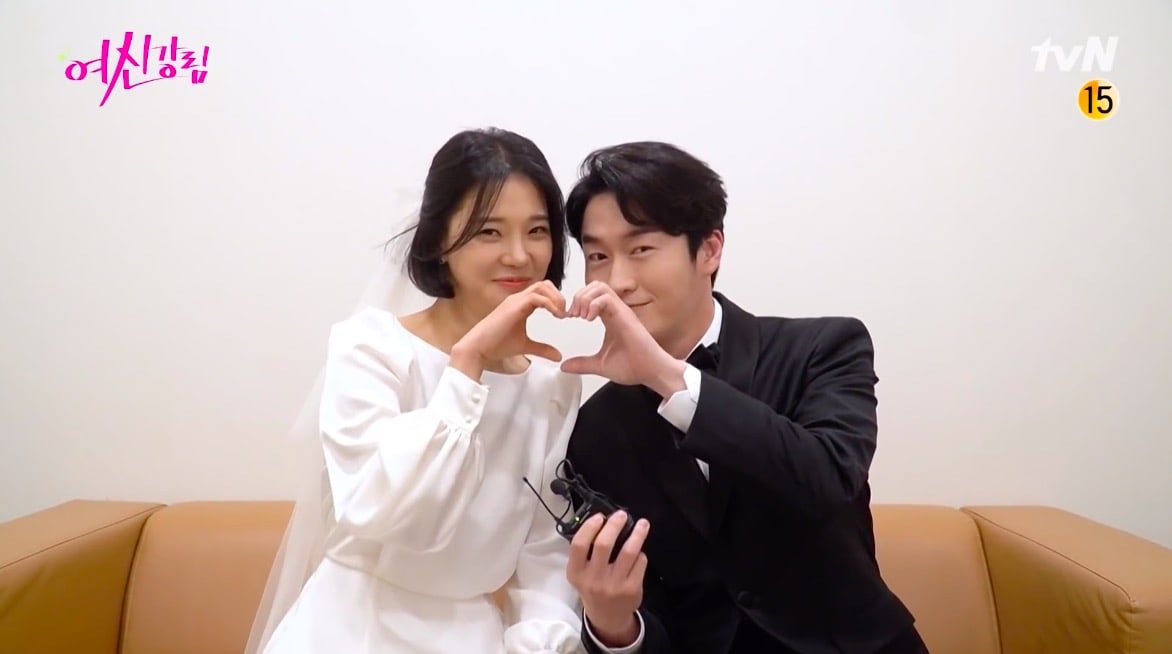 Kim Min Ki played Lim Ju Gyeong’s younger brother Lim Ju Young. He shares that he experienced a lot of great things while filming and was very happy. “It still hasn’t hit me that we won’t see each other now,” he says. “While I do feel relieved in part, I also feel sad.” 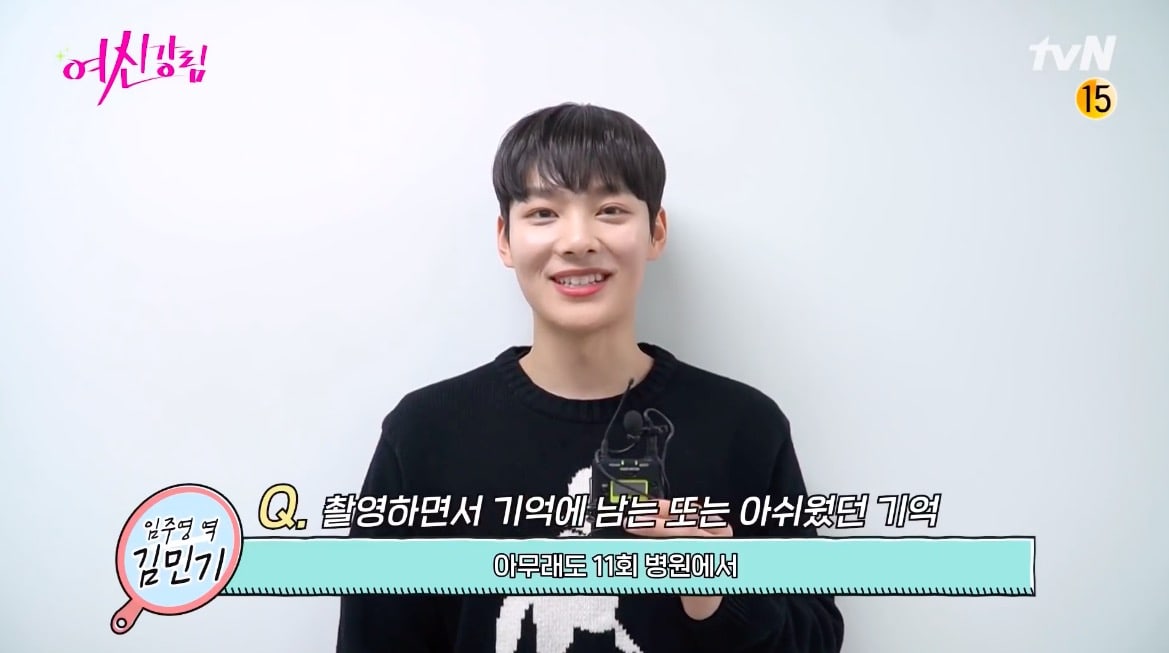 Kang Min Ah took the role of Choi Su A in the drama, and she also shares that it didn’t feel real yet that the show was coming to an end. “I think as the classmates all get together for the first time in a while, we’ll be able to wrap up filming together while feeling excited and happy, so I feel good right now.”

On a memorable moment from filming, Kang Min Ah describes happy times spent filming with Moon Ga Young and Park Yoo Na as the trio of friends early on in their drama shoot. 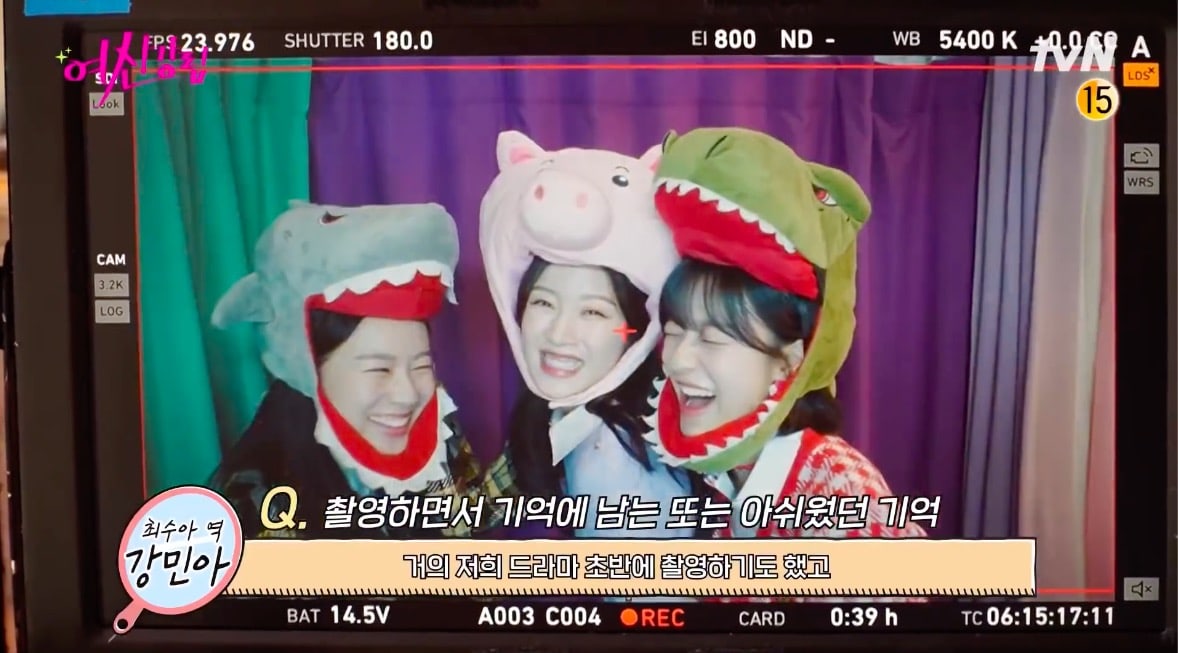 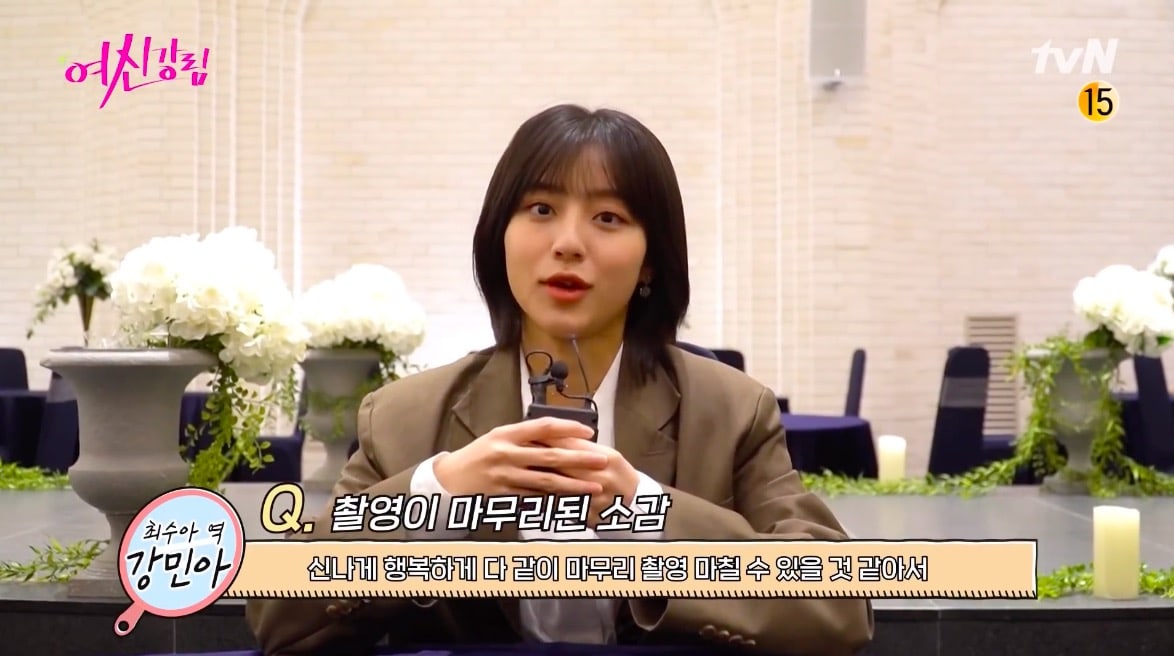 Lee Il Joon played Yoo Tae Hoon in the show, while Lee Sang Jin took the role of Ahn Hyun Gyu. “I feel like I received love that I didn’t deserve, so I’m very grateful, and meanwhile I am sad because I think I should have done better but wasn’t able to,” says Lee Il Joon. Lee Sang Jin shares, “I was so happy over these few months and it would be great if it never ended.”

Lee Il Joon also speaks about how he was helped a lot by Kang Min Ah during filming. “I tend to be shy, so I was cautious with her at first, but she took such good care of me. So I’m very grateful for her,” he says. 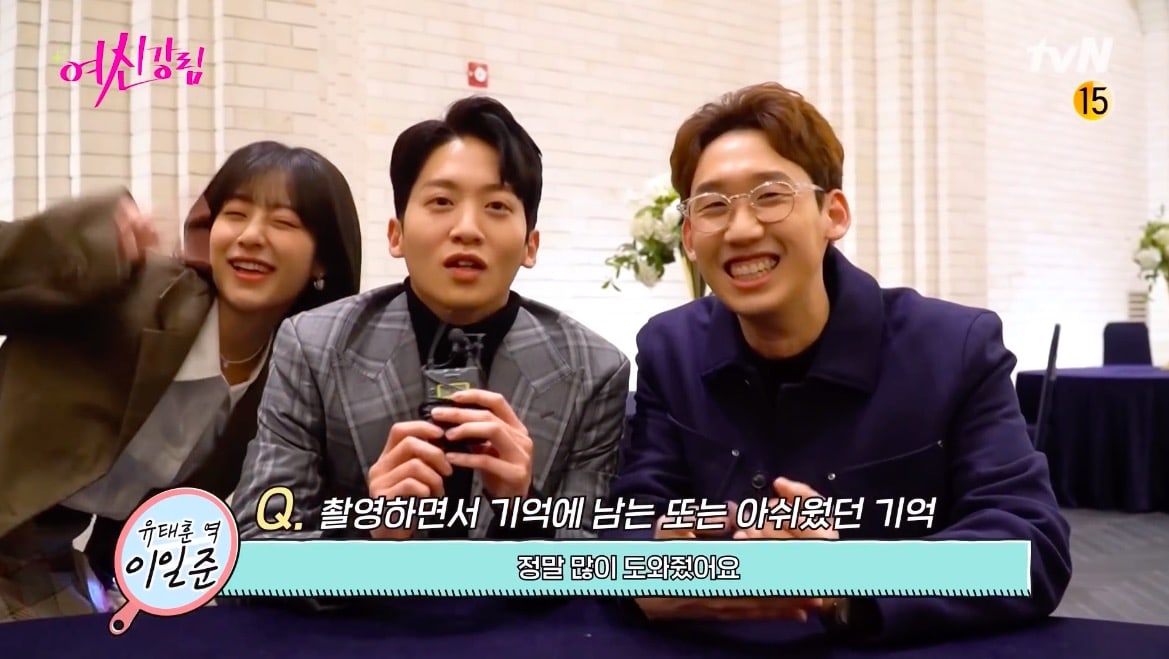 The cast goes on to share their gratitude for all the love and support they’ve received. Watch the video below!

Enjoy “True Beauty” from the beginning below!