As part of a yearly Lunar New Year tradition, South Korean President Moon Jae In called several citizens on the first day of the holiday.

According to the Blue House, the President spent about an hour on the morning of February 11 speaking with citizens via Kakao Talk video call, and they shared good wishes for the New Year. It’s described that he expressed his gratitude as everyone continues to get through the difficult period caused by COVID-19 and offered words of comfort.

One of the people who received a call was actor Ryu Jun Yeol, who has been working hard in the battle to protect the environment. He’s used social media to encourage people to reduce plastic waste and been a regular donor to Greenpeace, actively taking part in campaigns led the organization.

During the call, the actor spoke with the President about the campaign to reduce the amount of plastic waste that’s produced by food shopping and more. Ryu Jun Yeol spoke about the need for large supermarkets and companies to take the lead in reducing waste and also create a system where items like shampoo and detergent can be refilled instead of requiring a new container. He mentioned seeing photos of the President and First Lady going to a market the day before while bringing reusable plastic containers, thanking him for being a big help to the campaign. President Moon Jae In also asked Ryu Jun Yeol, “What made you interested in the environment?”

Ryu Jun Yeol replied, “I was moved by the nature I encountered in Africa in 2015 to 2016, and I thought a lot about how we can preserve it so that we can pass it on to future generations.”

The President asked Ryu Jun Yeol if there is anything he would like to take the chance to say to the nation’s citizens or the government. Ryu Jun Yeol said that the President has been a huge source of strength by working hard in the effort to make South Korea carbon neutral by 2050.

He added, “To all the nation’s citizens, it’s not a difficult task. Since we’re used to bringing a shopping basket along with us, we can put containers in the basket and place our fish or vegetables in them, and then we can be part of taking the lead in protecting the earth’s environment. It’s important that we do it together. Didn’t we become a model to the rest of the world last year as an advanced nation in terms of epidemic prevention because all of us worked hard during the pandemic? Just like that, I hope that South Korea will also take the first steps when it comes to the protection of the environment.” 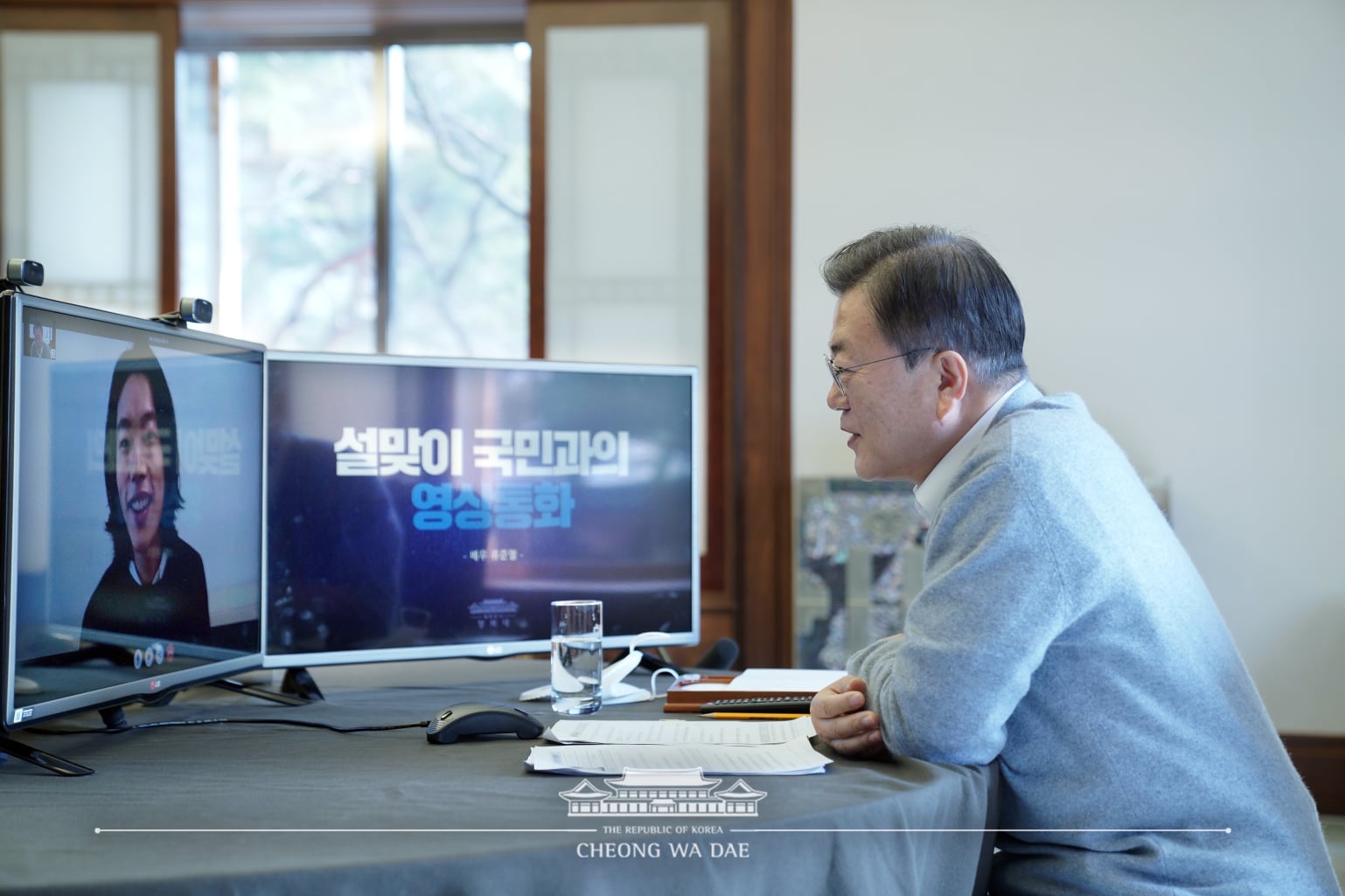 Other people who were called by the President included theater actress Lee So Byul, New Zealand-born priest Ahn Kwang Hun (Robert John Brennan), soccer player Ji So Yun, broadcaster and fitness trainer Yang Chi Seung, and three students. This is the first year that the president has carried out the annual calls over video.

A source from the Blue House stated, “The eight people were chosen because they can become a message about courage and taking on challenges.”

Watch Ryu Jun Yeol in the film “Hit-and-Run Squad” below!