Previously, the shocking truth behind Ji Oh’s supernatural powers and the Human Tech Laboratory were unveiled. The results of Professor Oh Jong Hwan’s (Lee Hae Young‘s) examination revealed that Ji Oh had six types of genes and was biologically not human. Human Tech had been secretly working on a project to create an evolved version of human beings via genetic mutation. Ji Oh was the only successful specimen and a crucial part that they needed to continue the experiment.

After regaining his memories, Ji Oh became confused and left Gu Reum. However, he was soon caught by Lee Son because of his friend Won Yi’s (Ahn Chang Hwan‘s) betrayal, and he escaped by causing the car to explode. Ji Oh also retrieved his memory of Gu Reum’s father Ha Young Jae (Kim Hyung Min), who was a co-founder and researcher at Human Tech Laboratory.

In the midst of all of the events, Ji Oh and Gu Reum have reunited in newly revealed stills. Although, Ji Oh had coldly pushed Gu Reum away, he is seen staying at her place. Unaccustomed to being inside a home, he carefully surveys his surroundings, not knowing what to do. Even though he has frightening powers that could destroy the world, he’s like an innocent puppy in this moment.

In another image, Ji Oh is spotted in front of a wall covered with case records. He especially pays close attention to a photo from Gu Reum’s childhood and his own personnel card. It remains to be seen if he will tell Gu Reum about what he has remembered about her father. 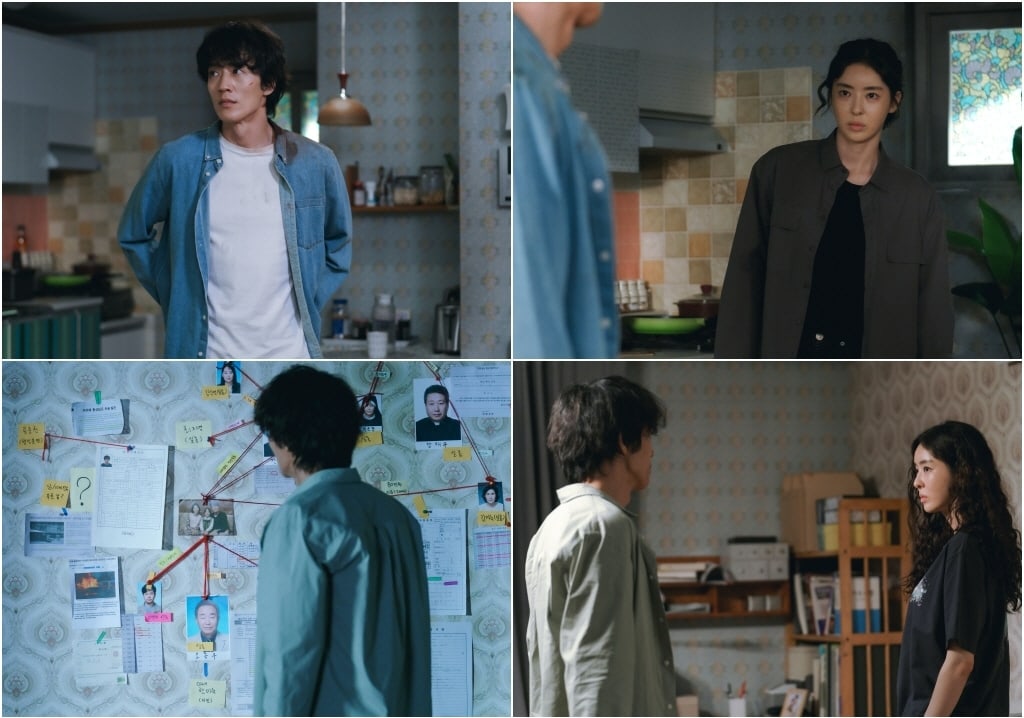 Suddenly, Gu Reum has a gun pointed at Ji Oh, who has entered her bedroom, and he only looks back at her blankly. What will become of the dangerous cohabitation? 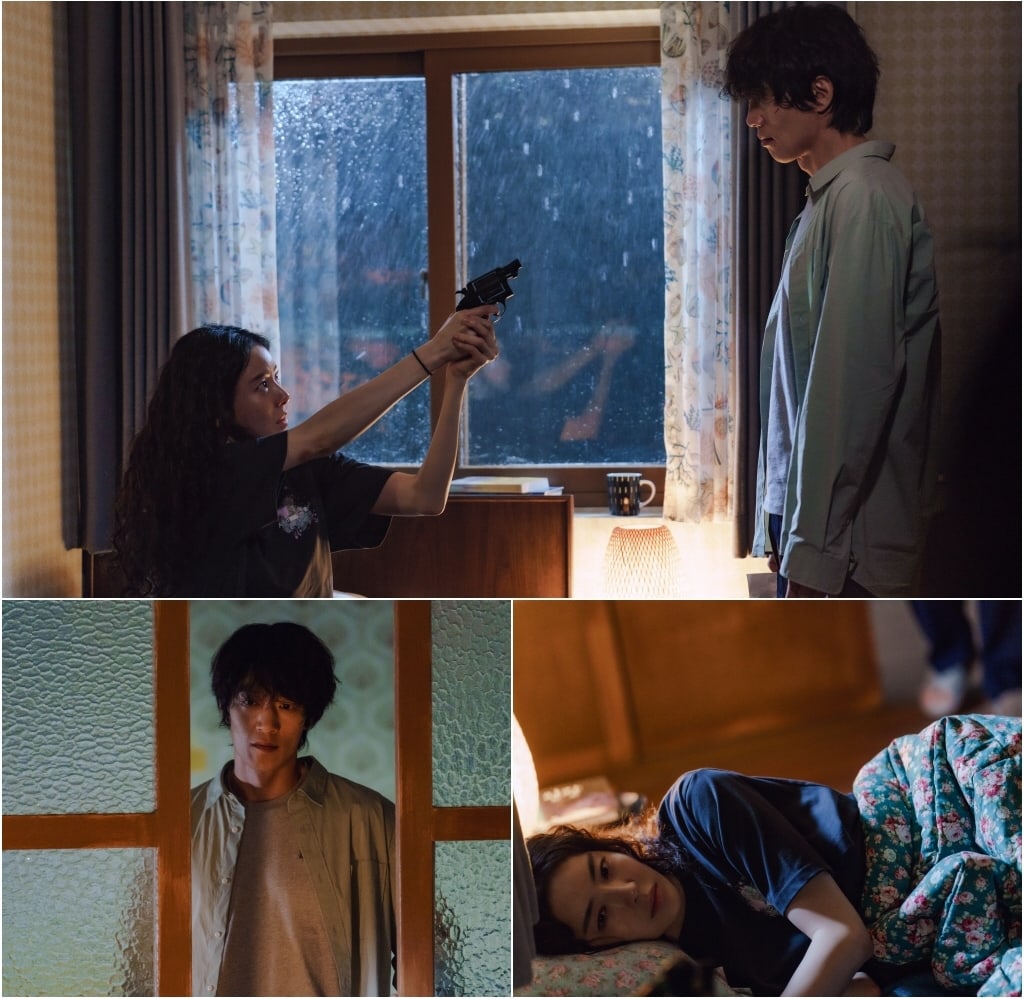 In episode 5, Ji Oh will reunite with Gu Reum and regain another memory. The preview for the episode showed Ji Oh saying that he wouldn’t run away anymore, raising anticipation about his counterattack. The drama’s production team further explained, “Episodes 5 and 6 will mark a huge turning point. These episodes will be ones in which Ji Oh’s choices bring important changes in terms of the growth and awakening of his abilities. Please look forward to Ji Oh’s thrilling counterattack against Human Tech.”

Watch the drama below with English subtitles: