Kwanghee Is Jealous Of SHINee’s Minho Getting All The Attention From Na Eun, Gun Hoo, And Jin Woo On “The Return Of Superman”

SHINee’s Minho and Kwanghee visited Na Eun, Gun Hoo, and Jin Woo on the February 14 broadcast of KBS 2TV’s “The Return of Superman”!

Since Park Joo Ho had to temporarily leave the house for his winter training schedule, Minho and Kwanghee visited the three children at their home. Na Eun, Gun Hoo, and Jin Woo gifted Minho and Kwanghee with cupcakes they made themselves. Jin Woo also personally fed Minho his favorite snack, prompting a jealous Kwanghee to comment, “There’s no point in raising children. They’re all the same. How could he be like this.” Na Eun comforted him, saying, “It can’t be helped. It’s the first time he’s seeing him.” 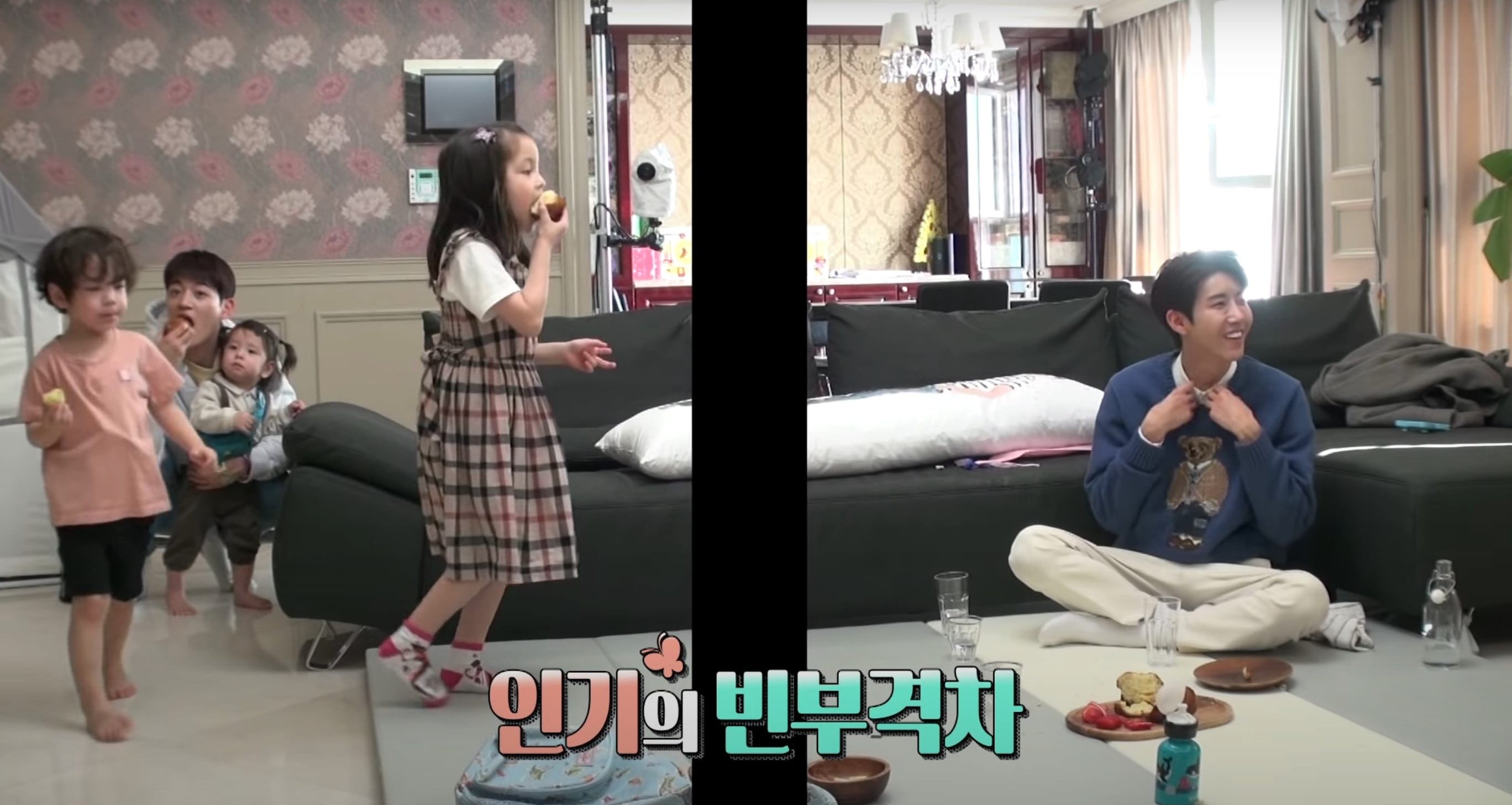 Na Eun was also excited to see Minho dance to “Ring Ding Dong” and “Sherlock.” However, when Kwanghee began to dance, the three children covered their eyes, making Kwanghee jealous again. Nonetheless, they still said that Kwanghee’s food was the best when he cooked for them later. 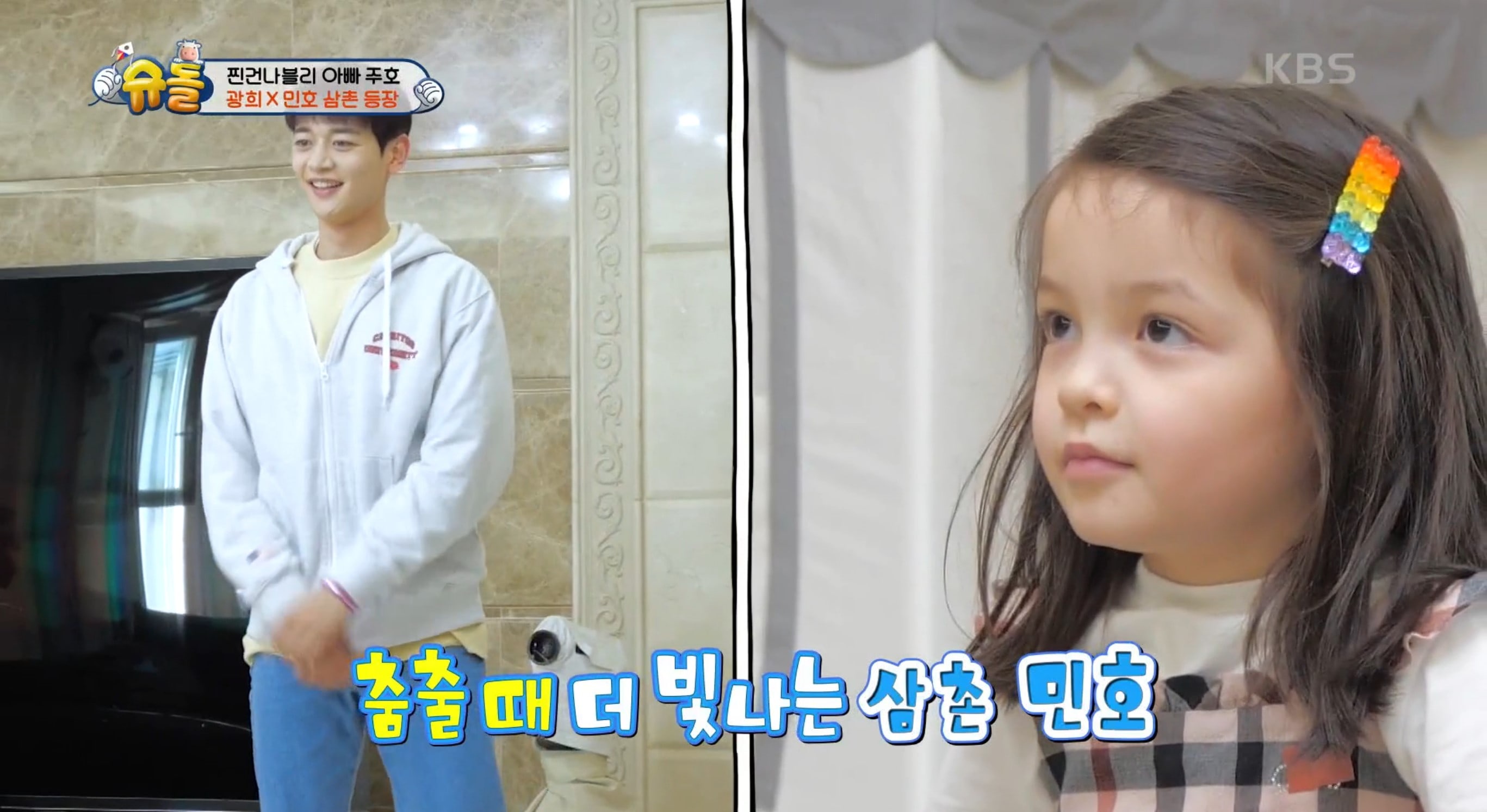 Furthermore, Kwanghee and Minho, along with the children, visited a ranch with sheep. As the children were feeding the sheep, Minho appeared riding on a white horse. Na Eun also got on the horse, receiving compliments from Kwanghee.

Finally, they all gathered together to eat rice balls and fruit. Kwanghee asked Gun Hoo to give a rice ball to the uncle he liked the most that day, and Gun Hoo quickly approached Minho. Similarly, Na Eun and Jin Woo also gave their snacks to Minho.

Watch the full episode of “The Return of Superman” below:

SHINee
The Return of Superman
Kwanghee
Minho
ZE:A
Na Eun
Gun Hoo
How does this article make you feel?