There’s something inherently comedic about soul swap dramas because, well, can you imagine suddenly being in someone else’s body? Or having to share yours? And what if you land in the body of the opposite gender? Or in a different time period even? It’s the perfect ingredient for rom-com shenanigans, and we aren’t going to be shy about our love for this particular trope.

So here we have eight K-dramas — that are quite evenly spread out across the last decade — that include all kinds of soul-swapping goodness that’ll easily capture your interest and soul! 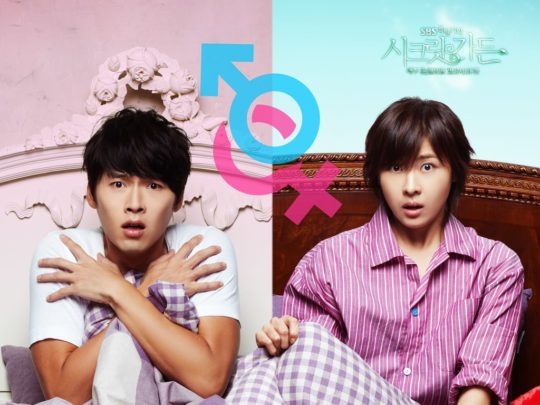 We couldn’t possibly talk about soul swap dramas without mentioning “Secret Garden,” arguably the most well-known of the genre. Everyone and their mothers are familiar with this whimsical and humorous story between a spunky stunt woman (Ha Ji Won) and a claustrophobic chaebol (Hyun Bin), who just so happen to share insane chemistry. And really, it’s a tale that needs no further introduction, but here are some buzzwords to help jumpstart your memory: Soul swap. Sequined tracksuit. Sit-ups. Foam kiss. The end. 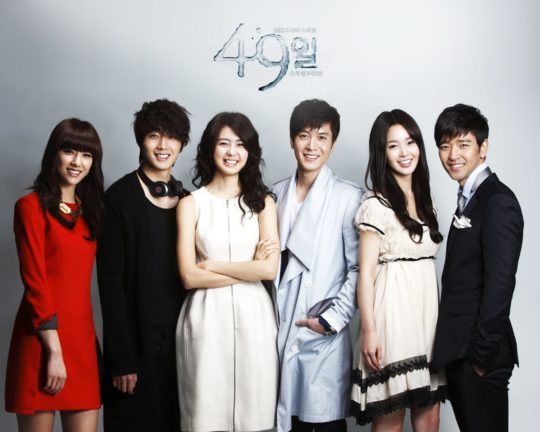 “49 Days” follows the story of a woman, Shin Ji Hyun (Nam Gyu Ri), who tragically dies after getting caught in a multi-car pile-up, caused by someone who was attempting to kill herself. An angelic being (Jung Il Woo) approaches Ji Hyun and tells her she’s technically comatose. If she is able to collect three teardrops shed from genuine love within the next 49 days, then she’ll be able to wake up. Ji Hyun finds her soul transported into Song Yi Kyung (Lee Yo Won), the suicidal woman who caused the very pile-up. The story is beautifully written, and it poignantly handles the themes of life, love, and loss, taking you on a unforgettable roller coaster ride. 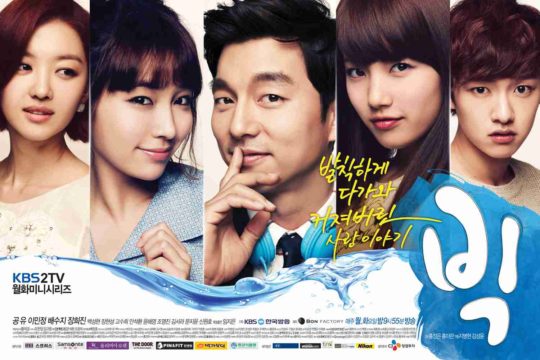 There might be more than a few dissenters when we talk about “Big” and how it started out so zippy and entertaining (a Hong Sisters signature) only to flub the landing. But frustration towards the ending aside, this drama again proves why Gong Yoo deserves all the love. After a series of events that you’ll just have to watch to find out, his 30ish-year-old body becomes inhabited by an 18 year old. He’s every bit adorable, insecure, hilarious, and angsty as a teenager would be, and his chemistry with Lee Min Jing will likely have you rewinding certain scenes over and over again.

Catch the first episode of “Big”: 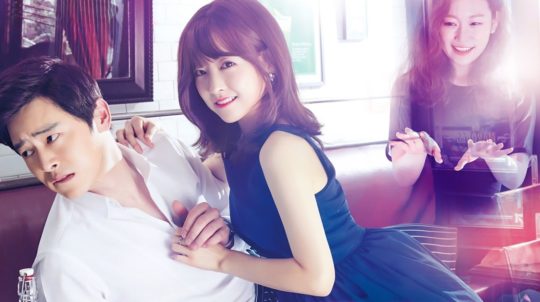 In the adorably fun-to-watch “Oh My Ghostess,” Na Bong Sun (Park Bo Young) is a very timid girl who suddenly finds herself obsessed with seducing her boss, chef Kang Sun Woo (Jo Jung Suk). What is behind her sudden change in behavior you ask? Well if you guessed soul possession, then give yourselves a pat in the back! Yes, Na Bong Sun’s body is hitchhiked by the soul of Shin Soo Ae (Kim Seul Gi), who died before she lost her virginity thus making her a dreaded virgin ghost. This drama is silly and hilarious, with loads of heart, and you couldn’t ask for three more perfect actors to take us on this super fun journey. 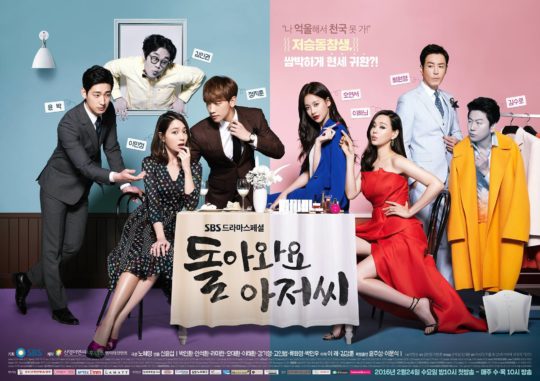 “Please Come Back, Mister” didn’t get a great amount of fanfare during its run because it aired against the Hallyu powerhouse “Descendants of the Sun.” Which is a shame, because it’s a really well-made drama with really a strong storyline, a solid cast, and double the soul-swapping. Two ahjusshis are reincarnated into the bodies of a young man and woman, respectively, so you can imagine the antics they’re up to when bodies that look like Rain and Oh Yeon Seo go around acting like middle-aged men. They’ll make you laugh, then cry, then laugh while you’re crying.

Catch the first episode of “Please Come Back, Mister”: 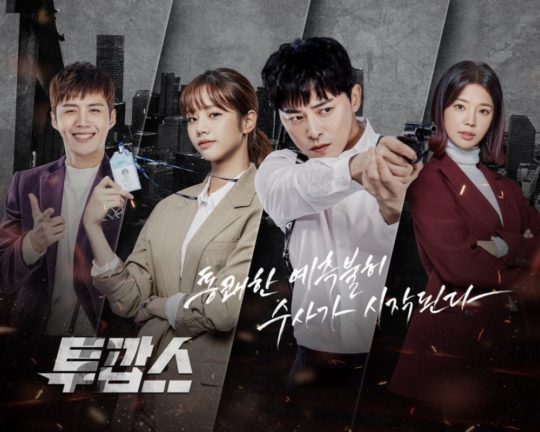 This is the second Jo Jung Suk-led drama in this list, but this time, he’s the one who’s taken over by another soul. Jo Jung Suk is Cha Dong Tak, a work-obsessed detective who works in the violent crimes unit. One day, he suddenly finds himself stuck with the soul of a sleazy con-artist (Kim Seon Ho) who particularly enjoys exploiting the rules. And so the two people with vastly different personalities are suddenly forced to work with each other, and trust me when I say the bromance is strong in this one. Throw in a feisty reporter (Hyeri), who attracts the attention of both men-slash-souls, and it’s just full steam ahead on this zany, feel-good drama. 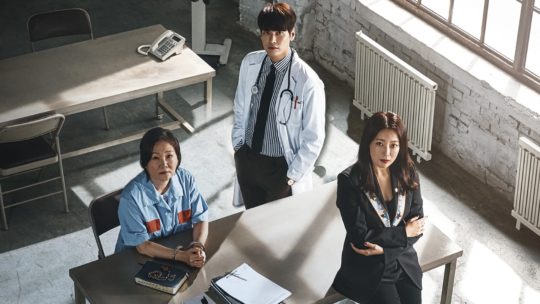 “Room No. 9” is a special breed of drama. First of all, it’s a story centered around two women who aren’t in their twenties or early thirties. And it’s a revenge thriller too, where the one seeking revenge is the female lead *gasp*. Take a second and see if you can remember the last drama that fits this criteria. No? Like I said, it’s a rare unicorn!

These two talented actresses, Kim Hee Sun and Kim Hae Sook, are an absolute joy to watch in “Room No. 9” as a lawyer and a death-row convict, respectively. They really get to flex their acting muscles and lead us on this thrilling journey as their own characters, and when the soul swap kicks in, as each other.

Catch the first episode of “Room No. 9”: 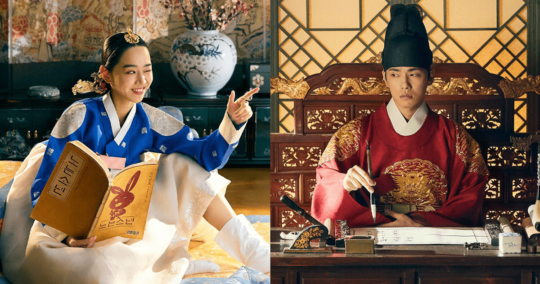 This latest entry in the soul swap genre is one that has gotten a lot of attention and buzz for its fun characters and colorful storyline. And more significantly, they have a man’s soul (that’s from modern times no less) trapped in a Queen’s body (Shin Hye Sun) while said body continues to build a relationship with the King (Kim Jung Hyun). So, as the King gradually falls for the Queen, just which of these souls is he actually opening up to? The relationships are funny, messy, and so, so relatable, and with all the chemistry crackling around, you’ll easily find yourself swept off your feet.

Which of these soul swap dramas is your favorite? And which others do you want to recommend? Share your thoughts and comments below!

Belinda_C really does enjoy this soul swap trope. They’re never not hilarious, but they have plenty of heart too. Talk dramas, SEVENTEEN, and Shinhwa with her on Twitter!

All-time favorite: “Kill Me Heal Me,” “Defendant,” “Hotel Del Luna”
Looking forward to: “Kingdom” (the variety show not the drama)